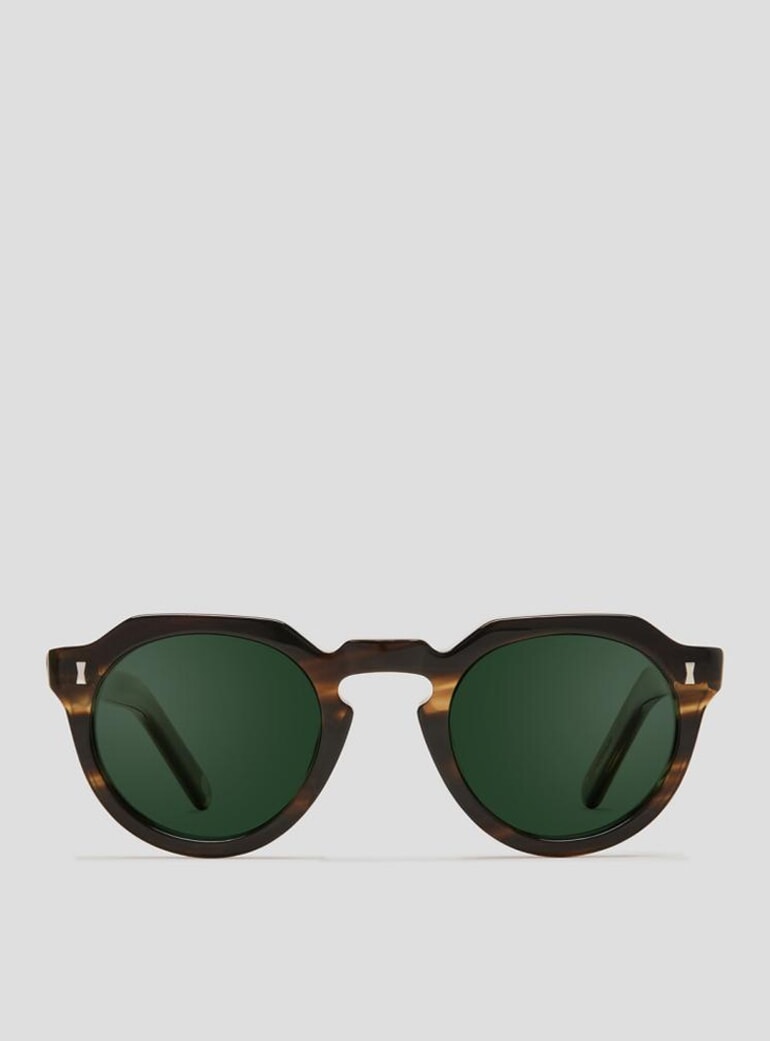 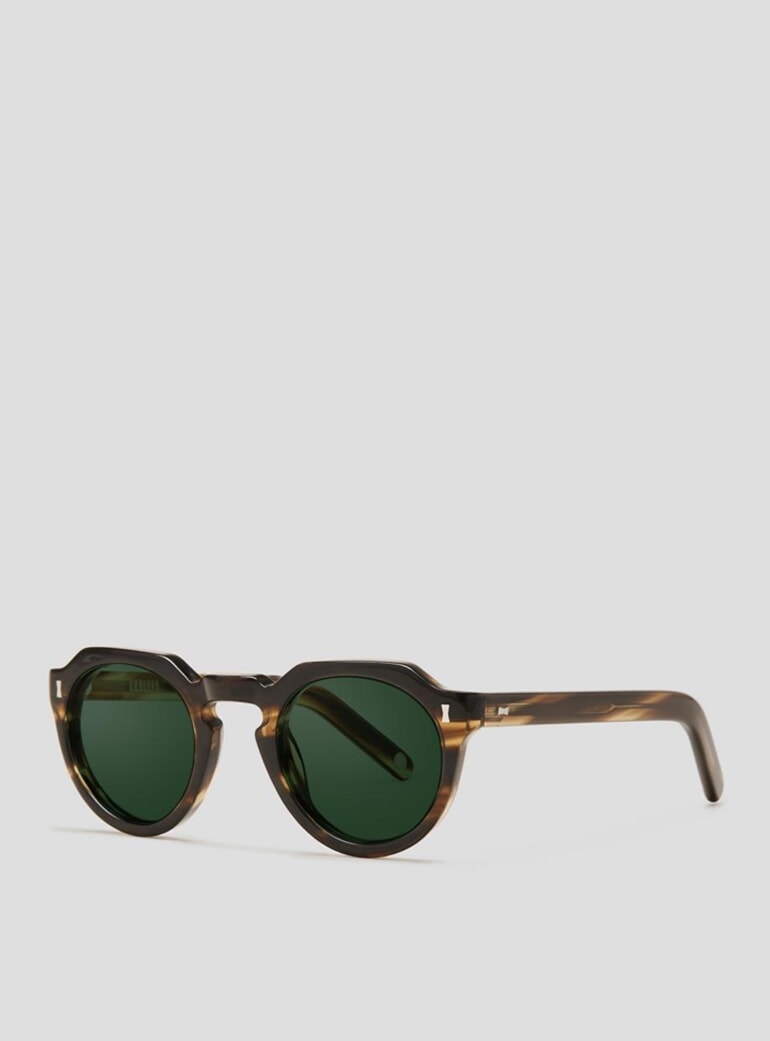 Cromer is a fabulously bold shape with a faceted brow and oversized keyhole bridge, a nod to delightful silhouettes from nineteen forties France.

Cromer takes it name from Cromer Street in southern King's Cross. Originally the land was a small 'public-house, tea-house and skittle ground', known as the Golden Boot. Later renamed to the Boot Tavern, it was the headquarters of the Gordon rioters and later was mentioned in Charles Dickens' book, Barnaby Rudge. It the 1840s, during the pomp of the Cubitt brothers in the adjoining Gray's Inn Road, Cromer Street was occupied by a class of 'small tradesmen and artisan lodgers' in densely crowded lodgings. It was previously called Lucas Street, after Joseph Lucas, variously described as 'a tin-man and tin-plate worker, of Long Acre, Covent Garden'.