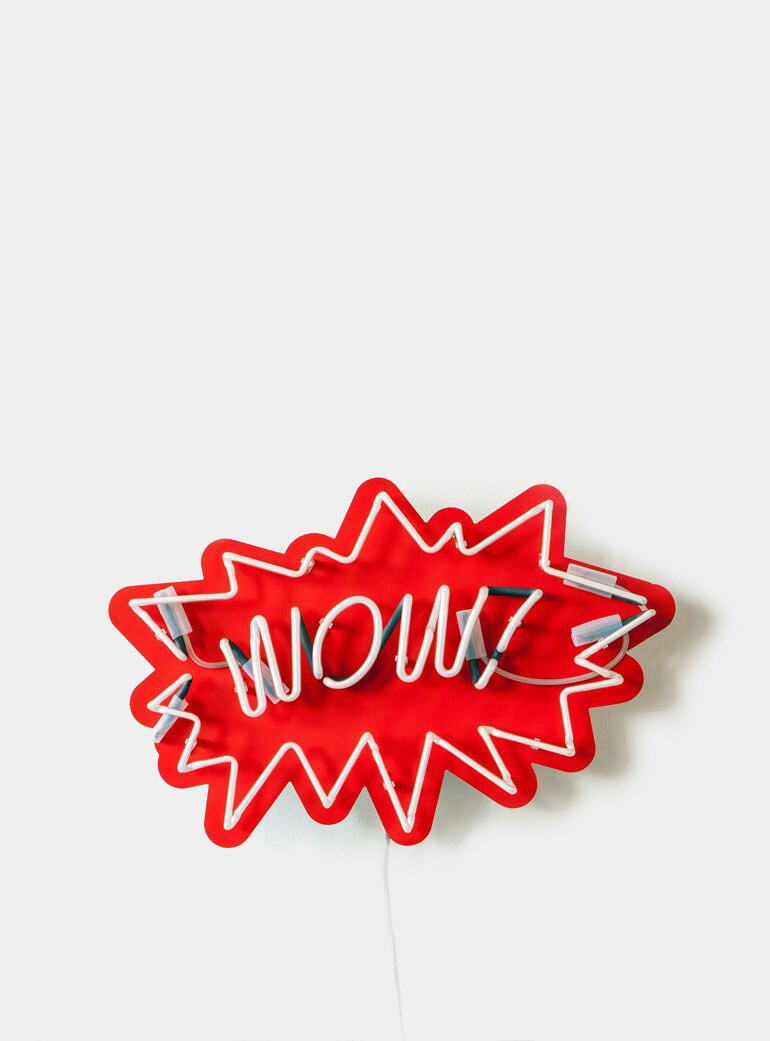 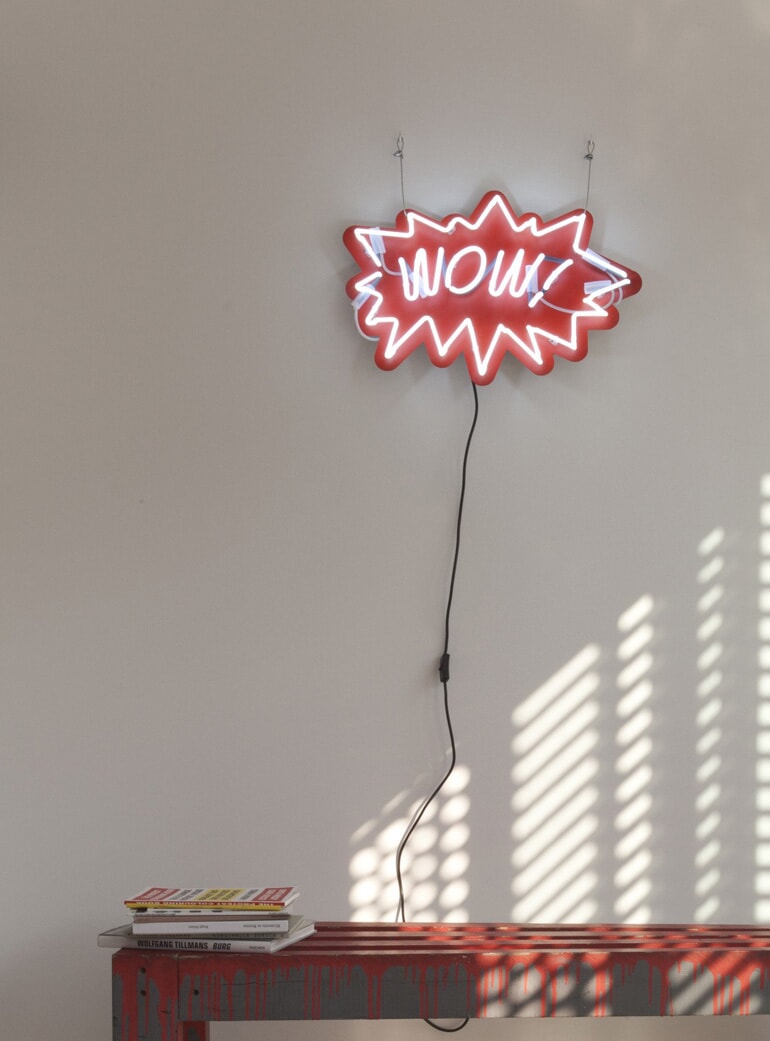 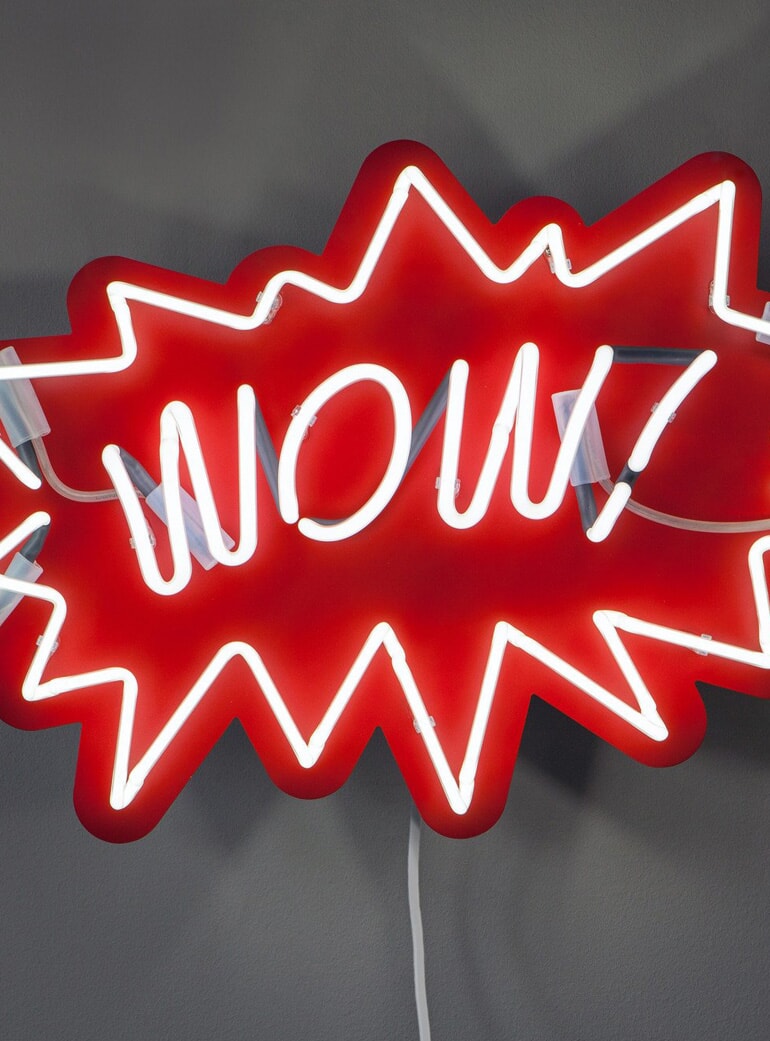 WOW is part of a new series created in honour of Pop Art, which originated from the 1950s post-war consumer boom.

The movement was flashy, young, free: a big contrast to the mainstream of the time. Most particularly it was important that text and image where closely linked to the significance of the message, which was to criticise society and its mass consumption in a slightly ironic and cheerful approach.

The neon writings in this series are specifically made in memory of Roy Lichtenstein, who based his style on an important pillar of mass communication: comics. The neon signs that we offer here are exactly that: young, flashy, happy and free!

No installation needed. All works are pre-assembled on acrylic with a hanger in the back to easily hang it. We deliver the right convertor for your country (230V or 110V).

Sygns take the satisfaction of their customers very seriously. Every product is inspected to the highest possible quality standards before dispatch. However, if you are not totally satisfied with your purchase you can return it to them within 14 days for an exchange or full refund.