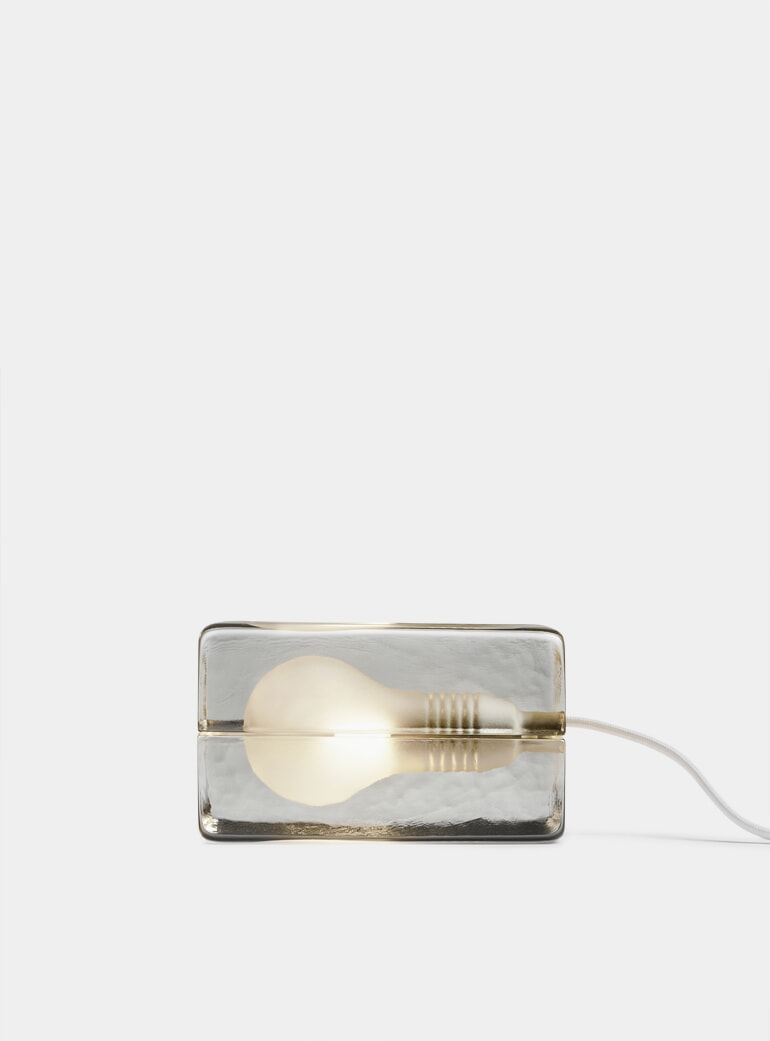 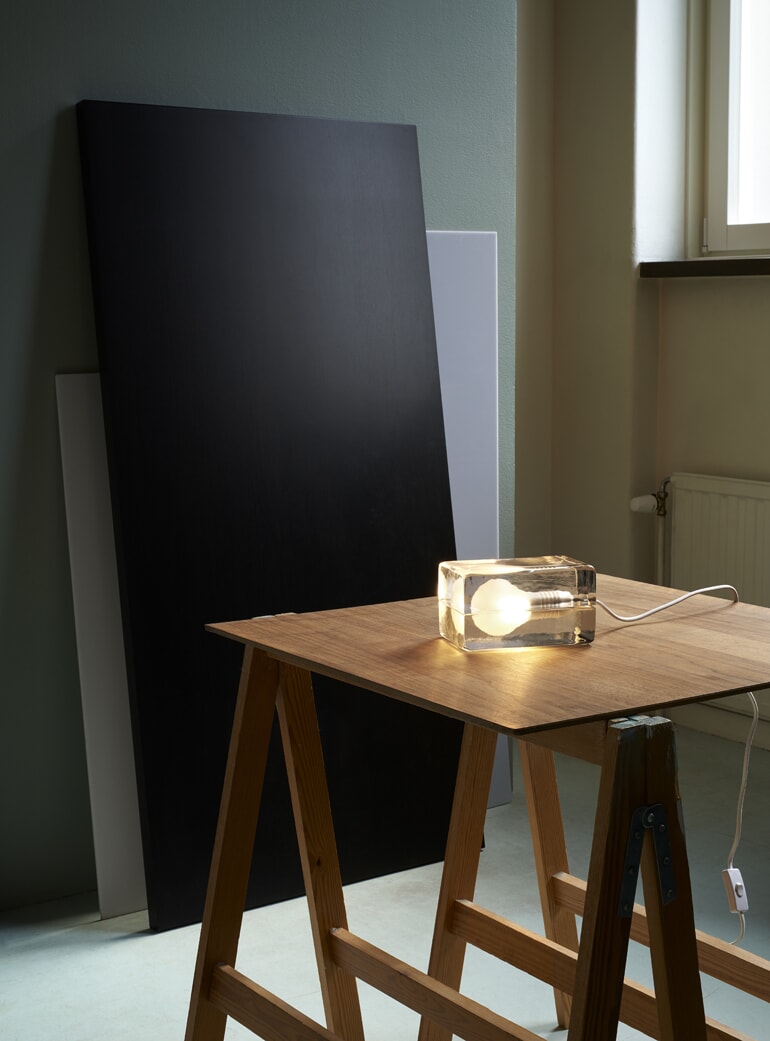 Harri Koskinen’s frozen light bulb Block Lamp is a modern classic. Launched in 1997, it has received numerous awards and became part of MoMA’s permanent collection in 2000. Since 2014, the Block Lamp is upgraded with a LED light bulb.

The idea for the Block Lamp was born during a workshop at the University of Art and Design Helsinki. The students were given an assignment to design a gift for a wedding. ”I had this simple form that I wanted to cast in glass, and got the idea to ’wrap’ something into the glass. I first tried a couple of snaps glasses, but then the same thing happened like always when I’m in the design process – at a subconscious level I started reducing.”

Harri Koskinen is without doubt Finland’s most important designer today. Born 1970 in Karstula, Finland, Harri’s ingenious design language is deeply rooted in Finnish design tradition, striving for austerity and simplicity. Today he runs his own company Friends of Industry, with clients like Finnish Artek, Iittala and Marimekko, and international brands such as Magis, MUJI, Swarovski, and Issey Miyake. Harri was appointed design director of Iittala in 2011.

From lighting, furniture, watches, loudspeakers, textiles, packaging for Finlandia, art glass to architecture – it’s hard to find a designer with a broader range of work. But Design House Stockholm is proud to say the Block Lamp is probably still the one piece Harri is best known for.

Harri has received numerous awards, including the Compasso d’Oro, also known as ’the Nobel Prize of the design industry’. In 2009 Harri received the Torsten and Wanja Söderberg Award, one of the world’s largest design awards. The jury noted that despite his young age, Harri is probably Finland’s most renowned designer whose design is a perfect combination of tradition and renewal.

Design Stockholm House takes the satisfaction of their customers very seriously.Every product is inspected to the highest possible quality standards before dispatch. However, if you receive defective or damaged items please contact us. As Design Stockholm House items are made to order, no returns are accepted;