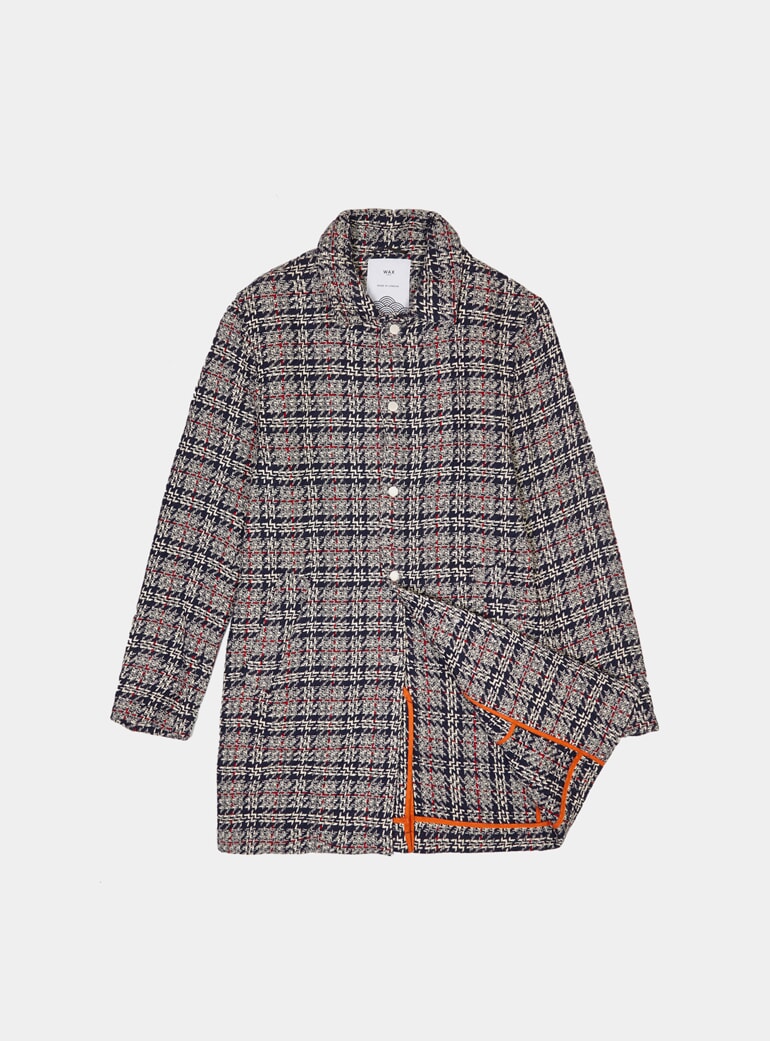 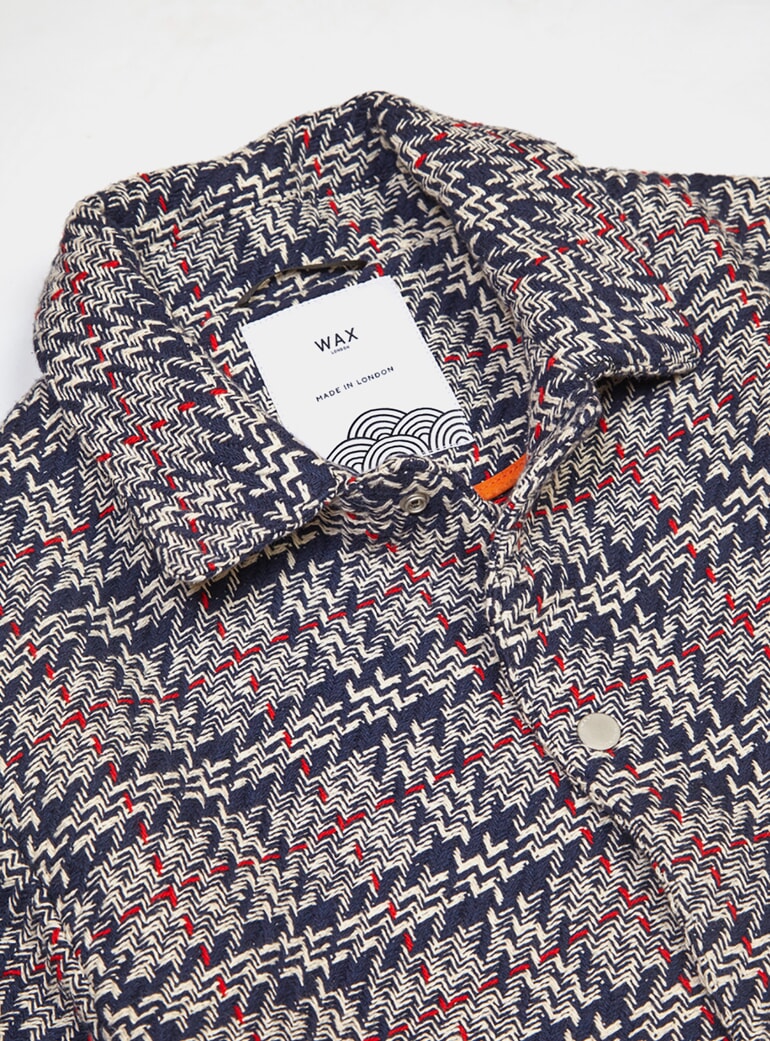 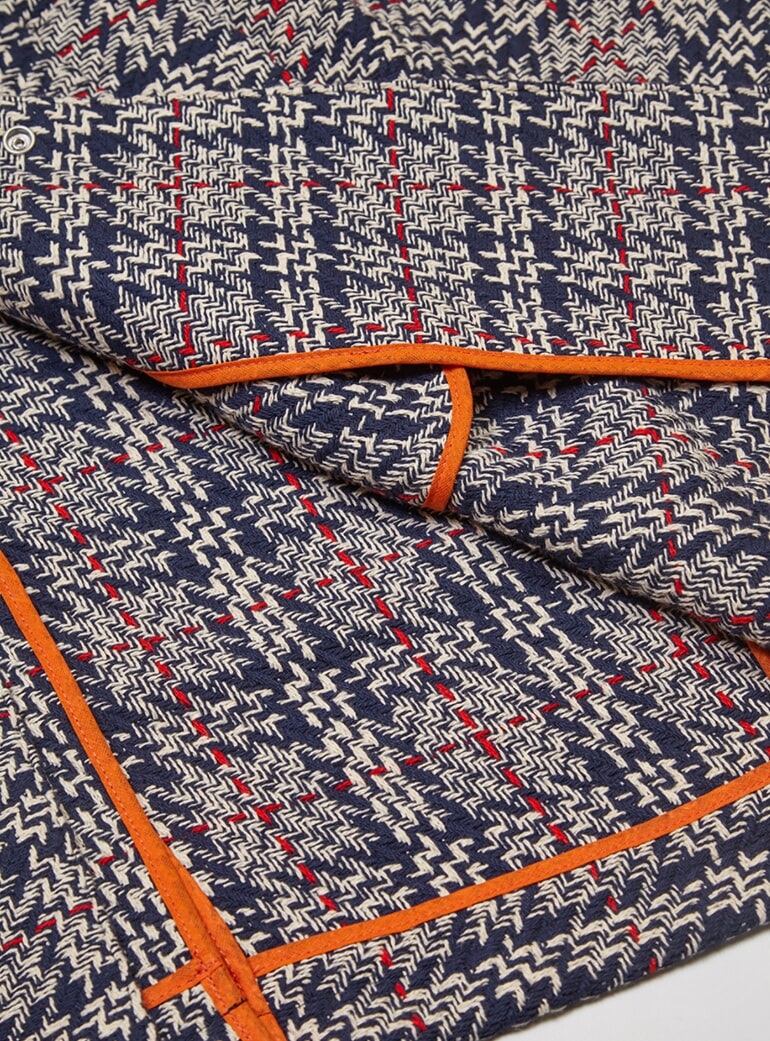 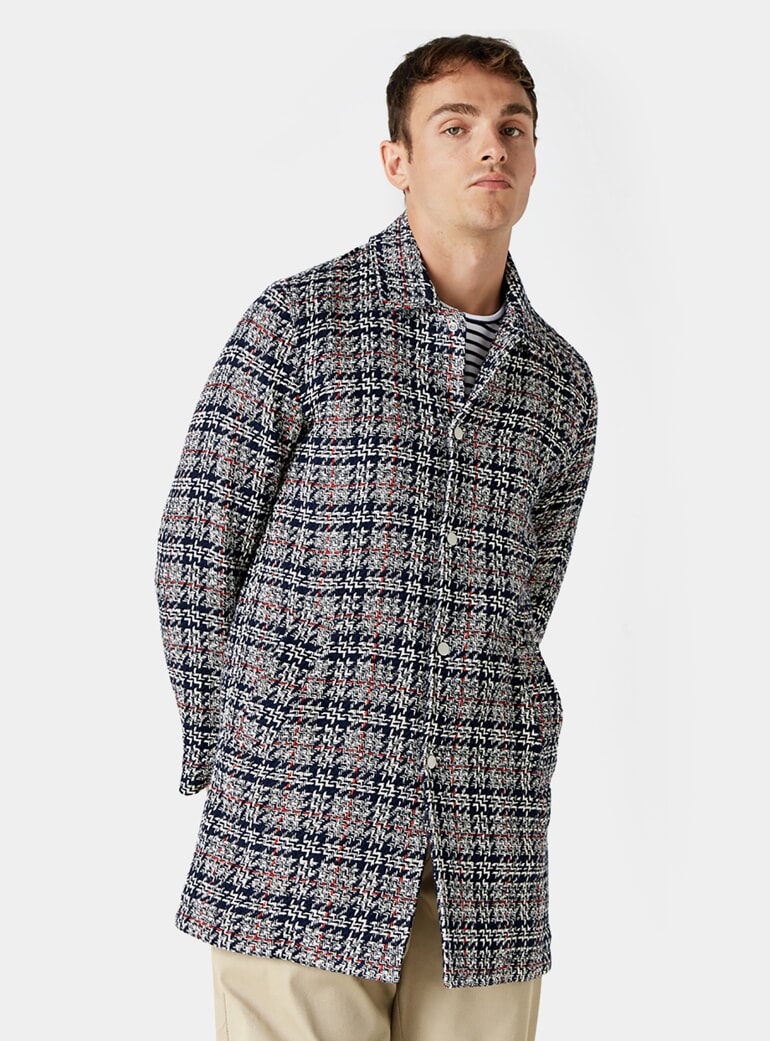 Wax London's very first product, The Waxed Navarino Mac, is where it all started (and what informed Wax London's name - Wax). Through painstaking research, trial and error Wax London have developed an all-weather raincoat that fuses the century old art of waxing cotton with the structure, fit and performance of a contemporary raincoat. Now in its third iteration, it boasts a host of new updates and colours whilst retaining the original features that made it Wax London's bestselling style.

The breathable treated cotton now comes in over 10 colors, including here in a 'Midnight' variation of Wax London's famous heavy tweed (as seen on the Whiting shirt). The jacket is unlined and fuss-free, with contrast binding on the inside. It features two external pockets.

The nature in which the fabric has been treated makes it very hard to crease, so you can wear it travelling, pack it in a case and even wipe it down by hand if necessary. It is your season-less versatile top layer you’ll want to take everywhere. *Fun fact - The Navarino was named after the street adjacent to Wax London's favorite east London pub, and aptly, where Wax London's founder would frequently forget his jacket. Wax London thought it was a fitting tribute.

If you are not fully happy with your Wax London item, you can return it to them within 14 days of receipt, providing they are in original resalable condition. 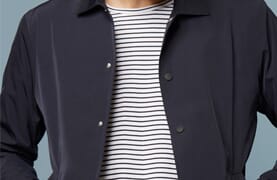