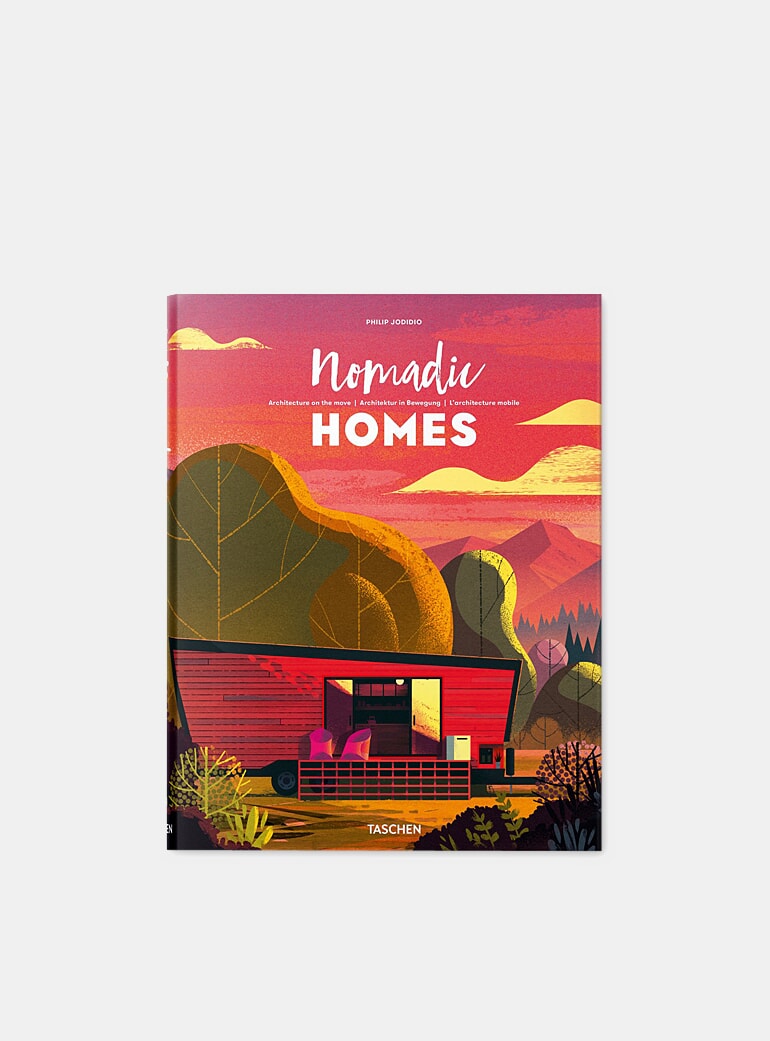 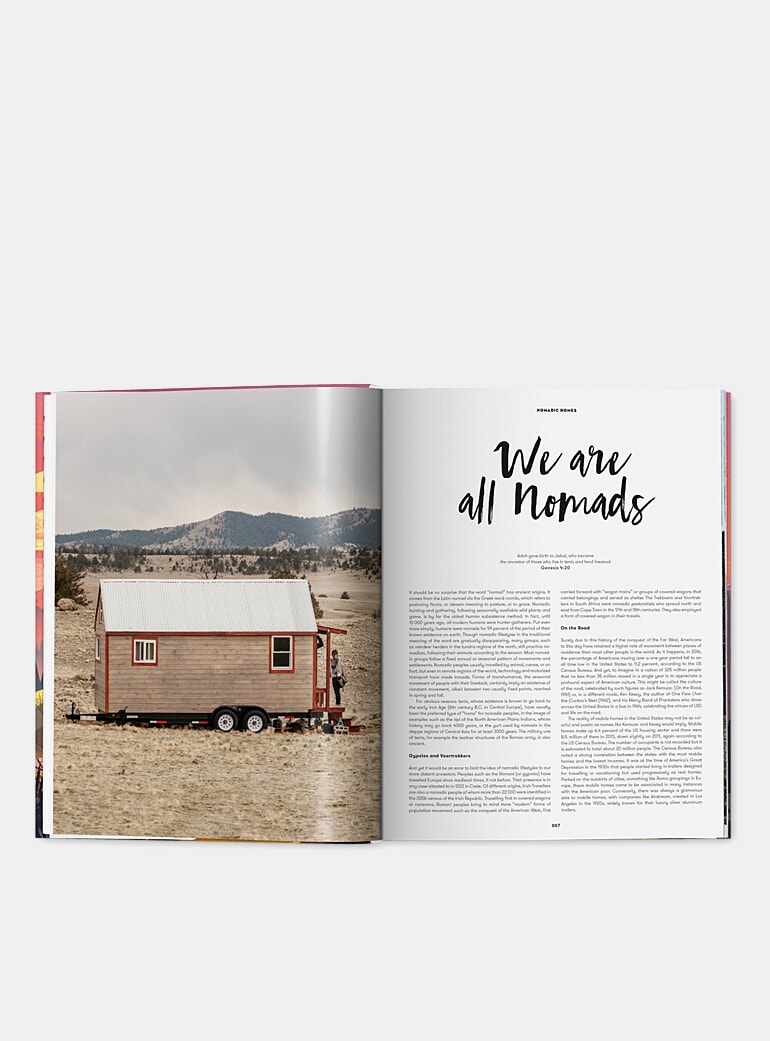 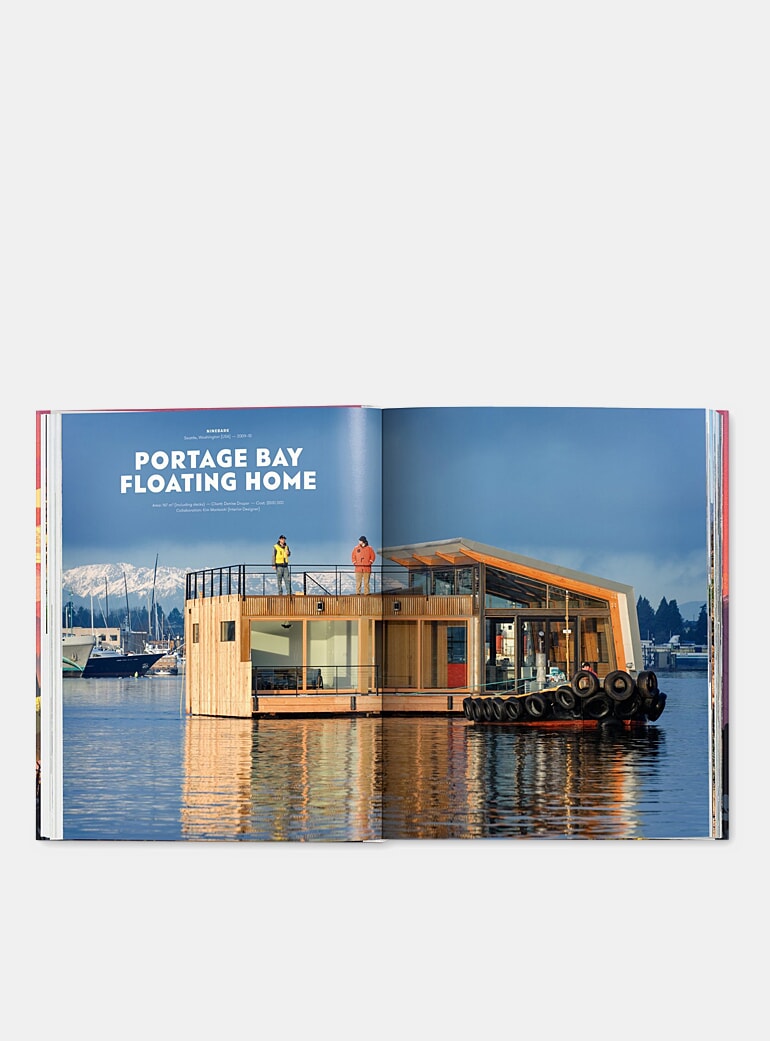 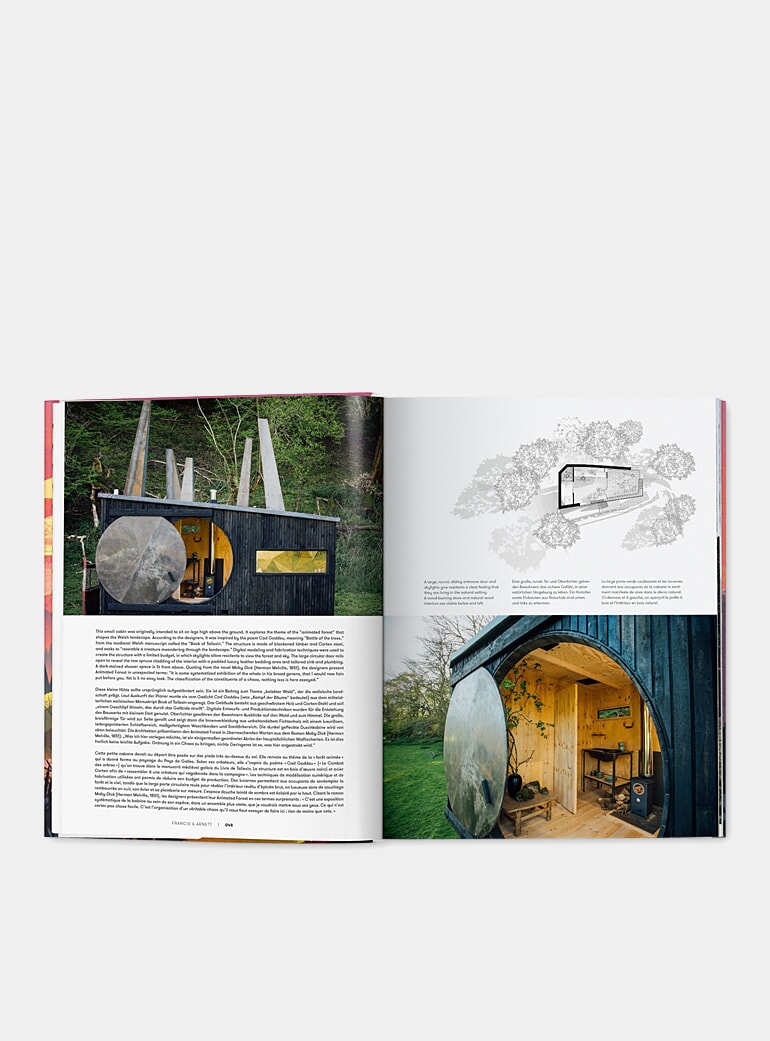 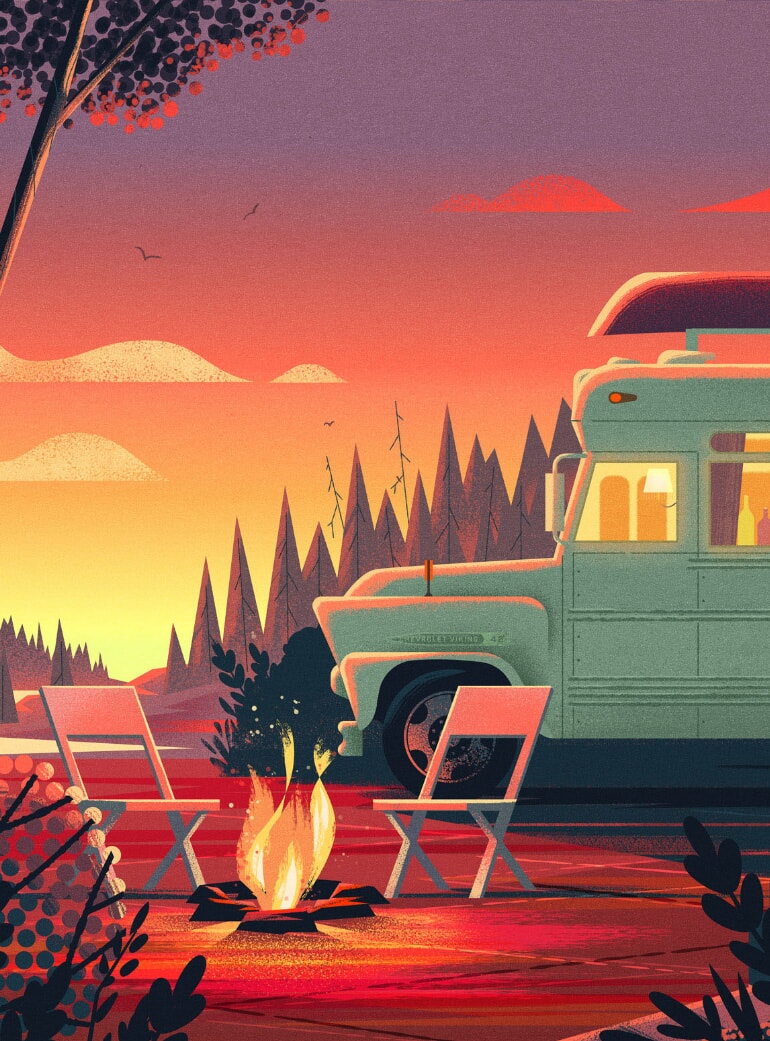 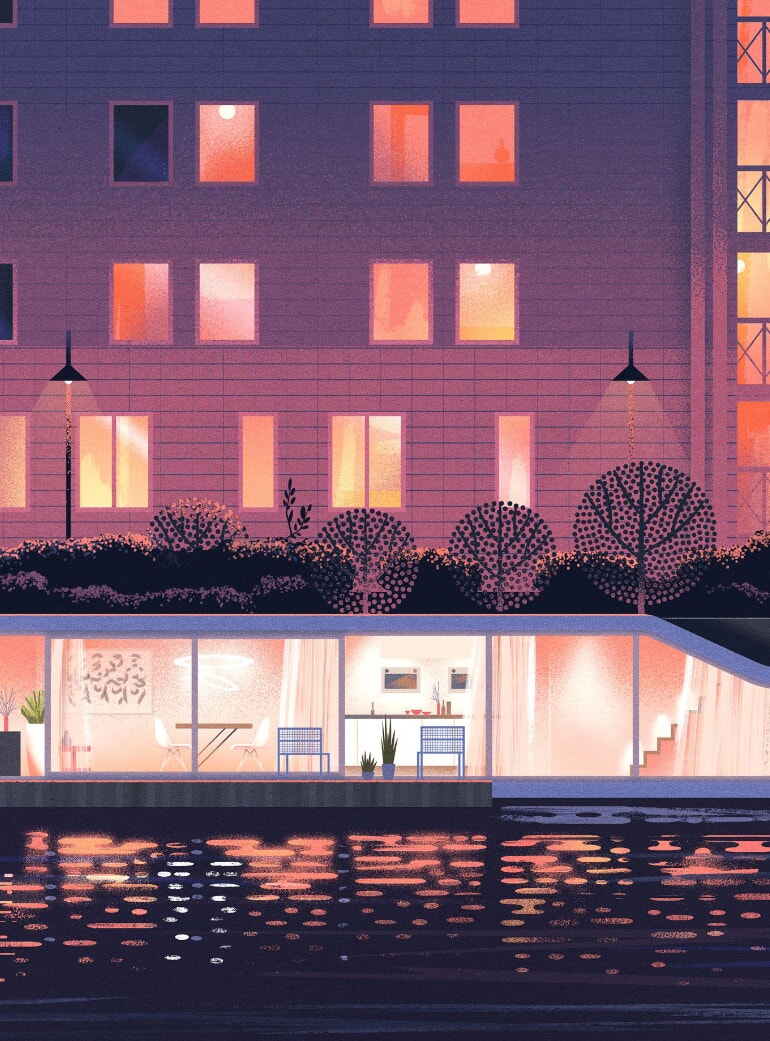 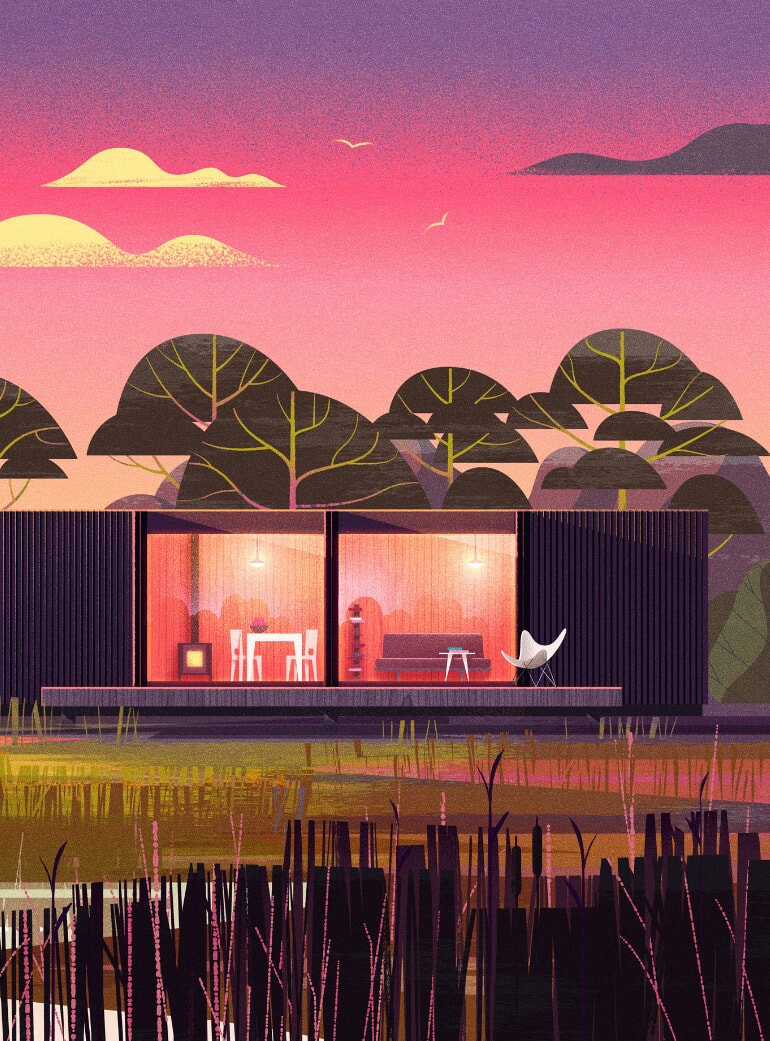 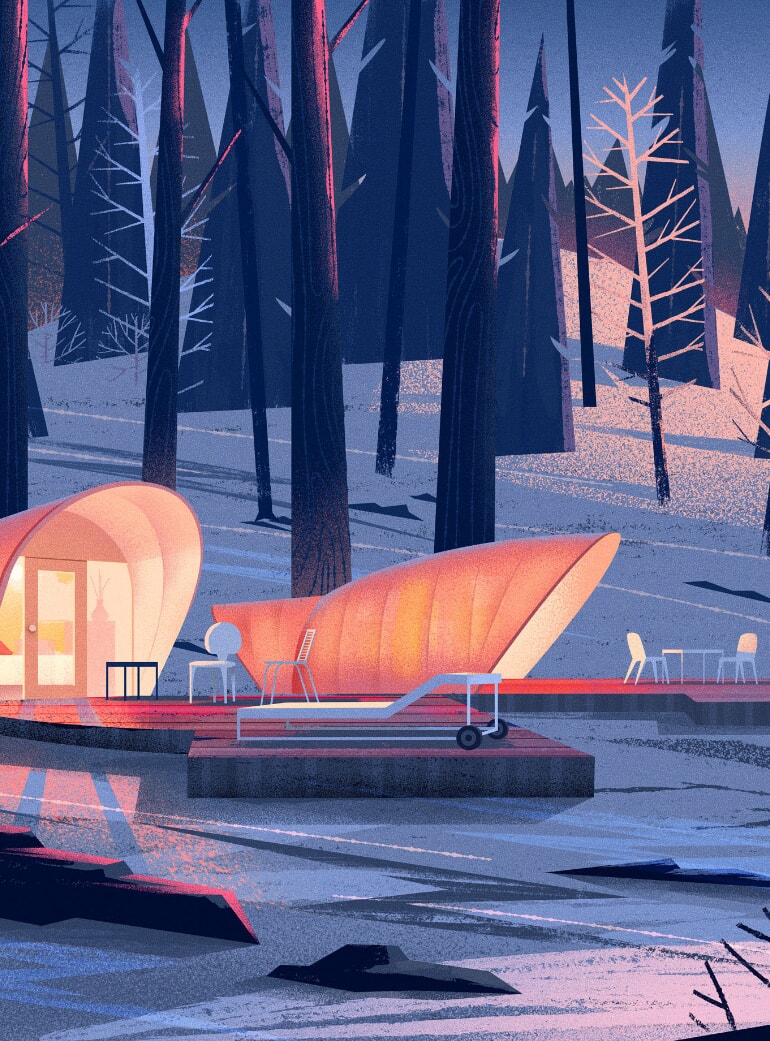 In this illustrated volume about nomadic homes, Philip Jodidio explores some of the most remarkable examples of homes on the move, from revamped Airstreams and clever luxury houseboats to refugee housing by Shigeru Ban. In an abundance of shapes, sizes, and extremes, each abode is presented with interior and exterior photography and a profile of its concept, designer, and inhabitants.

Nomadic homes come in all shapes and sizes. They are for the wealthy and the poor, the trendy and the out-of-luck. Changing one’s place of residence is an endeavor that is as old as humanity, for reasons of a season, or, more recently, to better occupy leisure time.

Written and edited by Philip Jodidio, this volume with illustrations by Russ Gray contains some of the most remarkable examples of homes on the move. Starting with totally revamped Airstream mobile homes, and going on to spectacular moveable vacation houses of the Epic Retreats “pop-up boutique hotel” in Wales, this book doesn’t stop moving, surveying the best in campers and tents, and going on to extravagant marine dwellings like BIG’s Urban Rigger, or the Manta Underwater Room in Zanzibar. At the other end of the spectrum, TASCHEN finds refugee housing for those forced into a life on the move, including shelters designed by the Pritzker Prize-winning architect Shigeru Ban.

What we discover throughout is that the nomadic spirit of TASCHEN'S hunter-gatherer ancestors is very much alive in the modern world. Where architecture has often sought stability and thus the lack of movement, modernity has brought a sense of the finite, and a good deal of modesty about posterity and longevity. What more contemporary thought could there be than to seek nothing so much as to move, to grow perhaps, but always to move. “A good traveler,” said the ancient Chinese philosopher Lao Tzu “has no fixed plans and is not intent on arriving.” As this book ably shows, it is the journey that counts.