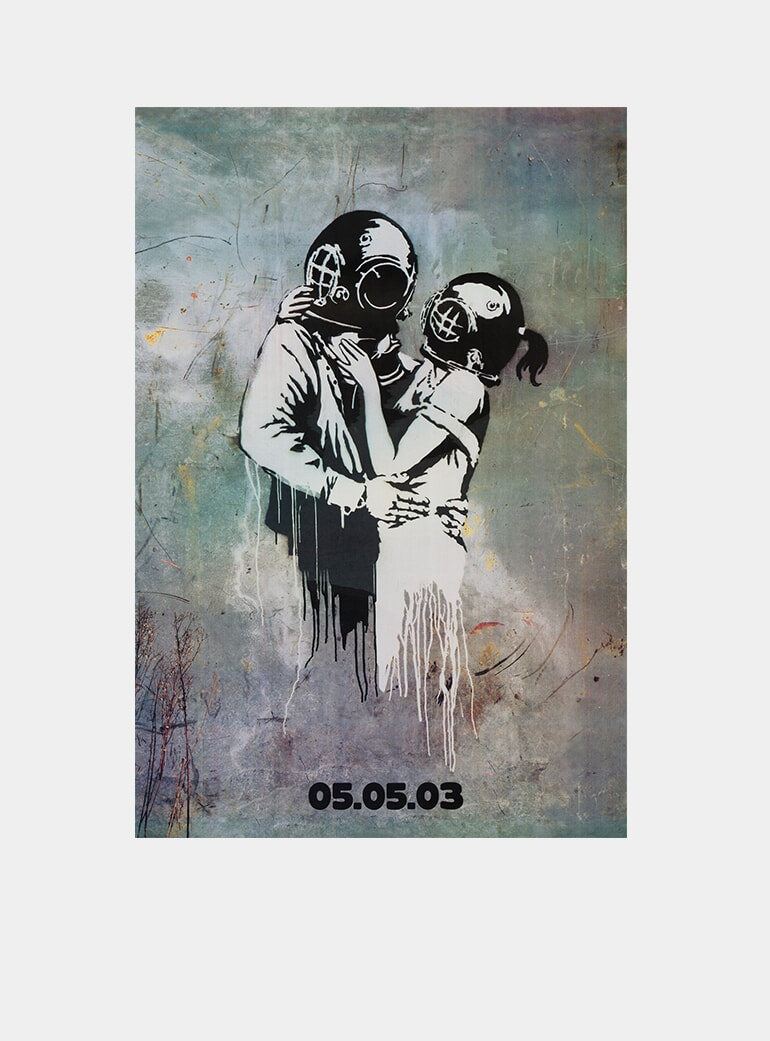 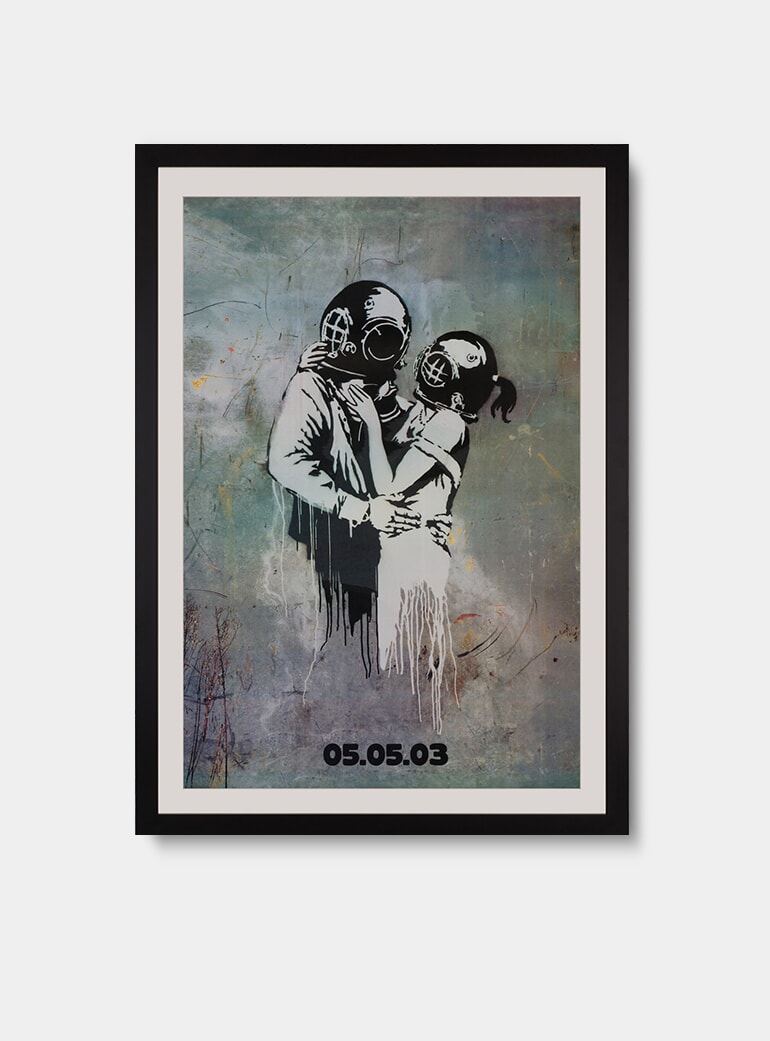 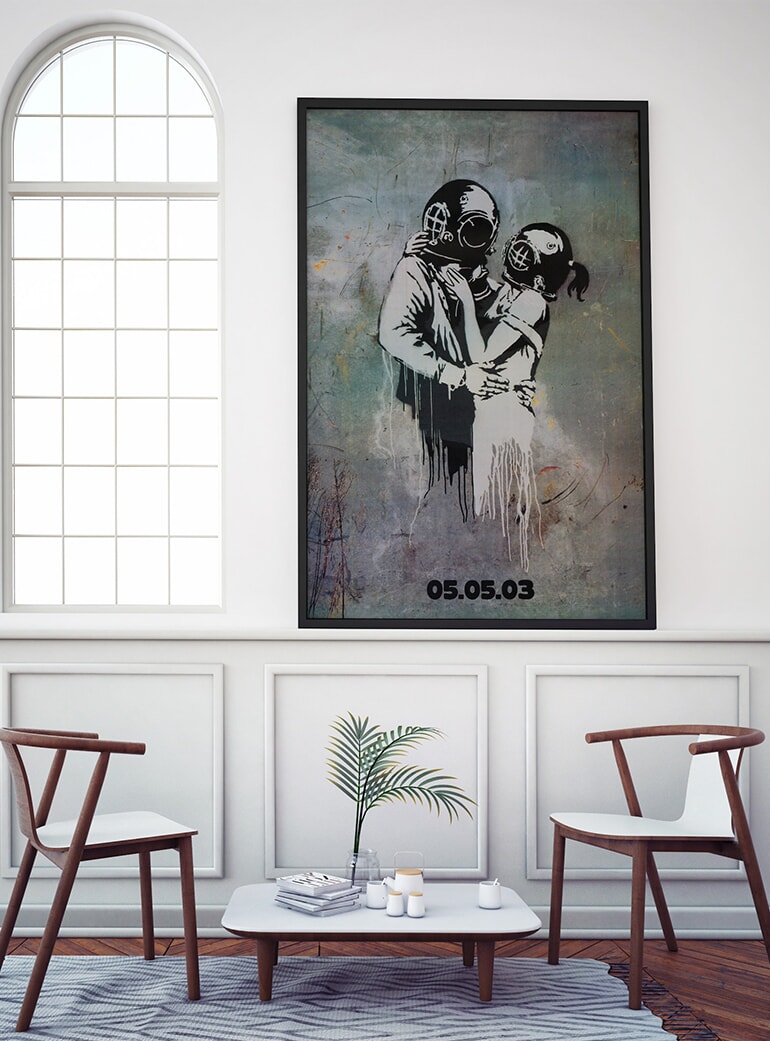 An oversized UK promotional poster by anonymous street artist Banksy for the 2003 release of Britpop band Blur's seventh studio album Think Tank. In a rare foray into commercial work for the elusive Banksy, he created designs for the entire marketing campaign including album and single covers, vinyl and CD promos, as well as the press ads, posters and large-sized fly sheets.

Banksy later said of the collaboration I've done a few things to pay the bills, and I did the Blur album. It was a good record and [the commission was] quite a lot of money. I think that's a really important distinction to make. If it's something you actually believe in, doing something commercial doesn't turn it to shit just because it's commercial.

Otherwise you've got to be a socialist rejecting capitalism altogether, because the idea that you can marry a quality product with a quality visual and be a part of that even though it's capitalistic is sometimes a contradiction you can't live with. But sometimes it's pretty symbiotic, like the Blur situation.

Very minor bumps to corners some handling creases to edges. Light undulation from being lightly and partially tri-folded at one time. Image and colours otherwise excellent.