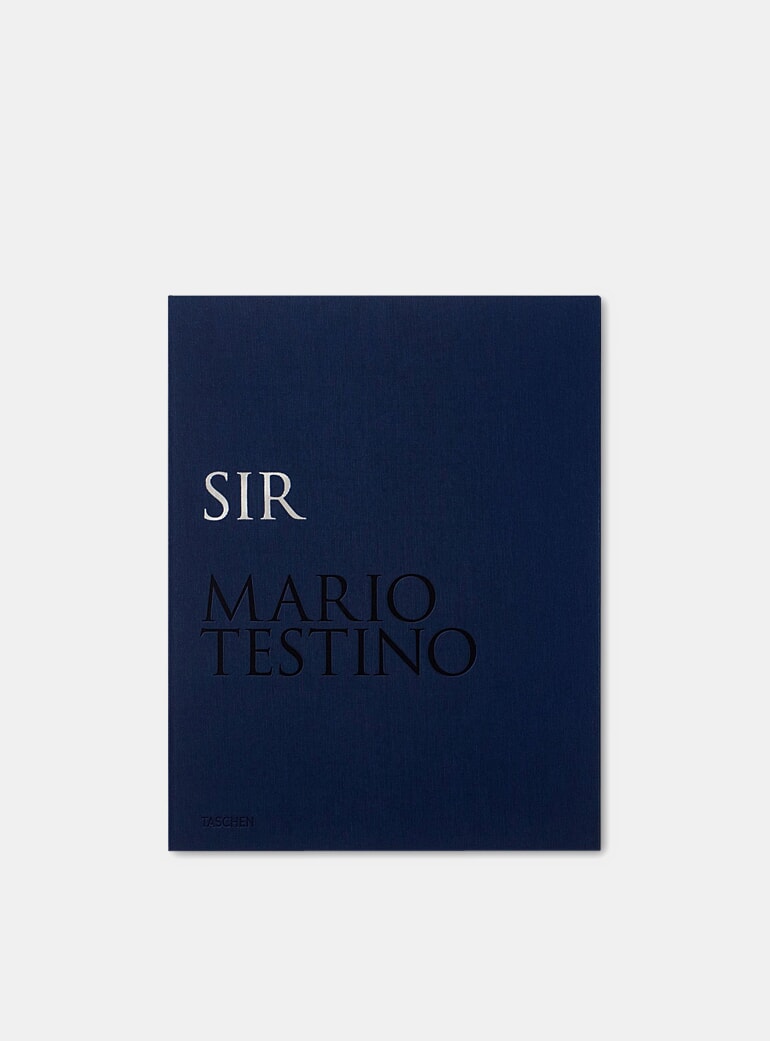 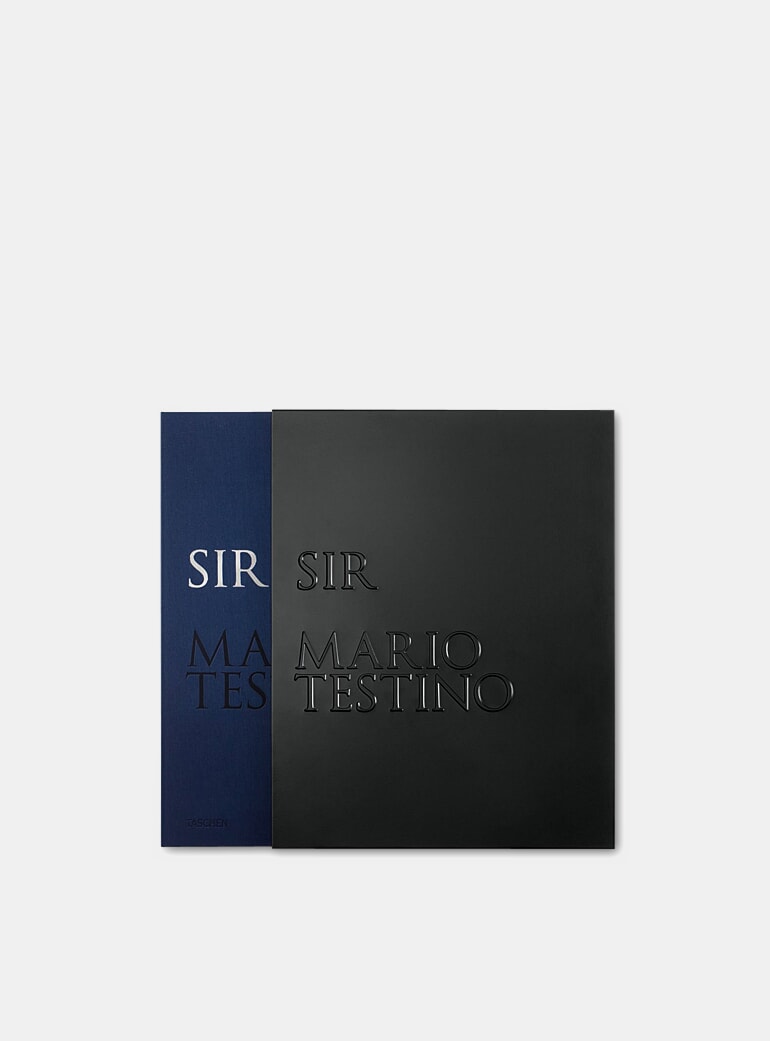 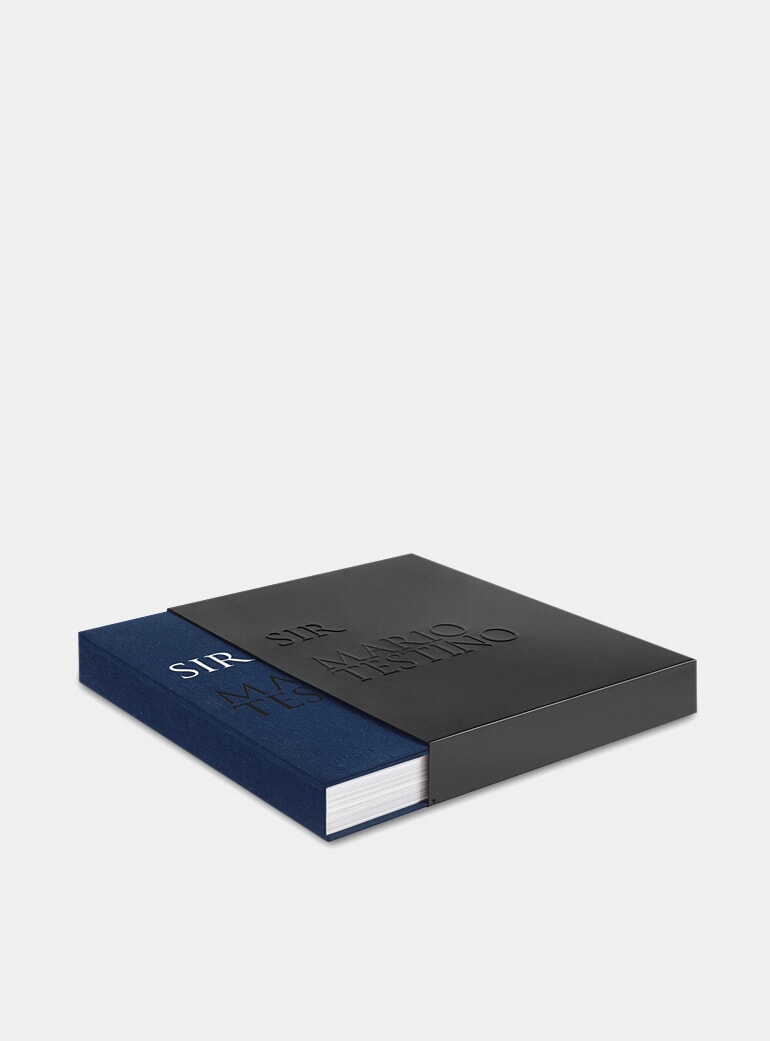 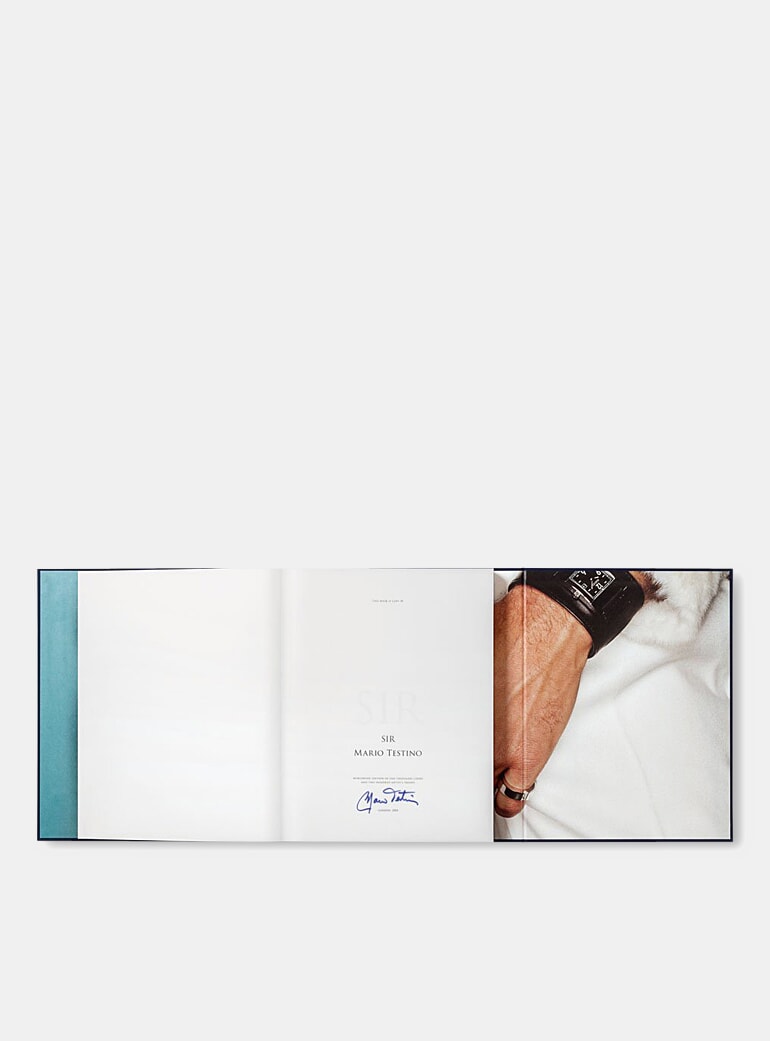 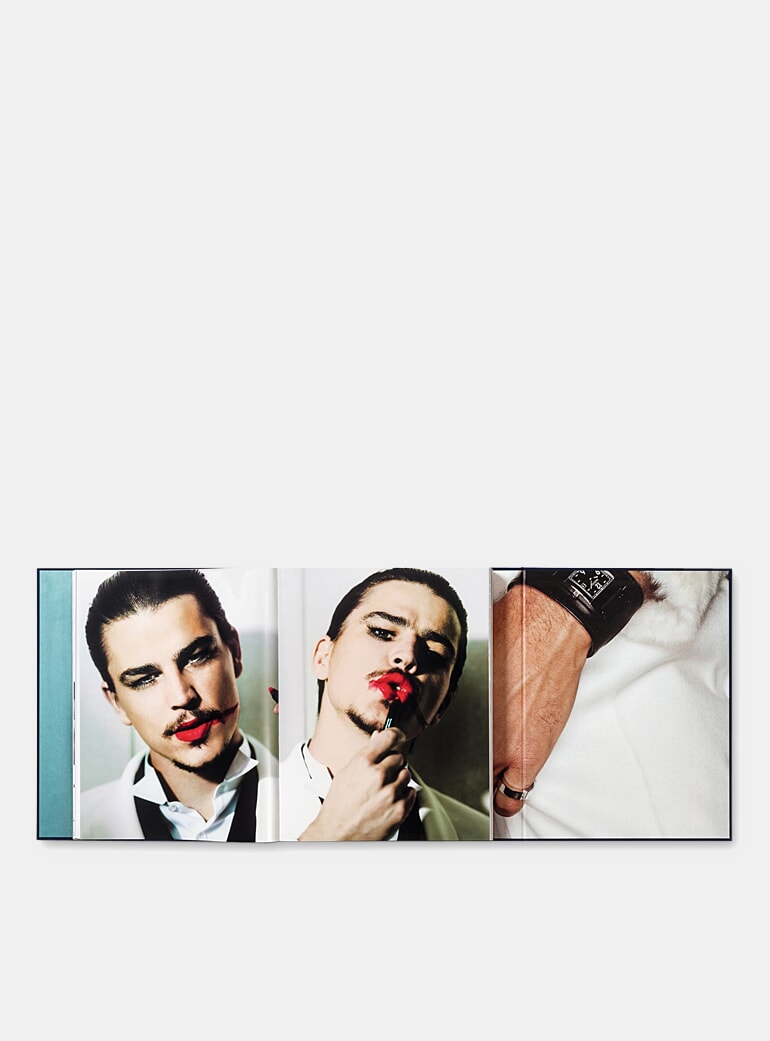 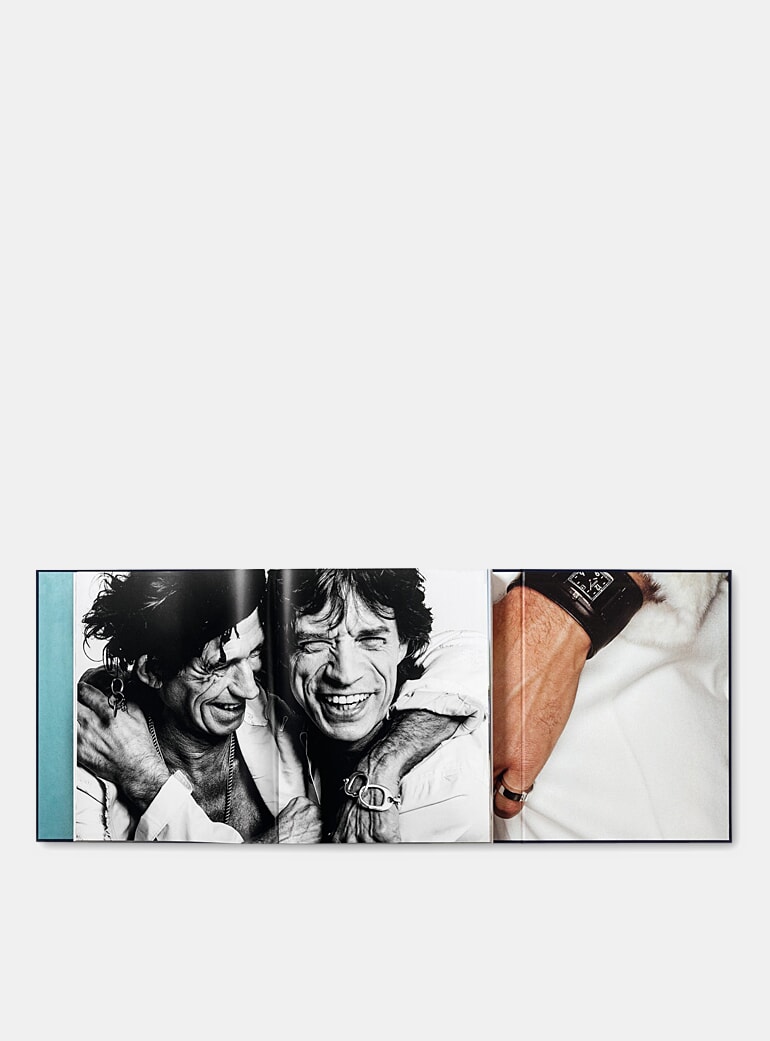 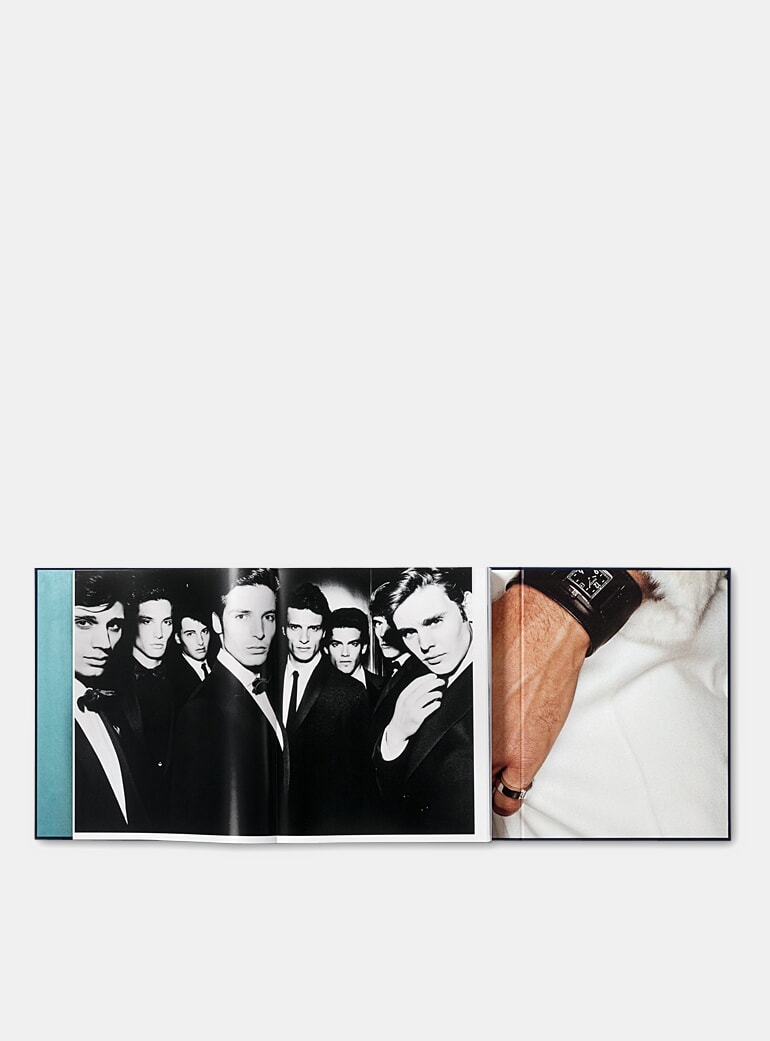 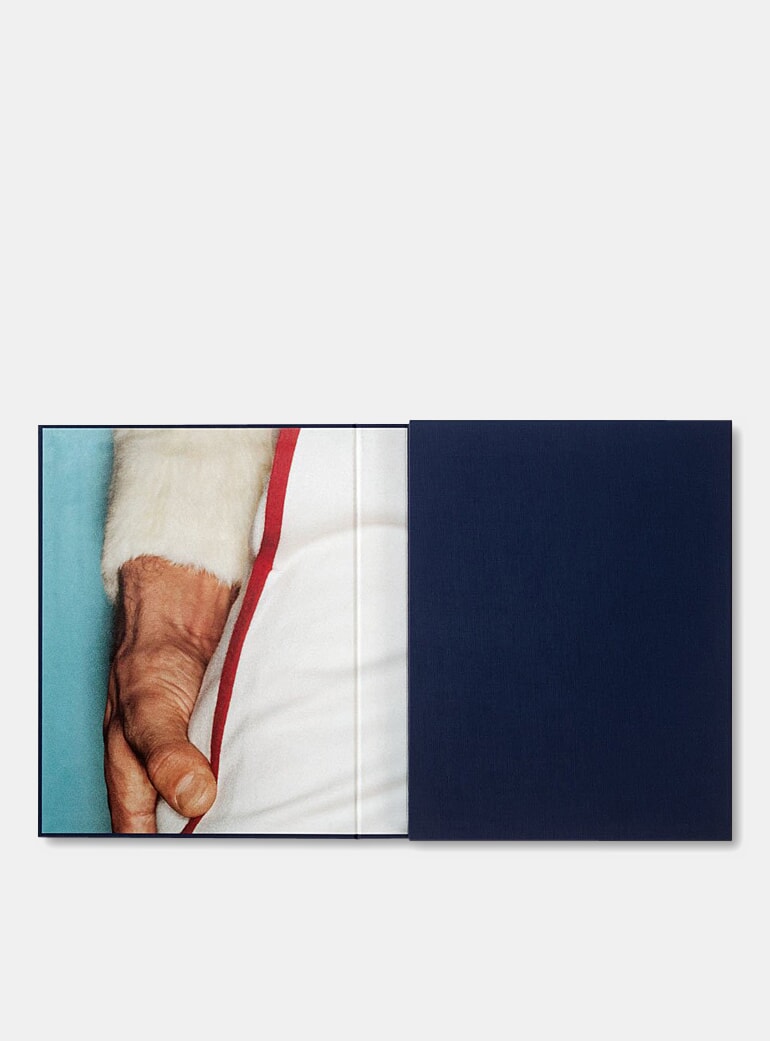 Mario Testino selects his finest male portraiture from the past thirty years. As a costume, gender play, photojournalism, tradition, and fashion collide, this Eden of male allure is testimony both to Testino’s unfailing eye for immediacy and elegance, and to the evolution of male self-expression.

Limited edition of 1,000 numbered copies, each signed by Mario Testino, bound in Japanese cloth, and delivered in a metal slipcase.

“The way men are seen in photography, in fashion, and the way that men look at pictures of themselves has changed in recent years. It is a subject that has come into focus: The masculine image, a man’s personal style, changing attitudes to the male face and body.” — Mario Testino

From Rio to London, Cusco to Seville, Mario Testino is renowned for his free-spirited chronicles of dress and demeanor. In SIR, his largest book to-date, the influential photographer presents over 300 photographs in his search to define the allure of men.

Featuring an essay by Pierre Borhan, an interview with Patrick Kinmonth, and many previously unpublished works from Testino's archive of thousands, this book traces the evolution of male identity over the past three decades. Costume, tradition, gender play, portraiture, photojournalism, and fashion collide as Testino observes masculinity in all its modern manifestations: through the dandy and the gentleman, the macho and the fey, the world-famous face to the unknown passerby.

Every photograph represents a unique point of view, and a new visual connection between photographer and sitter. With Josh Hartnett for VMAN (2005), Testino evokes the fall of Helmut Berger in the abyss of Luchino Visconti’s The Damned. Studies of Brad Pitt, George Clooney, Jude Law and Colin Firth are as candid as they are curious. David Beckham, David Bowie, Mick Jagger and Keith Richards feature for the courage they have taken in redefining male identity. Through a kaleidoscope of guises, these portraits define a period in which men’s changing role, style and appearance has never escaped Testino’s eye and impeccable intuition.