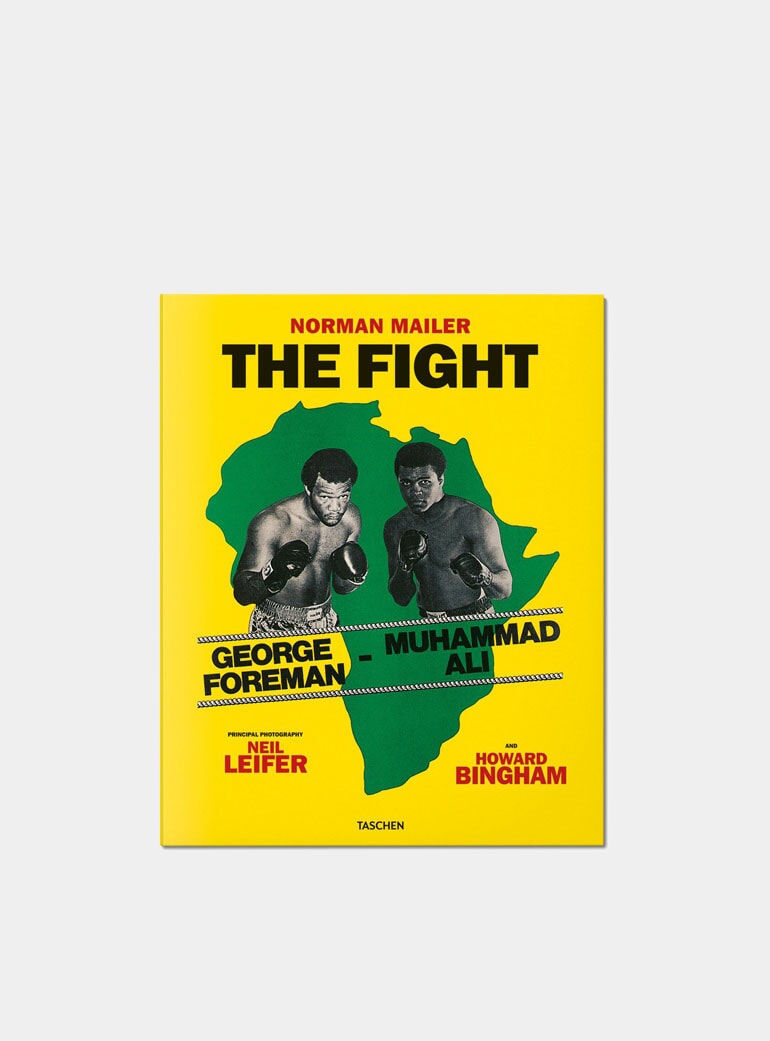 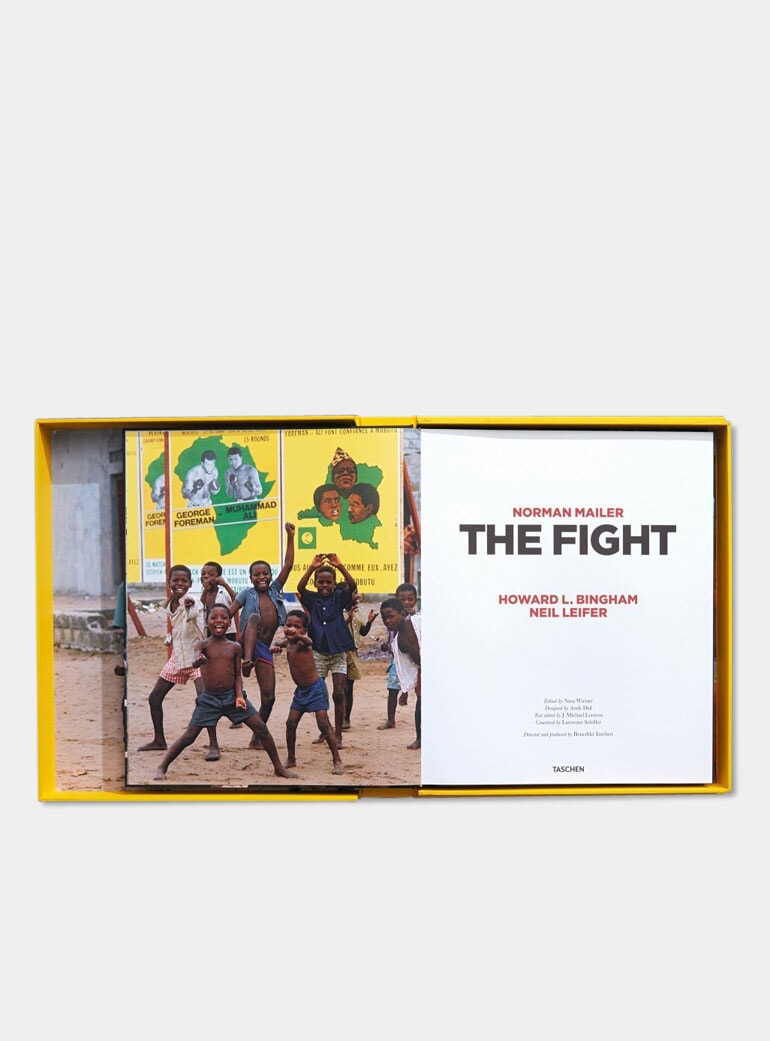 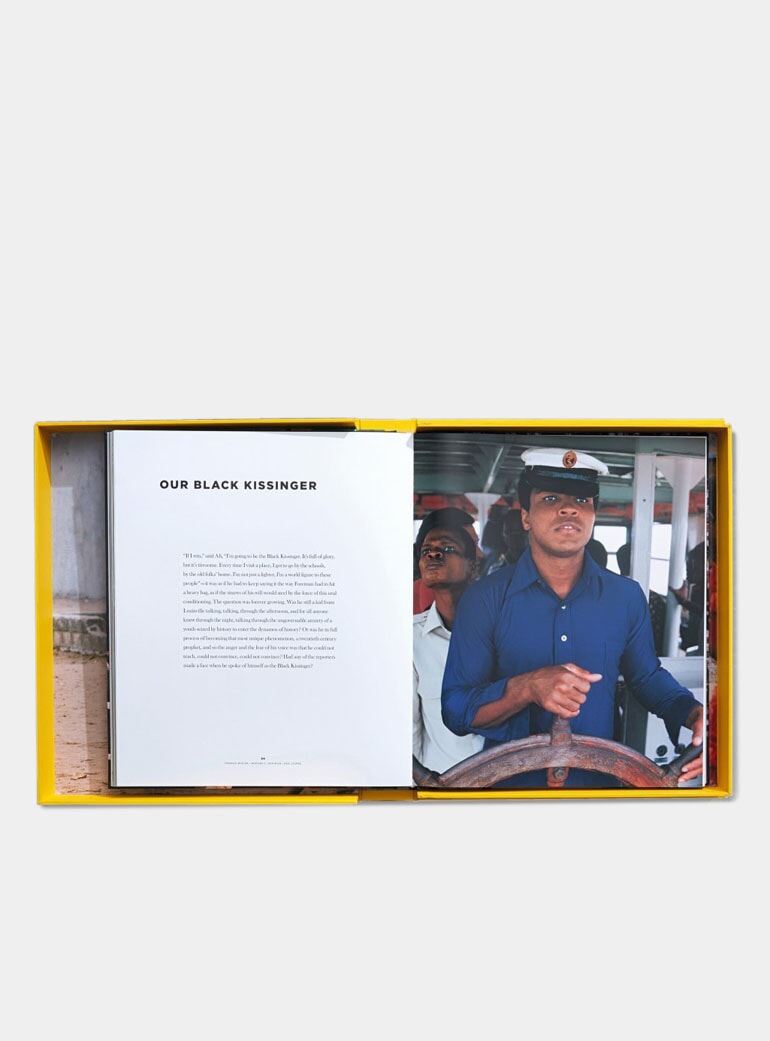 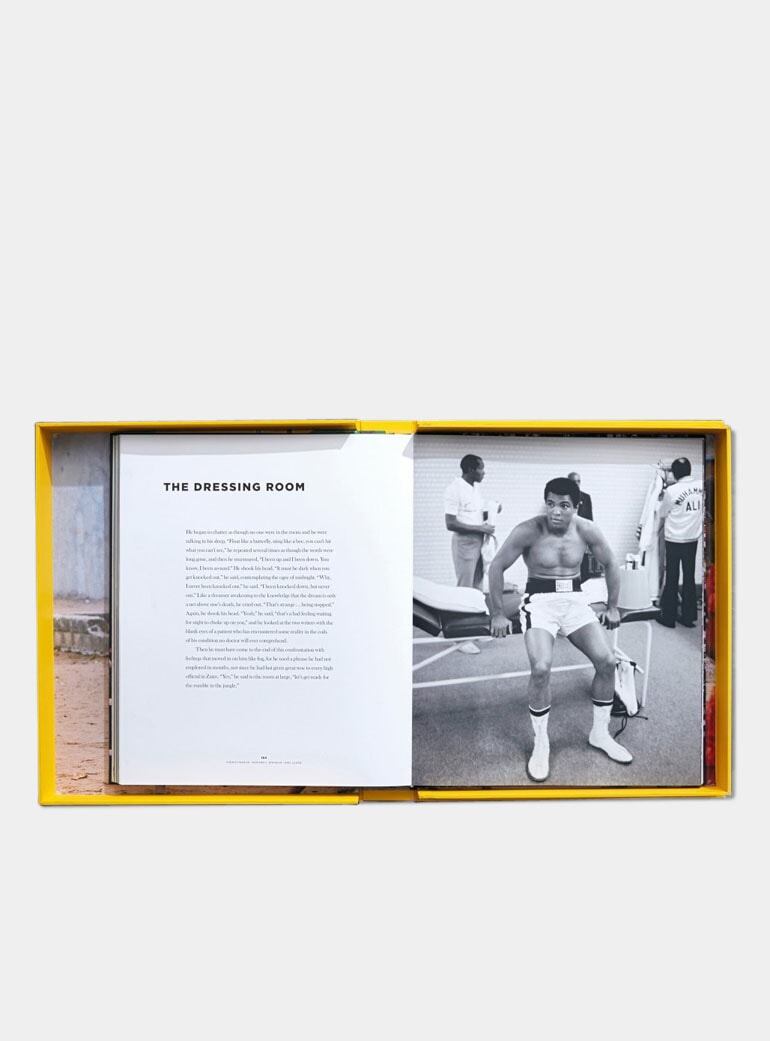 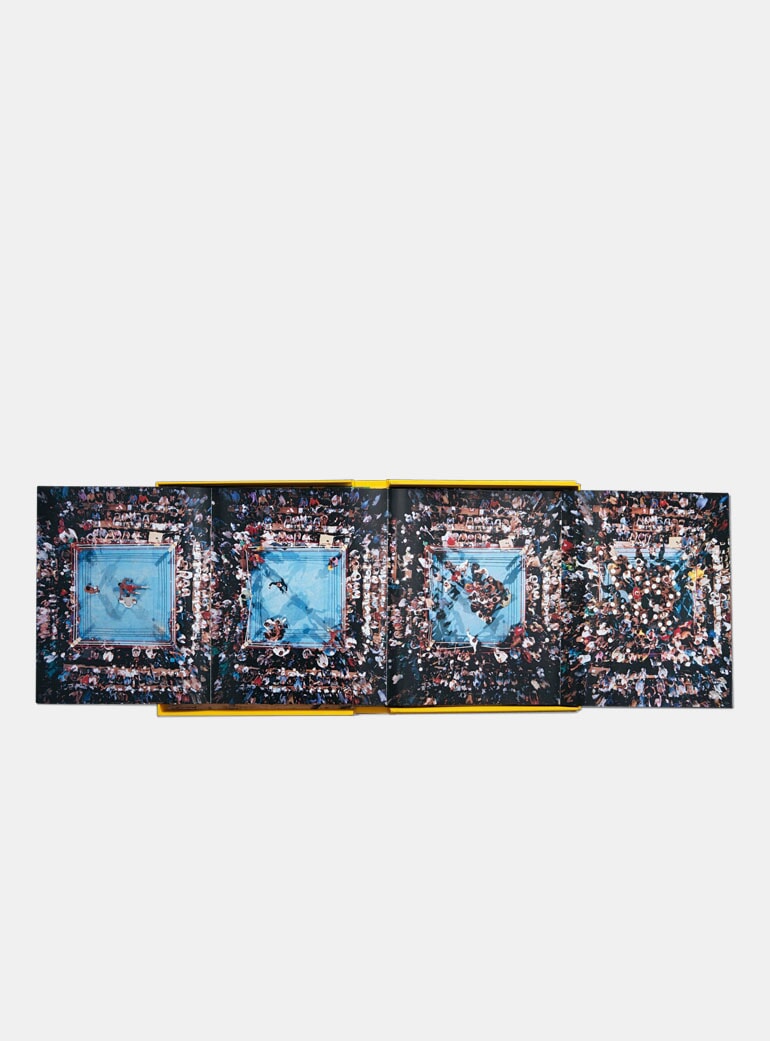 This dazzling tribute to Muhammad Ali and George Foreman’s 1974 boxing match in Kinshasa, Zaire, brings together the best of Norman Mailer’s classic commentary The Fight with color and black-and-white photographs from the two men who captured Ali like no one else: Neil Leifer and Howard L. Bingham.

Collector's Edition (No. 251–1,974), each numbered and signed by Neil Leifer and Howard L. Bingham

On October 30, 1974, in Kinshasa, Zaire, at the virtual center of Africa, two African American boxers were paid five million dollars apiece to confront each other in an epic match. One was Muhammad Ali, who vowed to reclaim the championship he had lost. The other was George Foreman, who was as taciturn as Ali was voluble and who kept his hands in his pockets “the way a hunter lays his rifle back into its velvet case.”

Observing them both was Norman Mailer, whose grasp of the titanic battle’s feints and stratagems—and sensitivity to their deeper symbolism—made his 1975 book The Fight a masterpiece of sportswriting. Whether analyzing the fighters’ moves, interpreting their characters, or weighing their competing claims on the African and American souls, Mailer was a commentator of unparalleled acumen—and surely one of the few intrepid enough to accompany Ali on a late-night run through the bush. Through The Fighthe restores TASCHEN'S tarnished notions of heroism to a blinding gleam, and establishes himself as a champion in his own right.

Four decades after its original publication, this new abridged edition of The Fight is introduced with an essay by Mailer scholar J. Michael Lennon and illustrated for the first time with principal photography by the two men who captured Ali and Foreman in the ring and in private like no one else: Neil Leifer and Howard L. Bingham. Widely considered to be the greatest sports photographer of his generation, Neil Leifer’s vibrant color coverage dominates from ringside. It also serves as a living testimony to the pageantry, sheer physical power, and deep psychological interplay of the fighters, their camps, and their controversial host, Zaire’s President Mobutu Sese Seko. Behind the scenes, meanwhile, Howard Bingham was Ali’s constant companion, documenting his every move from the moment he stepped off the plane in Zaire, his daily training regime, right through to the dressing room tension as he prepared to face Foreman once and for all.

Together with pictures from other photojournalists, reproductions of Mailer’s original manuscript pages, and additional visual documentation of the media frenzy surrounding the “Rumble in the Jungle,” the result is a dazzling tribute to The Champ and a vivid document of one of the most epic, unique, and adrenalin-laced events in sporting history.

Marking the year of the match, The Fight is limited to 1,974 copies, including: