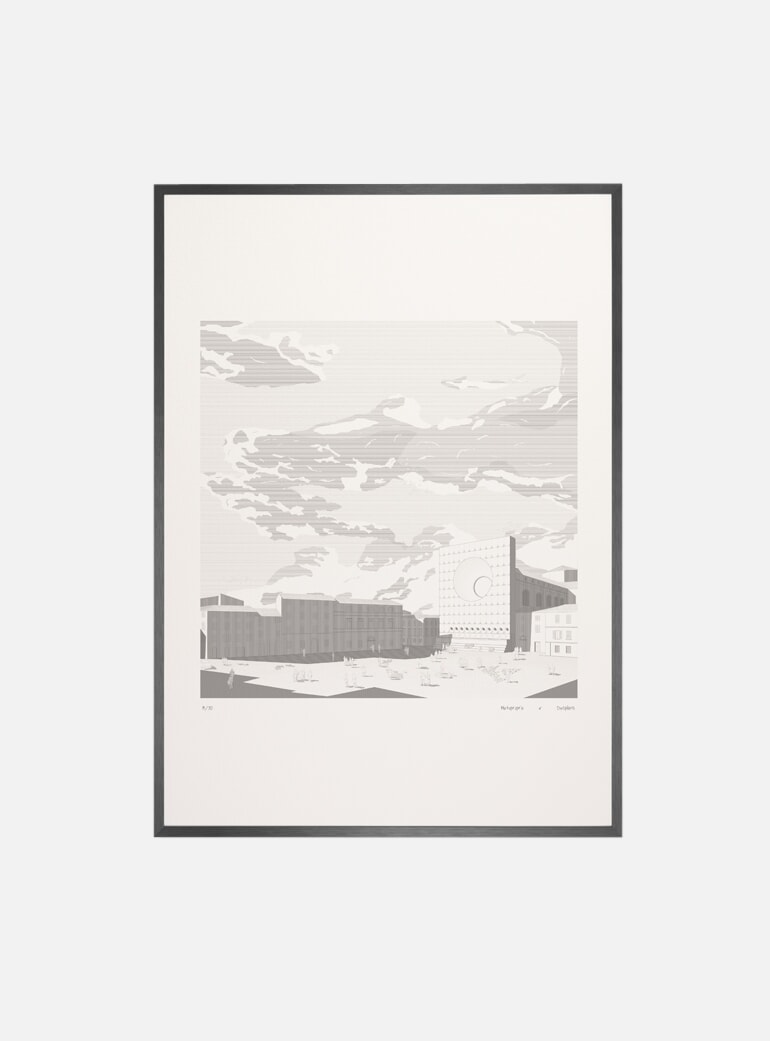 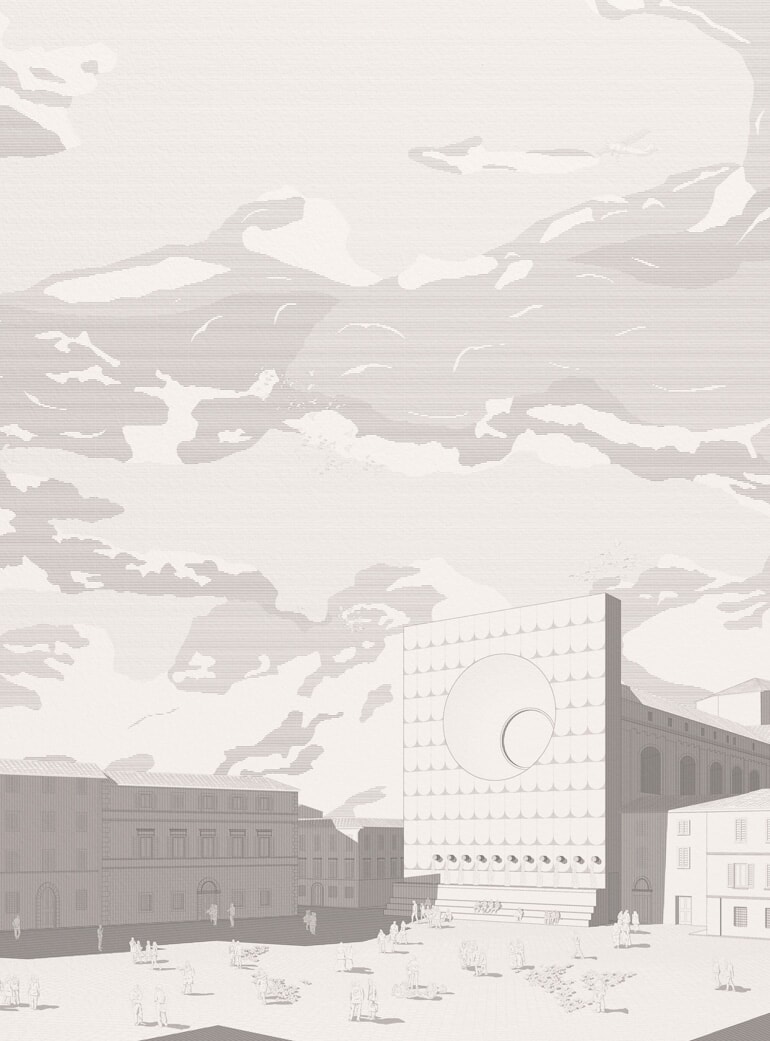 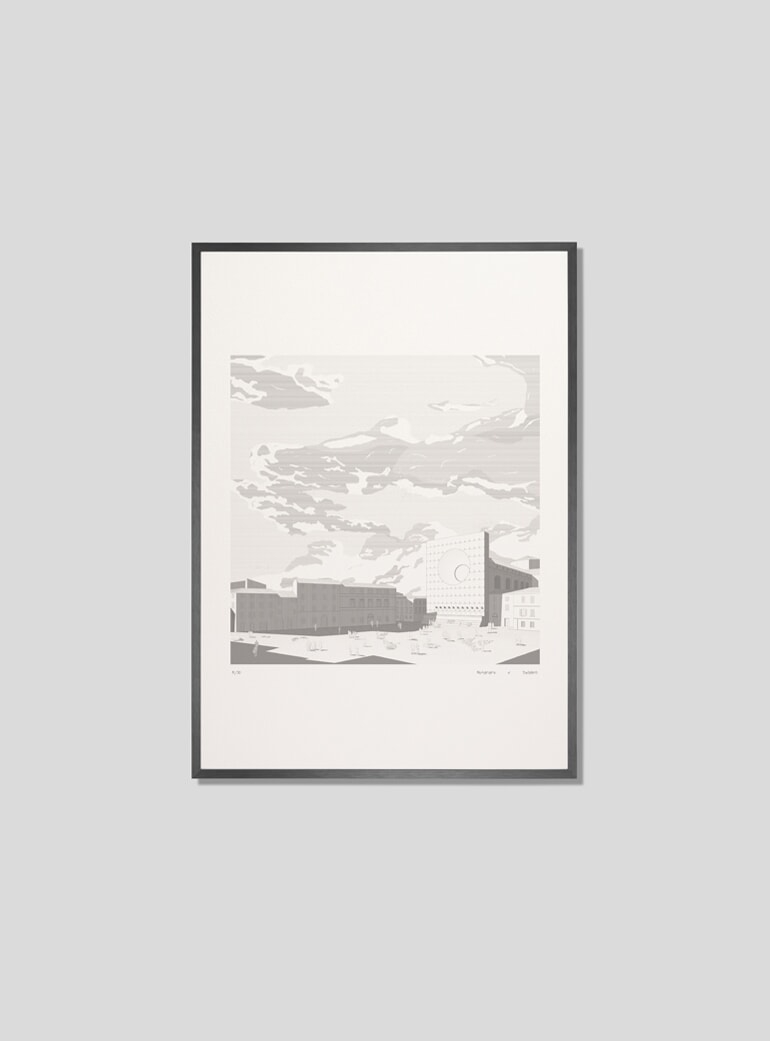 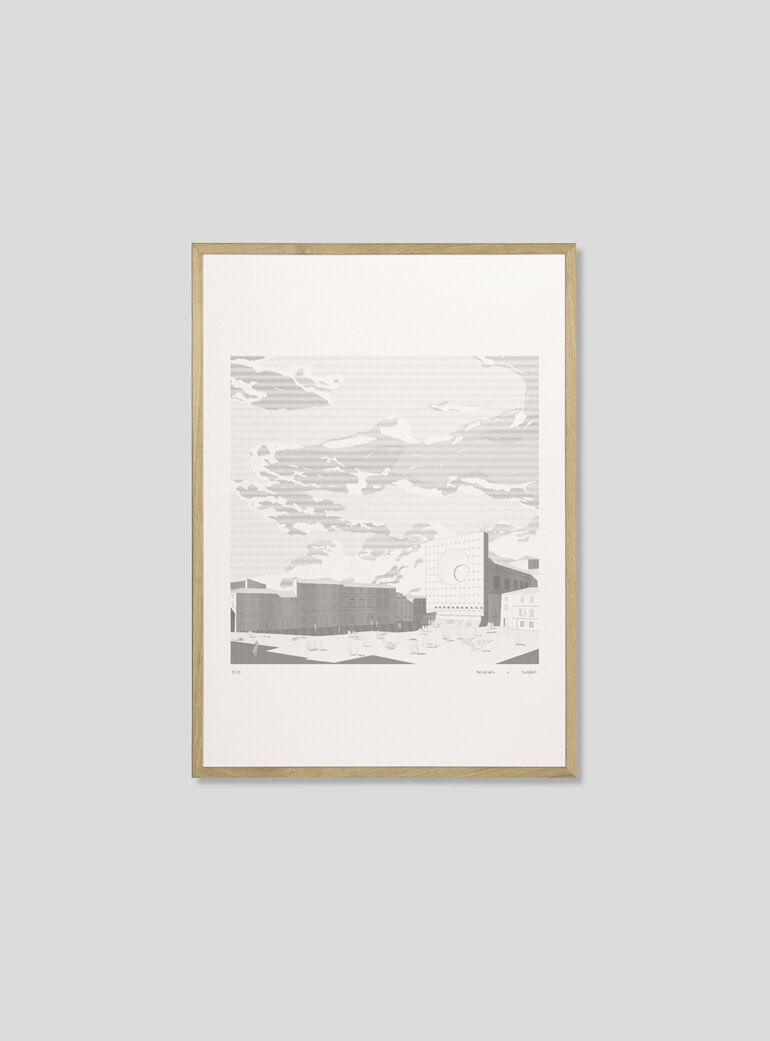 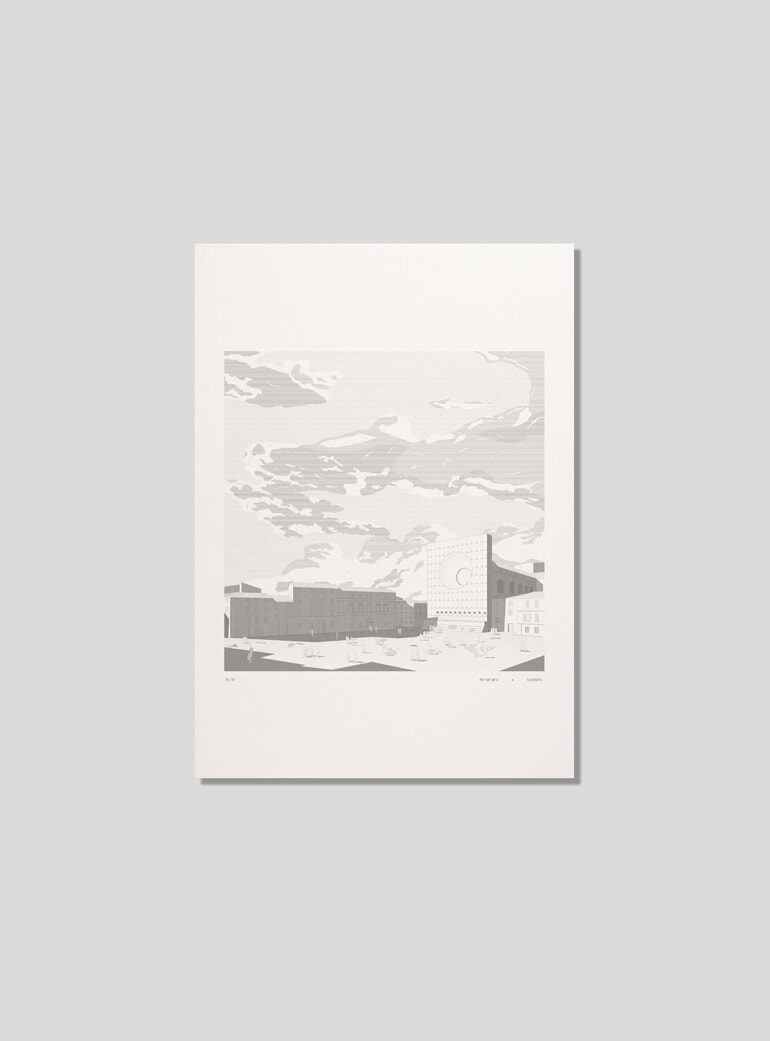 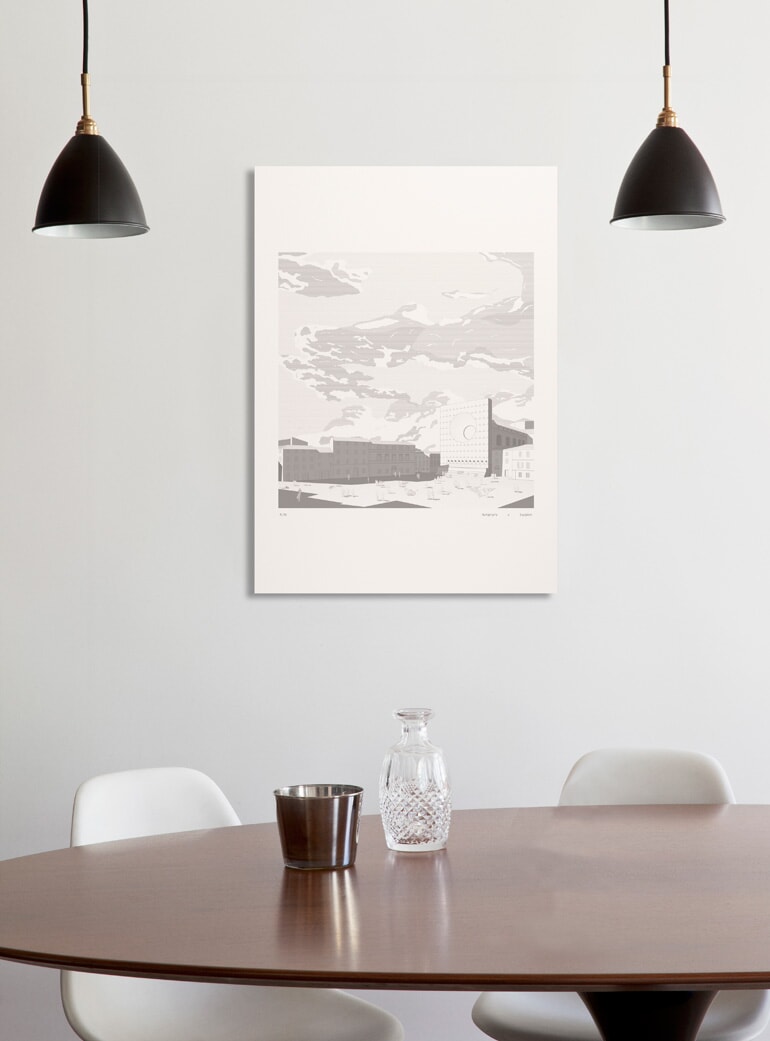 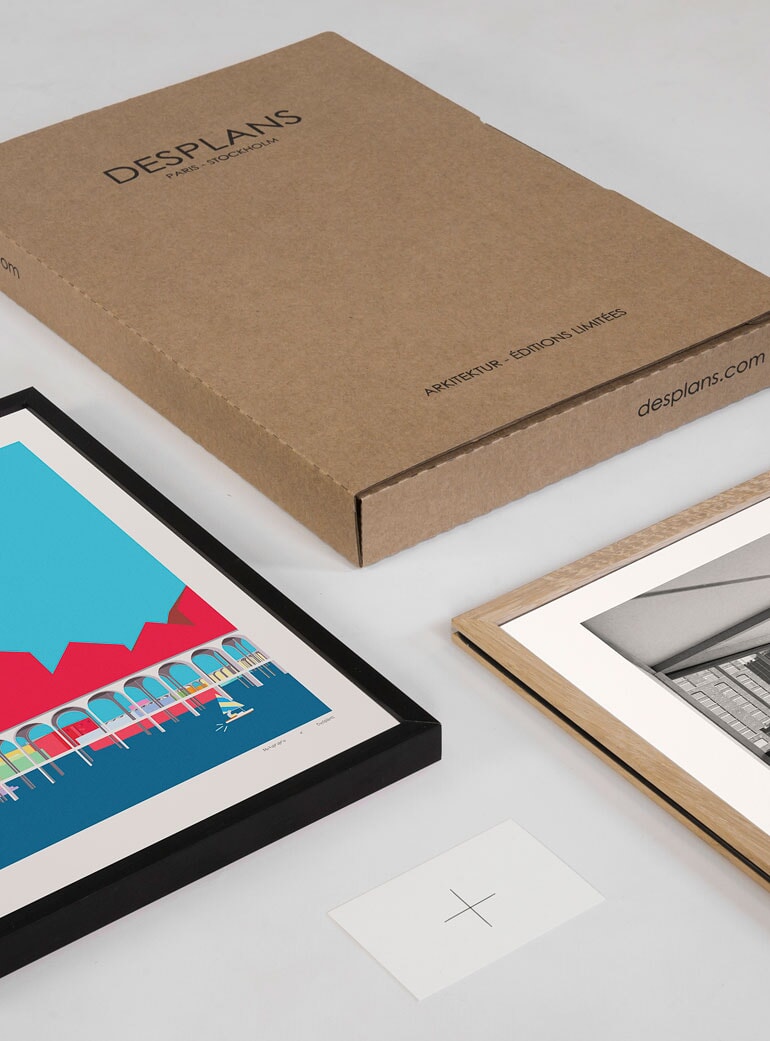 Some facades of Florentine churches have not been completed. The project, from which this work is being drawn, aims at the completion of the religious buildings of San Lorenzo, Santa Maria del Carmine and San Frediano in Cestello. For Motoproprio, this project is neither simply an act of decoration nor an exercise of style pursuing a nostalgic idea of the city.

He questions the status of these places beyond the memory function of the past that is usually allocated to them. It is therefore an architectonic project that seeks the raison d'être of these places now relegated to urban limbo. The completion of the facade, here that of Carmine, gives the church a renewed centrality that solves the urban fragility of adjacent public spaces.

This item ships worldwide after around 7 days manufacturing time.

Desplans take the satisfaction of their customers very seriously. Every product is inspected to the highest possible quality standards before dispatch. However, if you are not totally satisfied with your purchase you can return it to them within 14 days for an exchange or full refund. 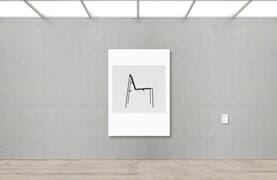