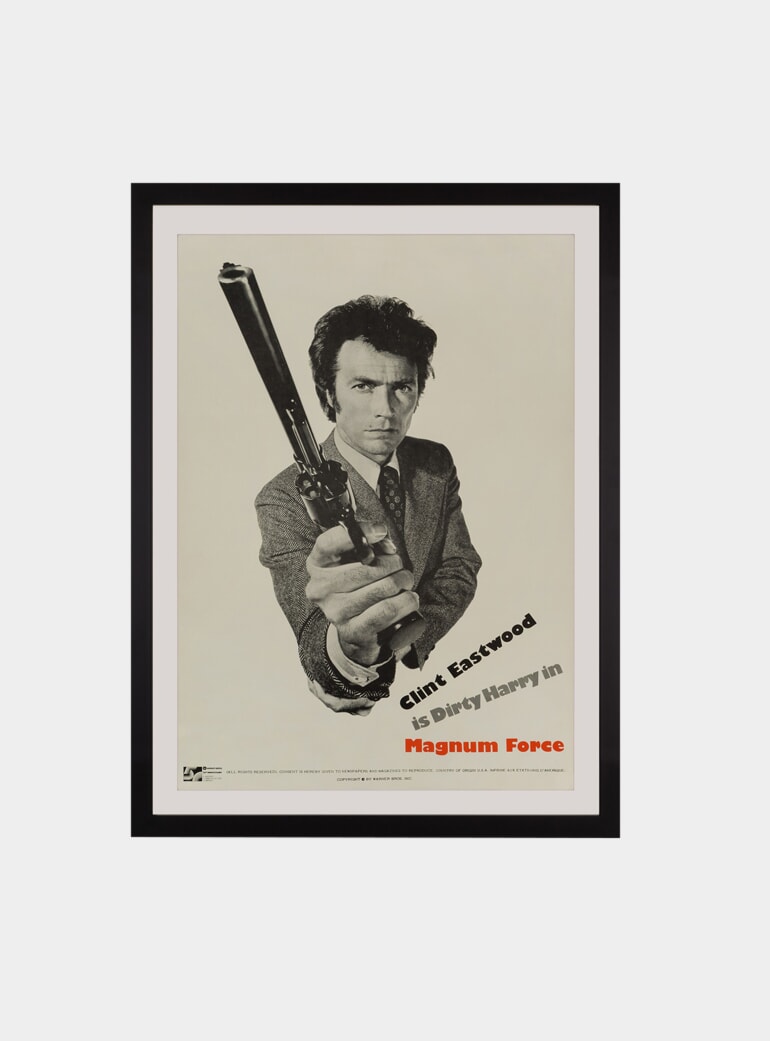 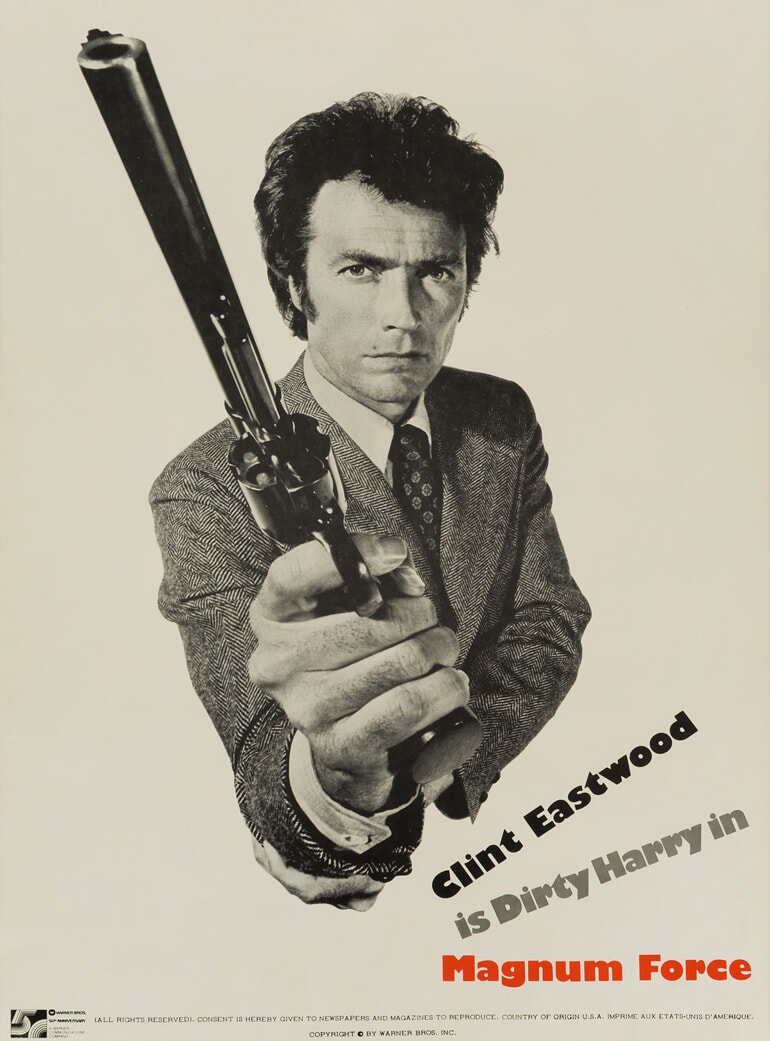 In the first sequel to 1971's brutal crime drama Dirty Harry, Clint Eastwood reprised his career-defining role as maverick San Francisco police detective "Dirty" Harry Callahan in the 1973 action thriller Magnum Force, which sees him on the trail of a band of vigilante cops who are bumping off the city's notorious criminals.

As part of a creative partnership with Eastwood that kicked off with Dirty Harry and would continue for the next three decades, legendary poster designer Bill Gold nailed it again with his less-is-more artwork for the Magnum Force campaign, which focused on an edgy monochrome image of Harry with his .44 Magnum, shot by Philippe Halsman with a wide angle lens to blow up the proportions, with the title in a piercing splash of violent blood red.

Honouring his friend and collaborator in the foreword to Bill Gold: Posterworks, Eastwood praised Gold's ability to ...[match] the human emotions of these pictures with unforgettable images.

With probably the best artwork from the campaign, this US Special Display was produced in limited quantities as a promotional poster to be given away in participating cinema lobbies.

Very popular with collectors, this poster has previously sold for up to £2,500 at Christie's auction house (June 2010).