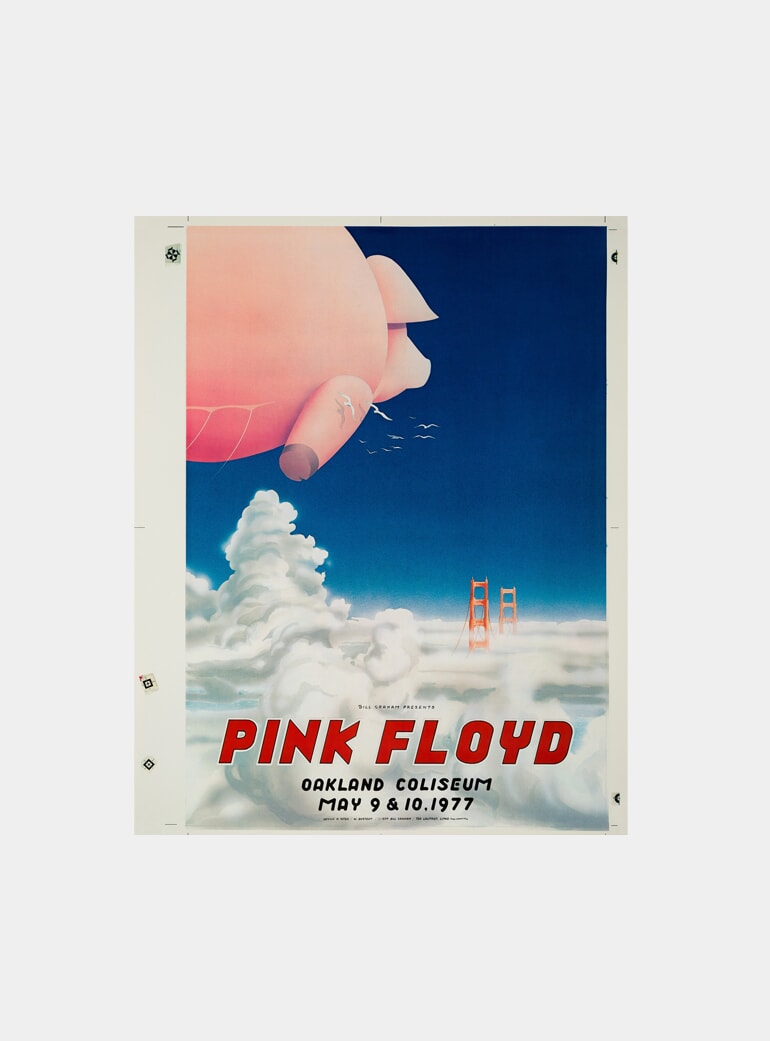 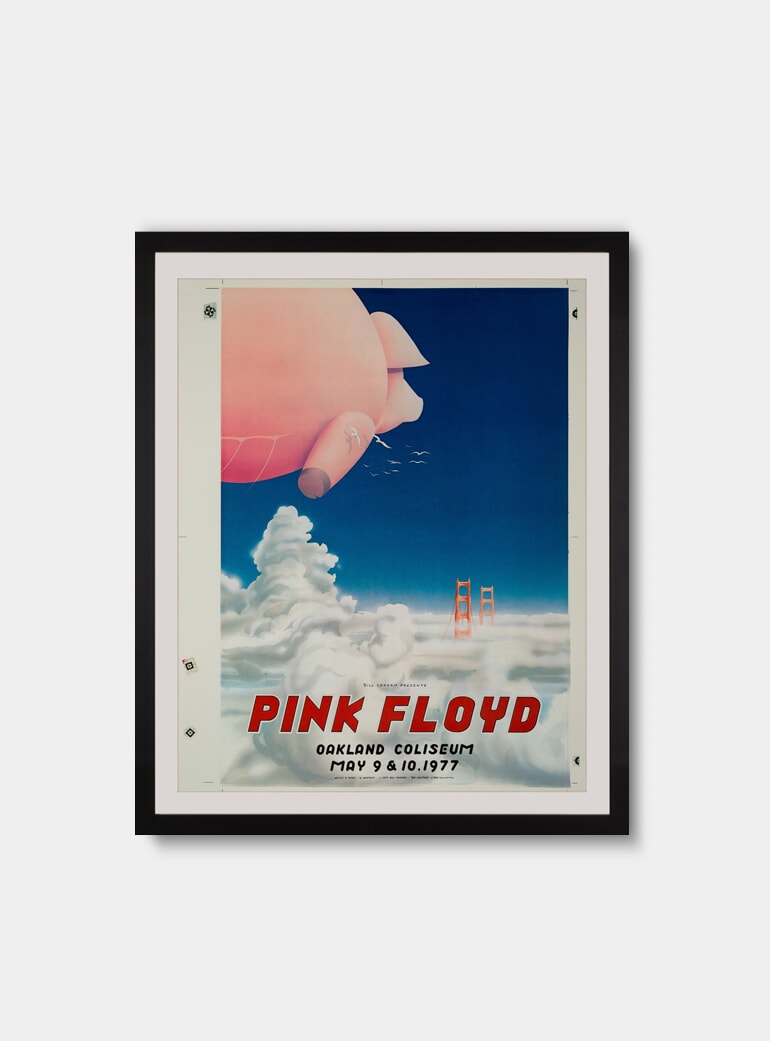 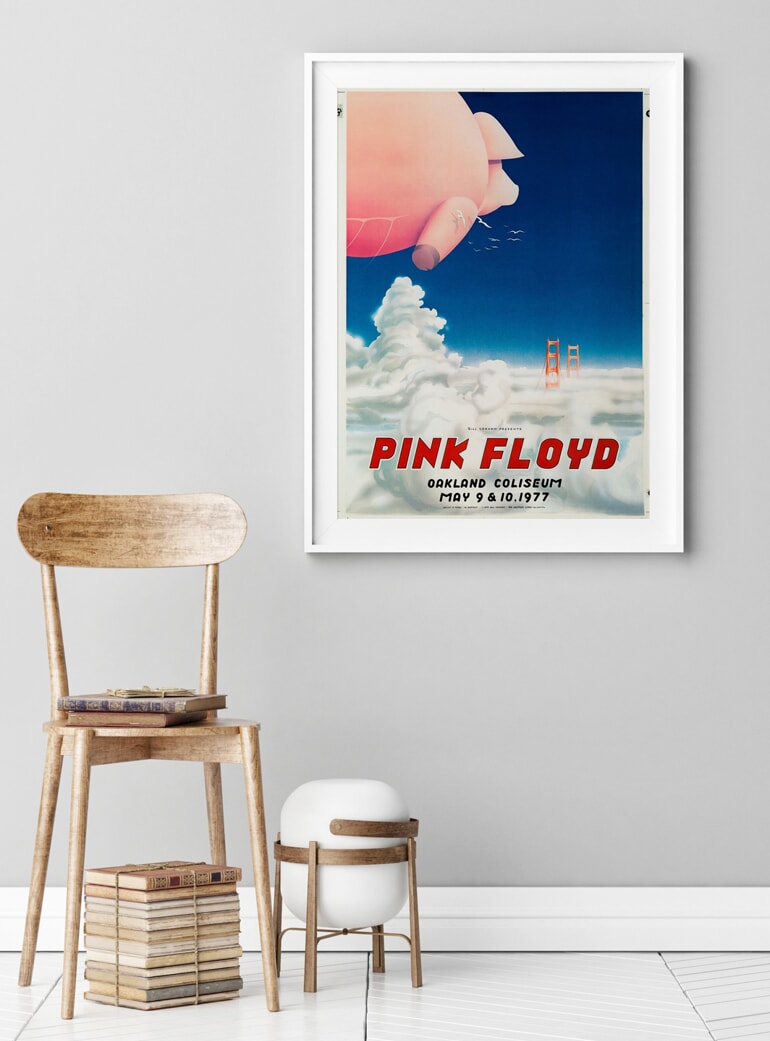 An extremely rare uncut printer's proof for a performance by Pink Floyd at the Oakland Coliseum in California on 9-10th May 1977 during their In The Flesh Tour in support of the 1977 album Animals. Loosely based on George Orwell's novel Animal Farm, the concept album was a scathing critique of the social conditions of 1970s Britain, describing the different social classes in terms of dogs, pigs or sheep. The album's cover image, conceived by bassist and songwriter Roger Waters and executed by the band's long time collaborator Storm Thorgerson, showed an inflatable pig floating above London's Battersea Power Station. The giant pig balloon (nicknamed Algie) broke free and flew over Heathrow airport, grounding flights, eventually landing in a field in Kent.

Algie inspired a number of pig themes throughout the spectacular tour, including an inflatable pig that was floated over the audience during each performance, one of myriad inflatables and pyrotechnics. To advertise the band's Oakland performances, presented by legendary promoter Bill Graham, poster artist Randy Tuten illustrated the famous flying pig floating above the clouds towards the Golden Gate Bridge. Tuten later said This was designed to look like a travel poster from the 40's or 50's. Like the Floyd were arriving in San Francisco. I was pleased how it came out and has become a quite famous poster. The poster appears in Paul Grushkin's The Art of Rock plate 4.47.

The set list for the tour comprised the whole of Animals in the first set and the whole of 1975 album Wish You Were Here in the second. The show on 9th May included an encore of Careful with That Axe Eugene, which was the last time it was ever performed. At the peak of their popularity, the North American leg of the tour saw the band selling out massive stadiums, eclipsing all scale and attendance records. Waters showed increasingly aggressive behaviour towards the large and disruptive audiences throughout the North American leg, culminating in the infamous incident in which he spat on a noisy fan in the front row at Montreal Olympic Stadium. His growing sense of alienation from the audience would develop into the concept for the iconic 1979 album The Wall.

Unfolded, not backed. A few very minor nicks and bumps to corners and edges. Image and colours excellent.