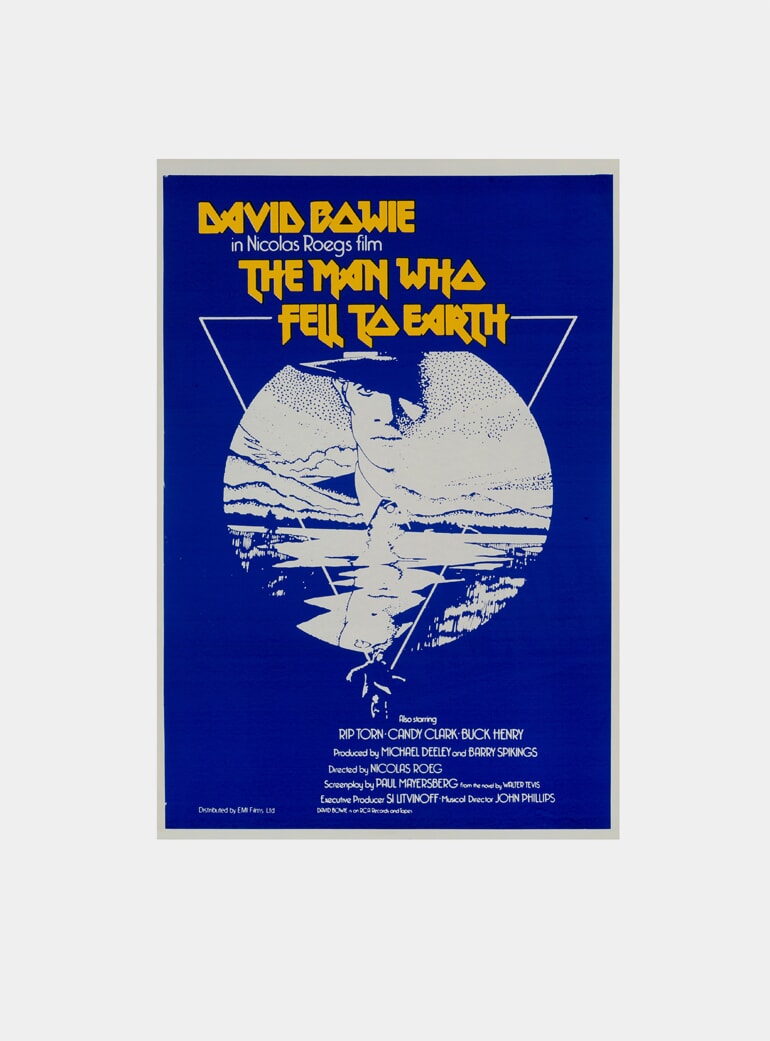 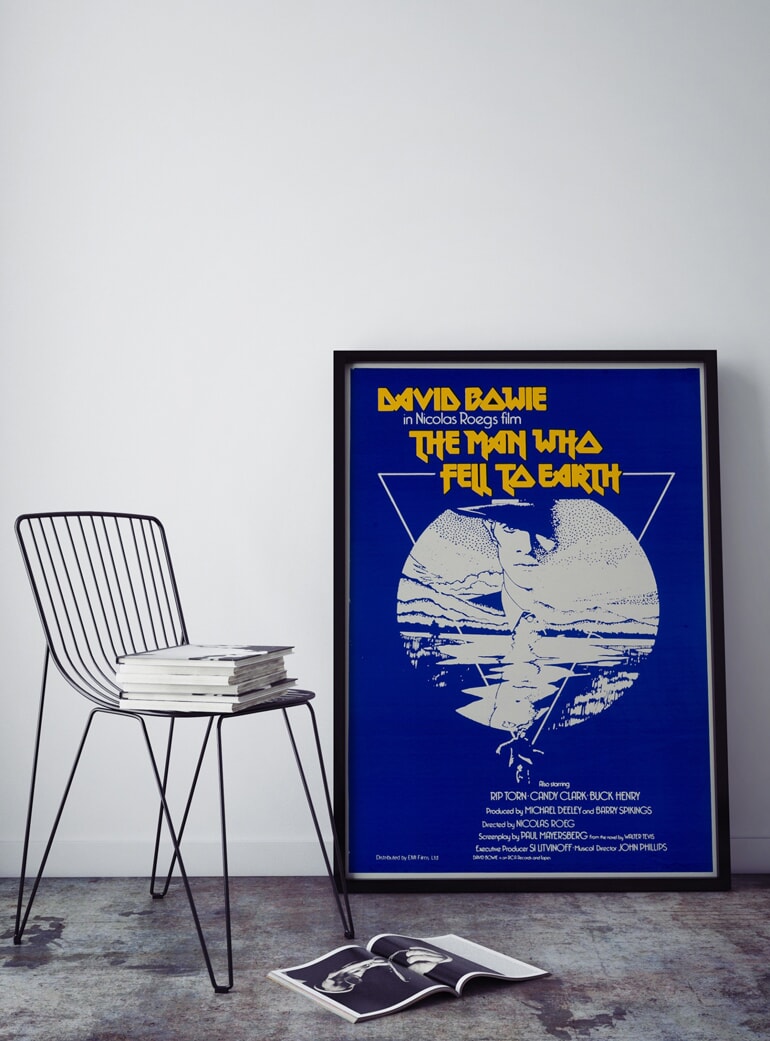 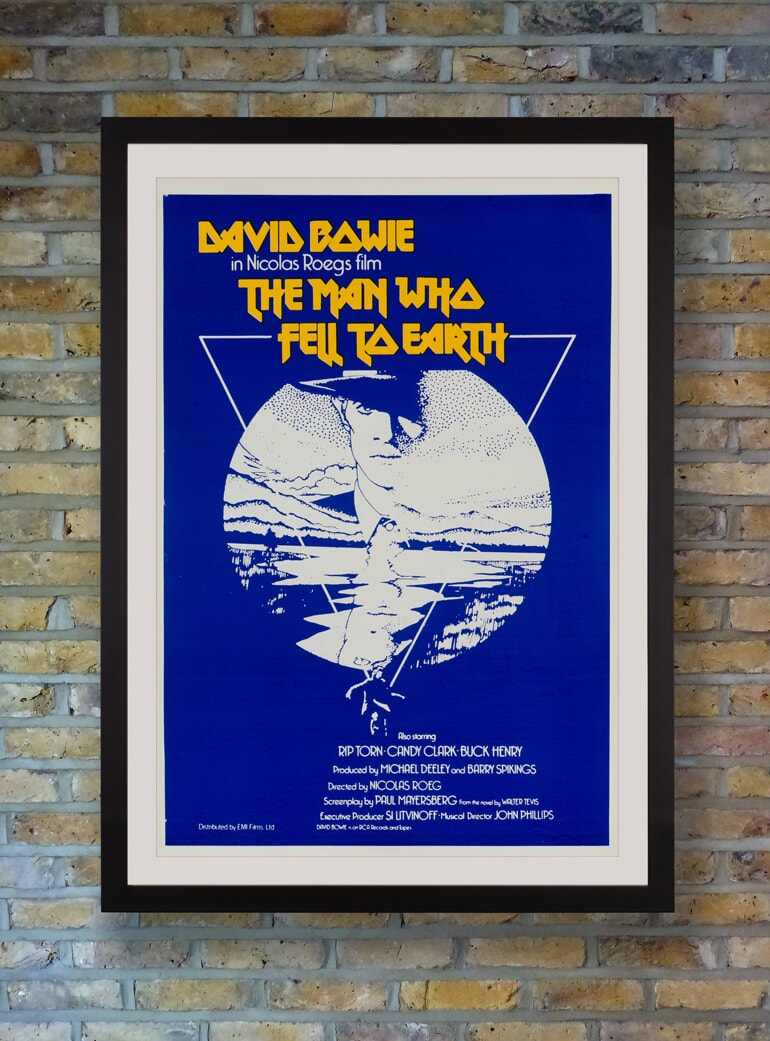 The Man Who Fell To Earth, 1976 Original Poster

In his first starring role, David Bowie was perfectly cast as the titular alien who crashes to earth in search of water for his drought-sricken planet in Nicholas Roeg's cult 1976 sci-fi The Man Who Fell To Earth, based on the novel of the same name.

Designed by prolific British poster artist Vic Fair and boldly silkscreen printed in a contrasting blue and yellow colourway, this rare alternate British one sheet was likely an unused proof, a variant of the standard British One Sheet with it's full colour tondo on a black ground. With it's credit to EMI Films, it's possible that this One Sheet was printed to update the distributor after British Lion was taken over by EMI in August 1976. Acquired from the Studio Canal Archive.

Unfoled, not backed. Minor nicks and creases to corners and edges. Image and colours excellent.