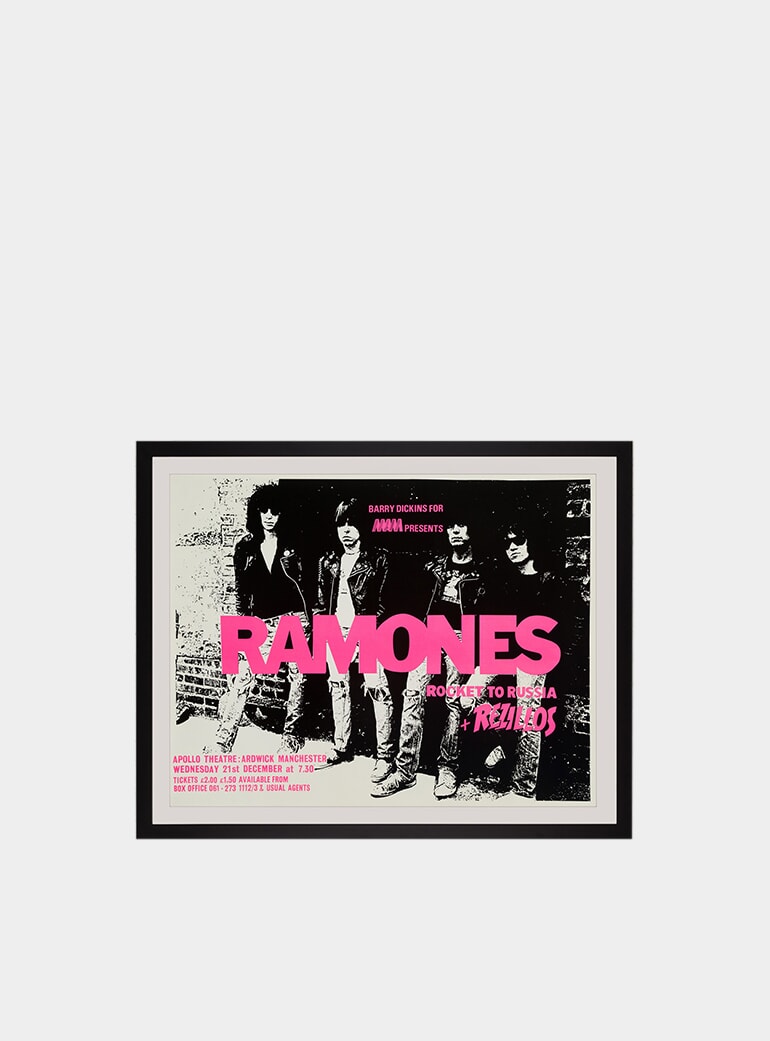 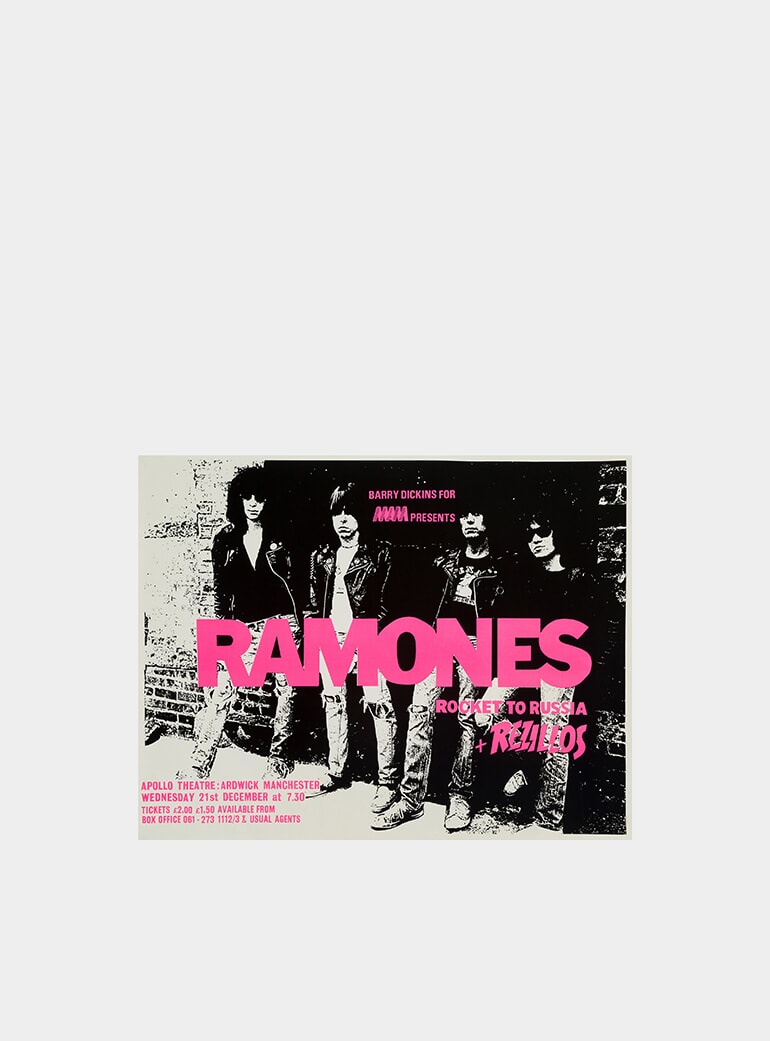 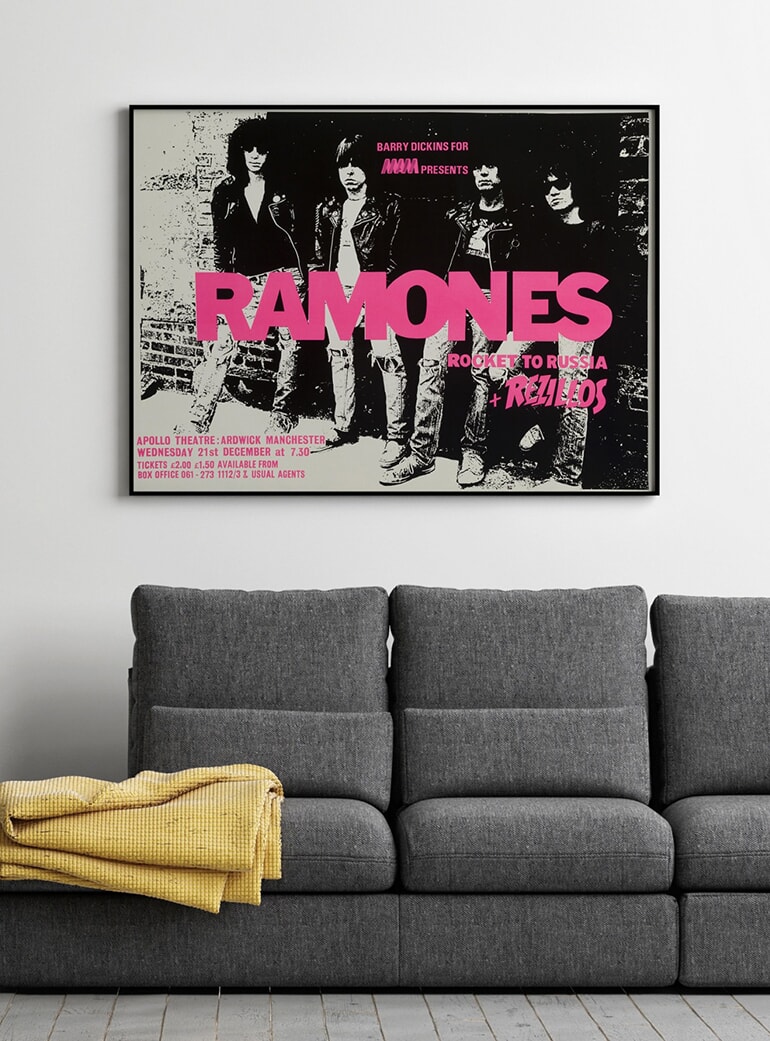 A rare silkscreen poster for a performance by the Ramones, with support from The Rezillos at the Apollo Theatre, Manchester on Wednesday 21 December, 1977, in support of their third studio album Rocket To Russia.

Released on 4th November 1977, Rocket To Russia was the Ramones last to be recorded with all four original members, before drummer Tommy Ramone left the band in 1978.

In his autobiography Commando, Johnny Ramone recalled that the band ...ended the year in England, where we recorded It's Alive! album on New Year's Eve at the Rainbow Theatre in London.

Screenprinted in shocking pink and black, the poster reuses the album's cover art, which was directed by John Gillespie with a photograph by Danny Fields.