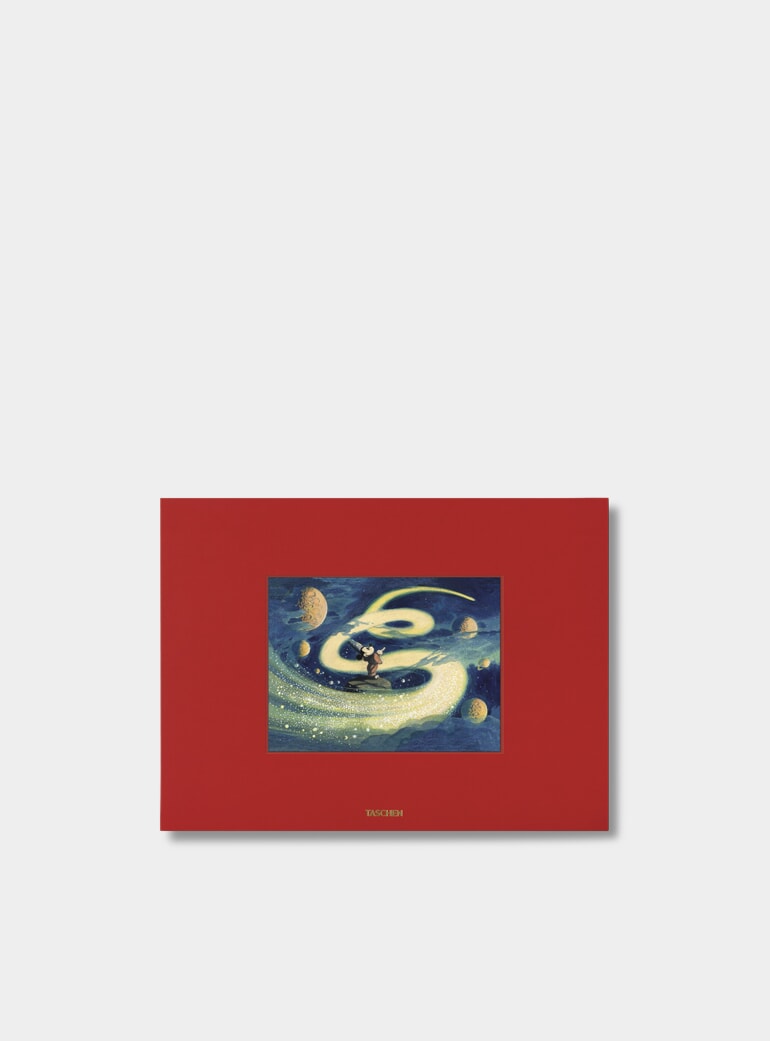 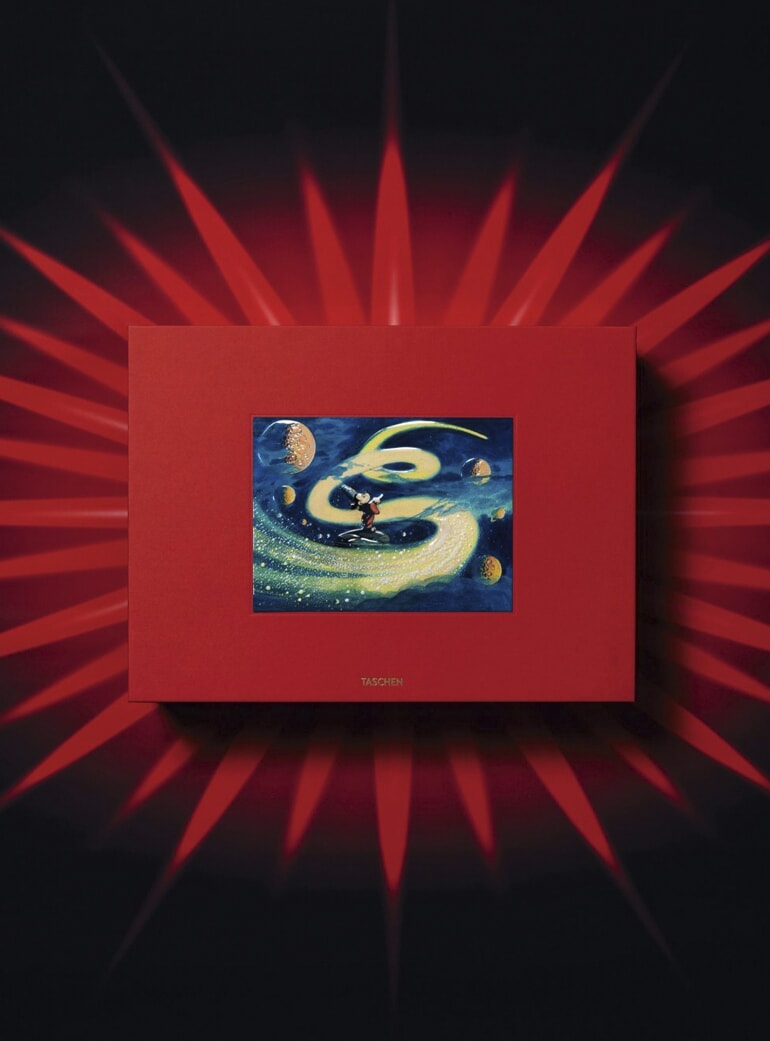 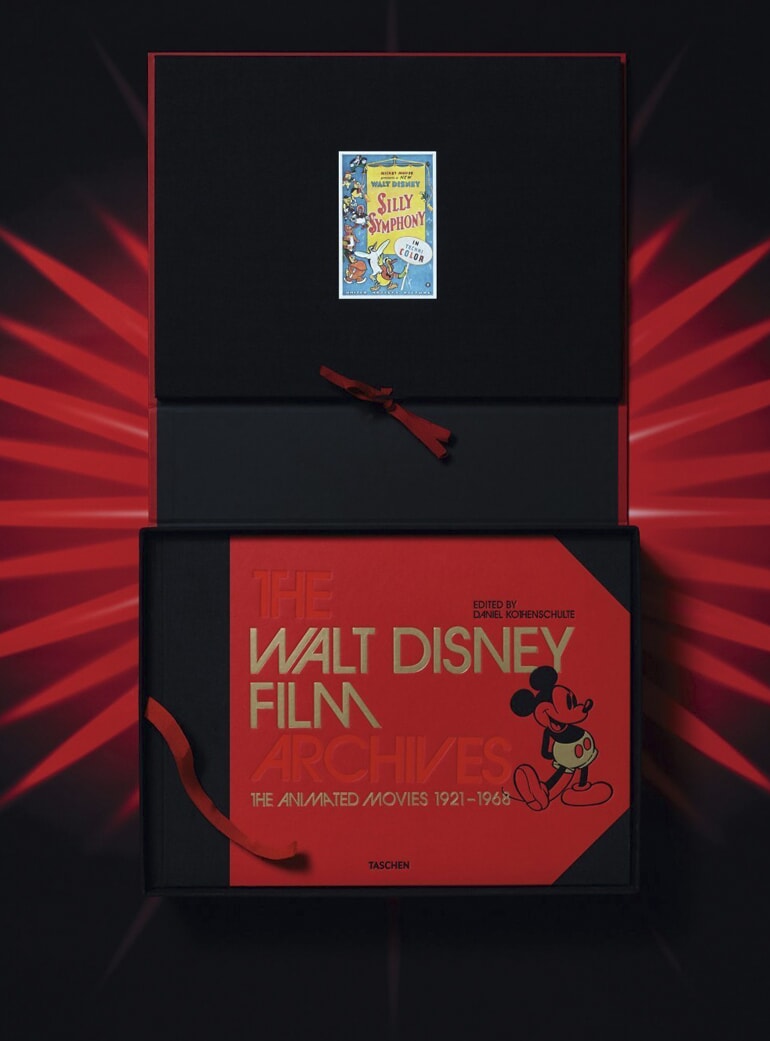 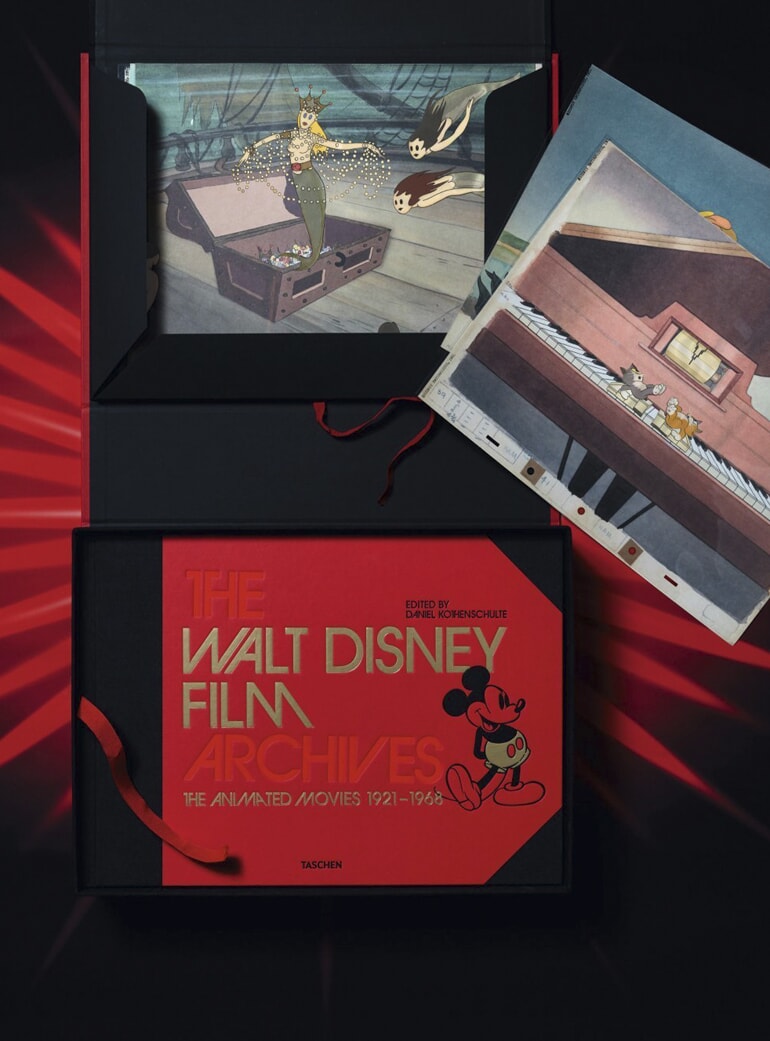 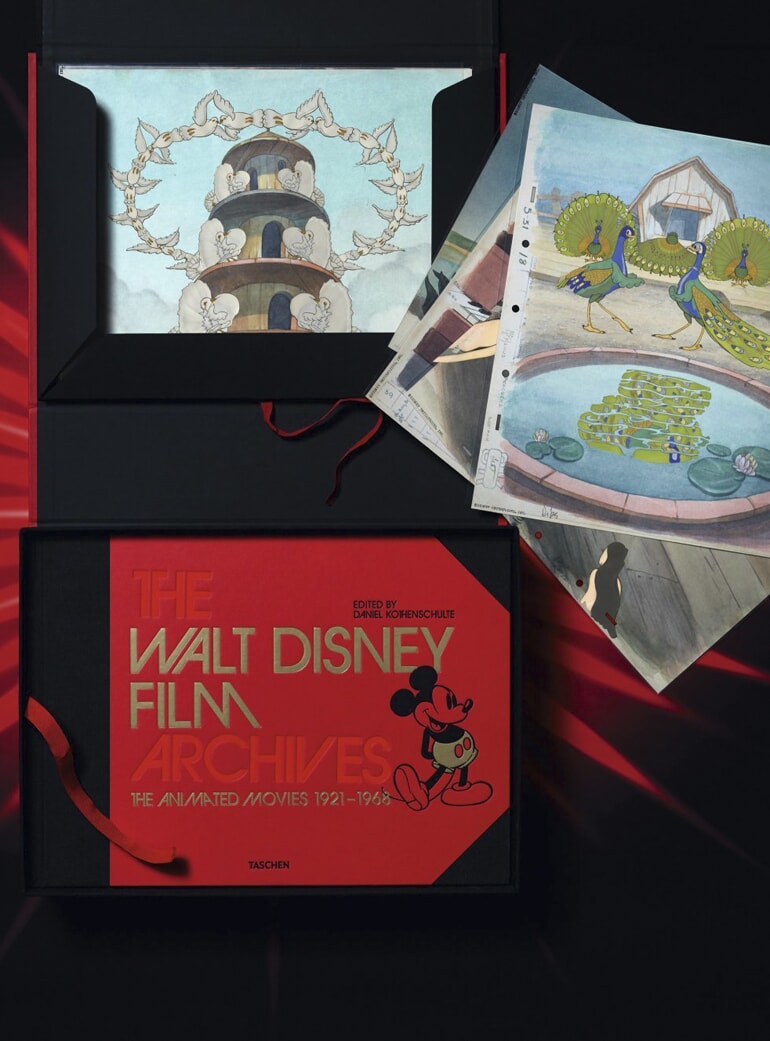 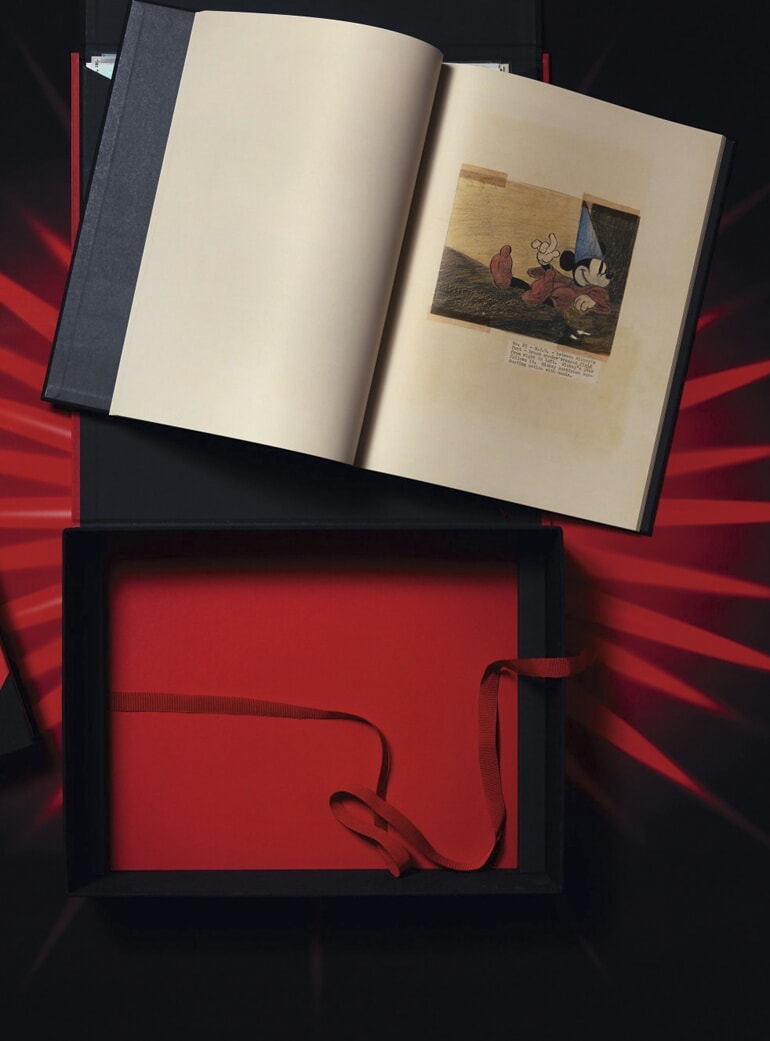 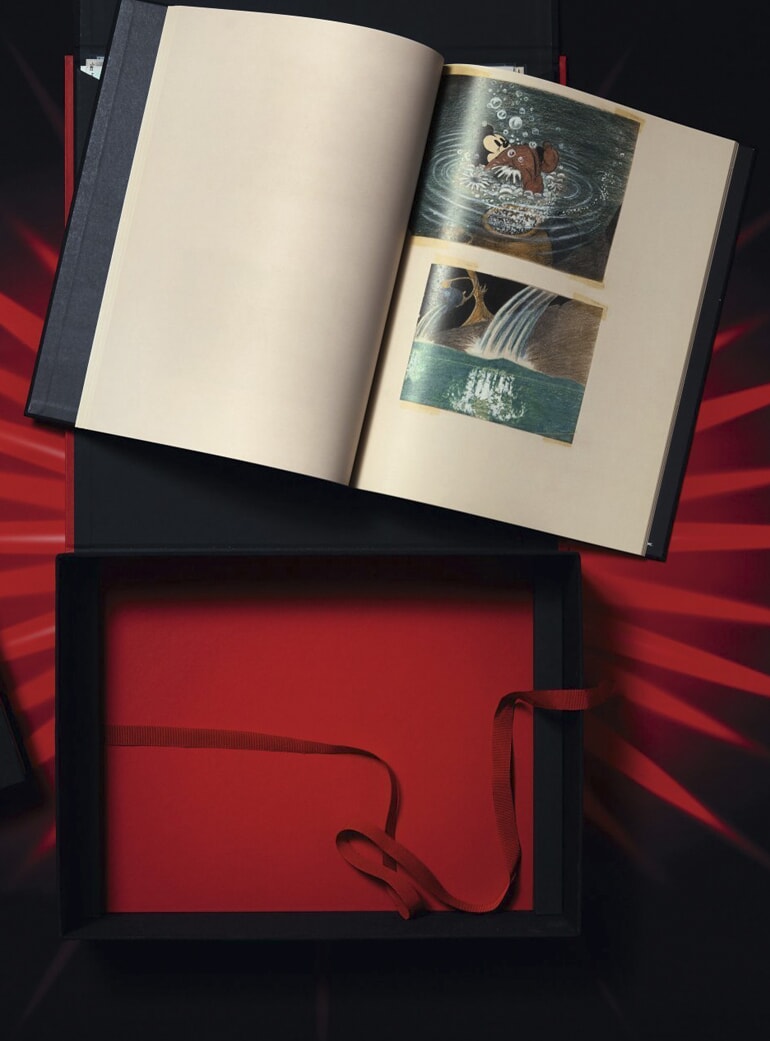 Featuring 1,500 images from the “Golden Age of Animation,” this volume covers each of the major animated features made during Walt’s lifetime as well as lesser-known experimental short films, episodic musical films, and unfinished projects.

Rare behind-the-scenes photos, story sketches, and cel setups of famous film scenes are included in this publication which was produced with unprecedented access to the Walt Disney Archives and Disney’s famous Animation Research Library.

Art Edition, limited to 2,500 copies, with facsimiles of Fantasia storyboard sketches and portfolio of five cel setups from the Silly Symphonies