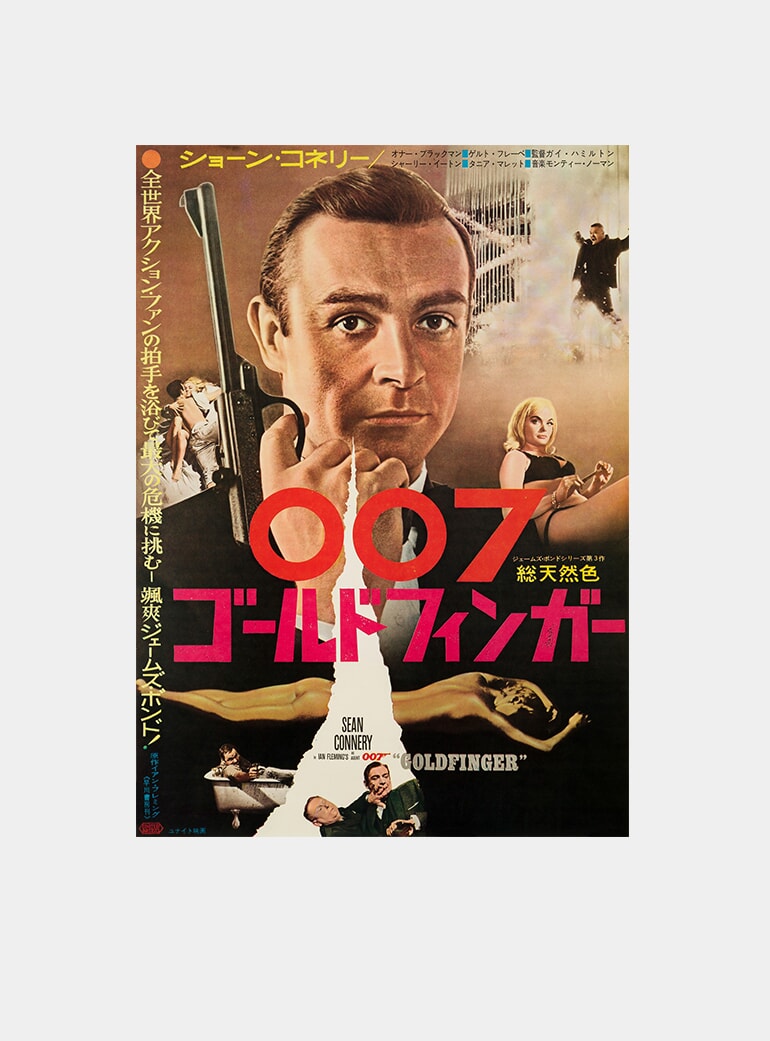 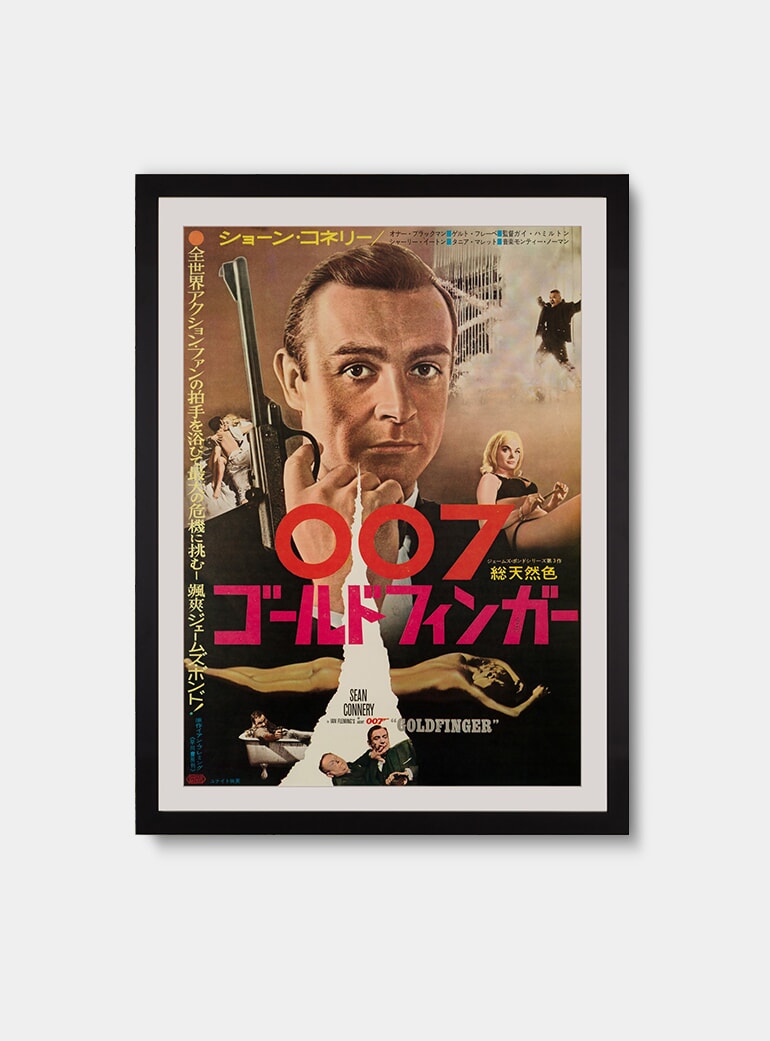 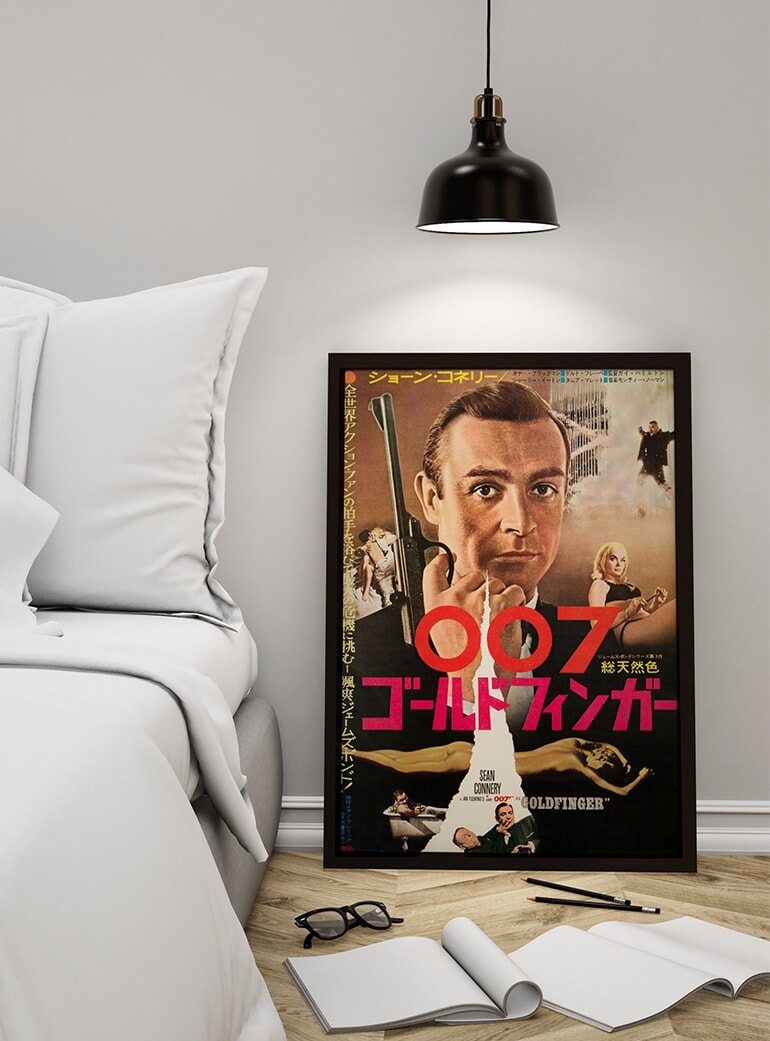 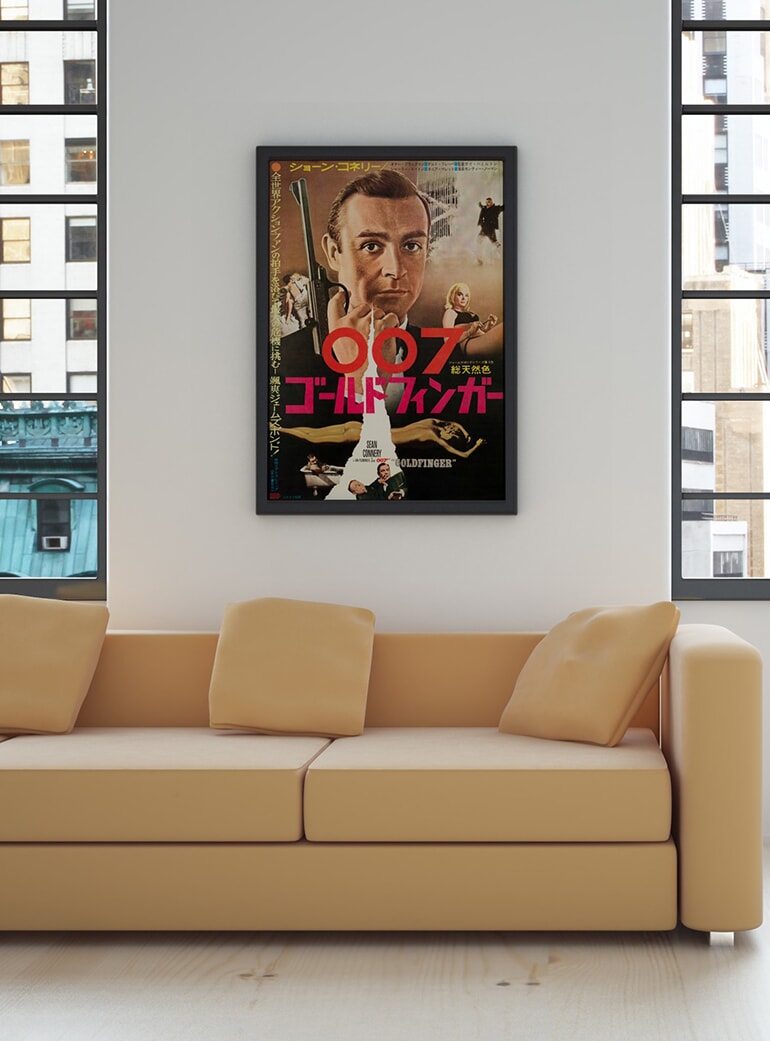 Considered the quintessential and definitive Bond film, the third installment in EON Productions' James Bond series set the template for many of the subsequent films, with its tongue in cheek humour, extensive use of gadgets and technology and multiple foreign locations.

The first Bond blockbuster, 1964's Goldfinger was also the first Bond film to utilise a standalone pre-credits sequence, the first to employ a pop star to sing the theme song and the first to win an Academy Award. The plot saw 007 uncover a plot to contaminate the United States gold reserve at Fort Knox while investigating the smuggling activities of powerful gold magnate Auric Goldfinger. The film's lasting image is of the gold-painted girl, seen stretched beneath the credits on this rare original release Japanese B2 poster.

Unfolded, not backed. Light undulation due to being very softly tri-folded at one time. A couple of minor creases. Old mounting tape verso. Image and colours excellent.