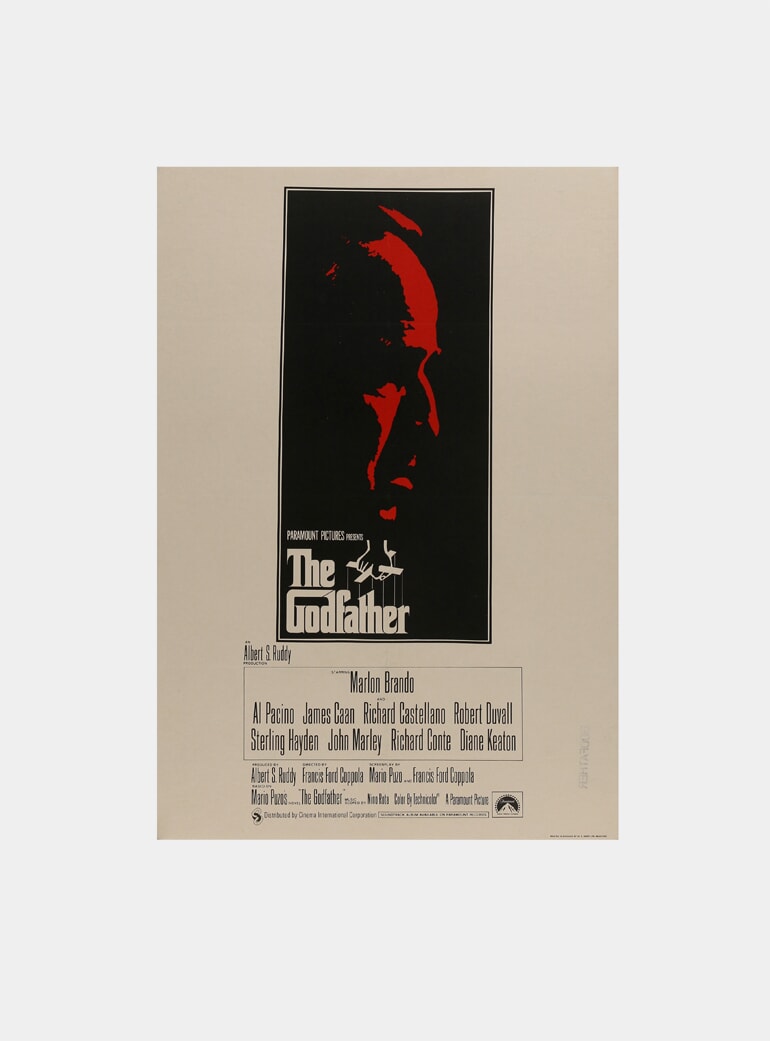 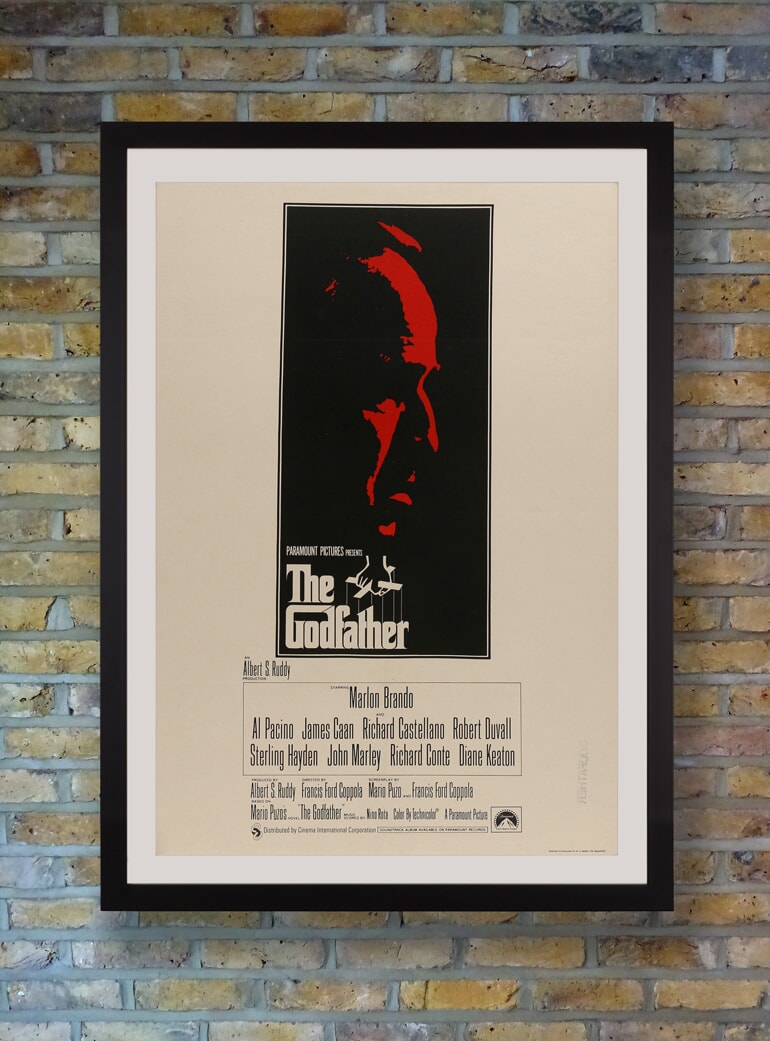 Widely celebrated as one of the best and most influential movies of all time, Francis Ford Coppola's 1972 mafia masterpiece The Godfather, based on Mario Puzo's best selling novel of the same name, intimately follows the fictional Corleone family over a 10 year period in 1940s New York as they struggle to protect their empire. Featuring career-defining performances from Marlon Brando as the titular patriarch of the Italian-American crime dynasty and Al Pacino as the reluctant son that ultimately succeeds him, the landmark film was a huge critical and commercial success, spawning two sequels and nominated for ten Academy Awards, going on to win three including Best Picture.

Having designed the iconic black and white puppeteer logo for the cover of the original novel, American graphic desginer S. Neil Fujita was called upon to create this haunting artwork of Brando in blood red profile for the British release. Superior to the US poster artwork, which simply reused the same puppeteer logo as the book cover, the British One Sheet is considered the most desirable poster for this almost mythical cinema classic.

Backed on linen. Prior to backing this poster had one vertical and three horizontal machine folds as issued and an additional horizontal fold to upper and lower portion, with wear to crossfolds, nicks and tears to edges, scattered staple holes throughout (some torn) and a title stamp visible from the reverse. The poster has been expertly backed in the European style with no restoration - folds, tears and staple holes have been smoothed and their appearance vastly minimised so that they are only visible to the expert eye.

The title stamp to reverse remains visible but in Rock Paper Film's opinion this simply adds to the authenticity and character of the poster. Some darkening to edges. Despite a few tiny staple holes through artwork, the image and colours are otherwise excellent. This poster has truly been expertly backed and looks fantastic.