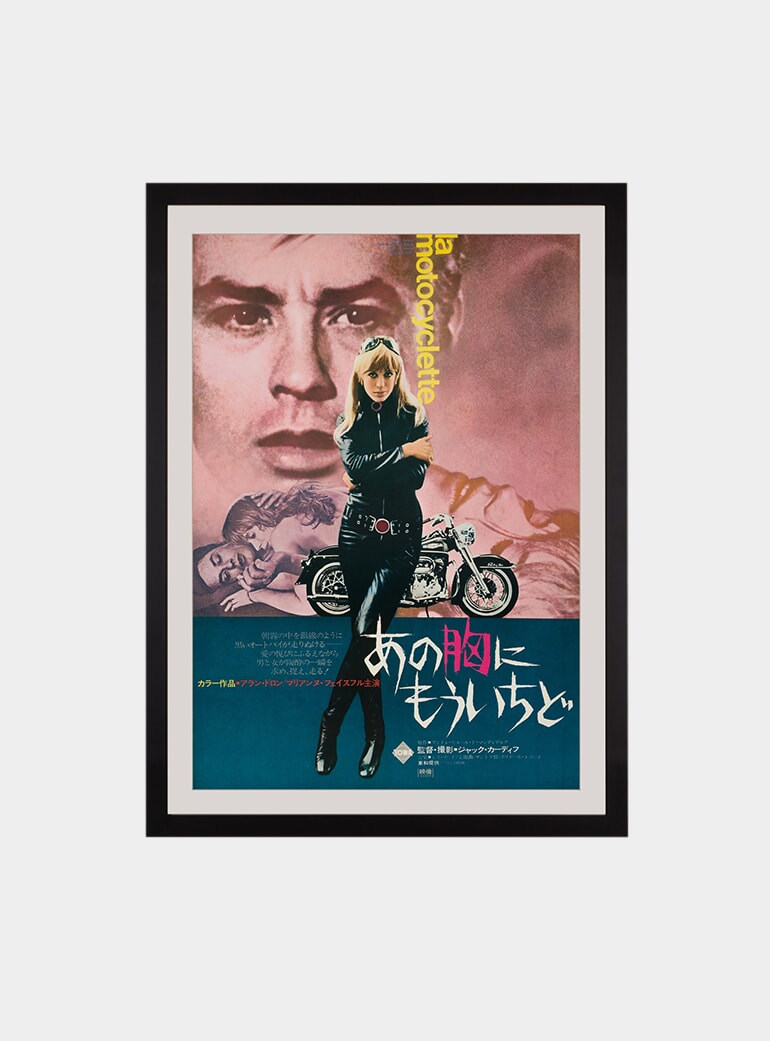 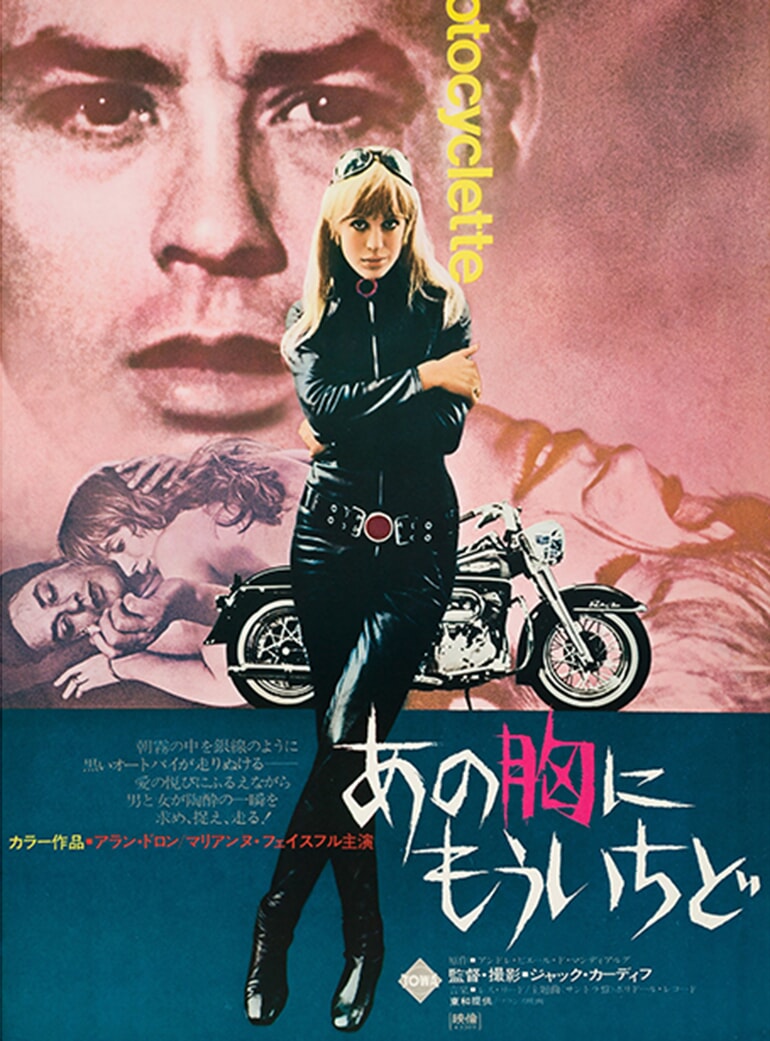 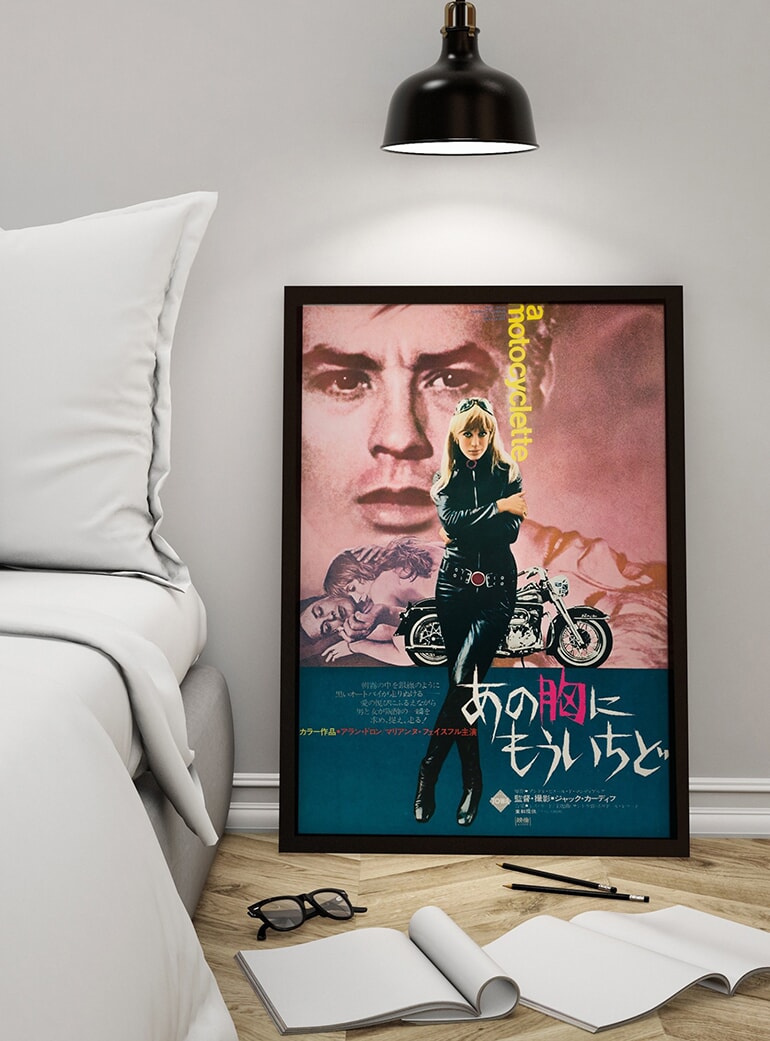 The Girl On A Motorcycle, 1968 Original Poster

A rare Japanese B2 for the sixties cult classic The Girl on a Motorcycle, which followed Marianne Faithful on a psychedelic motorcycle ride across Germany to see her lover.

The American title of the film Naked Under Leather, together with the design of the US movie posters, which focused on a provocatively unzipped leather bodysuit, offered a teaser of the film's opening scene in which Faithfull zips the skin tight bodysuit over her naked body before hitting the road.