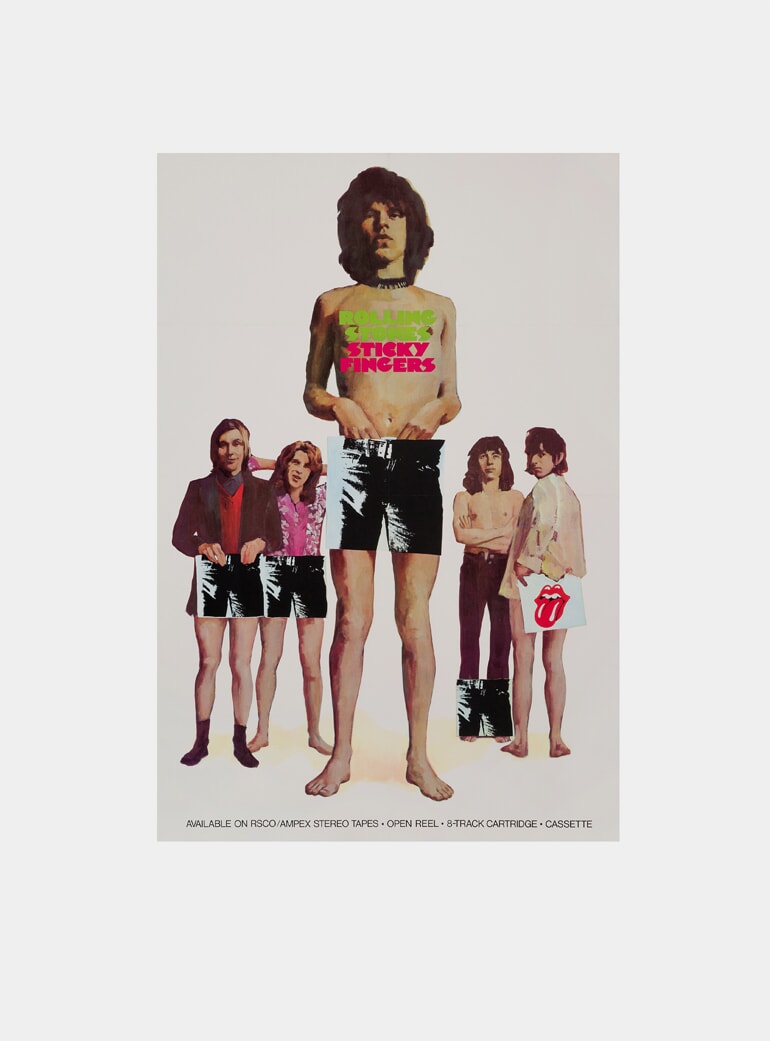 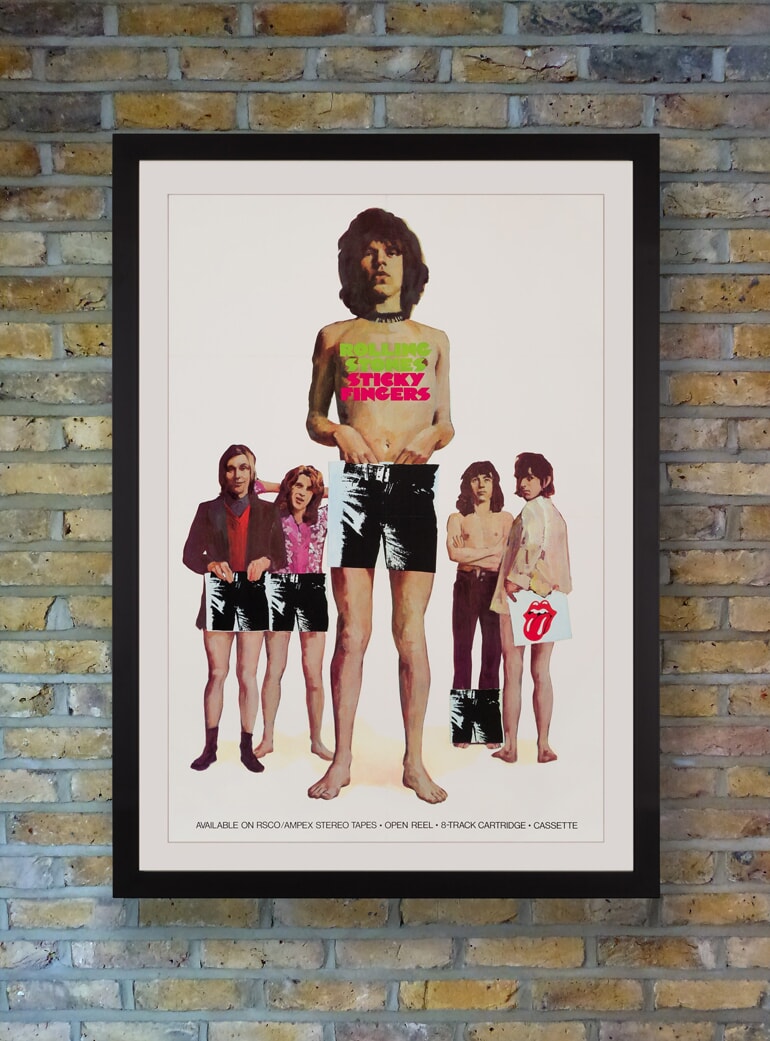 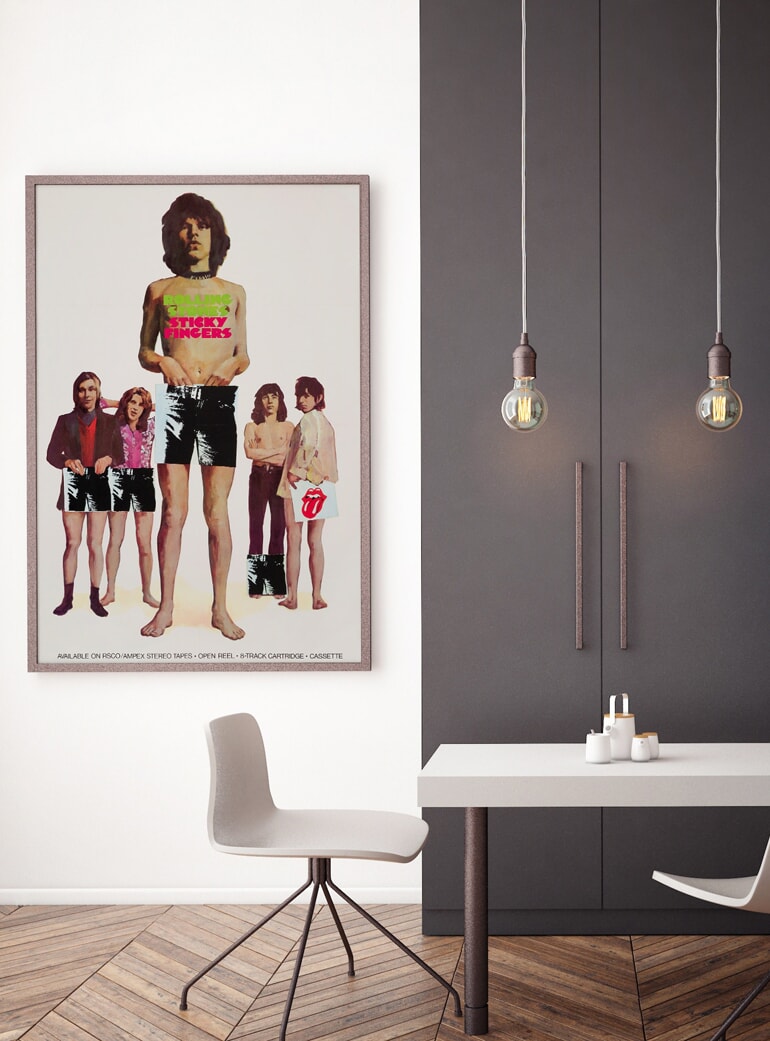 A rare promotional poster for the US release of The Rolling Stones hit 1971 album Sticky Fingers on Ampex Stereo, Open Reel, 8-Track and Casette. Considered one of the Stones best albums, it included the songs Brown Sugar and Wild Horses.

As writer Colin Larkin said in 1994, Dirty rock like this has still to be bettered, and there is still no rival in sight. Warhol conceived the suggestive album cover featuring a close up of a denim-clad male crotch, with a working zipper that opened to reveal cotton briefs beneath.

The first release on the band's own label Rolling Stones Records, it saw the first usage of the now iconic 'tongue and lips' logo designed by John Pasche. Photographer David Montgomery shot the band larking around with the album cover for the promotional campaign. Despite Mick Jagger turning up to the shoot in a terrible mood, the band cheerily stripped to their undies, posing with the cheeky LP to cover their modesty.

Backed on linen. Prior to backing this poster had one vertical and three horizontal machine folds as issued. Backing and light colour touching has smoothed and diminished the folds. Image and colours excellent.