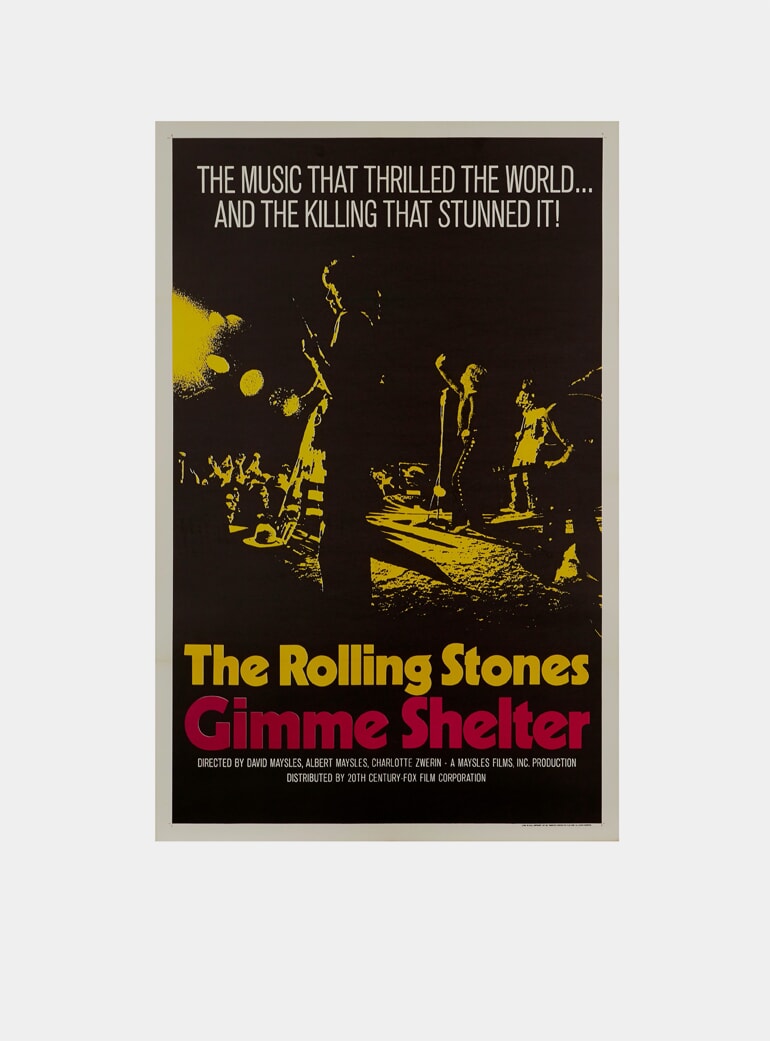 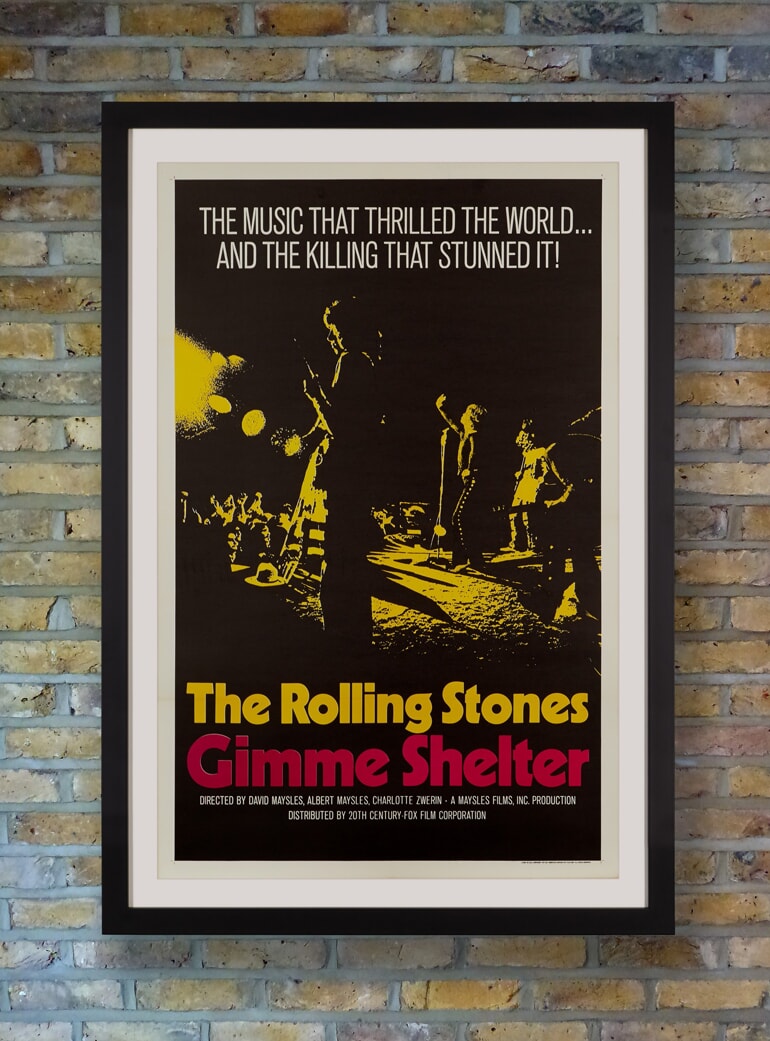 Often hailed as one of the greatest rock films ever made, the Maysles brothers 1970 documentary Gimme Shelter followed the last few weeks of The Rolling Stones 1969 US Tour, culminating in the fateful events at the notorious Altamont Free Concert on 6th December 1969.

Named by Rolling Stone magazine as rock and roll's all-time worst day, the mood turned ugly at the Altamont Speedway as the savage Hell's Angels, hired by the band for stage security, clashed with 300,000 tripping concert-goers, beating them back with pool cues and motorcycle chains.

The brutal death of Meredith Hunter, stabbed and beaten to death by a Hell's Angel as he lunged at the stage with a gun, was captured on film. Only four months after Woodstock saw the climax of the peace and love movement, the event came to be seen as bringing about the end of the hippie era and the death of sixties counterculture.

Backed on linen. Prior to backing the poster was tri-folded as issued. Backing has smoothed out the fold lines. Image and colours excellent