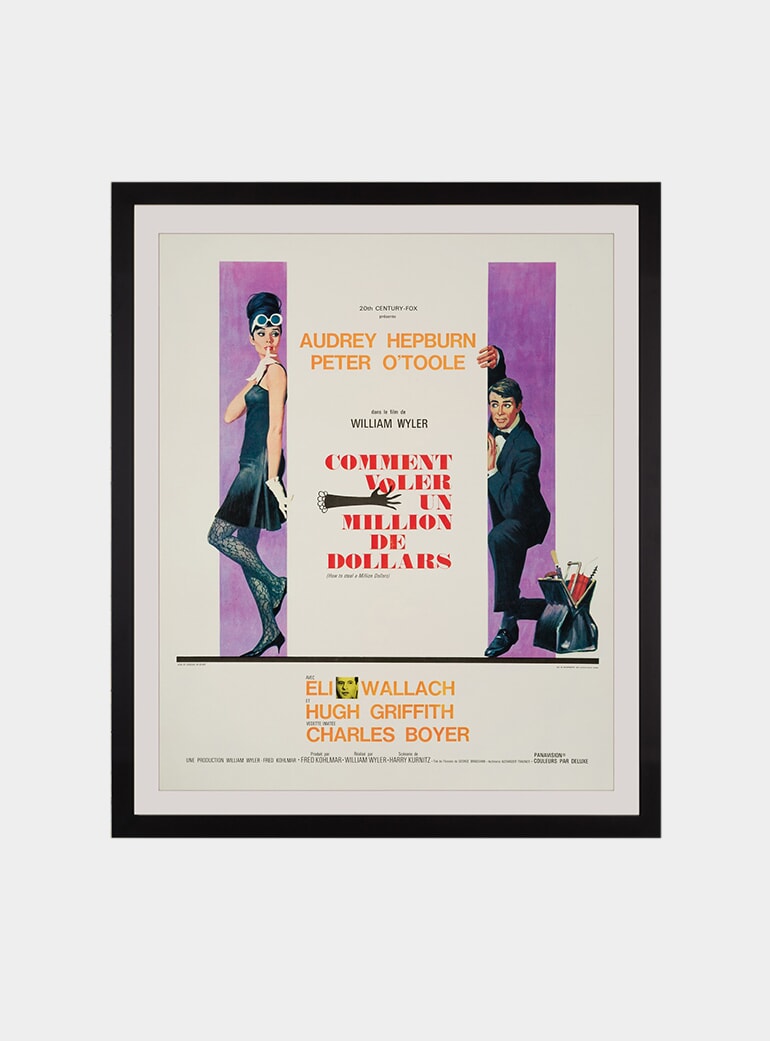 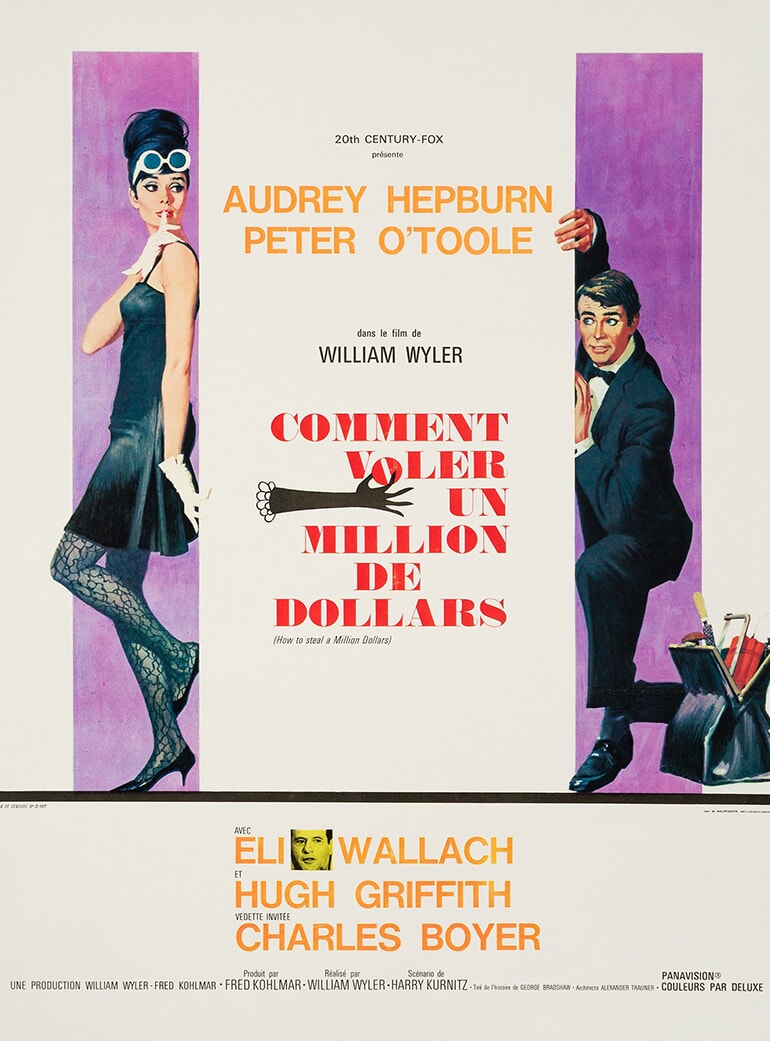 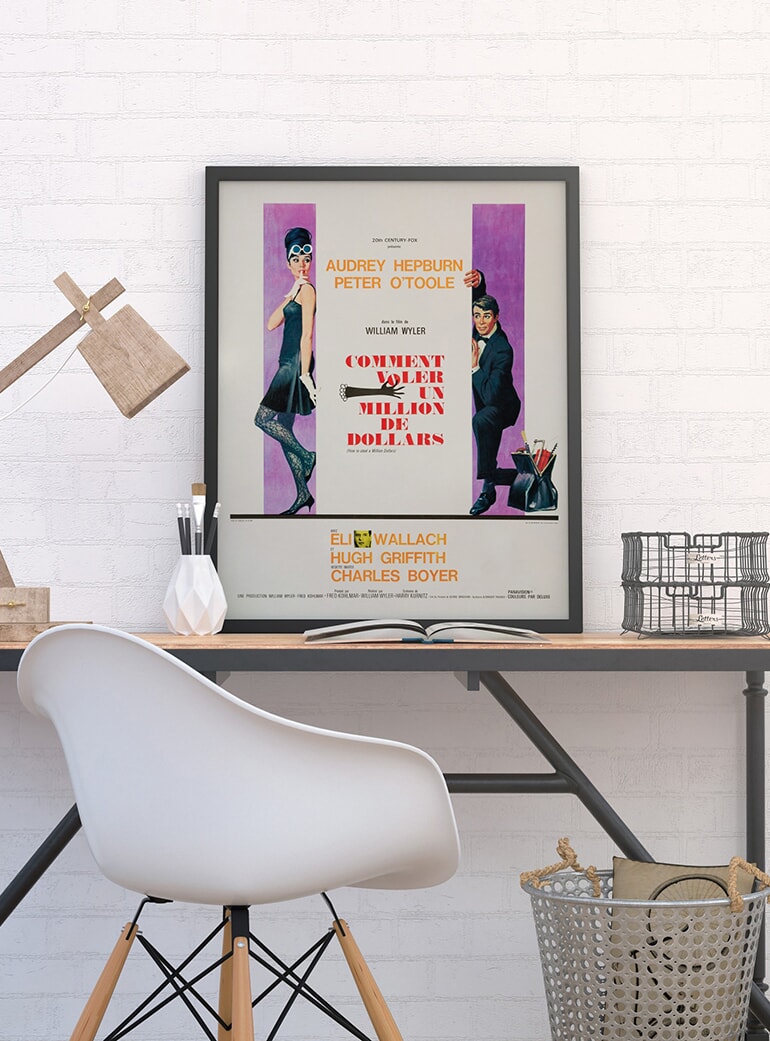 How to Steal A Million, 1966 Original Poster

A charming French Petite for the 1966 Audrey Hepburn Parisian heist comedy How To Steal A Million.

In her third picture to be directed by William Wyler, Hepburn played the straight-laced daughter of an art forger who teams up with suave society burglar Peter O'Toole to steal her father's faux Cellini from

a museum before it's discovered to be a fake.

Hepburn and O'Toole had a ball teasing each other on set, particularly through an intimate eleven day shoot in a janitor's closet.

Wyler grumbled They react on each other like laughing gas, and the trouble is they're in almost every scene together. Givenchy clothed Audrey in sixties perfection throughout.

Some critics found the movie out of touch, but the frivolous glamour and witty dialogue gave audiences a welcome respite from the Vietnam war and generated a box office success.