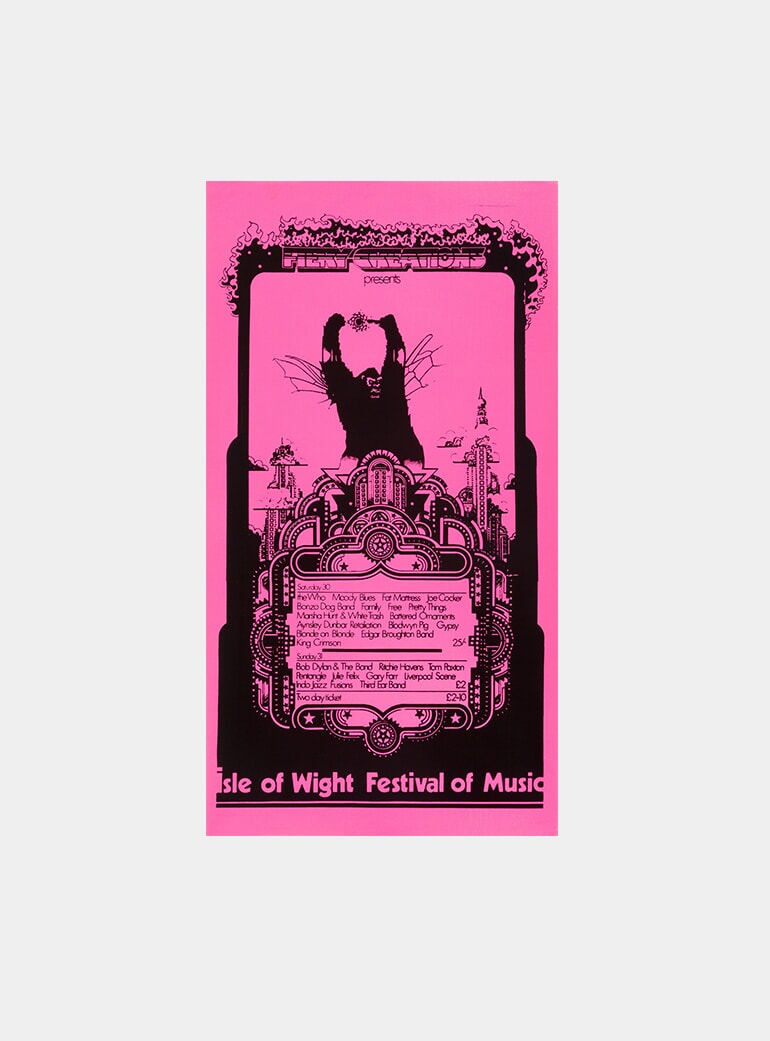 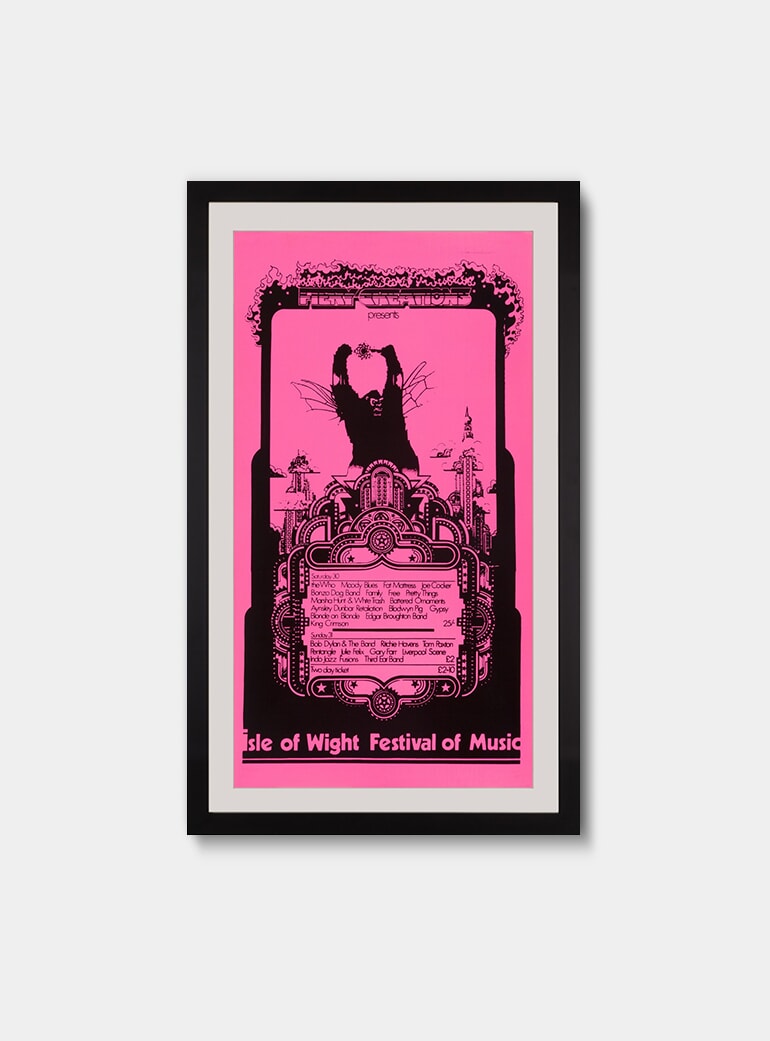 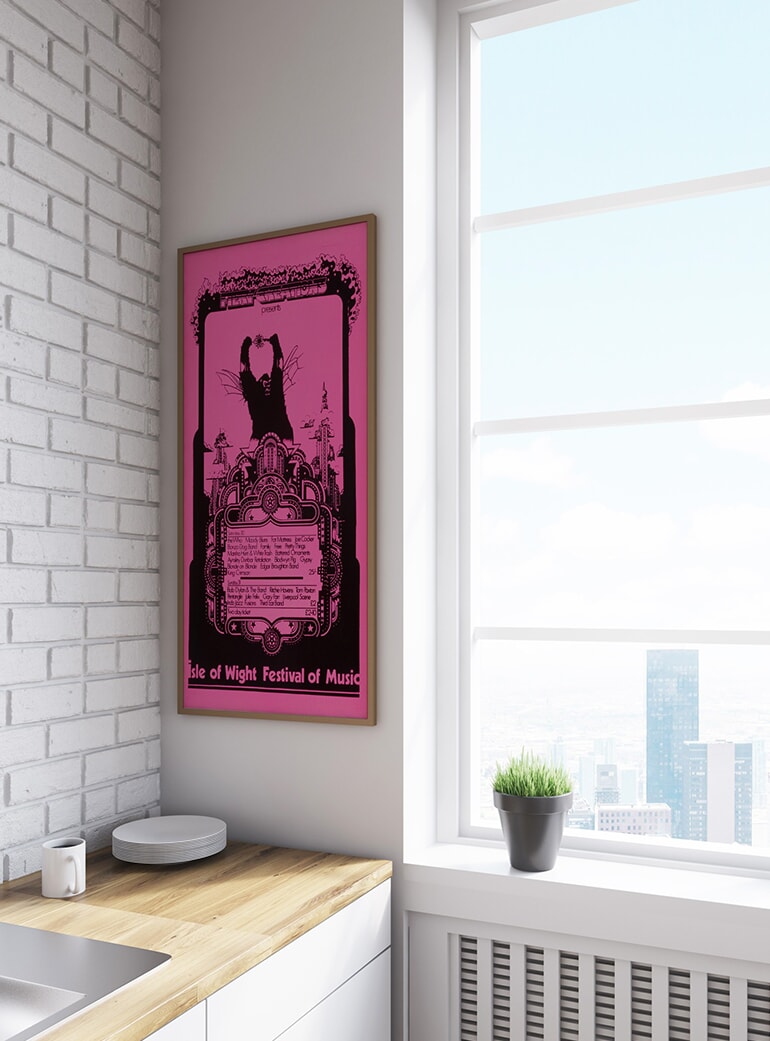 A shocking day-glo pink poster by Liverpudlian artist David Fairbrother-Roe for the UK's 1969 Isle of Wight Festival. Just 11 days after Woodstock, over 150,000 peace-loving revellers from all over the world descended on the Isle of Wight on 29 August to see legendary headliners Bob Dylan and The Who, along with a mix of international artists including The Band, Free, Joe Cocker, The Pretty Things, The Bonzo Dog Band and The Moody Blues.

Dylan's appearance was notable as his first performance in almost three years following his 1966 motorcycle accident, having shunned the Woodstock Festival near his home in upstate New York. His return to the stage reportedly drew a crowd including John Lennon, Ringo Starr, Keith Richards, Bill Wyman, Charlie Watts, Eric Clapton, Yoko Ono, Liz Taylor, Richard Burton, Jane Fonda and Elton John. Unlike Dylan, The Who had performed at Woodstock weeks earlier, playing their rock opera Tommy to the crowds at both festivals. As well as the pink, this poster was also screenprinted in a neon yellow colourway.

Unfolded, not backed. Some creasing to right corners. A couple of minor nicks to edges. A couple of light brownish stains to upper edge at reverse which faintly bleed through. Image and colours excellent.