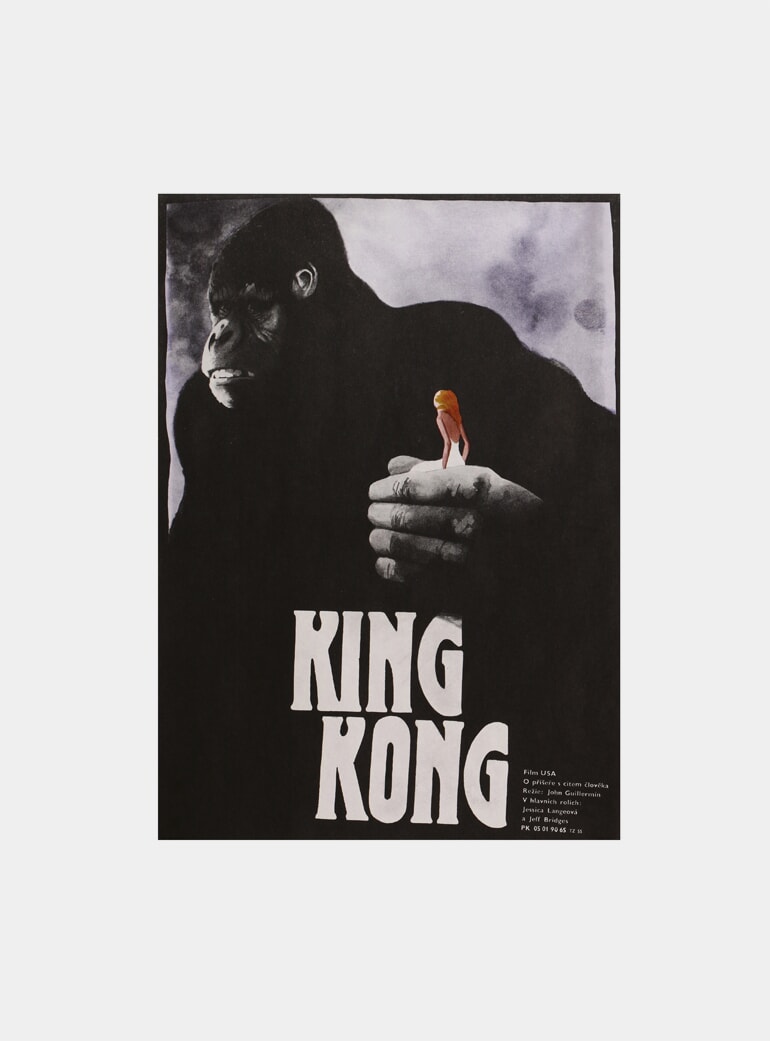 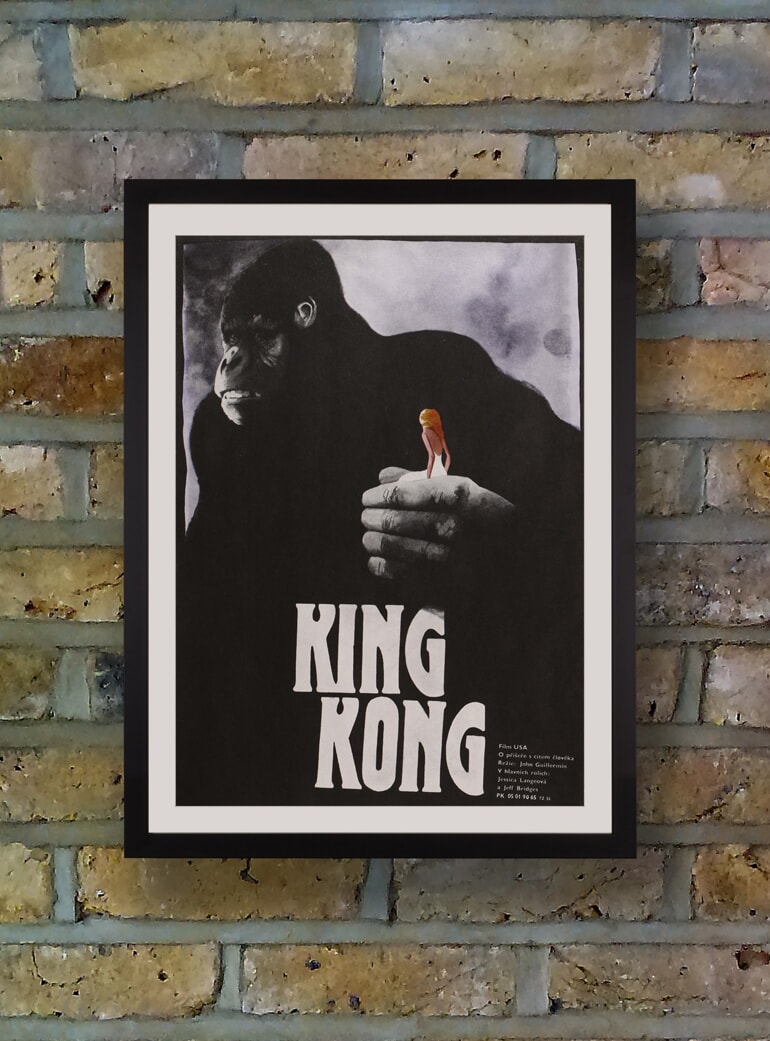 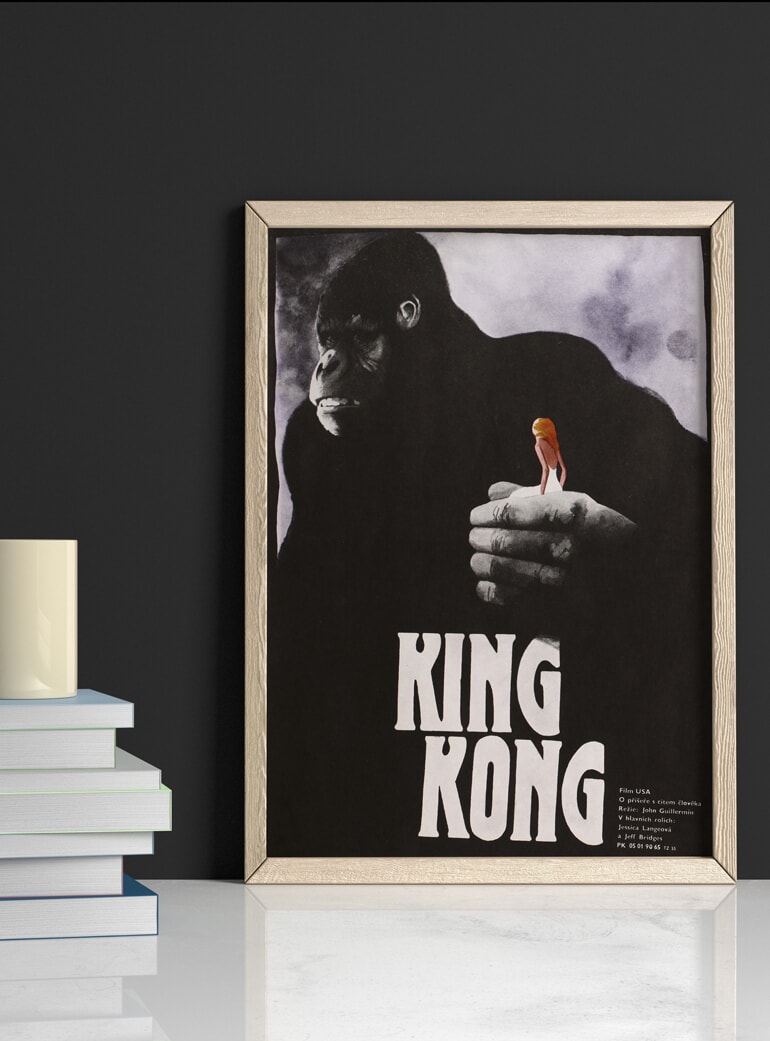 Although Western films were shown during the Soviet era in the Communist Bloc, American publicity materials were banned, allowing the state-commissioned artists to operate with total creative freedom from the demands of the big Hollywood studios, offering quirky interpretations which often had little reference to the film.

Issued for the first Czech release of Dino De Laurentiis' 1976 monster remake starring Jessica Lange and Jeff Bridges, Zdeněk Vlach's inky design is haunting in it's simplicity, the bold white title taking centre stage against the shadowy hulk of the giant ape clutching a beautiful blonde in his monumental hand.

A commercial success, the film won an Academy Award for Best Visual Effects.