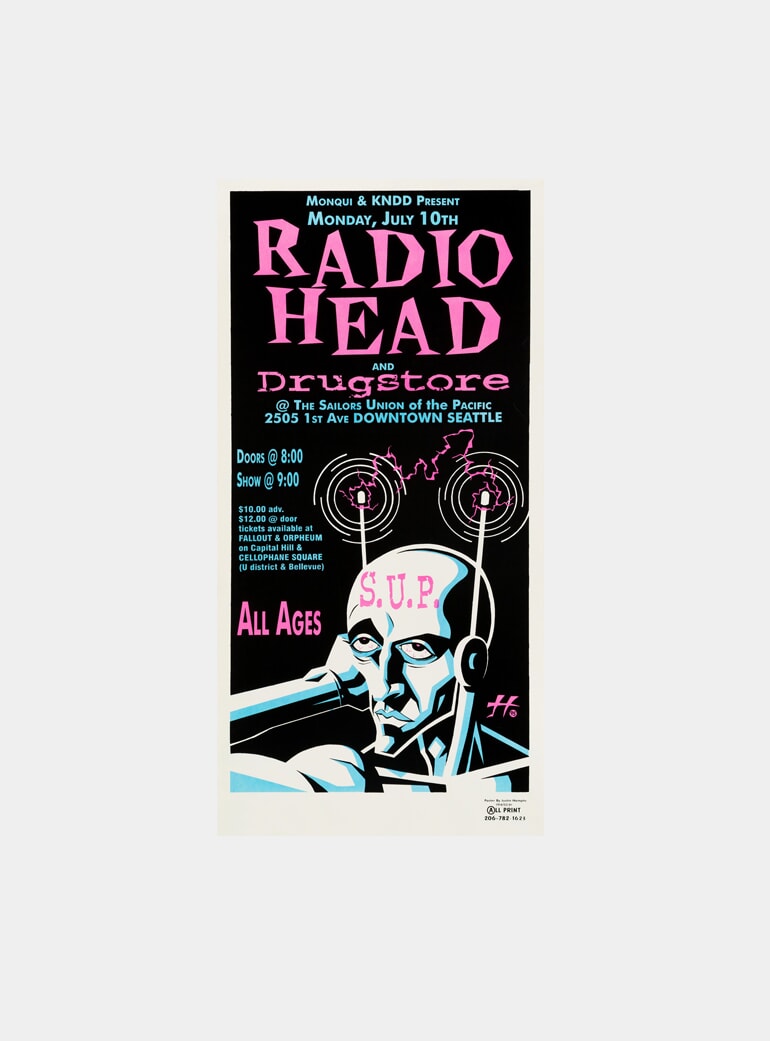 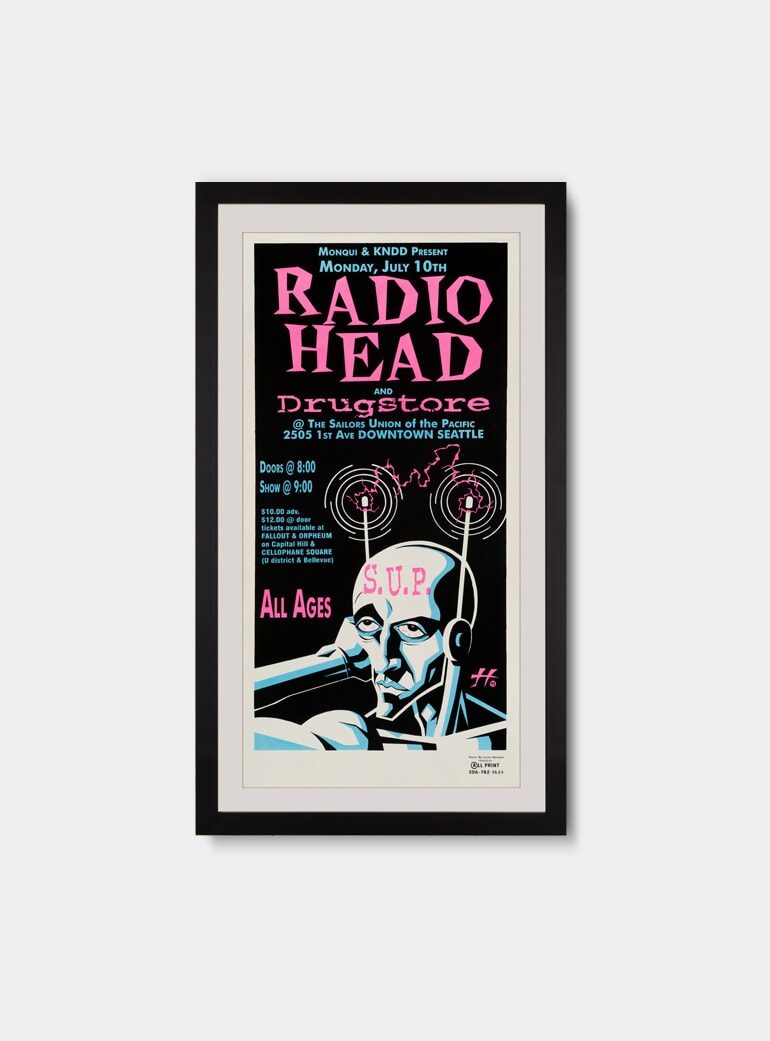 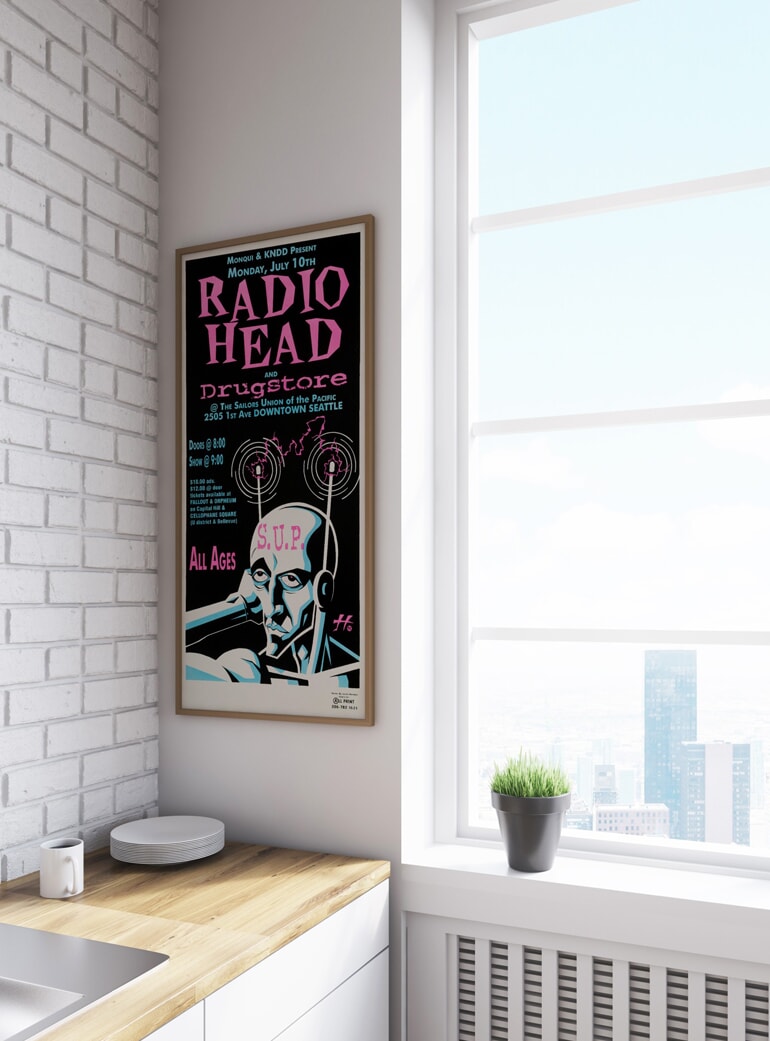 A rare and early screenprint poster for a performance by Radiohead at the Sailors Union of the Pacific, Seattle on Monday 10th July, 1995, in support of their 1995 album The Bends.

Artist Justin Hampton very literally translated the band's name with a futuristic robot figure with radio masts on either side of its head. Hampton later explained that the original run, as in a lot of my really early posters, had no signed and numbered run.

There were only 75 or so and they were only used for promotion of the show and I'd get a few extra as well. This example is from the scarce and sought after original run of 75 posters printed to hang in cafes and record shops to promote the show. Hampton reprinted a signed and numbered edition of 100 in 1998 with alterations to some design elements including the removal of the S.U.P. stamp from the robot's head and full colour eyes instead of the bloodshot white of the original design.

This poster was acquired from a small record store in Seattle.

A few minor nicks and creases to edges and a small area of creasing to edge of black ground to right of "e" in "Drugstore." Two small brownish stains to edges which are not that noticeable or distracting.