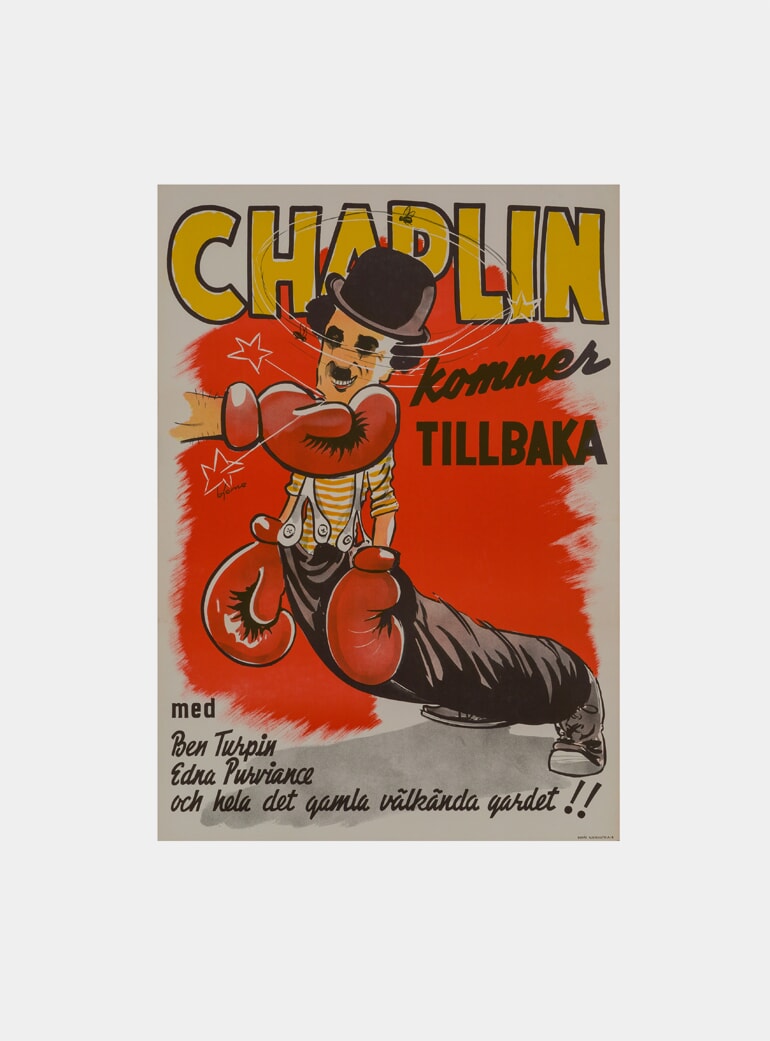 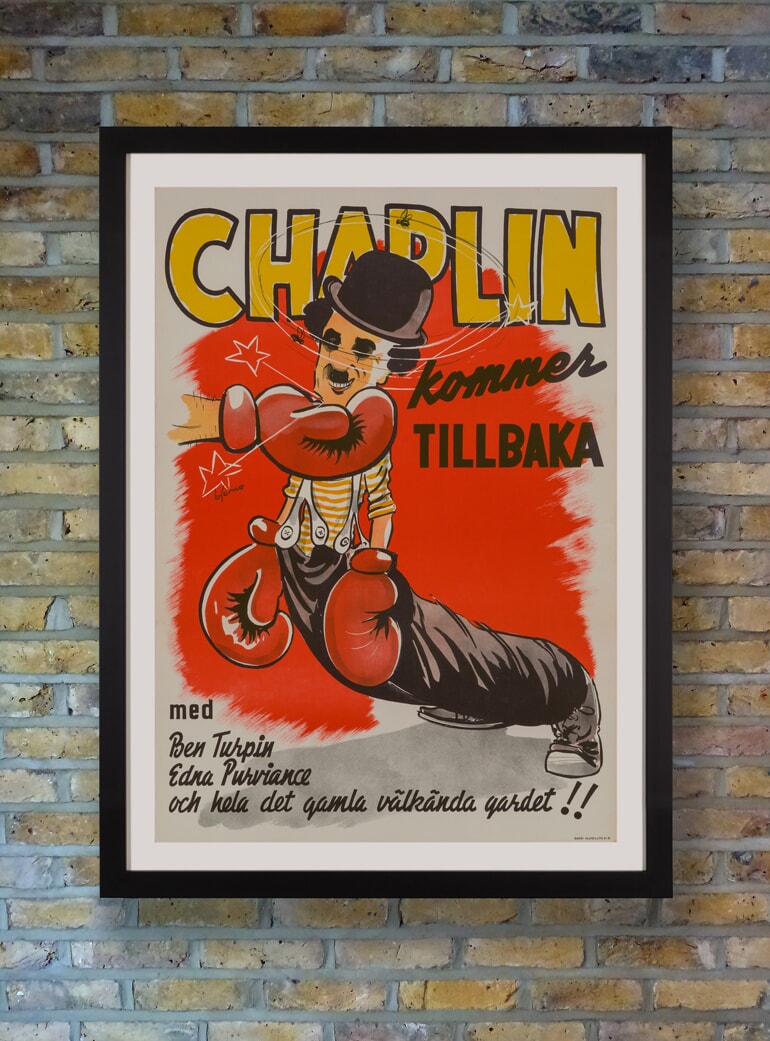 A bold, eye-catching poster for a 1944 Swedish re-release of the 1915 Charlie Chaplin silent boxing comedy short The Champion, starring Chaplin as the sparring partner who wins the championship match.

Chaplin had previously played a boxing referee in the 1914 short The Knockout, and would go on to revisit the theme in his 1931 masterpiece City Lights.

Unfolded, backed on linen. Minor edge wear has been smoothed out by linen backing and is now virtually invisible. Slight darkening to edges. Image and colours excellent.