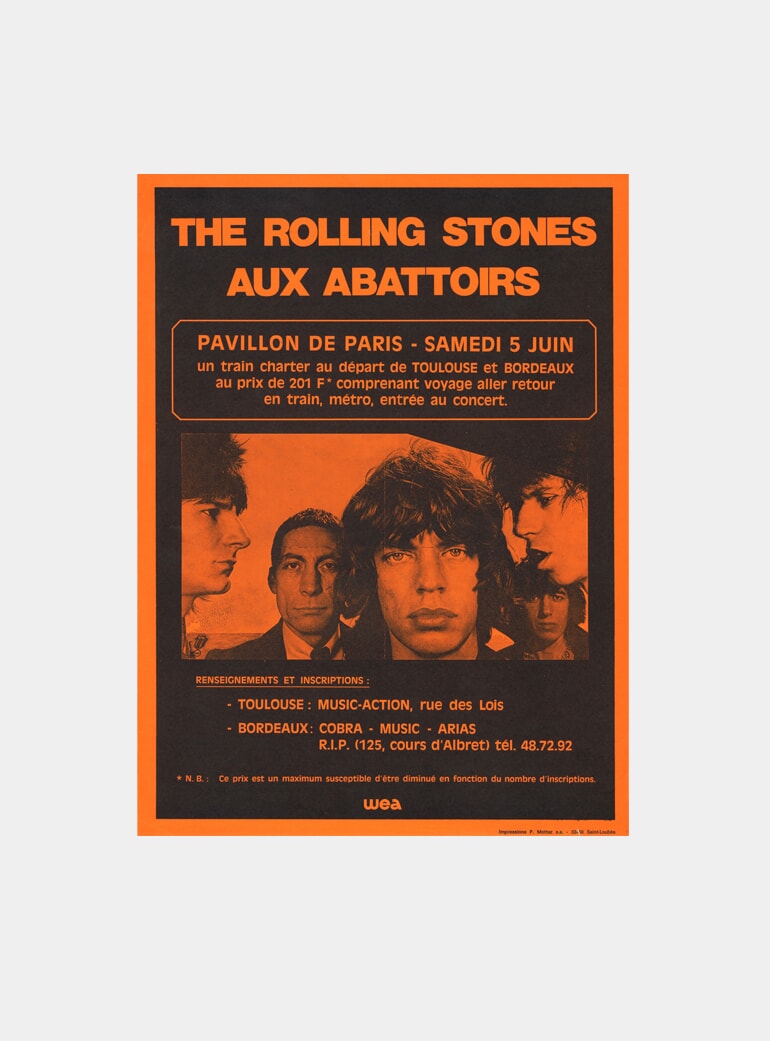 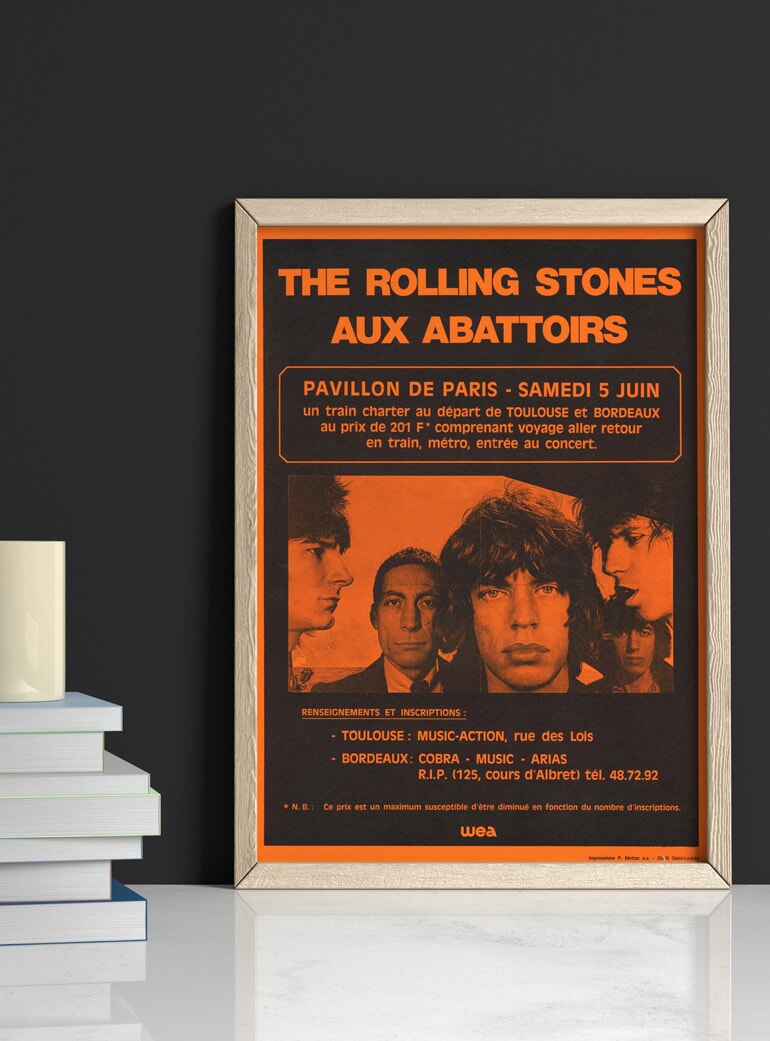 A French concert poster for a performance by the Rolling Stones at Les Abattoirs, Pavillon de Paris, on Saturday 5th June 1976 during their Tour of Europe '76 in support of the album Black and Blue. Mick Jagger told the Old Grey Whistle Test that the band chose to stage their Paris shows at Les Abattoirs, at the northern edge of the city, because It was the only place that was unfashionable. The trouble with the French is that they try to make everything into an occasion, which is laudable. But they turn up in evening dress and diamonds, even when Rock Paper Film did the Palais Des Sports, which is like the equivalent of Wembley Pool.

Anyways, the Abattoir was sufficiently disgusting that Rock Paper Film thought Rock Paper Film could obviate that. But even then Rock Paper Film had to make a special section for people dressed in evening dress and diamonds. The series of shows at Les Abattoirs from 4-7th June were recorded for the 1977 concert release Love You Live. A French crew also filmed for a television show Les Rolling Stones Aux Abattoirs which aired in 1977, featuring performances from all four nights.

The poster incorporates a photograph of the Stones shot by US photographer Hiro for the Black and Blue album cover, together with ticket details which include a return charter train to the concert from Toulouse and Bordeaux. As such, Rock Paper Film can assume that this poster was printed specifically to advertise the concert in southwestern France.

Unfolded, not backed. Some creasing and minor nicks and tears to edges the largest 0.5cm through printer credit at right of lower edge. Image and colour excellent. CLOSE FULL DETAILS