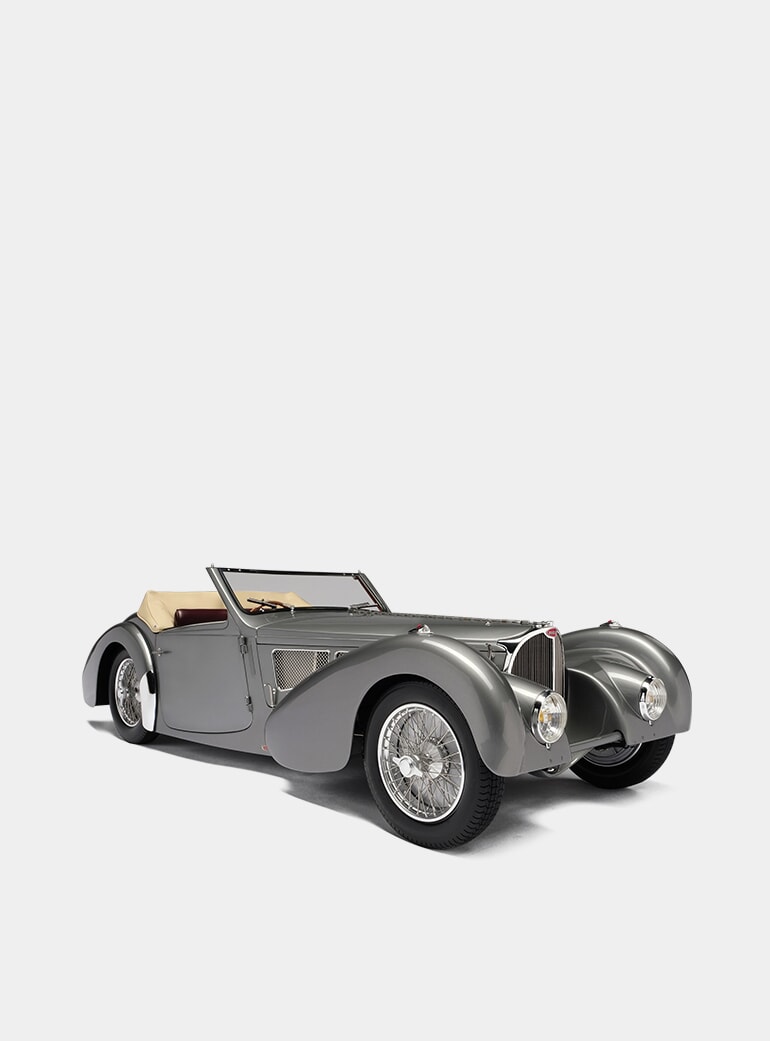 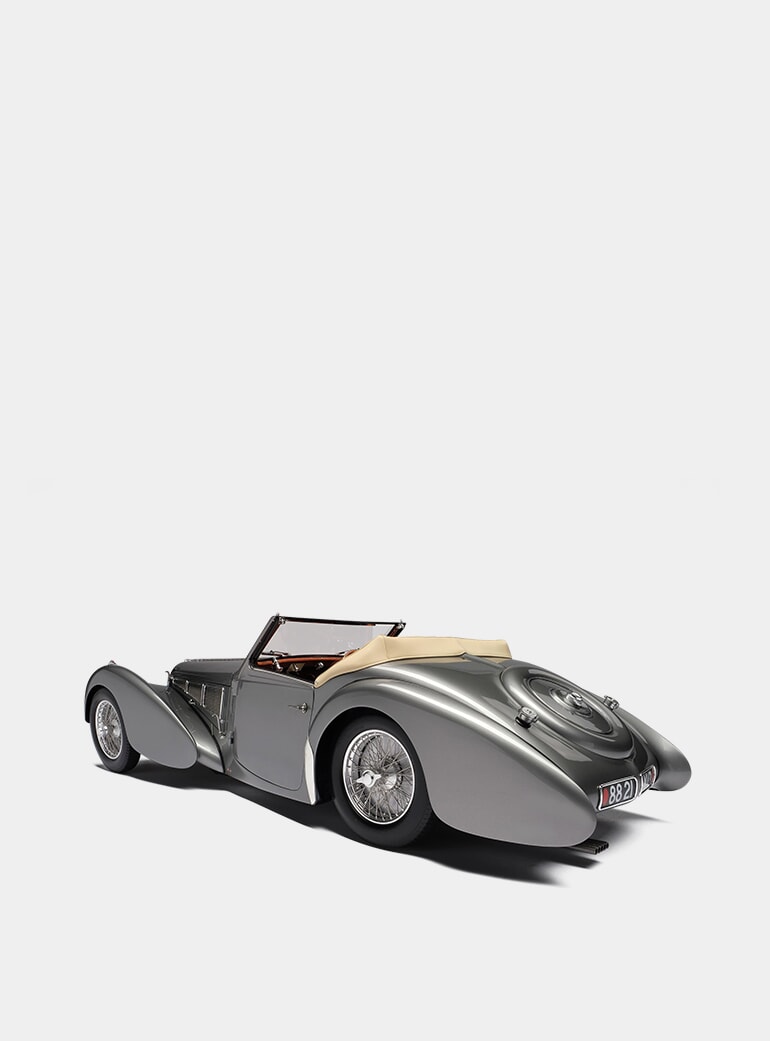 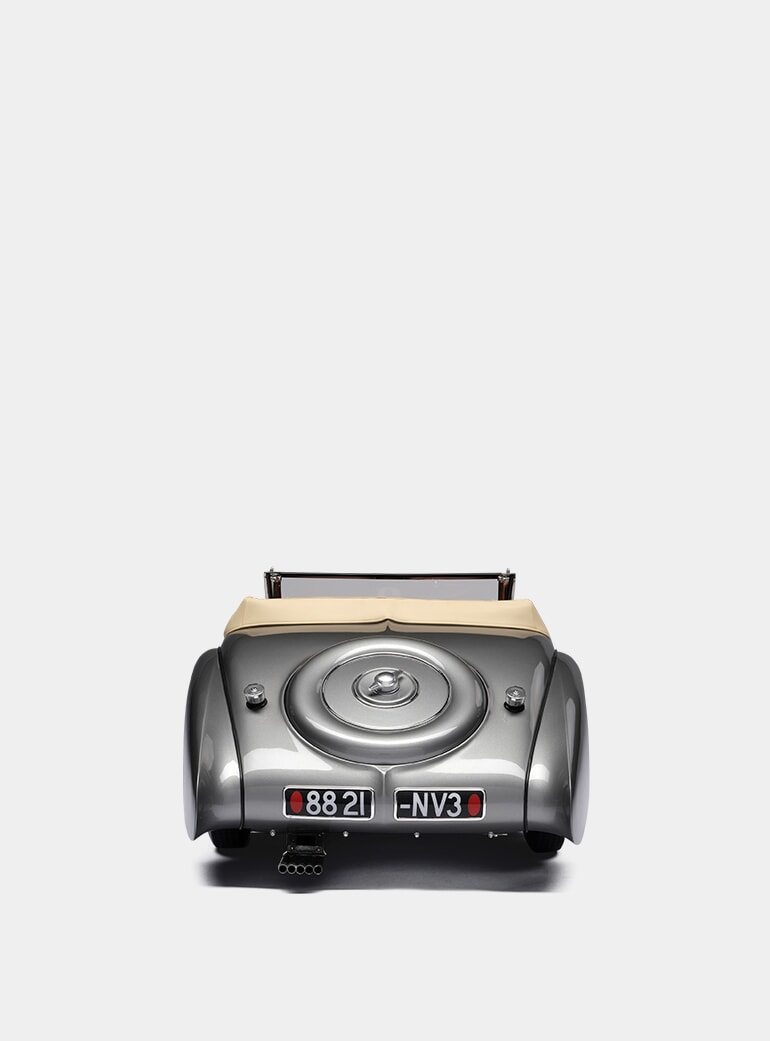 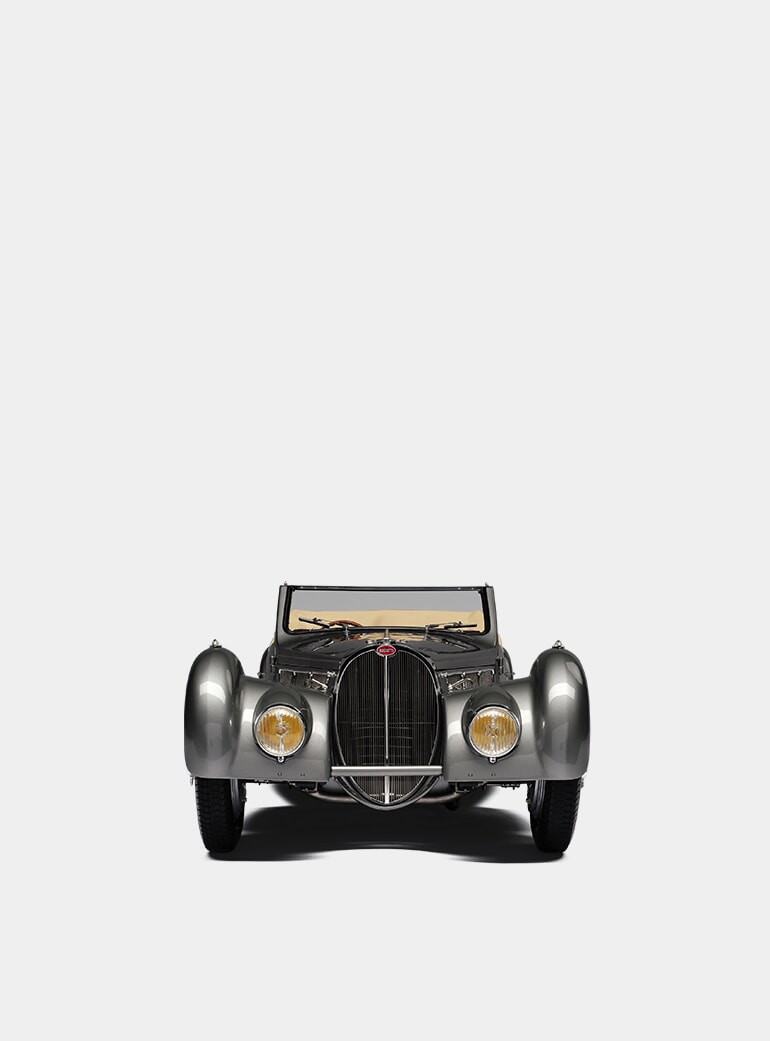 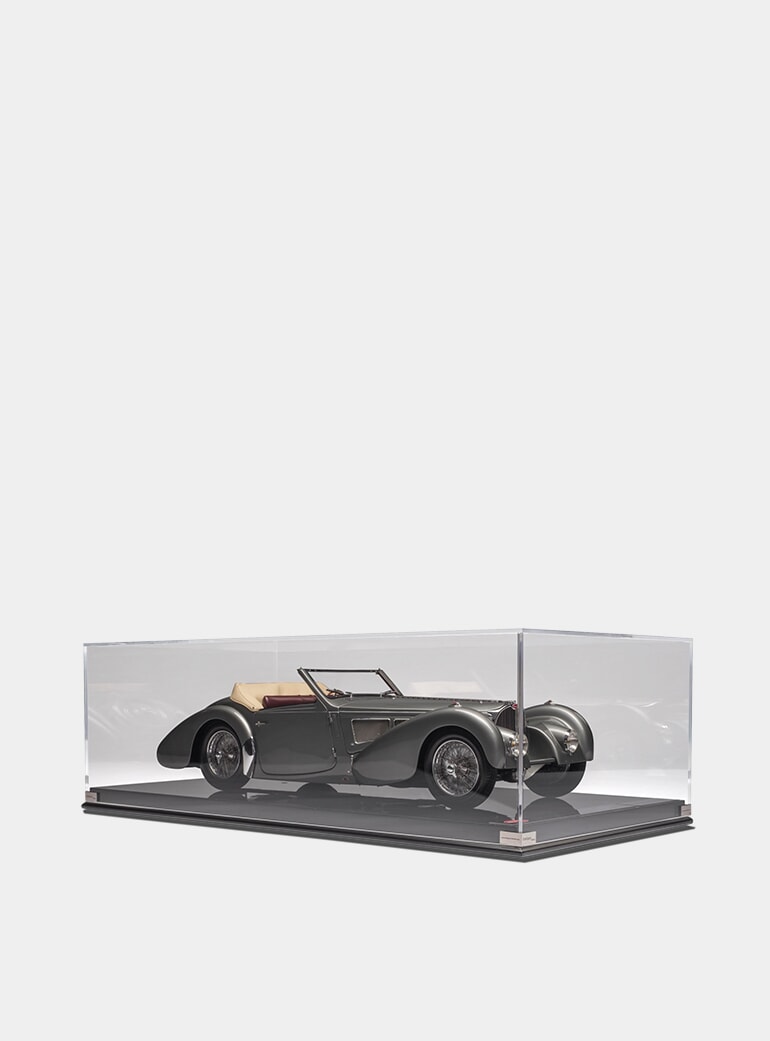 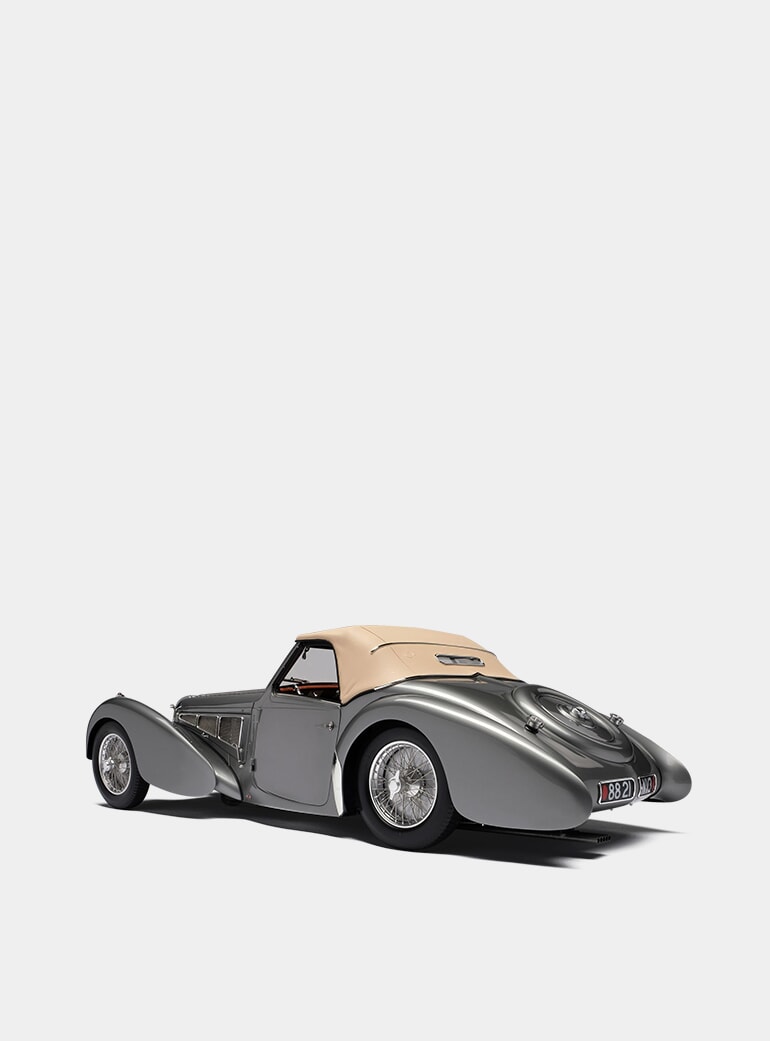 One of just three examples made in period, this Bugatti Type 57SC Atlantic was ordered by Frenchman, Mr Philippe Levy, in this wonderfully art deco-appropriate colour scheme.

Levy commissioned a one-off body for the 57SC from the fabled Swiss/French coachbuilder Gangloff, whose premises was located in Colmar, near to Bugatti’s Molsheim manufacture. With a top speed of 125 miles per hour, Bugattis of the 1930s were not just some of the most enigmatic and exclusive cars available, but also some of the fastest.

Truly the ‘supercars’ of their day, epitomising the glories of the age, Ettore Bugatti’s creations are now rightly some of the most sought after classics of all time.

This Type 57SC Gangloff is one of many astonishing cars in the car collection owned by Ralph Lauren, who was kind enough to let us use Amalgam's supremely accurate digital scanning on his original car, allowing us to perfectly recreate every detail at scale. This fine scale model has been handcrafted and finished in Amalgam's workshops with the co-operation and assistance of the manufacturer regarding original finishes, materials, archive imagery and drawings. Furthermore, the prototype model has undergone detailed scrutiny by the manufacturer’s engineering and design teams to ensure complete accuracy of representation.

The Bugatti Gangloff Type 57 Cabriolet is limited to only 199 editions. 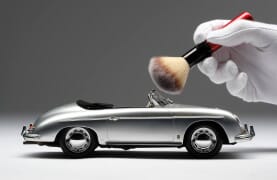