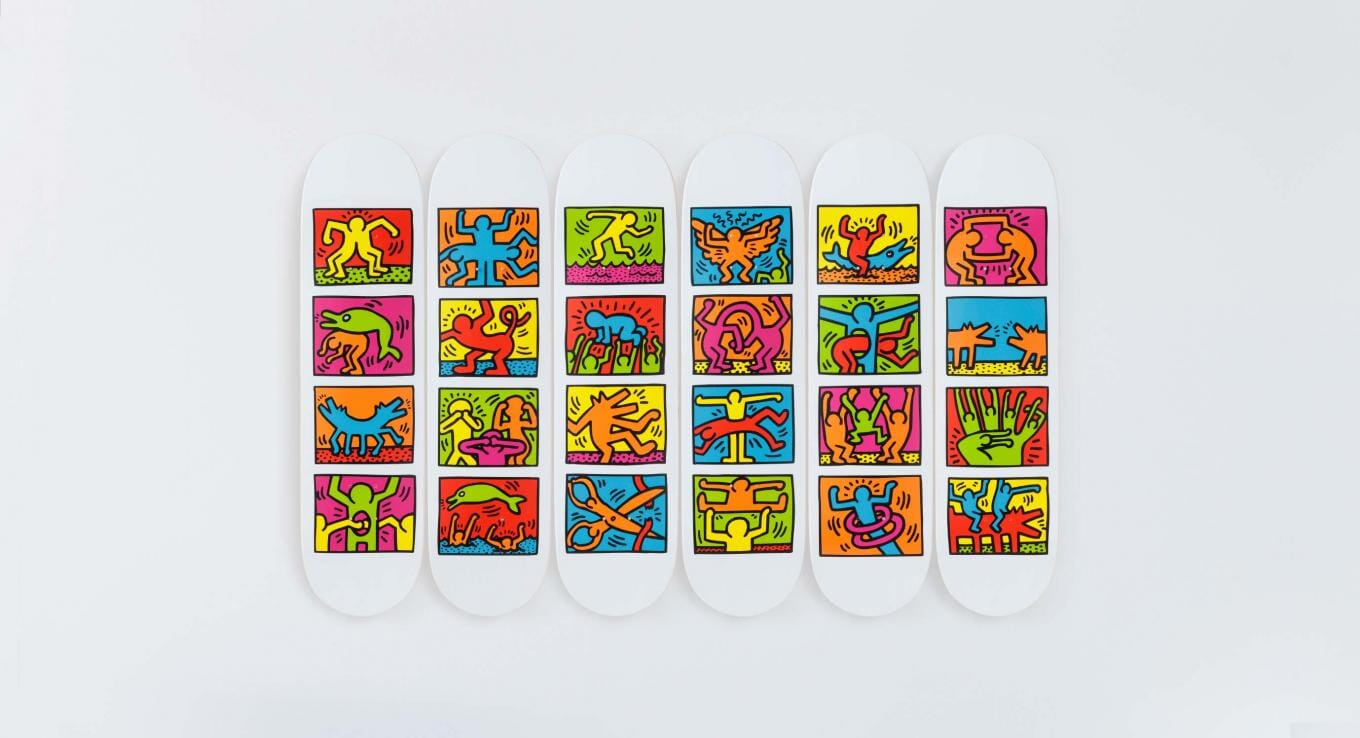 Many of the brands that you’ll find at OPUMO focus on sustainability and responsibility in their production processes and business structures. While some brand's focus revolves around the production process, The Skateroom takes a different stance.

The Skateroom challenges the status quo of brand and corporate responsibility, turning consumers into active contributors in socially engaged projects through what they call a ‘5:25 business model’. Every product purchased from The Skateroom sees 5% of the turnover or 25% of the profit – whichever is greater – go to fund 29 social skate projects dedicated to empowering at-risk youth around the world. So there’s never been more reason to adorn your walls with Keith Haring’s artwork. 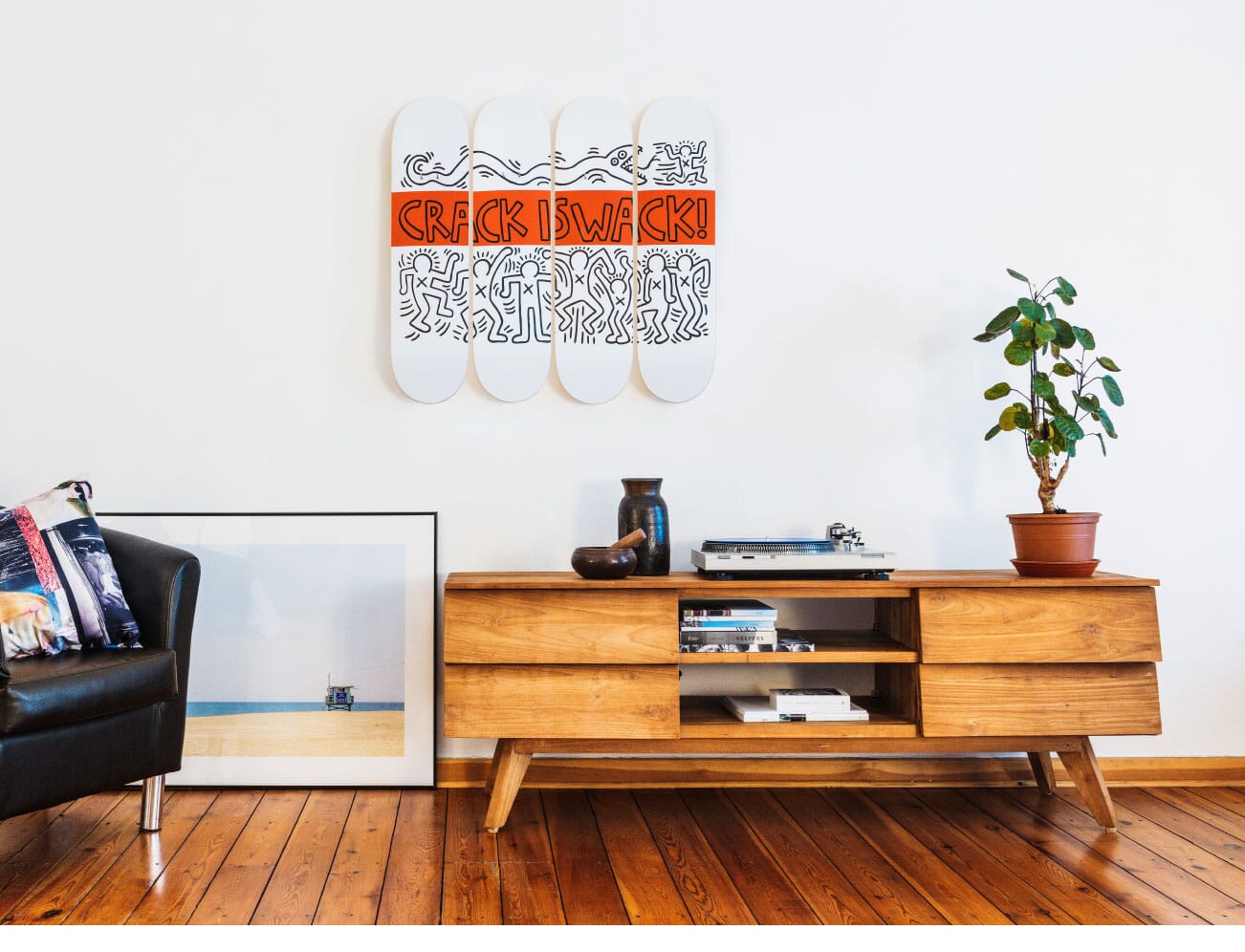 Keith Haring is one of New York’s best known artistic talents. Although he was born in Pennsylvania, Haring gained a following after his paintings began to appear on the New York Subway. Keith Haring’s art is commonly associated with that of Jean-Michel Basquiat, a close friend and inspiration for Haring. 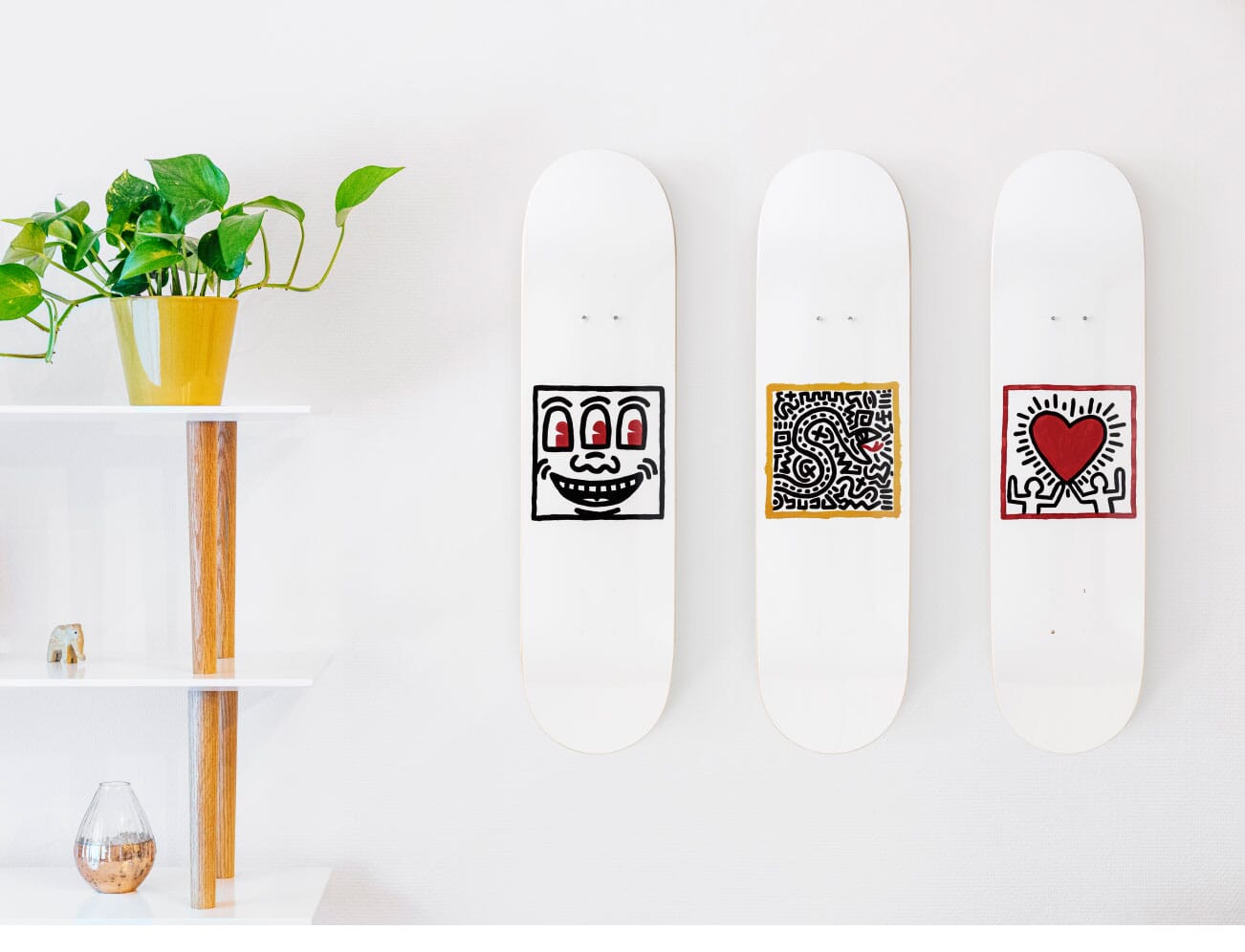 Like the work of Jean-Michel Basquiat – whose work you can also find on The Skateroom decks – Keith Haring’s art broached social and political issues of the time, in particular the HIV/AIDS epidemic. Haring’s work was shaped heavily by his surroundings: an active member of New York’s unofficial subway artists, the influence of graffiti is clear in his paintings and remained in his work throughout his short career. Keith Haring grew up in an extremely Christian community which can be seen in his work. Religious references crop up frequently in his paintings and several of his last works can now be found in cathedrals. 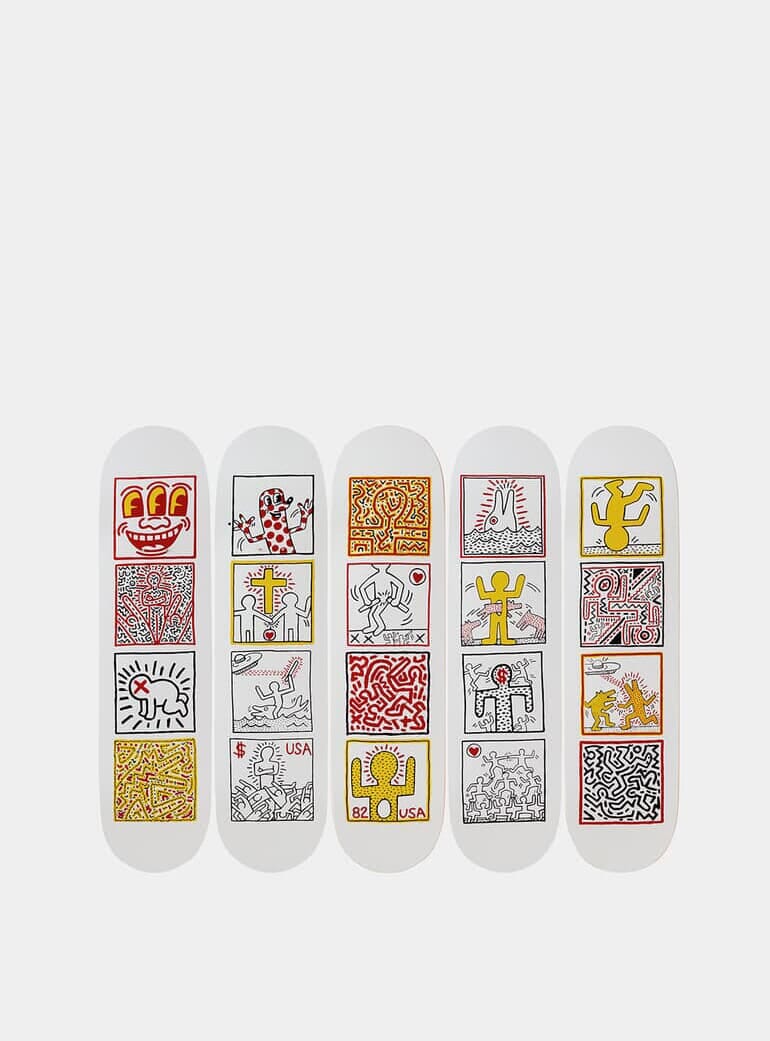 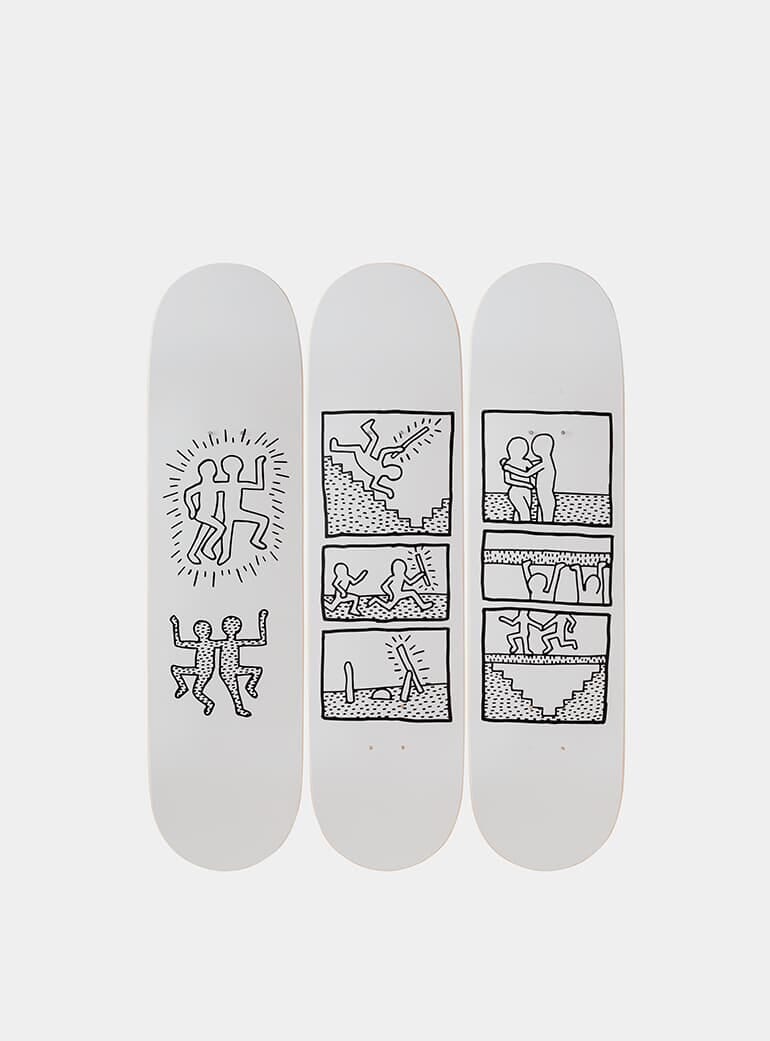 To continue The Skateroom’s run of iconic wall art, the Belgian brand has chosen Keith Haring to grace its decks. This partnership is one of our recent favourites – Keith Haring’s clean and immediate style is well suited to the skate deck medium. From the attention-grabbing Man and Medusa to the minimal, black-and-white Untitled 1981 Triptych, the collection is made up of bold shapes which – colourful or not – promise to spark conversation and add a contemporary edge to your interiors. 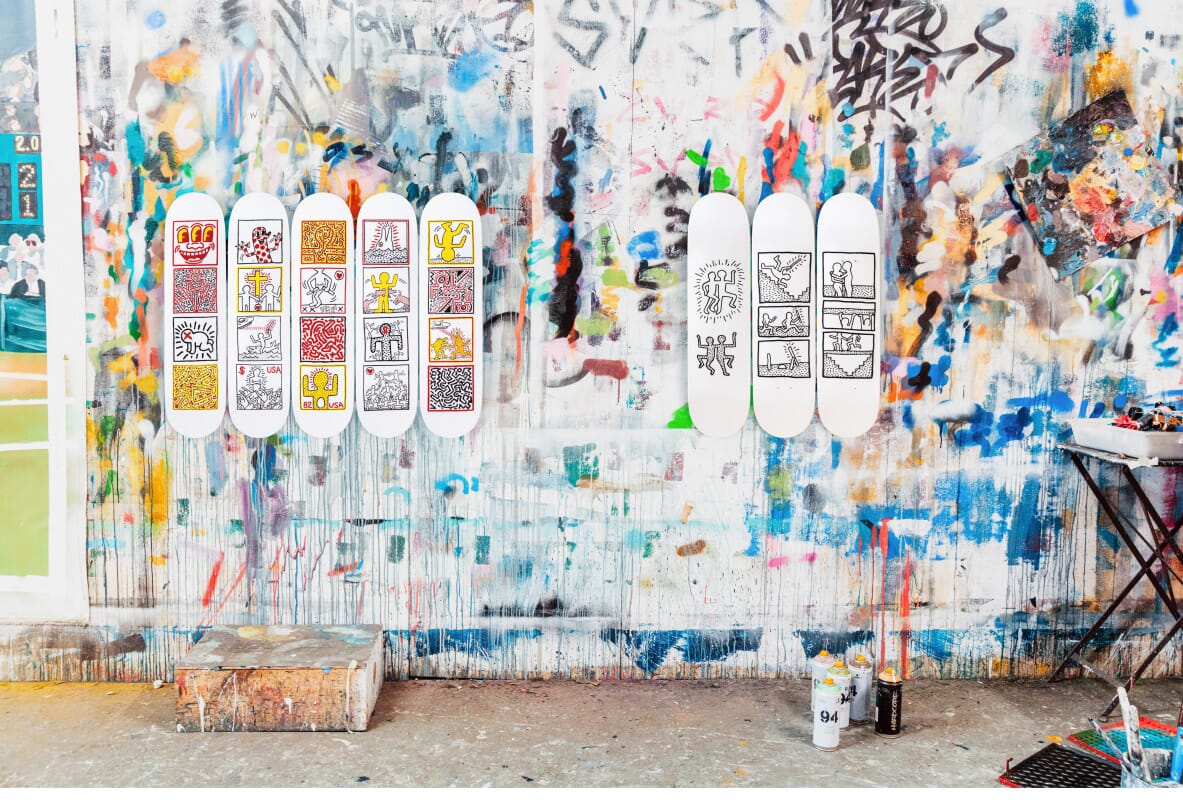 Shop The Skateroom at OPUMO.

Make sure you read our guide on how to hang your new The Skateroom decks.