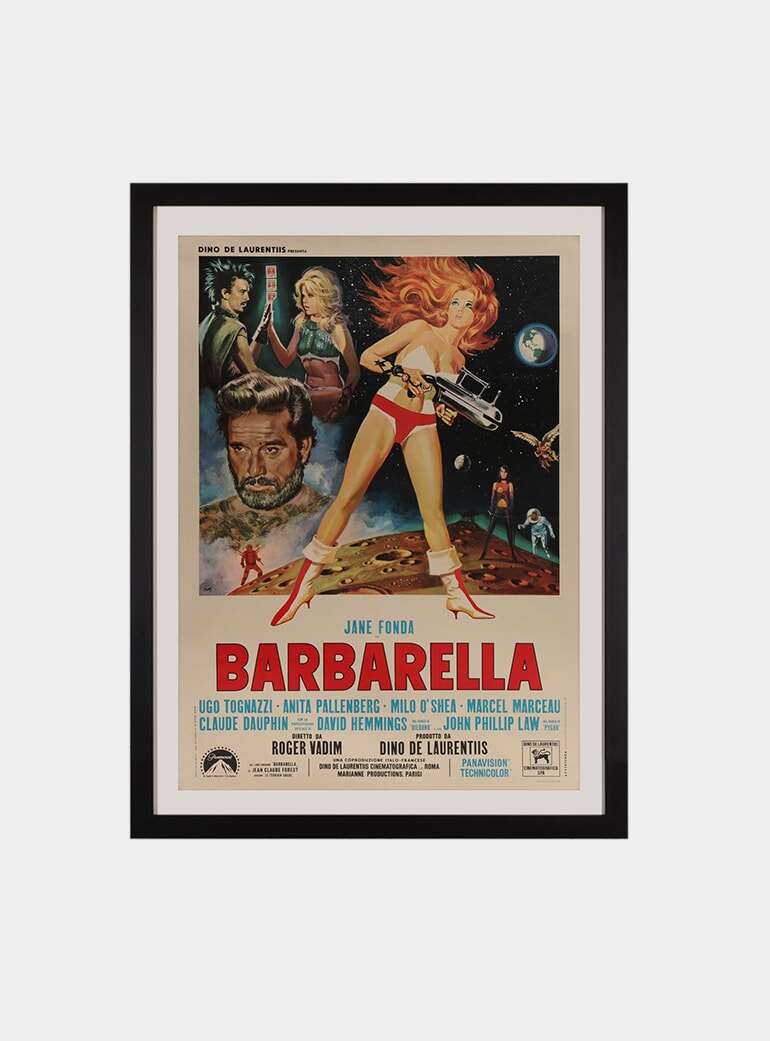 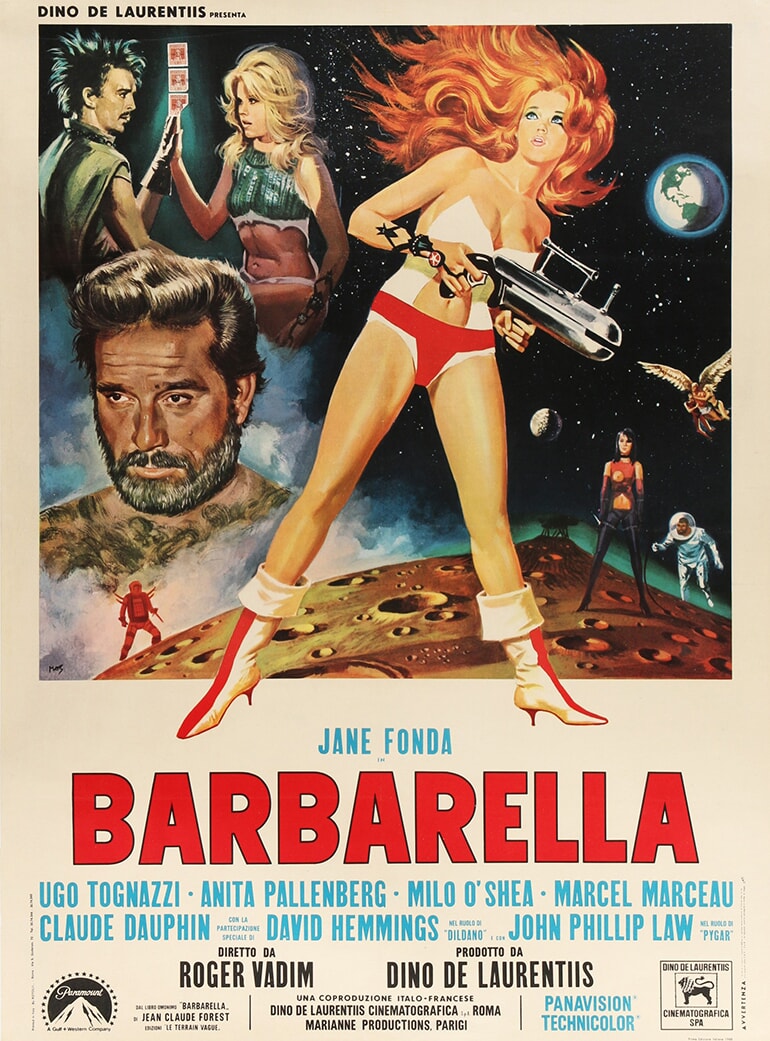 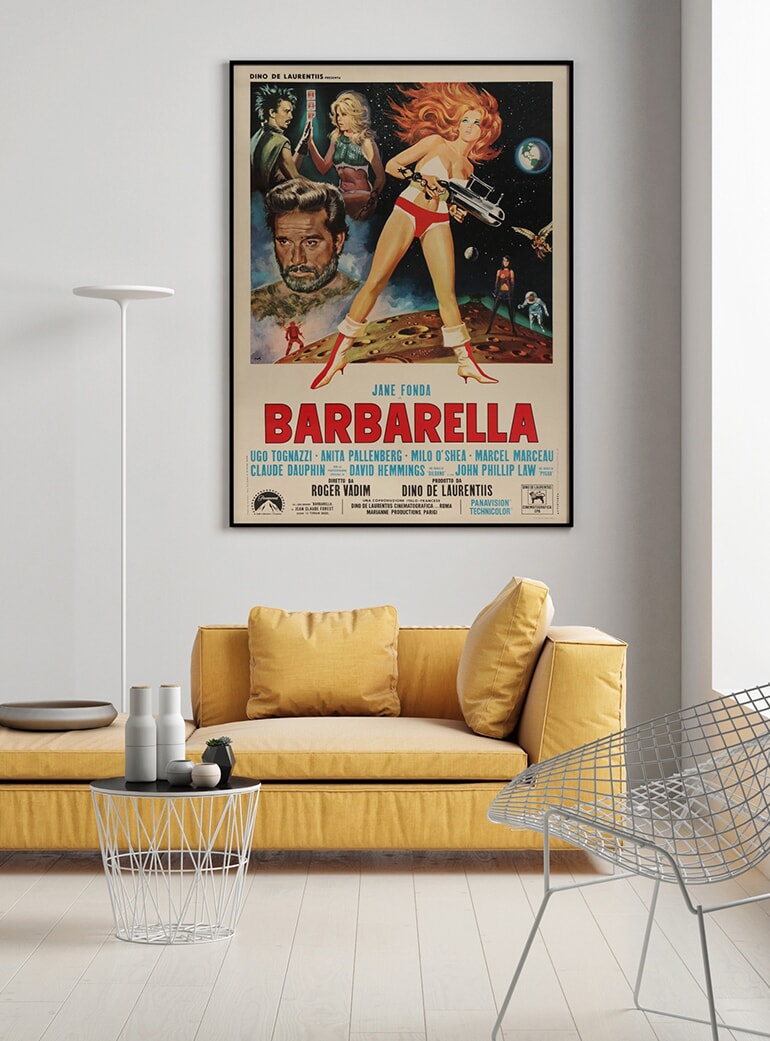 Though it premiered to mixed reviews, the film is now considered a cult classic, influencing Jean Paul Gaultier's costume designs for The Fifth Element and inspiring the name of pop band Duran Duran. Based on the Robert McGinnis design for the American campaign, Mario De Berardinis' artwork for this Italian due fogli features the same central figure of Barbarella, but flanked by a hairy-chested Ugo Tognazi as the "Catchman" Mark Hand and a bare-breasted Anita Pallenberg as The Great Tyrant.