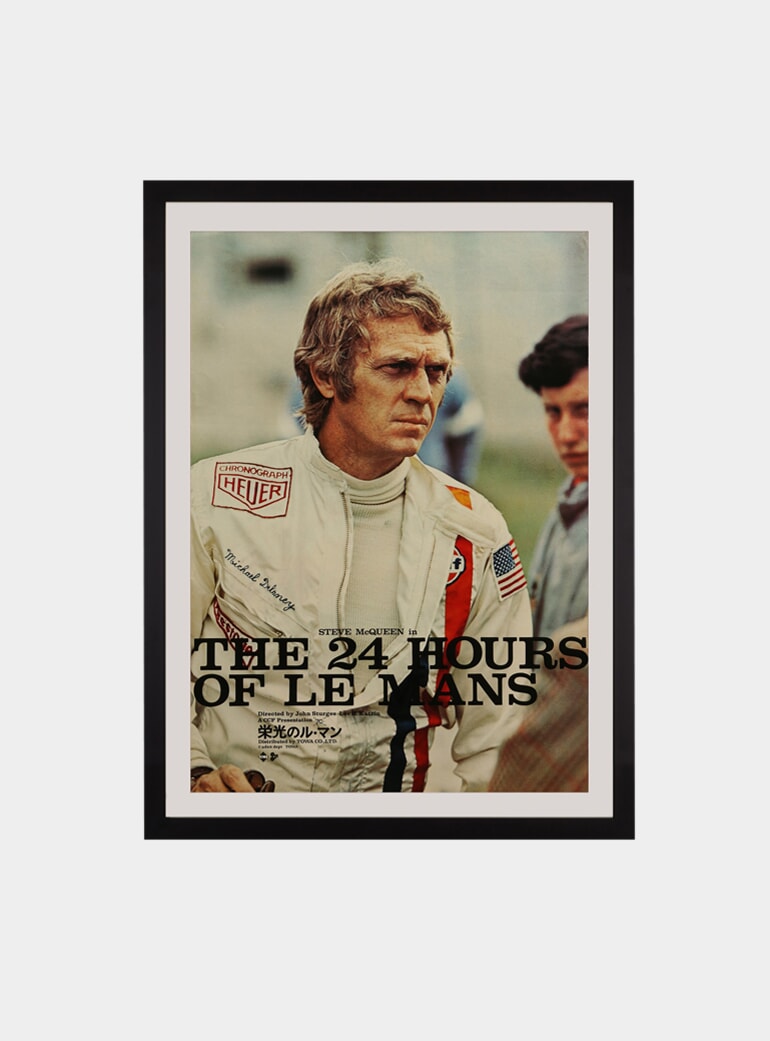 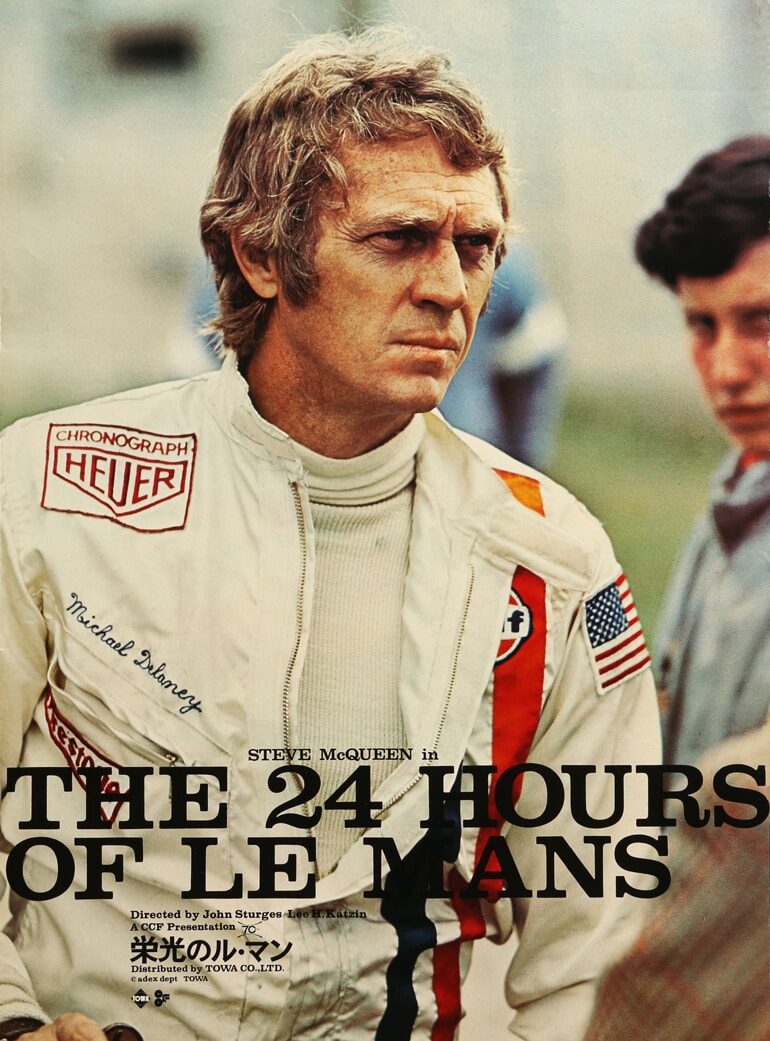 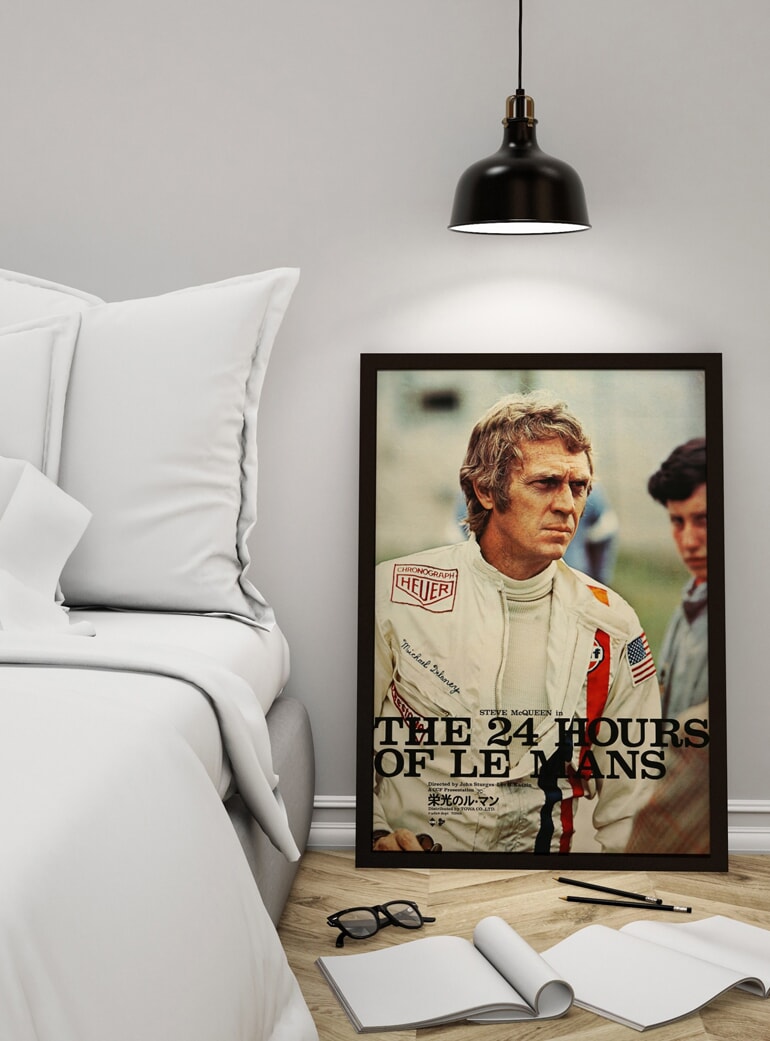 A scarce and uber-cool Japanese poster for the original 1971 release of Steve McQueen's seminal racing movie Le Mans, featuring the King of Cool himself in racing gear as American driver Michael Delaney.

A real passion project for avid auto racing enthusiast McQueen, the movie was a fictional account of the gruelling 24 Hours of Le Mans endurance race, featuring actual footage shot during the annual race at Le Mans, France, in 1970.

The fast paced drama focused on the duel between the American Delaney in a Gulf-sponsored Porsche 917 and the German Stahler in Ferrari 512LM at the height of the Porsche-vs-Ferrari team wars.

McQueen insisted on the use of a camera car, so that viewers could imagine they were behind the wheel, experiencing the tension of the race first hand. The production itself was fraught with tension, with McQueen at the peak of his fame and influence, frustrated that the film's insurers would not allow him to drive in the race himself.

Although not a box-office success at the time, Le Mans is now widely regarded as one of the best and most authentic racing movies ever made.