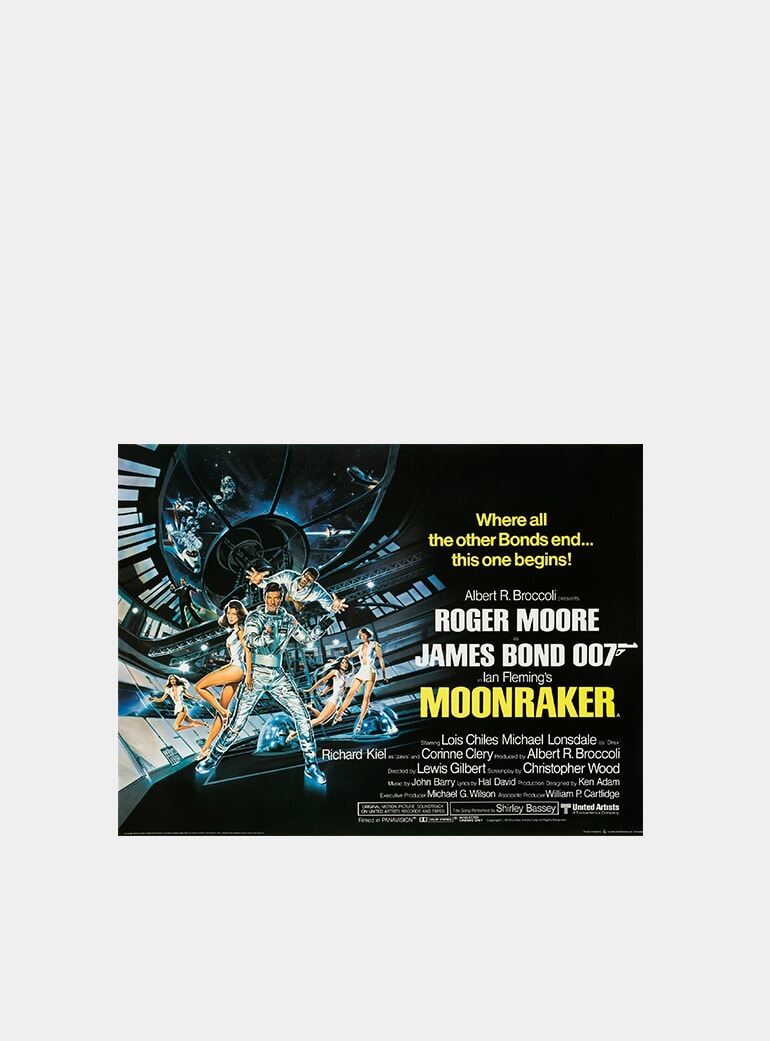 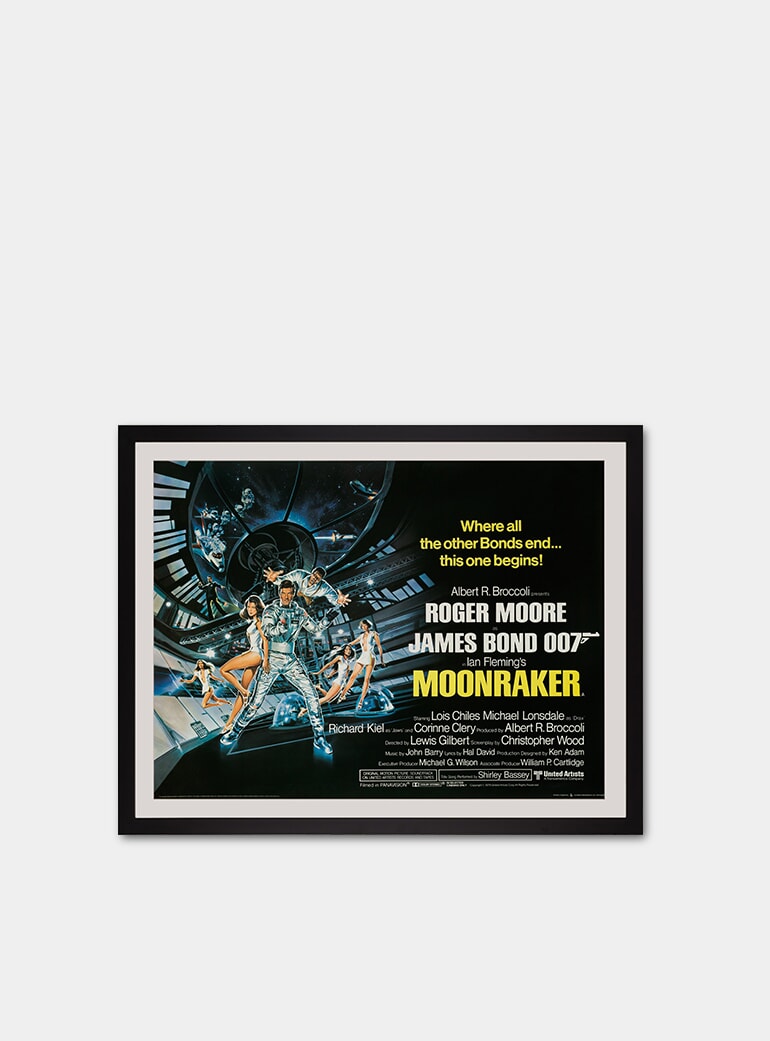 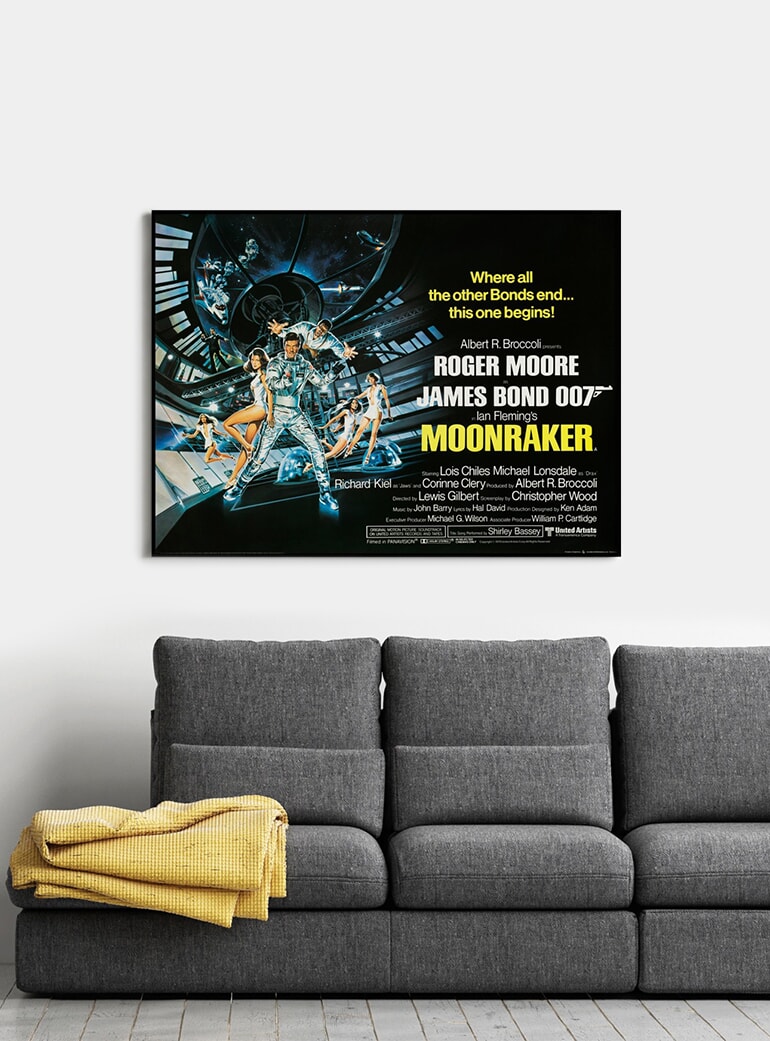 Capitalising on the sci-fi space craze in the wake of Star Wars, EON Productions' opted to postpone filming of For Your Eyes Only in favour of loosely adapting Ian Fleming's Moonraker as the eleventh installement in the James Bond series. And so Roger Moore's fourth outing as agent 007 saw him head into outer space to prevent a plot to wipe out the world population and recreate humanity with a master race. Despite production costs more than double those of The Spy Who Loved Me (1977), the space-age lark became the highest grossing 007 movie to date, until usurped by Goldeneye in 1995. Spectacular silvery artwork by American artist Daniel Goozee, picturing Bond in a spacesuit rather than his typical tux, graced both the British and US poster campaigns.

Unfolded, not backed. Minor bumps and creases to corners and edges. A few light creases throughout. Image and colours excellent.