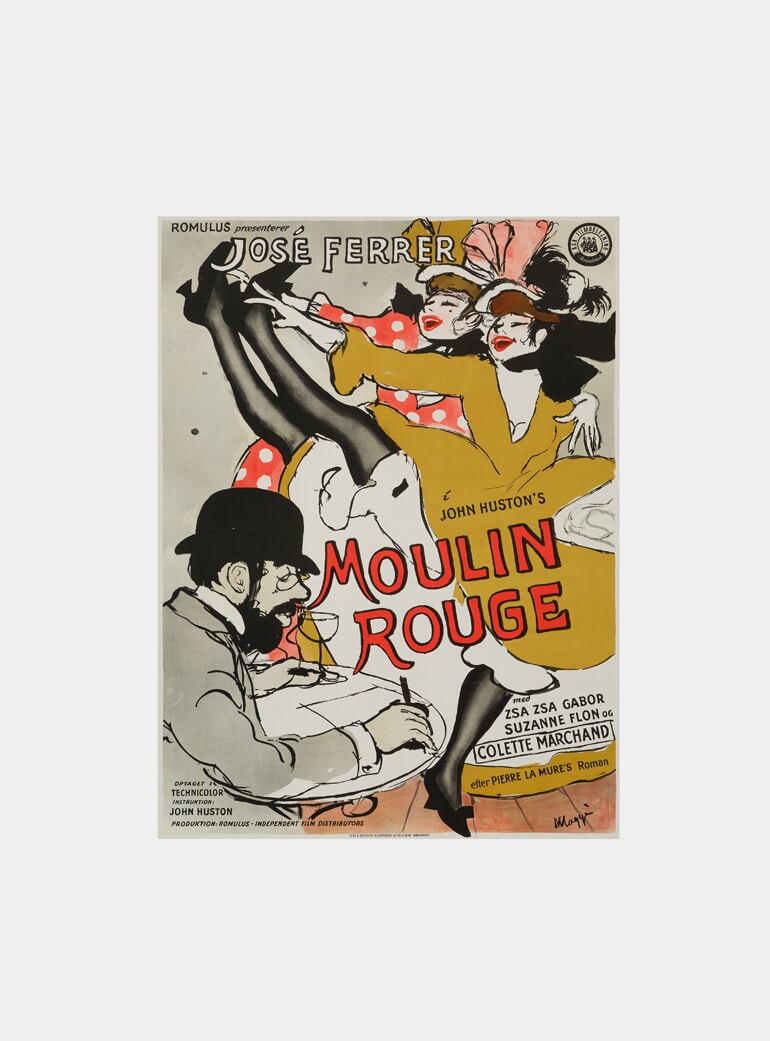 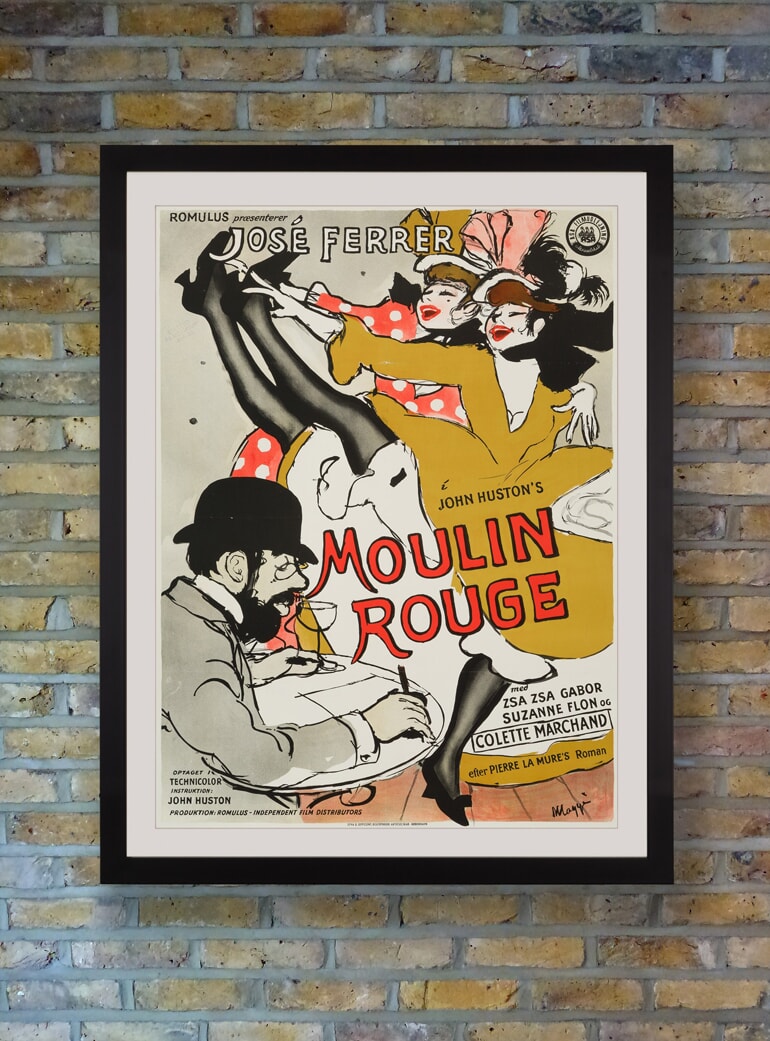 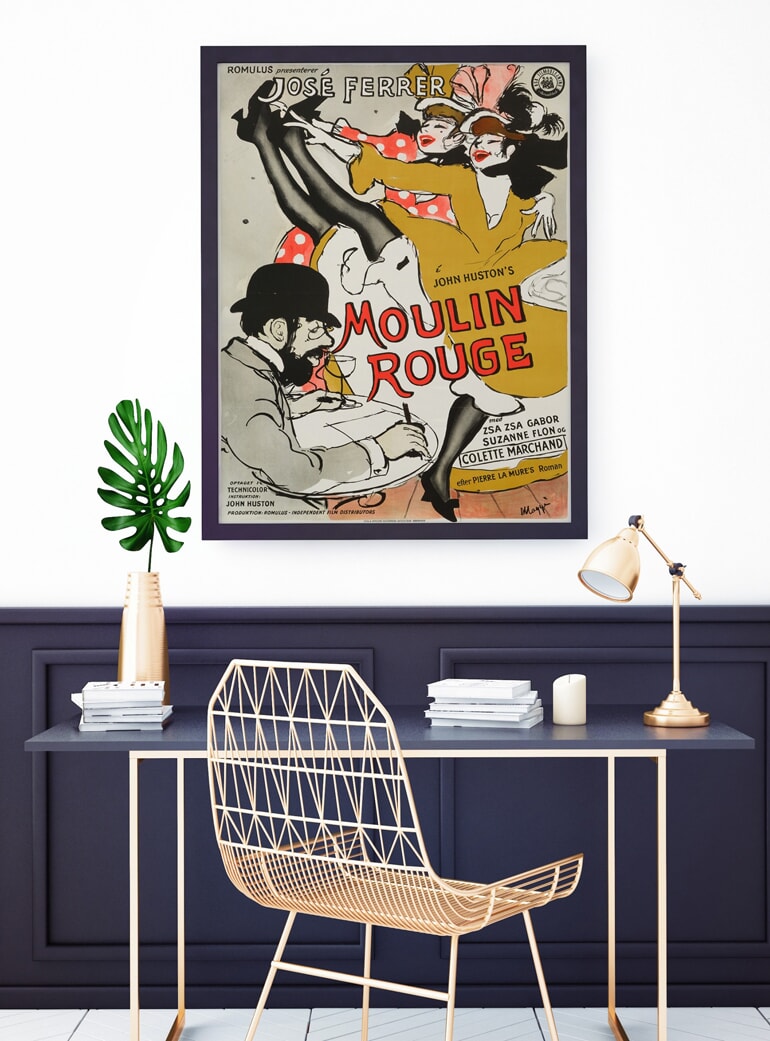 Based on the novel by Pierre La Mure, the 1952 British film Moulin Rouge is a fictionalised account of the life of street artist Henri de Toulouse-Lautrec as he pursues his art in 19th century bohemian Paris and finds solace among the other misfits at famed dance hall the Moulin Rouge.

Alongside Zsa Zsa Gabor as Jane Avril, Jose Ferrer starred as the diminutive Toulouse-Lautrec, reportedly shooting the entire movie on his knees with his legs strapped to the back of his thighs. The picture was nominated for seven Academy Awards including Best Picture, Best Director for John Huston and Best Actor for Jose Ferrer.

Far superior to the original British and American campaign artwork, artist Maggi Baaring echoed the style and palette of Lautrec's original can-can posters for the first Danish release of the film in 1955.

Very good to excellent (B+)

Backed on linen. Prior to backing this poster had one vertical and three horizontal fold lines with splits to crossfolds, pin holes to corners and edges and a 1 in. tear to upper right edge. The poster has been backed in the European style with no restoration whatsoever, leaving only a small spot of paper loss to upper crossfold. Backing has smoothed and diminished folds and closed the minor edge tear so it is almost invisible, ensuring the poster looks spectacular for display. Danish censor's ink-stamp to upper left. Image and colours otherwise excellent.