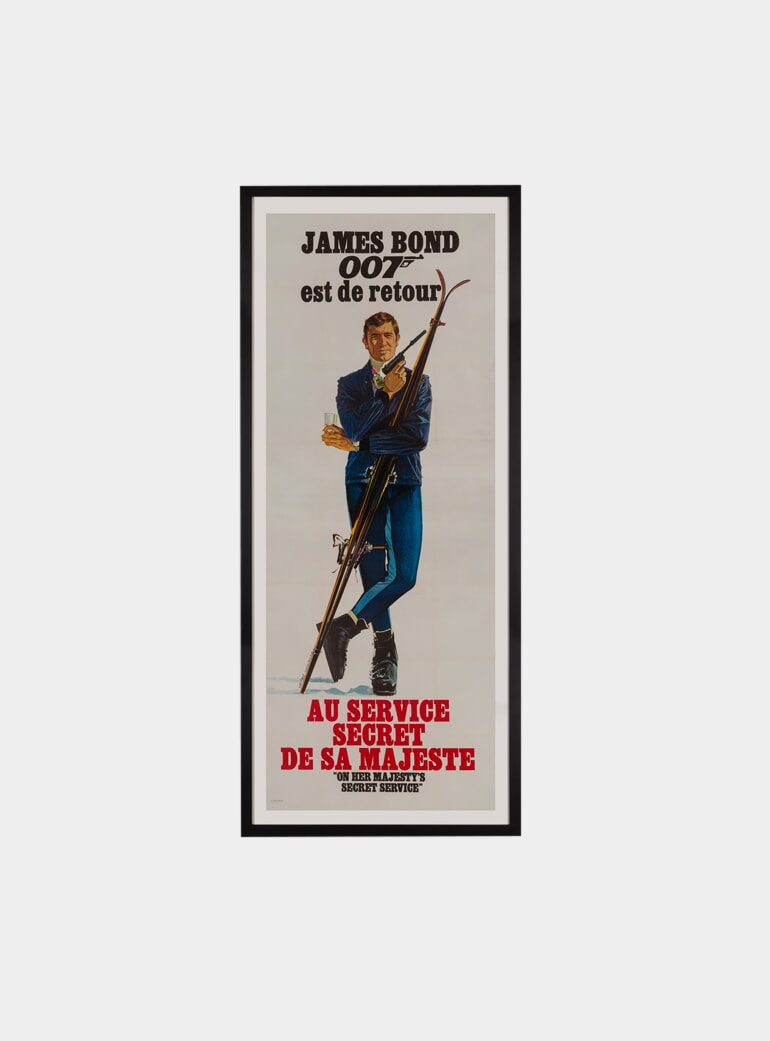 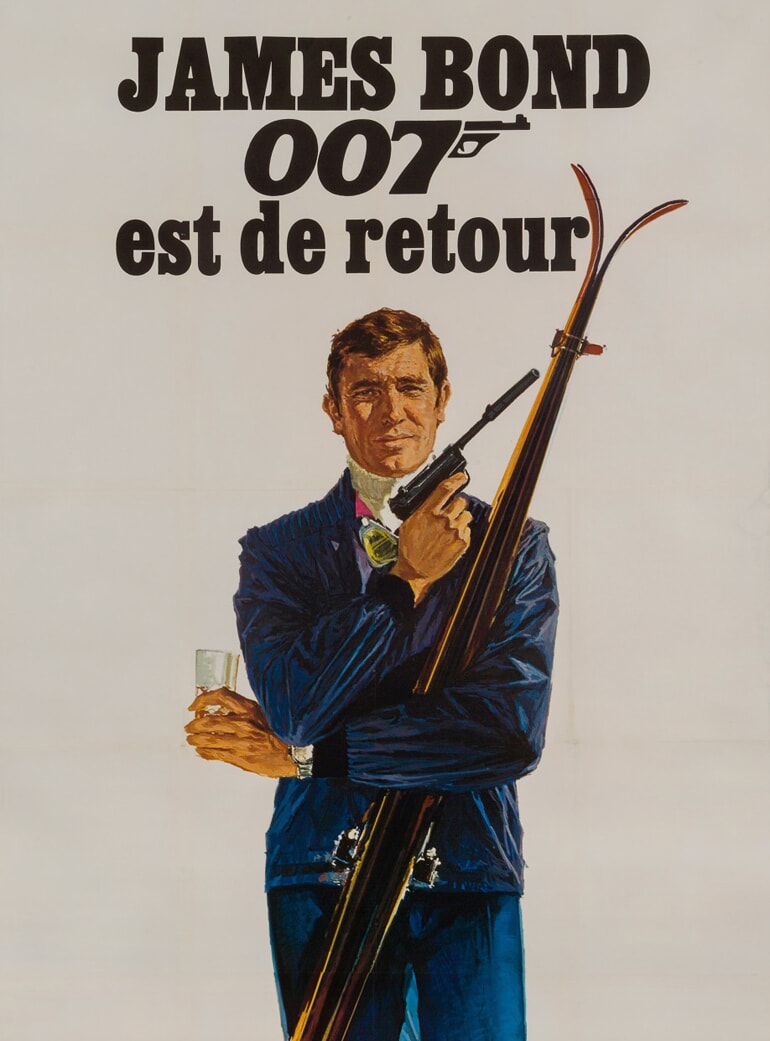 George Lazenby made his only appearance as James Bond in EON Productions On Her Majesty's Secret Service, the sixth in the series and the first following Sean Connery's retirement from the role after You Only Lice Twice.

Designed for the French release, Yves Thos and Jouineau Bourduge's striking illustration of the suave secret agent clutching a pair of skis with his signature martini and Walther PPK hints at the snowy stunts filmed on location in Switzerland, as Bond chases the evil Blofeld. Popular with the ski set, this mammoth poster has previously sold for as much as £3,500 at Christie's auction house in London.