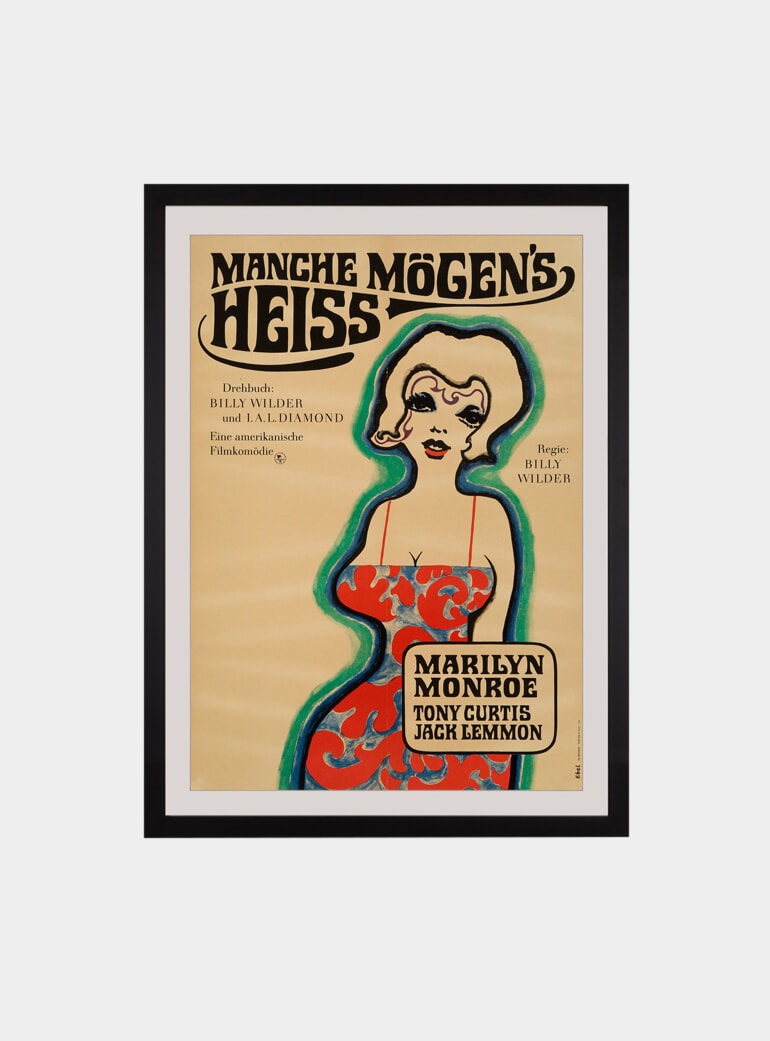 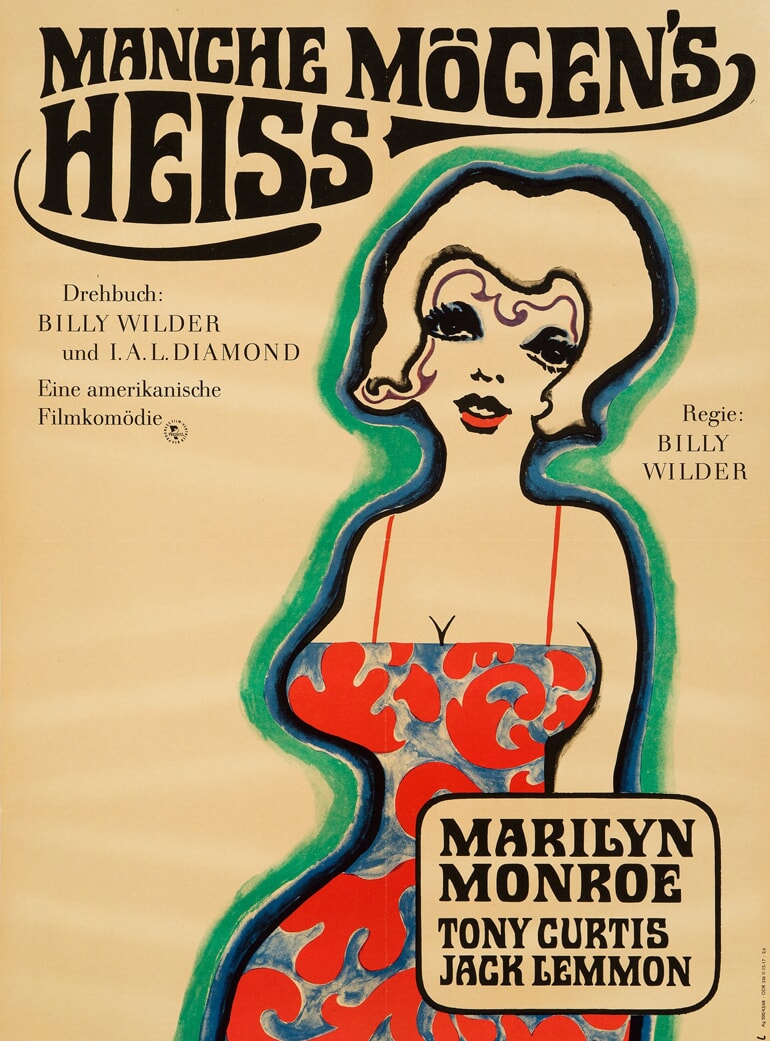 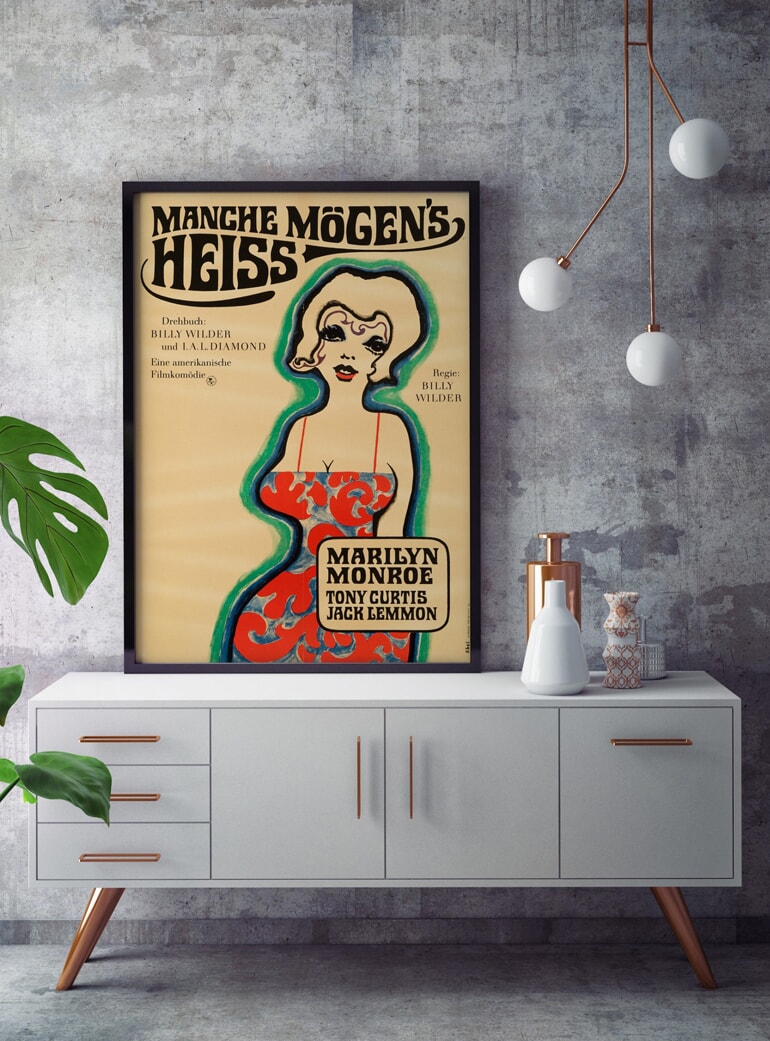 Billy Wilder's timeless screwball comedy Some Like It Hot needs no introduction - with it's non-stop action, smutty one-liners, sexual innuendo and skilful blend of high and low comedy, it is widely regarded as one of the most hilarious movies ever made.

On the run from Chicago mobsters, musicians Tony Curtis and Jack Lemmon disguise themselves as women to join an all-female jazz band bound for Florida.

Curtis double masquerades as an impotent millionaire to win the irresistible Marilyn Monroe, who steals the show as singer Sugar Kane, while Lemmon is pursued by a real millionaire.

Daring at the time for its themes of cross-dressing, gender identity and homosexuality, the film was released without approval from the Motion Picture Production Code, yet was an overwhelming success and went on to receive six Oscar nominations.

This extremely rare poster for the East German release focuses solely on a curvacious Marilyn.

As American publicity materials were banned during the Soviet era in the Communist Bloc, the state-commissioned artists were able to operate with creative freedom from the demands of the big

Hollywood studios, allowing a greater focus on the graphic and artistic elements of the design.

Posters from the 1960s GDR display a trend to portray the film's protagonist or a key scene to create a promotionally effective image rather than representing the film's content.

We know of only one other example of this poster that has come to market.