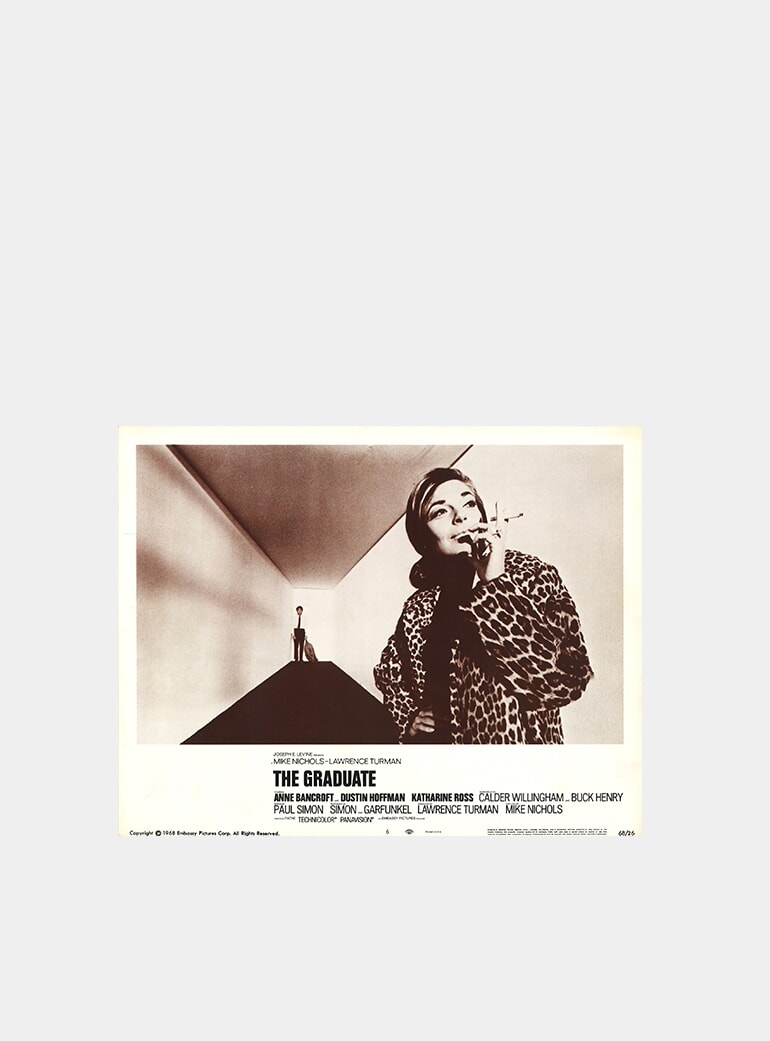 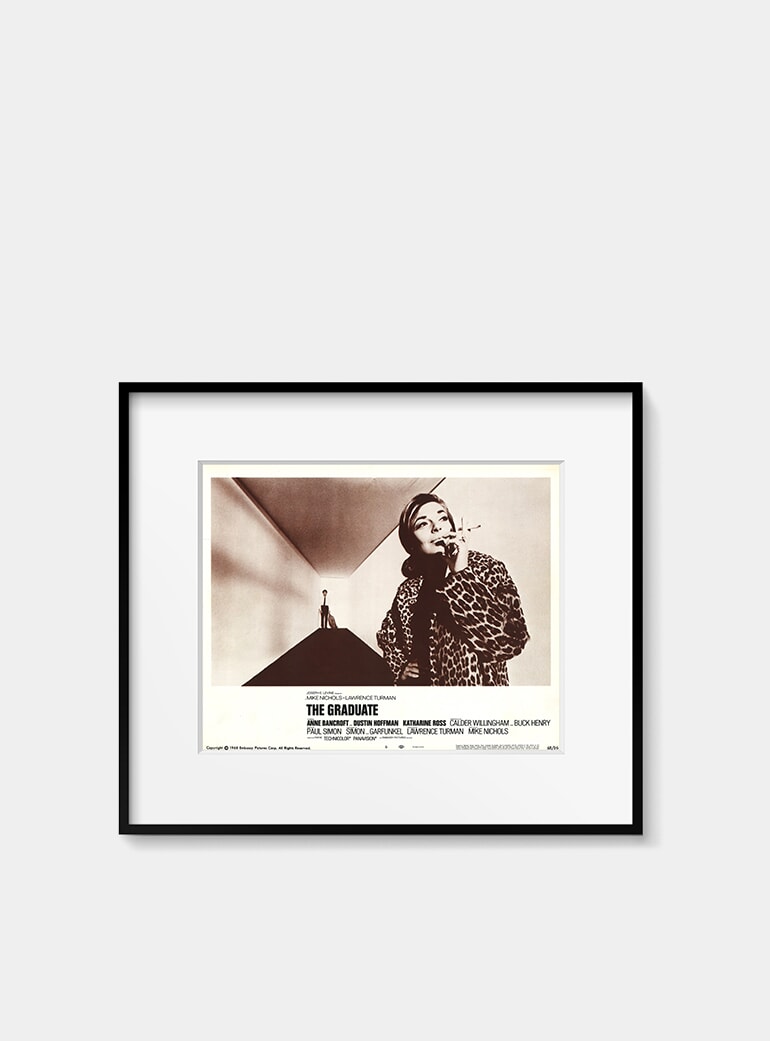 Lobby Cards were designed for display in a cinema lobby to lure the movie-going public. Typically released in sets of 8, each card depicted a different scene from the film. This chic US lobby card for The Graduate, number 6 of the set, utilises a stunning forced persepctive shot of Dustin Hoffman as Benjamin Braddock and Anne Bancroft as Mrs Robinson by legendary photographer Bob Willoughby. As the film was released by Embassy in the US and United Artists outside the US, lobby card sets were produced by both distributors. Additionally each distributor released a further set of lobby cards to include award information following the Academy Awards. This lobby card was released by Embassy prior to the Academy Awards.

Based on a novel by Charles Webb and released in December 1967, The Graduate captured the spirit of a generation and remains one of the most ground-breaking and enduring American films, ushering in a new era of film-making. The satirical coming-of-age comedy followed recent graduate Braddock, lost in a sea of post-college malaise and dissatisfation with suburban conventions, as he becomes romantically entangled with his seductive older neighbour Mrs Robinson before falling in love with her daughter. The theme of an innocent youth seduced and betrayed by the older generation resonated with a disaffected American youth during the escalation of the Vietnam War. Nominated for seven Academy Awards, director Mike Nichols took home the award for Best Director.

Unfolded, not backed. Minor bumps to corners. Some darkening and minor nicks to edges. Image and colour excellent.