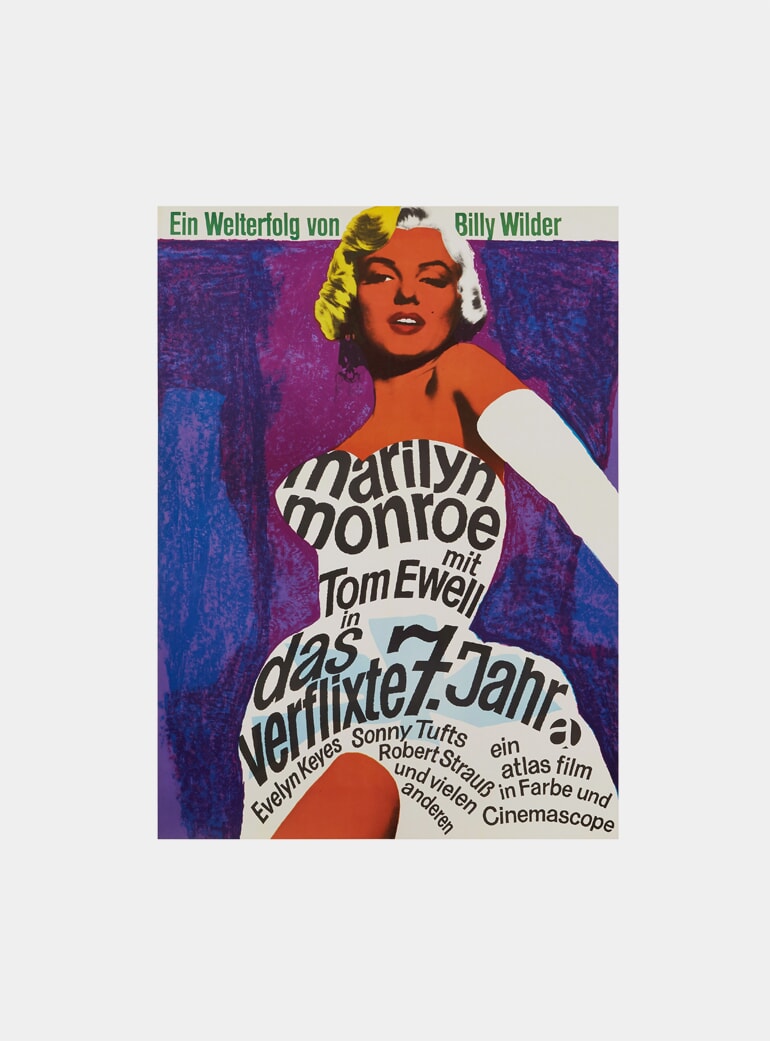 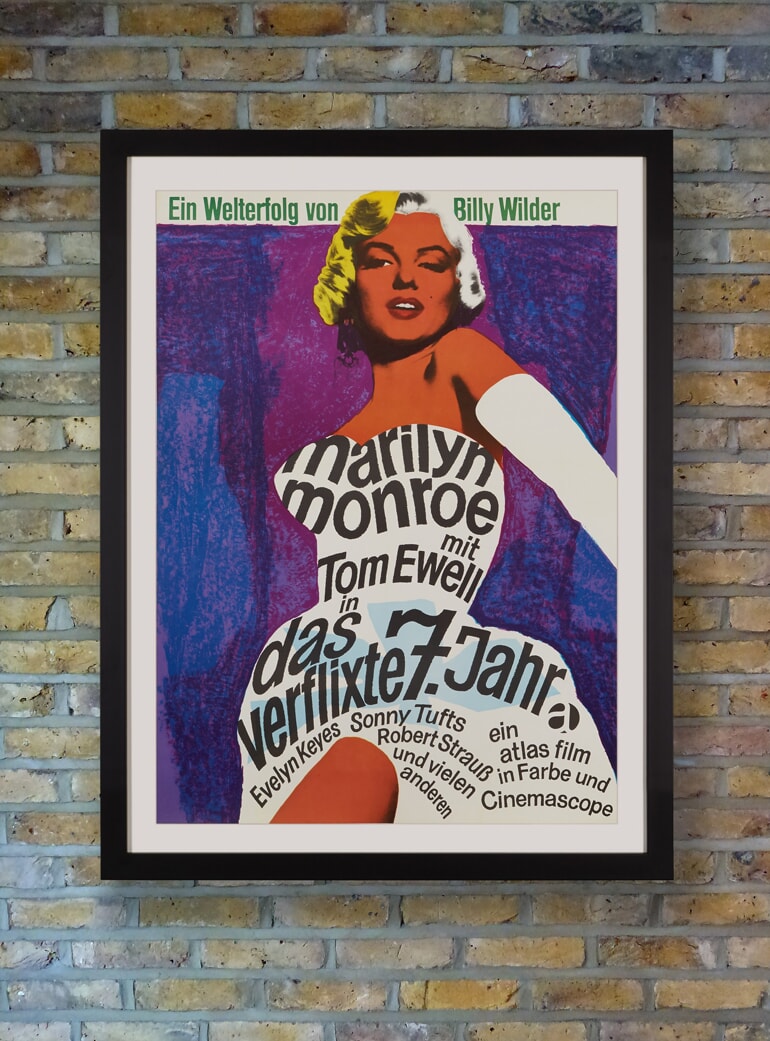 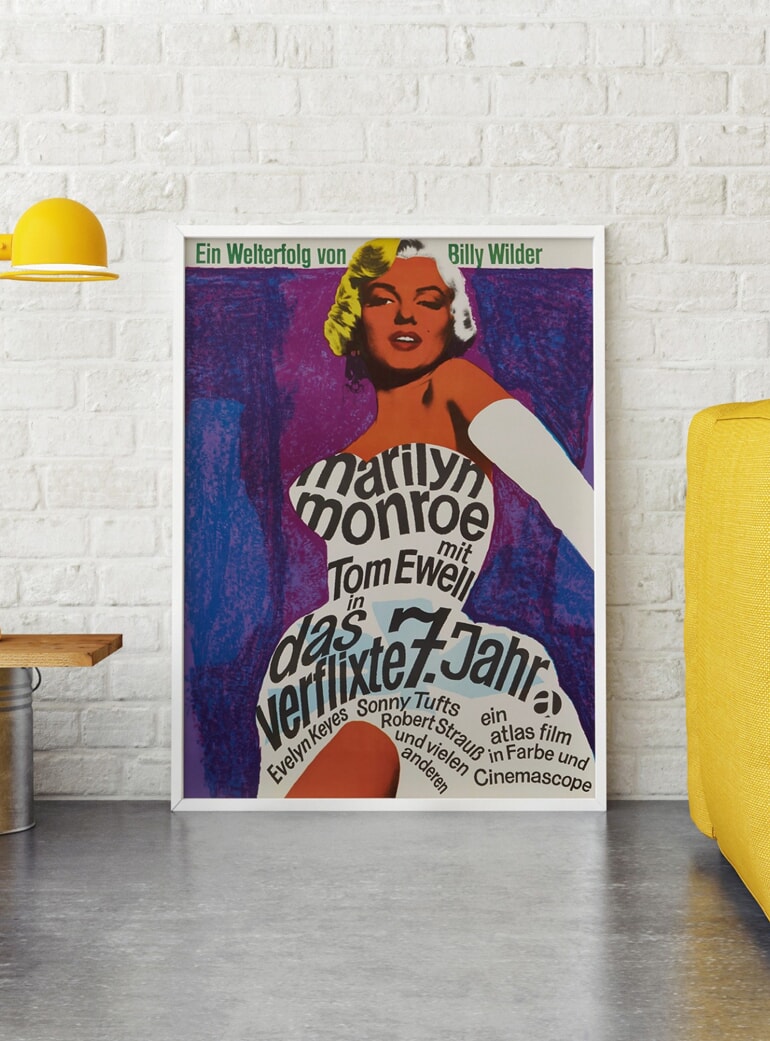 Graphic designer Dorothea Fischer-Nosbisch's stunningly vibrant artwork for the 1966 German re-release of The Seven Year Itch has made this a highly sought after poster among collectors.

The bold title and credits are incorporated into the voluptuous Marilyn Monroe's billowing white dress, which itself alludes to the film's iconic scene in which Marilyn's white dress is blown upwards by the blast from a subway vent.

The 1955 Billy Wilder comedy followed the wandering eye of Manhattan publisher and middle-aged husband Tom Ewell when a beautiful blonde moves into the apartment upstairs.

Backed on linen. Backing has smoothed out one very light vertical fold, so that it is now virtually invisible. Image and colours excellent.