It’s raw, bit of a blunt instrument, and not exactly cheap, but no more fun can be had than in a classic Toyota Land Cruiser.

Mourning the loss of the Land Rover Defender has turned into somewhat of a bore. Yes, it’s an automotive icon, but there are also other, equally enjoyable, 4x4’s out there – particularly the Toyota.

Since emerging in 1951, the Land Cruiser has been a stalwart in automotive culture and has been the longest-running production car in Toyota’s history, selling 6.5 million units along the way. What is more, despite being less glamorous than the Defender, its no nonsense attitude set the benchmark worldwide for durability and reliability.

This particular 1981 Cruiser has been expertly restored by FJ Company through rebuilding the original 2F engine alongside the addition of power steering, new disk brakes, carburettor, start engine and aluminium radiator. The model has also been updated through the installation of Old Man Emu suspension, 5-speed manual transmission and a full custom leather upholstery to ensure that comfort comes with every adventure.

In actual fact, this authentic Land Cruiser was created in tandem with Copperstate Overland; an event that brings together vintage 4x4 enthusiasts for a four-day really through the expansive landscapes of Arizona. With the desire to keep the car true to its heritage, and to look its best against the mountainous territories it will be exploring, FJ personalised the Cruiser with an exquisite Olive 637 paint job.

This special edition Copperstate Overland will be for sale at auction during Gooding & Company’s Pebble Beach series on August 20th-21st, 2016. For further information, head to the FJ Company website and check out another one of their creations, the Sky Blue 1978 Cruiser, on the OPUMO Magazine.

All images copyright and courtesy of Gooding & Company. Photos by Mike Maez. 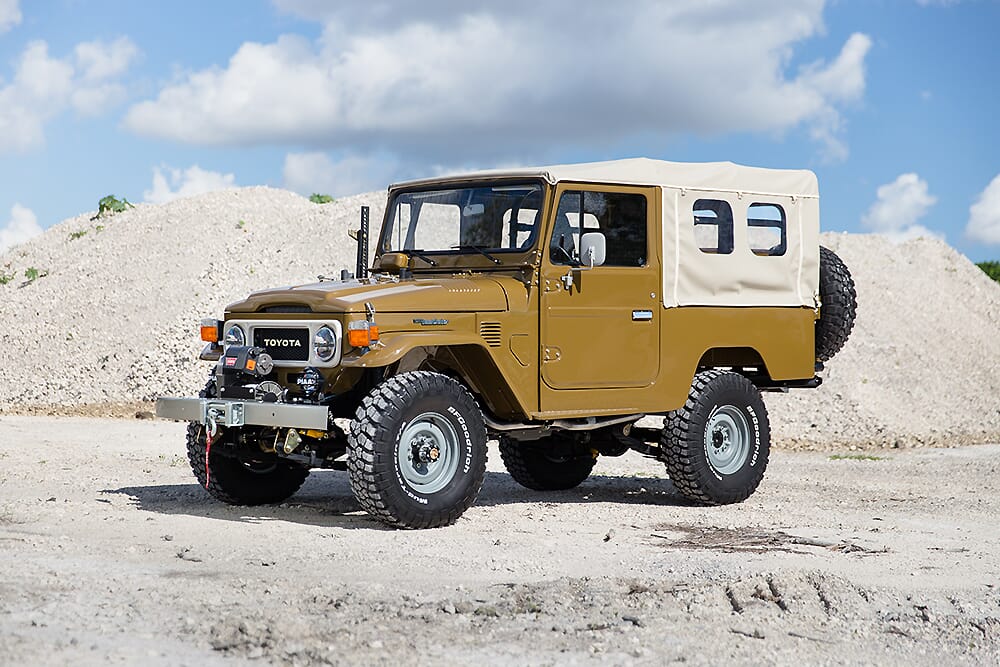 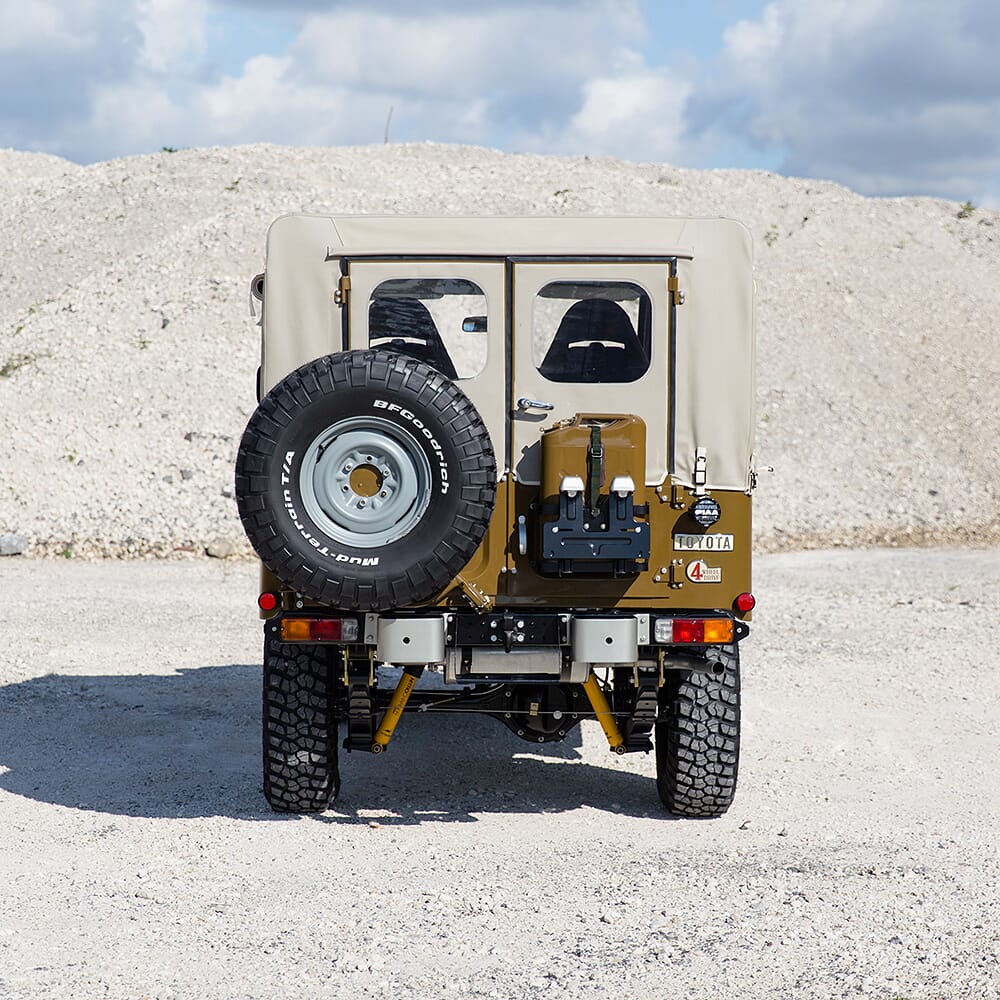 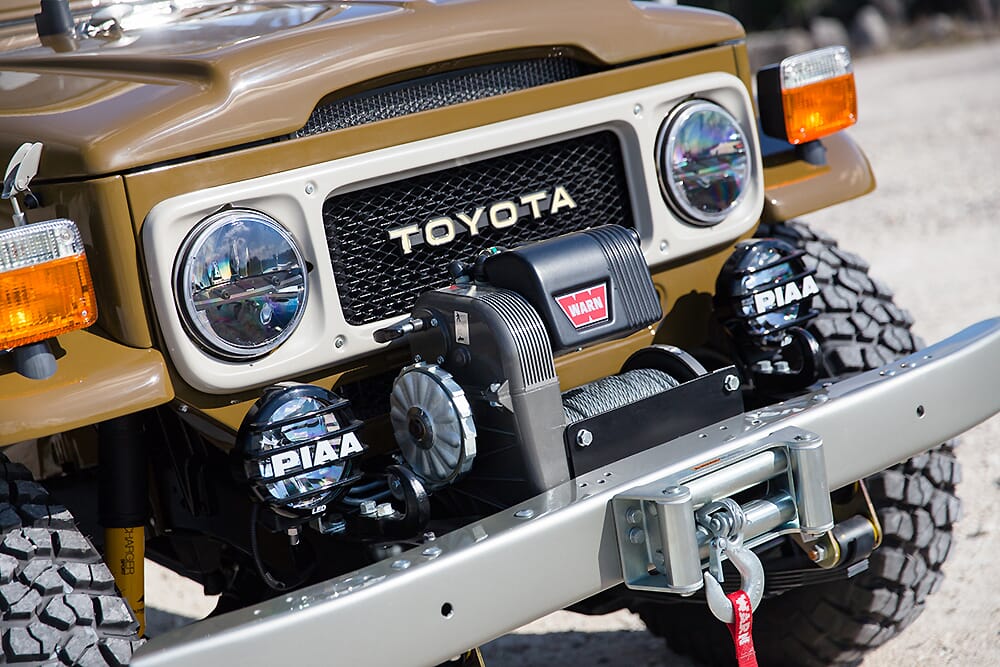 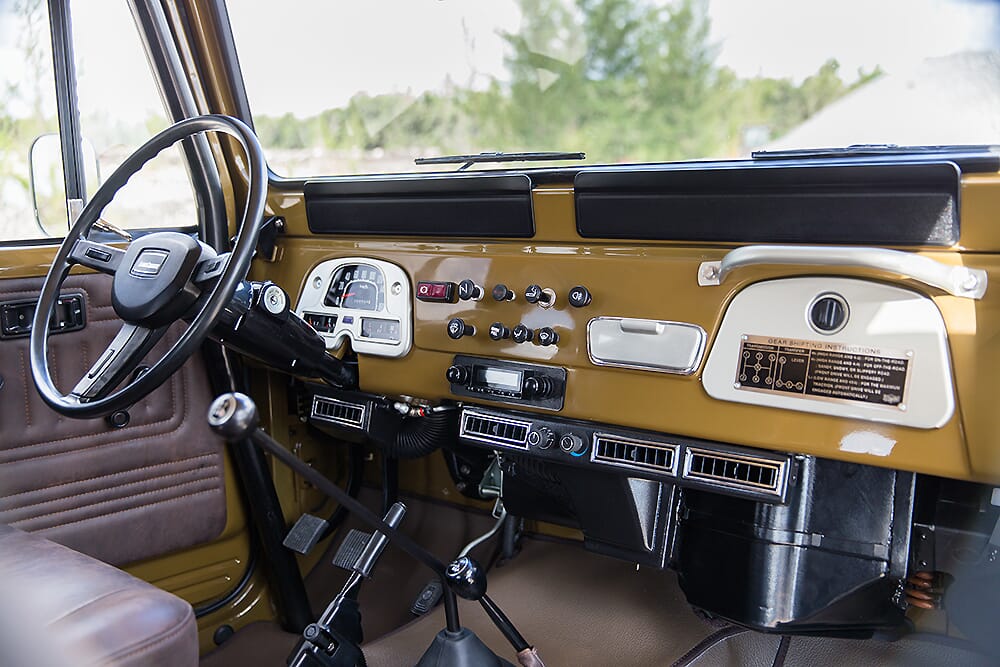