The Porsche 356 is the car that began Porsche's distinguished sports car history and the company's custom, continued to this day, of installing the engine way out back.

Until recently the 356 has lived under the shadow of its successor, the stellar 911. This example shows why that has been an unfair judgement.

Impeccably restored in the correct factory blue, this Porsche 356 1500 is a superb, updated 1953 version of the car and boasts an unusual history. An official Porsche certificate shows its first owner as Max Hoffman, the legendary North American Porsche importer who had a direct influence on its design.

The 356's interior shows the early stages of Porsche's concentration on power and performance, with a rev counter at the centre of the four available dials.

This car was manufactured in Stuttgart, but the 356 was initially made in Austria where, in 1948, it became the first manufactured design by Ferry Porsche, son of founder Dr. Ing. Ferdinand Porsche who conceived the original Volkswagen for Adolf Hitler.

By 1953 the 356 had grown up, with a centre-bent, one-piece screen and an uprated Beetle-derived engine. In restoration this car had the later 1600 engine installed to keep pace with more modern machinery.

There's no price listed for this car, on sale at Jan B. Lühn in Munster, western Germany. We'd expect a significant, justified, premium for a superior example of Porsche's first production car with a distinguished history. 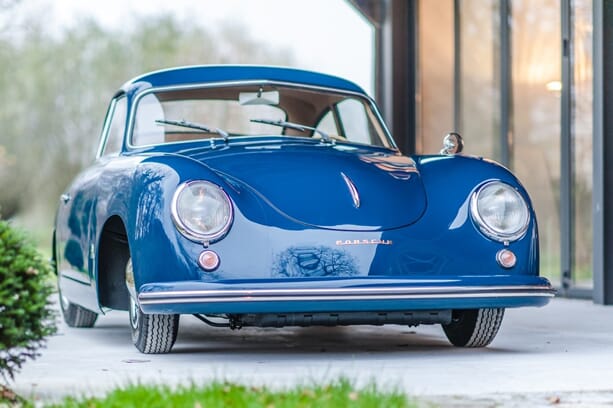 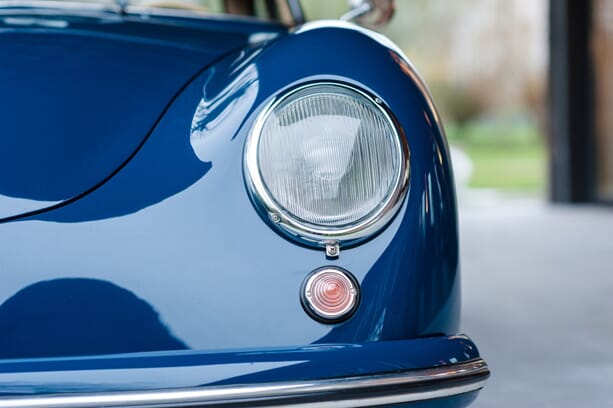 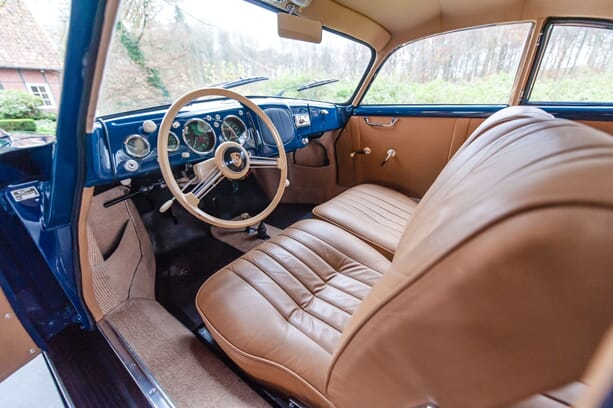 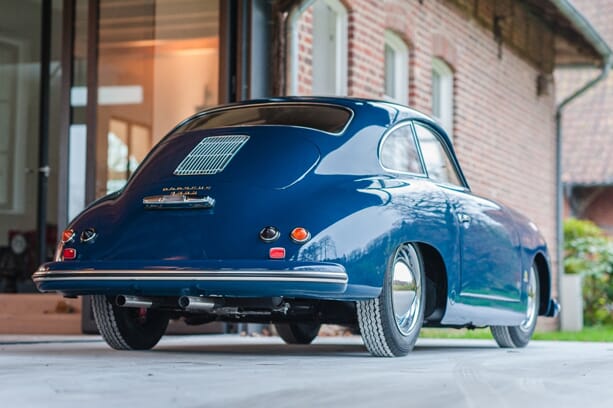