The Jaguar XK 120 Roadster is one of the finest cars in British motoring history; courtesy of a rich and widespread racing career which has seen the car compete at the most iconic race meets in the world.

Originally launched as one of the first open two-seater models at the 1948 London Motor Show, the XK was later developed alongside the enigmatic XK engine. This featured Jaguar exists as the first prototype of its kind, making it a supremely special, and quintessentially British motor; all but missing the British racing green colour, favoured instead, for a clean and more modest, cream exterior.

The revolutionary open two-seater model of the XK caused a sensation as soon as it was unveiled, which prompted Jaguar founder William Lyons to turn the XK in to a full bodied production car.

Commencing in 1948, the first of 242 XK’s were formed from a wood-framed open 2-seater body, with production developing in 1950 to include all-steel and aluminium bodies. With the name ‘120’ referring to the aluminium car’s 120 mph top speed- which made it the fastest production car in the world at the time of its launch.

With scintillating speeds and an effortless charm, this particular XK 120 was restored as an OTS race car in 1972/73, including new disc brakes, rack-and-pinion steering, close ratio gearbox and an aluminium louvered bonnet. The rigorous renovation ensured that the XK was efficiently equipped to race throughout the world, with its track career including iconic meets at Silverstone, Brands Hatch, Spa and the Stirling Moss Trophy.

A true classic, the 1954 Jaguar XK 120 Roadster is currently up for auction via Automobiles Historiques Ltd. 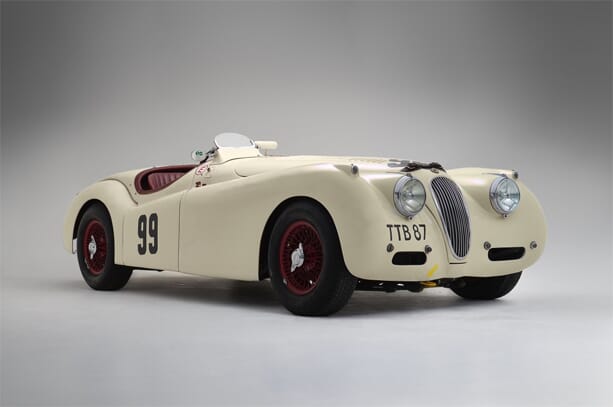 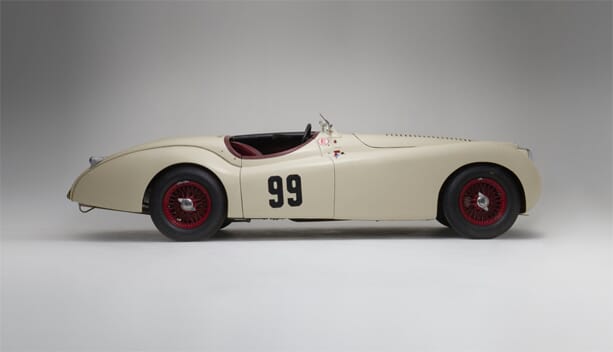 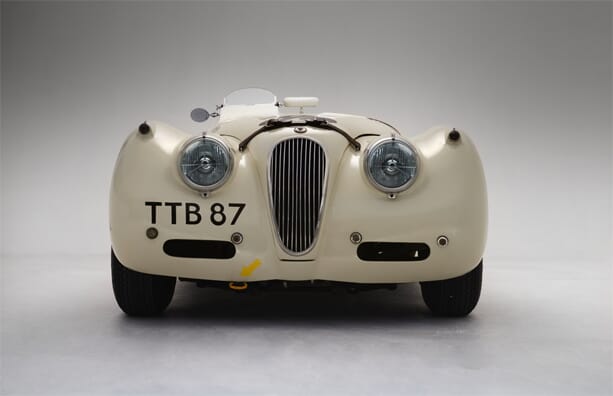 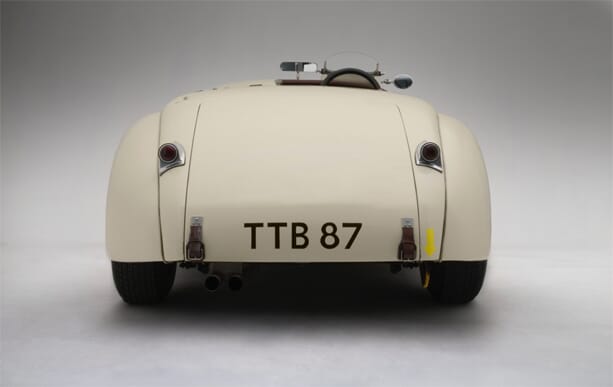 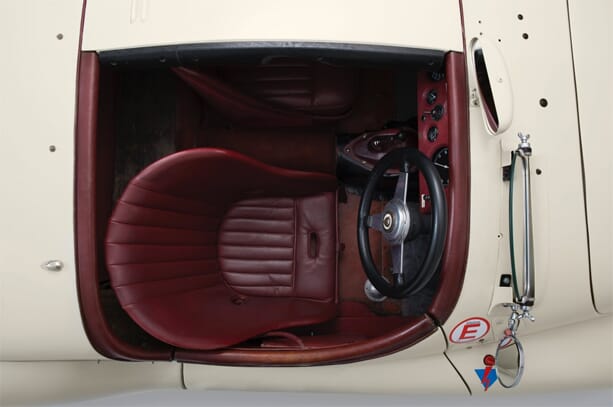 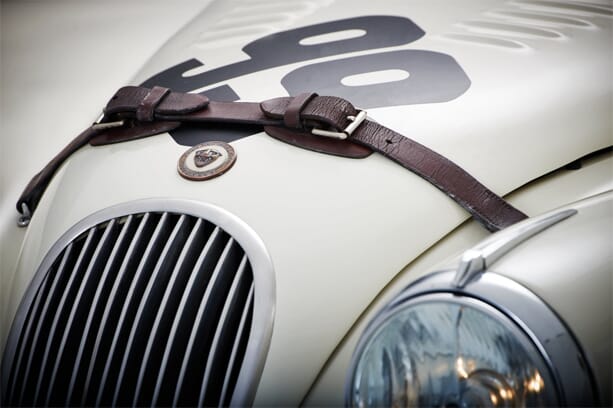