A car enriched in history.

The Mercedes-Benz 300 SL is one of the most celebrated sports cars of all time. The arousing Gullwing doors of course contribute to its allure; but this particular 1955 Gullwing possesses more than just aesthetic appeal.

Another model to be showcased as part of RM Sotheby’s ‘Driven by Disruption’ on 10th December 2015; with other models also on display, such as the 1957 Ferrari 250 GT Cabriolet and the 1953 Ferrari 250 Europa Coupe, having previously featured on the OPUMO Magazine.

The spectacular Gullwing design was created by Sindelfingen’s Karl Wilfert and encompasses three different chassis in to one legendary hybrid car. The racing W194 300 SL Coupe of 1952, the W196 SLR Racecar and the W198 300 SL production car all combined to create the enigmatic SL, with only 1,400 examples of this particular Gullwing ever being produced.

This 1955 edition is seemly its own unique beast as it is only one of four racing examples of the SL curated by the Unterturkheim factory’s Sportabteilung – the competition department of the garage. Consequently, this SL boasts a plethora of individual features, none more so unique than it being the first steel-bodied Gullwing to be produced. Alongside its unique steel-body the SL was also updated with a host of special racing features including a NSL-specification motor with a revised camshaft profile, Rudge knock-off wheels, a racing-inspire fuel injection pump and a lower ride height for a more versatile suspension system.

As well as featuring one of the earliest Mercedes SL chassis numbers in existence, the car also holds the honour of being the car that has spent the longest time, 13 months, undergoing full restoration in the competition department. So, it rather goes without saying, that the extensive love and care gone in to this Gullwing is clear to see; with every detail meticulously thought-out to create one of the most stunning cars in motoring history.

That isn’t quite all though. This rare 300 SL remains just one of two Sportabteilung examples still known and accounted for. But again, that isn’t quite all, as the car also claims competition use from the legendary Stirling Moss at the 1956 Tour de France.

Without doubt one of the most magnificent cars to ever be sold at auction, the Mercedes-Benz Gullwing will be the star of the show in the upcoming ‘Driven by Disruption’ Auction series by RM Sotheby’s. Keep up to date with its progress by visiting the RM Sotheby’s website. 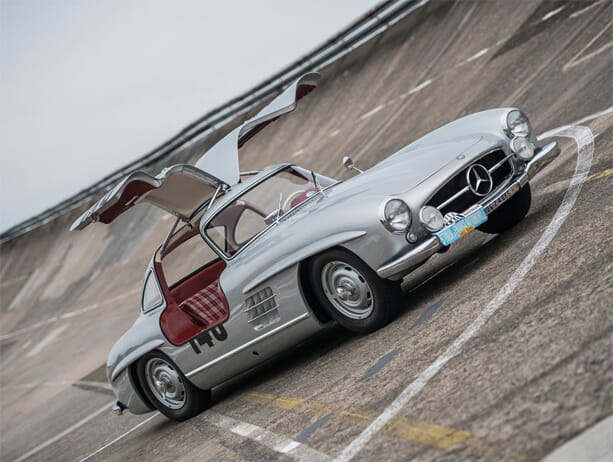 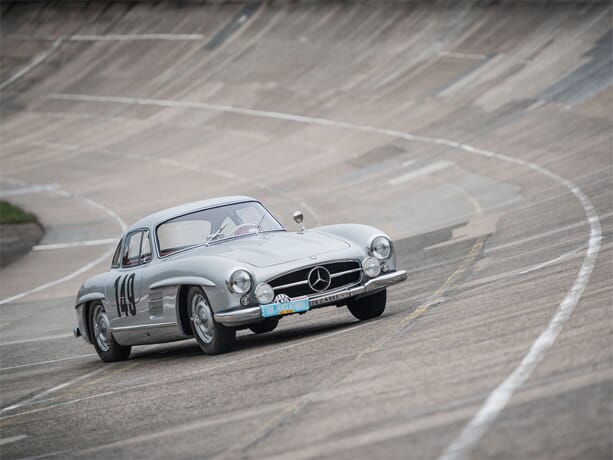 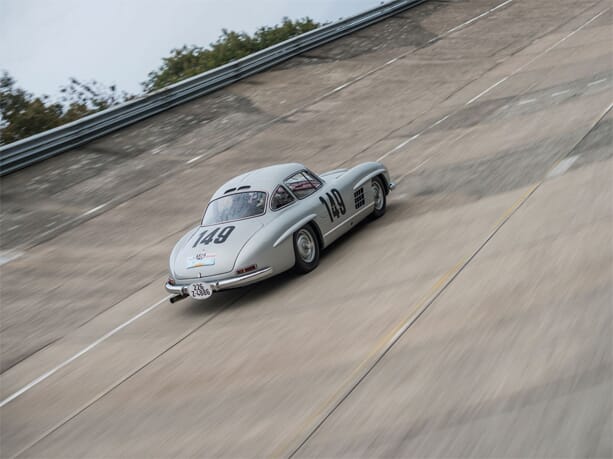 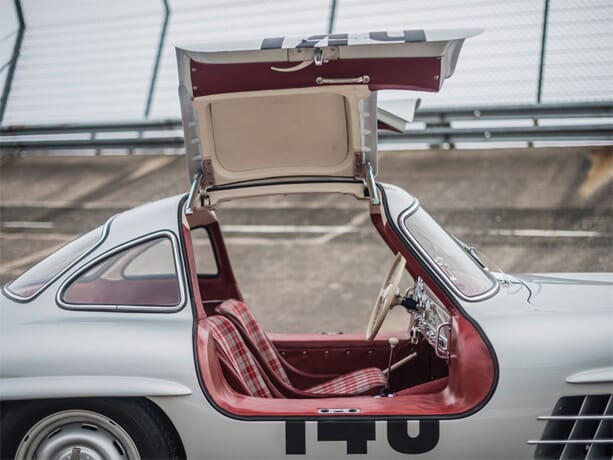 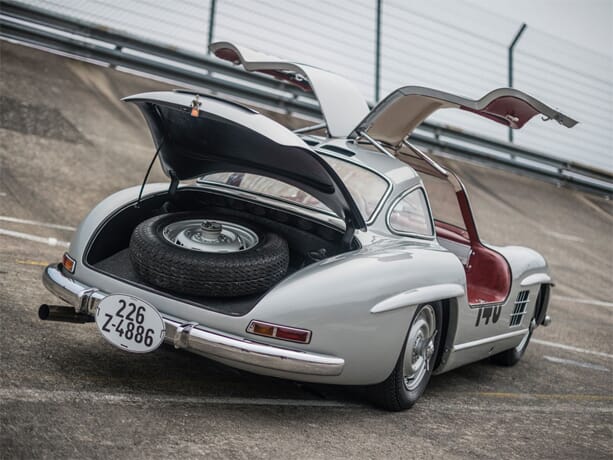 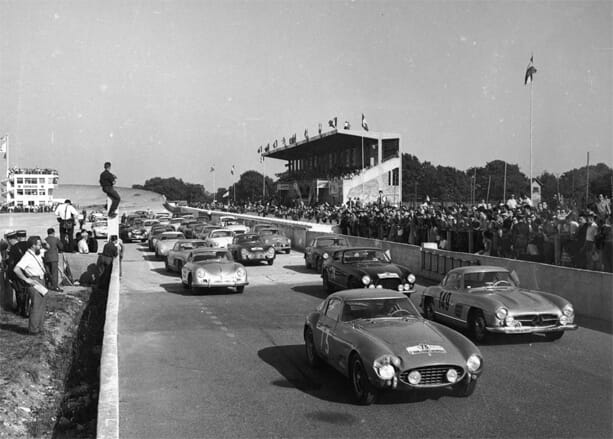