The shy, almost bashful personality of the Volkswagen Beetle is what makes the car so popular. Everyone can relate to that, as at one point in everyone’s life there will have been a time where you have driven one, rode in one or lovingly looked at one.

The understated charm of the Beetle is especially endearing when compared to the fortunes of the post-war cars that made their debut at the same time. In spite of the competition from the influx of American cars, the Beetle served its own counterculture and grew to be a reliable, inexpensive and appealing car to drive - even Paul Newman was credited as an early buyer.

This exquisite 1957 Beetle Cabriolet, complete with the delightful round headlights, is set to head to auction at RM Sotheby’s Motor City event on 30th July 2016. Although it may be one of the most unassuming cars on show, it is more than deserving of its place alongside the Ferrari Testarossa and Mercedes-Benz 190 SL that also go under the gavel that weekend.

Remarkably, with just five owners to date, the cabriolet is largely original other than a repaint in the late 1960’s which saw the model adopt its smoky Inca Red colour hue. Beyond the aesthetic endorsement, the tires and top have also been replaced while the drivetrain, interior, top boot and spare tire are all original components.

It can be argued that the resurgence of the New Beetle in 1997 ignited the common interest in the diminutive car, yet this enchanting red convertible provides a reminder of why the Beetle remains one of the most-wanted models in the world. In fact, this honest, untouched and charming little Beetle may be the most collectible of all.

For further information, head to the RM Sotheby’s website and if you’re looking for even more nostalgia check out the 1974 Ford Escort MK1. 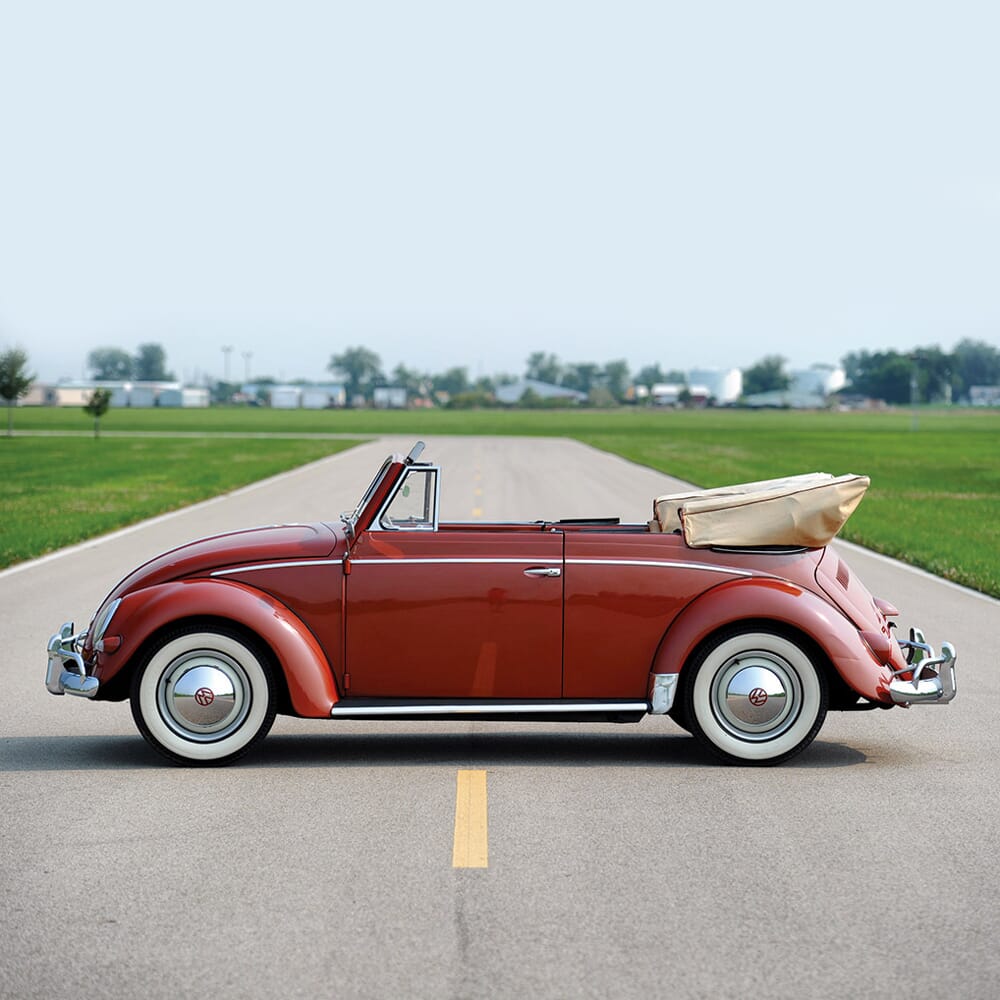 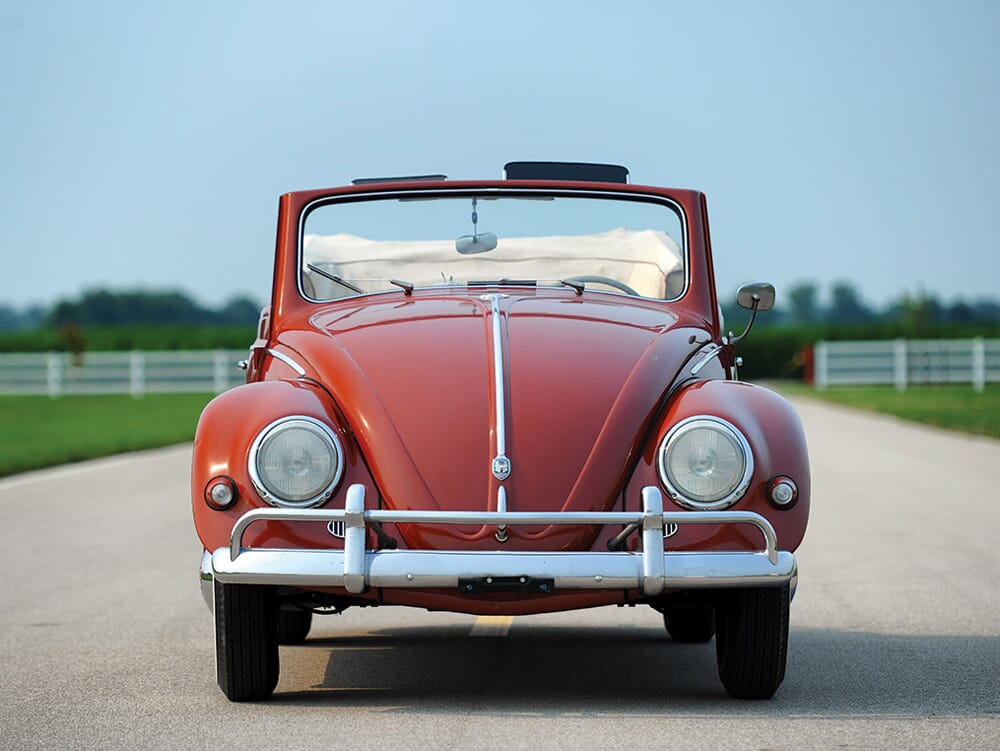 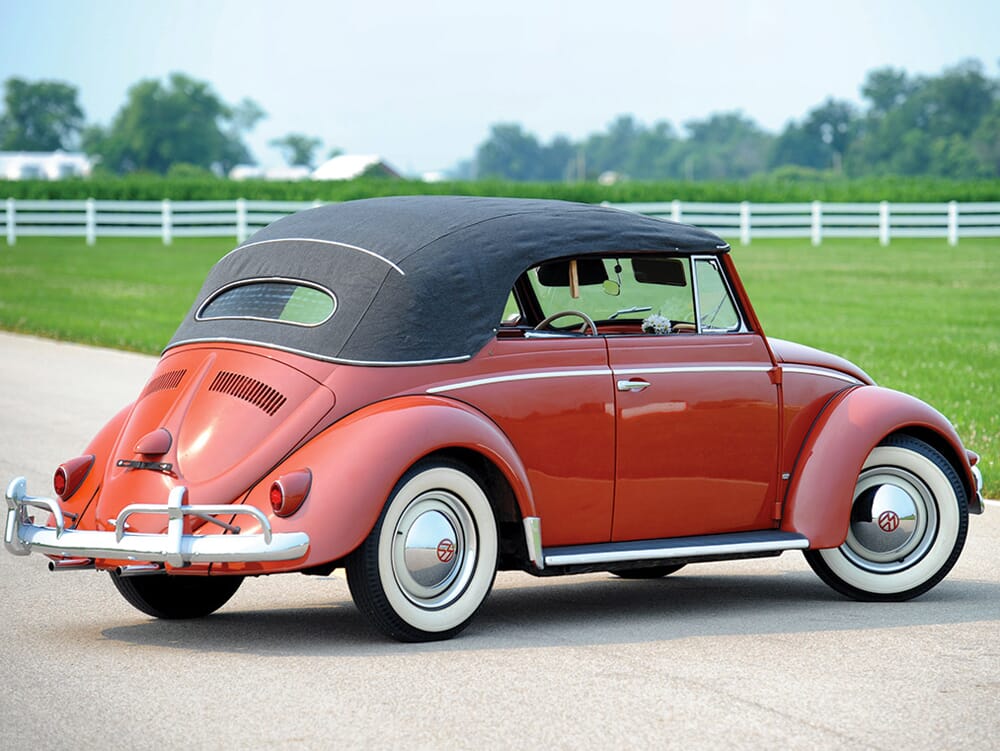 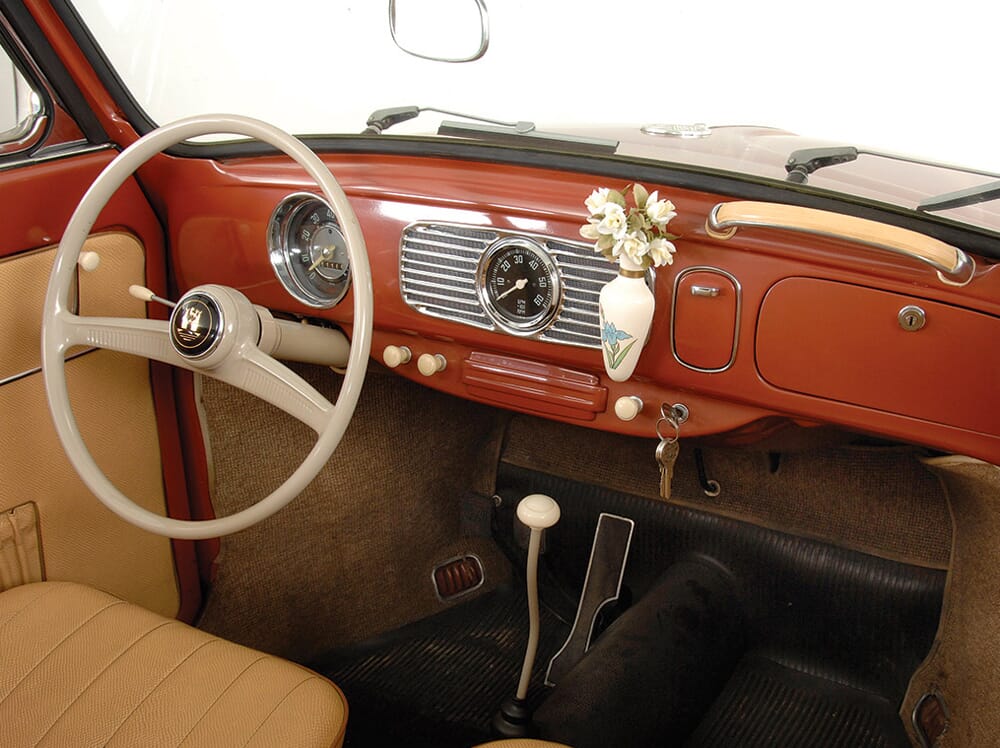