Combining the open-air with raw racing abilities, the Porsche 356B Roadster is an exceptionally special machine -  and one that served to form a formidable pillar in the German brand’s iconic reputation.

The effervescent 356 B Roadster was unveiled as a replacement to the one-year-old 1959 Convertible D which was introduced in the late 1950’s. Starting the new decade in a new, unforeseen style, the Roadster soon forged a reputation as a truly versatile open-air sports car; equally adept as a daily driver for roof down expeditions or as a weekend track-racer competition car.

That multifaceted nature of the 356B came as a consequence of the superior mechanicals that the machine boasted. In comparison to its predecessors, the Roadster included engine upgrades, an improved gearbox, revised breaks alongside its bespoke front rendered headlamps to offset the flattened hood.

This spectacular edition, complete in an exclusive sky blue with complimenting navy soft-top retractable roof heads up to auction via RM Sotheby’s Arizona showcase, which runs from the 28th January until 29th January 2016.

Described as exceptionally straight and solid, perhaps the tag of a ‘multitalented machine’ detracts from its aesthetic beauty which should also be praised. The luxury dark navy full leather upholstery is in excellent condition and appeased with a sky-blue mounted dash and the correct black rubber floor mats.

This example, having been lovingly maintained throughout its lifetime, presents an extraordinary opportunity for the next devotee to enjoy the open road in an assured, sophisticated style. 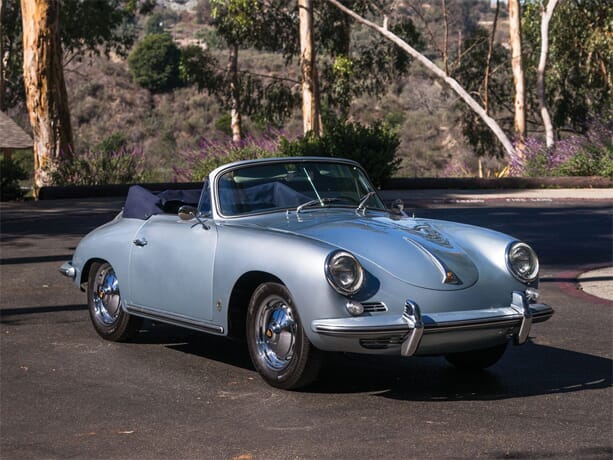 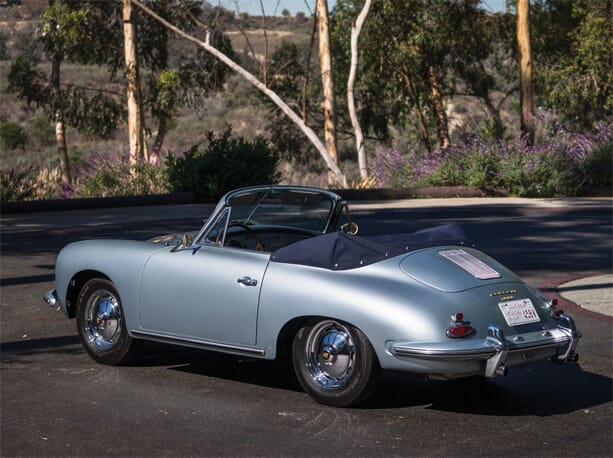 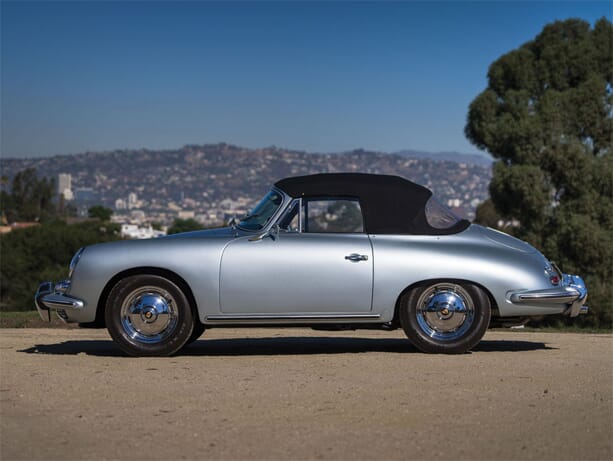 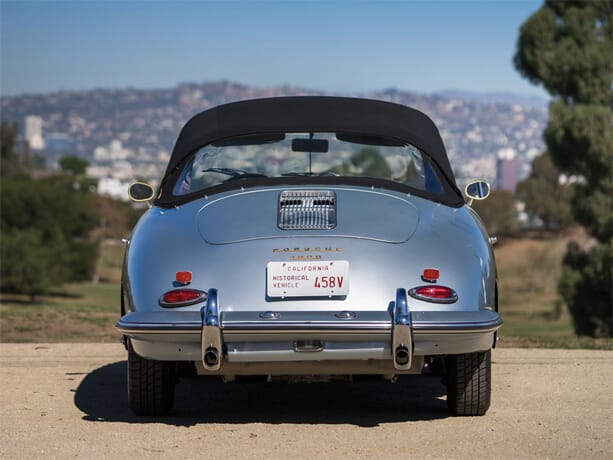 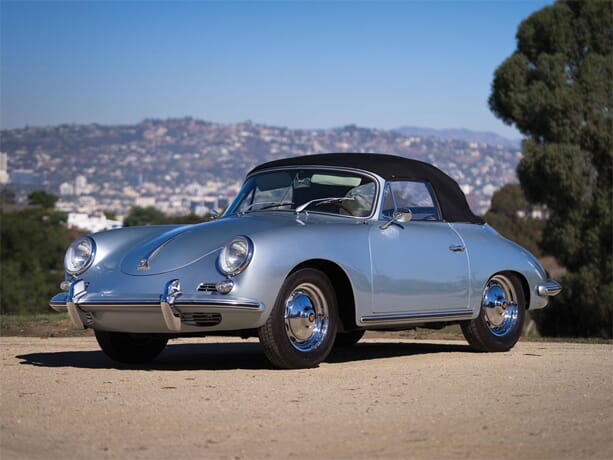