Initially invented as a production sports car, the Jaguar E-Type was never intended to make an impact on the race track. However, in 1963 Jaguar developed a special batch of lightweight cars to challenge Ferrari’s ascendancy at the pinnacle of motorsports. Consequently, the Eye-Type Competition Coupe was born.

Only 12 exclusive lightweight E-Types were ever made, which makes this particular 1962 Series 1 Competition Coupe an even greater being. Boasting a prestigious twenty-year racing career, this specific model provides the opportunity for one devoted racer to own a piece of modern motoring history as it rolls up to auction with Bonhams’ December Auction on the 10th December 2015.

Irrespective of the engineering expertise of the E-Type, the delightful white exterior with complimenting electric blue racing strip is enough on its own to make the car wholly appealing. While the rolling bonnet and twin-rear exhaust just adds to the Jaguar’s allure.

Right from the moment it lined up on the grid, the E-Type began to make big movements on the world’s racetracks. In the Grand Touring class for production sports cars the E-Type proved a notable contender, as Graham Hill celebrated the model’s racing debut by winning at Oulton Park on 3rd April 1961.

Which is an achievement that cannot be undervalued, as the E-Type Competition Coupe was invoiced as a standard road car with added modifications to the normal production series. The E-Type’s original steel outer body was remanufactured in aluminium while the engine was fitted with an alloy fuel injector to produce over 300bhp.

This particular E-Type coupe has faced further enhancements to make it equipped for modern racing. Having enjoyed a fruitful twenty-year competition career, including entrance to the Spa 6-hour endurance race, the car remains in immaculate condition. Upgraded with a triple Weber-equipped engine to produce way and above 340bhp.

Fully prepared, ready and waiting for a taste of racing once more, this 1962 Jaguar E Type is a rare and truly stunning example of a heritage race car. Keep updated with its progress ahead of its auction on the 10th December 2015 by heading to the Bonhams website. 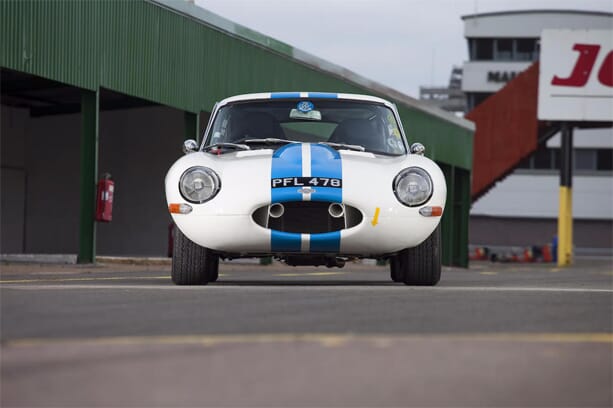 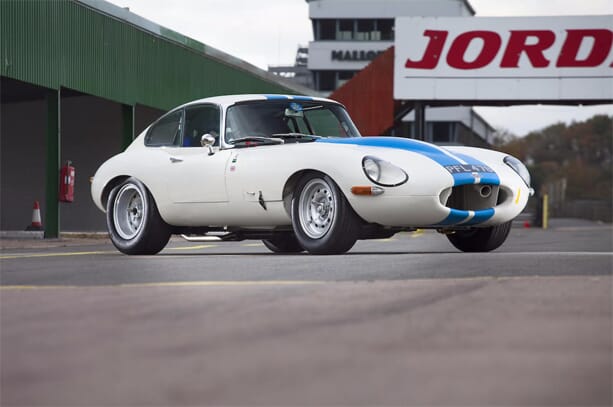 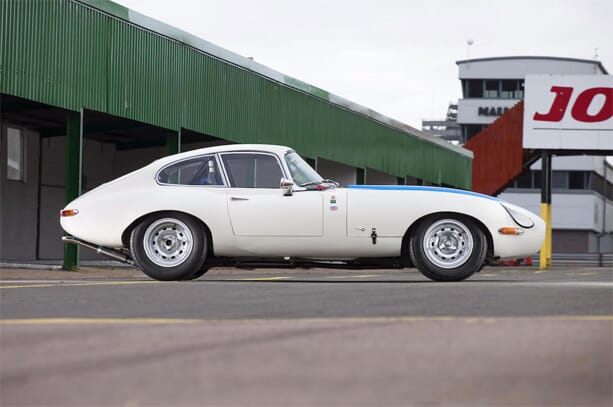 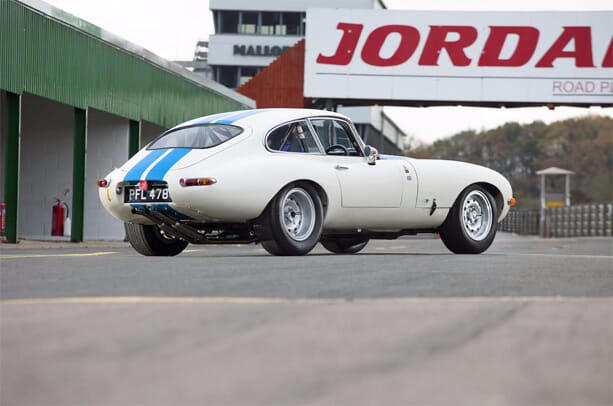 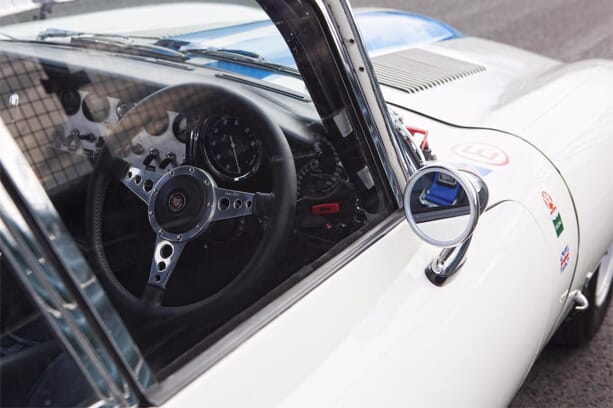