A revolutionary model in automotive design, the Buick Riviera changed the face of muscle cars the moment it was unveiled in 1963.

Inspired by the Corvette-Thunderbird rivalry that epitomised automotive innovation in the mid-1950’s, the Riviera was created to challenge the supremacy of the aforementioned muscle cars. Ford’s ‘personal luxury car’ continued to outsell the Corvette, an upward scale which was heightened through the introduction of the enlarged ‘Square Bird’ between 1958-60. With the Ford’s exponential growth prompting Bill Mitchell, GM’s design chief, to create the Buick to rival the Thunderbird's domination.

A devoted Ferrari enthusiast, Mitchell combined his favourite styling cues and essentials from both manufactures in project XP-715, originally created as the LaSalle II for Cadillac but it was subsequently adopted by Buick as the Riviera. The result ensured that the Riviera boasted enigmatic, aggressive styling, complimented with subtle touches of Ferrari attitude, seemingly the sharp-edged fenders and sloping roofline. The amalgamation of ideas consolidated the Buick as a defining car of a generation. Representing a distinct American attitude, the Riviera became a considerable force in the luxury American car market.

This specific Burgundy Buick looks set to roll up to auction via RM Sotheby’s Paris series on the 3rd February 2016; presented as one of the finest Riviera’s in existence. Almost entirely original, including its original paint and interior, the Riviera has only notched 53,528 miles; making it not only an exemplary showpiece, but also a car that looks set to go the distance for years to come. 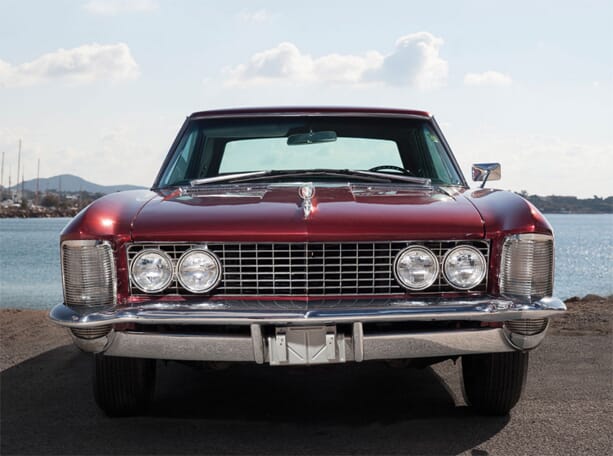 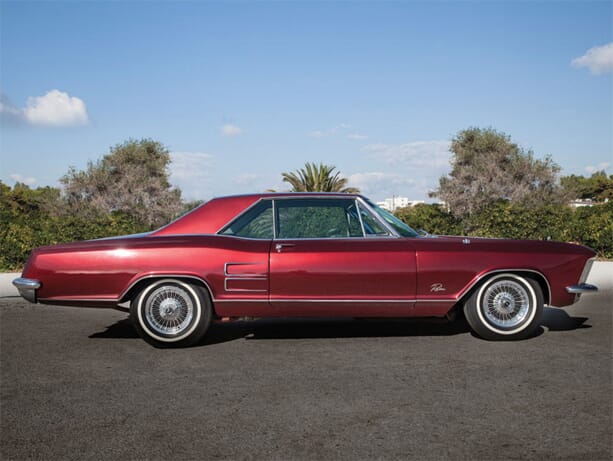 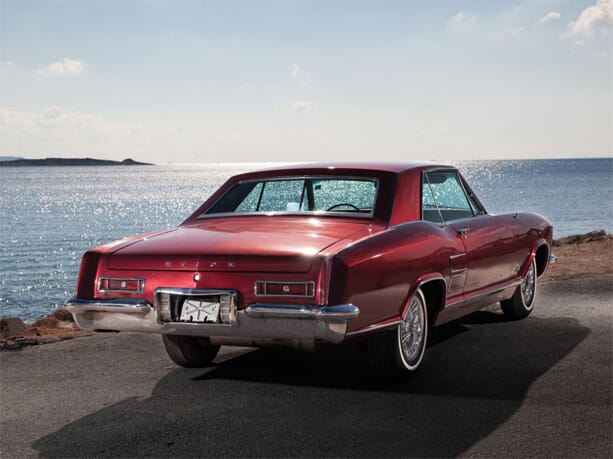 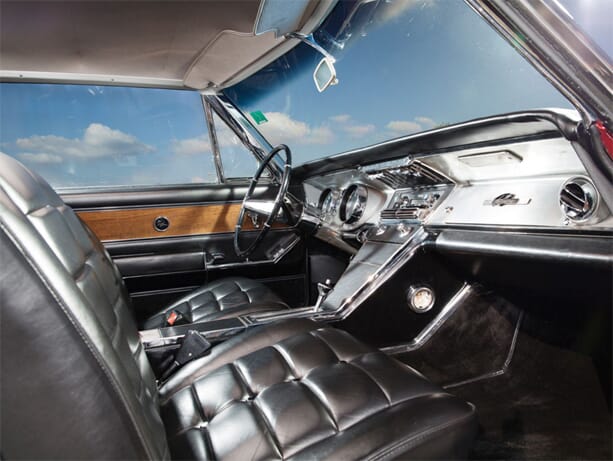