There is a certain charm about a soft-top convertible that no other car can replicate. Stirring up those enchanting emotions is the supremely special 1965 Ferrari 275 GTS by Pininfarina.

Rolling up to auction with RM Sotheby’s as part of their Arizona showcase, from the 28th-29th January 2016 - we’re giving you a suitable two months warning to get saving ahead of the anticipated auction series.

The iconic Ferrari 275 GTS was originally premiered alongside its sister chassis, the 275 GTB, at the 1964 Paris Auto Show. Both cars boasted a 3.3 litre Colombo V12 alongside similar suspension systems, so you would be forgiven to think they are in fact the same cars.  But the contrasting exteriors made them entirely different.

The GTS, designed to break in to the burgeoning American market, was fitted with a grand-touring cabriolet aesthetic; ideal for warm-weather drives. In comparison to its angrier and more enigmatic elder sibling in the form of the GTB, the GTS was styled to be more of an idyllic touring car, equipped with a beautifully trimmed Connolly leather interior and a relaxed seating arrangement. The result did not alter the performance of the GTS though, as it could still reach speeds in excess of 140 mph. Finding the perfect blend of speed and style.

Complete in a clean and contemporary steel grey paintjob with complimenting silver spoke wheel arches, this particular Ferrari 275 GTS provides a rare opportunity to own a convertible car steeped in motoring history.

With previous examples fetching over $2 million at auction, you can keep up to date with this 1965 edition’s progress by heading over to the RM Sotheby’s website. 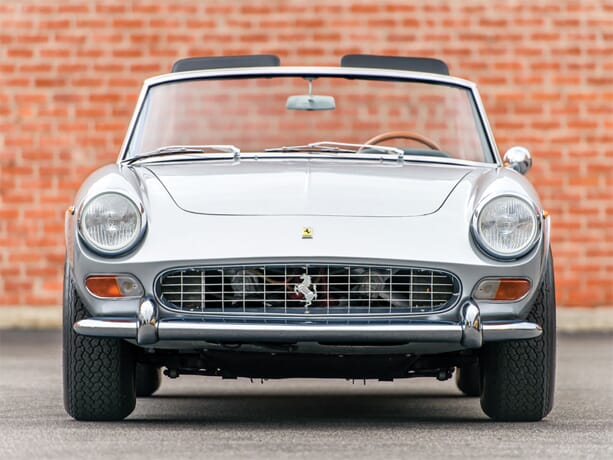 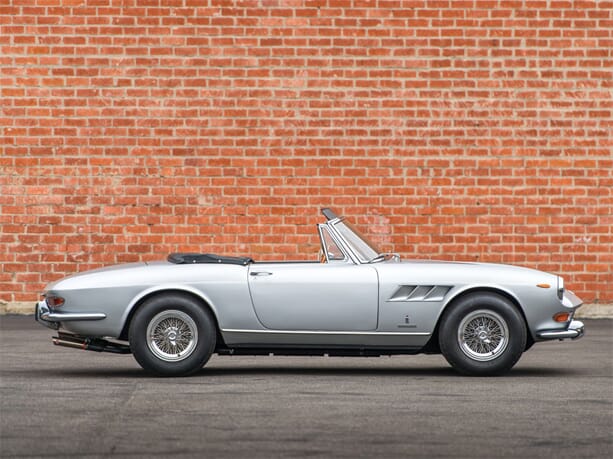 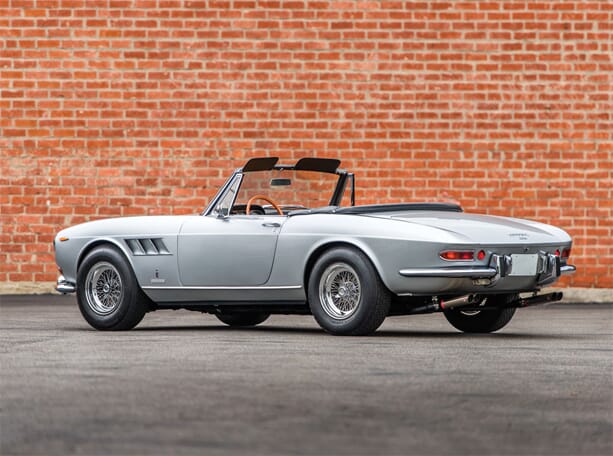 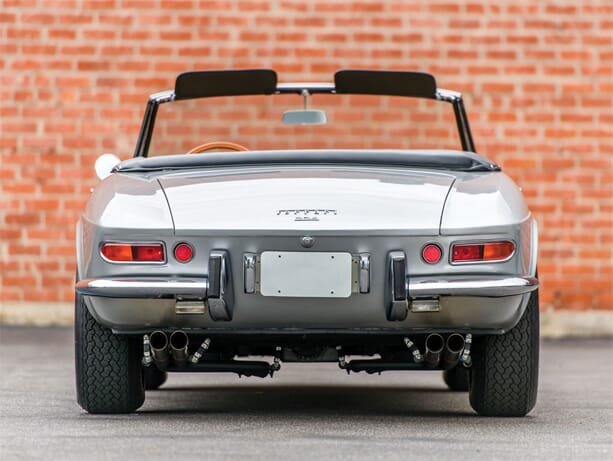