The Jaguar E-Type Series 1 is one of the finest cars in British motoring history, courtesy of its svelte bodywork and innovative engineering.

Originally debuted to widespread applause at the March 1961 Geneva Motor Show, Jaguar continued to improve the E-Type model year after year, until perfect. Which this 1965 model, the first to receive the enlarged 4.2 litre engine and fully restored gearbox, is regarded to be.

The result of the mechanical improvements made for greater torque, which converted into better tractability in every-day-driving. Whilst maintaining its pure form, with no exterior changes made to the model, the 1965 E-Type was more comfortable and responsive than ever before.

Yet the Jaguar’s elegant bodywork was still the E-Type’s greatest asset; revered as a car like nothing ever seen before. This particular 1965 Series 1 E-Type rolls up to auction via RM Sotheby’s Arizona series on 12th March 2016, in its original cream paintwork. The E-Type on display is amongst one of the most highly prized models in the world, as it was one of the last E-Type’s made before safety regulations enforced the alteration of the performance and appearance of the Jaguar.

Beautifully preserved, this elegant E-Type presents the opportunity to own a true British heritage sports car. 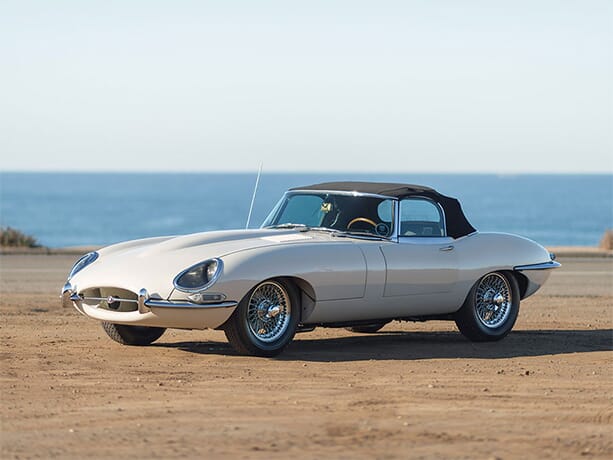 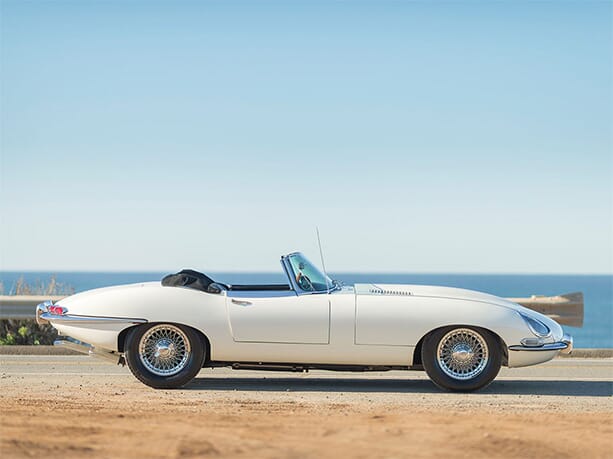 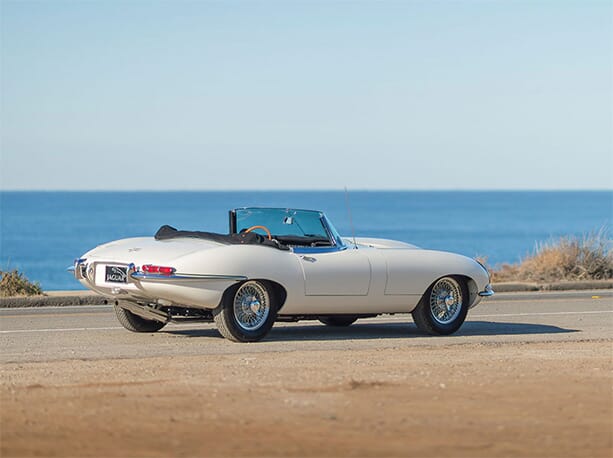 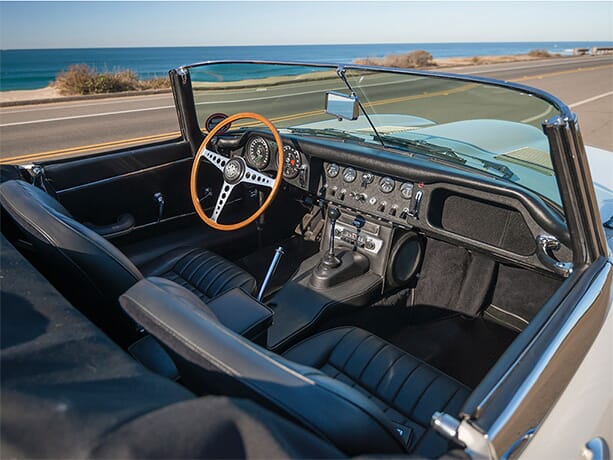 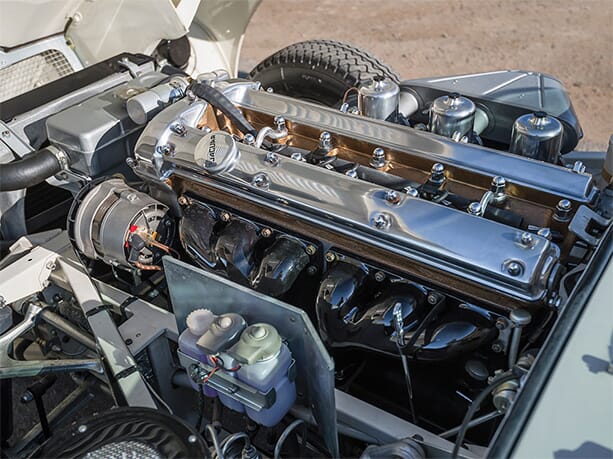 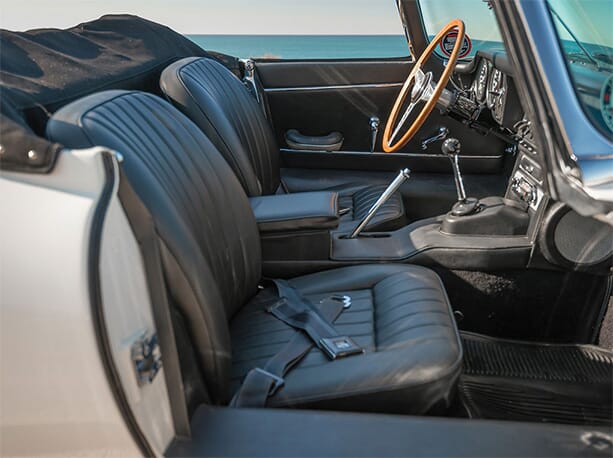 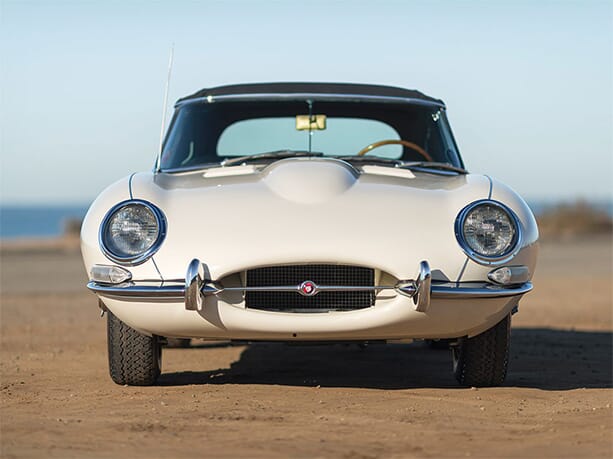 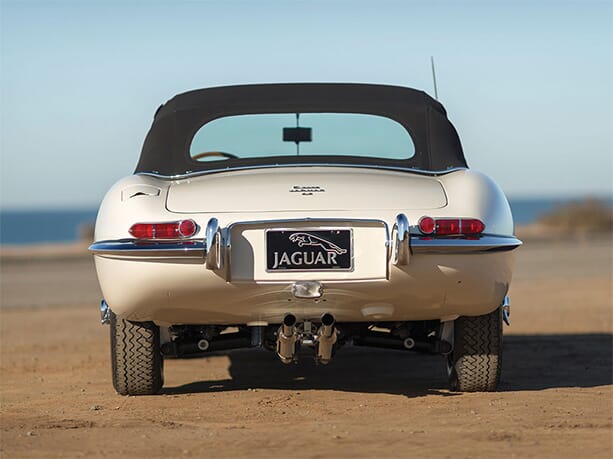