The Shelby GT350 is an undisputed superstar of modern motoring. Proceeding the power of the Ford Mustang, the GT350 was, and still is, a faster, lighter and more enjoyable ride.

Ford’s impeccable K-Code Mustang Fastback formed the basis of the Shelby GT350, yet only five hundred and sixty-two examples of the car were ever built. Which certainly adds to the car's allure, as the GT350 is widely revered as the purest American car ever.

This 1965 GT350 rolls up to auction via RM Sotheby’s Arizona Series, alongside the Lamborghini Miura P400 S previously featured on the OPUMO Magazine, between January 28th -29th 2016.

In the ownership of its current custodian, this GT350 was handed a full restoration to ensure it was equipped to race in vintage rallies worldwide. As a result, the drivability and comfort of the car were immediately addressed; installing a new 289 cubic inch V-8 alongside 313 horsepower driving the rear wheels. The powerful V-8 engine was mated to a five-speed manual transmission, alongside the addition of power steering and power brakes.

Of course, no modern restoration is complete without the addition of air conditioning, a necessity on any long-distance rally. The extensive restoration has been designed to be reversible, so should the new owner decide to return the car to its original format, they can do so with ease. As the original parts removed to form the upgrade, including the original engine, are incorporated in the sale of the Shelby.

Complete in a clean cream exterior with a spectacular blue racing stripe, the Shelby GT350 expertly blends the vintage aesthetic with new and improved drivability and performance. For further auction information, head to the RM Sotheby’s website. 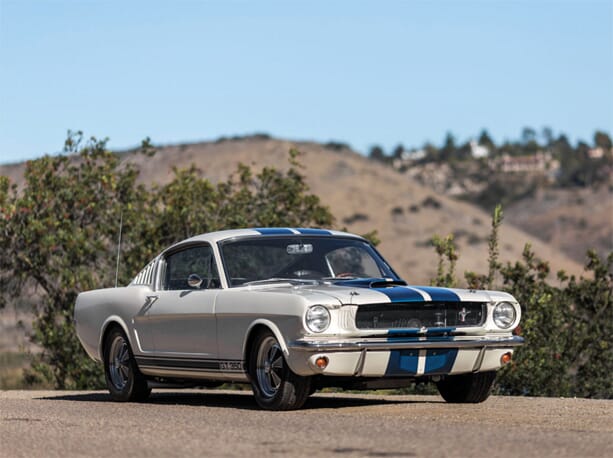 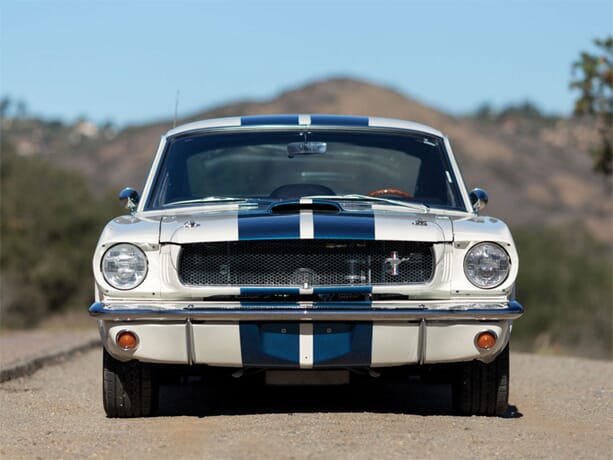 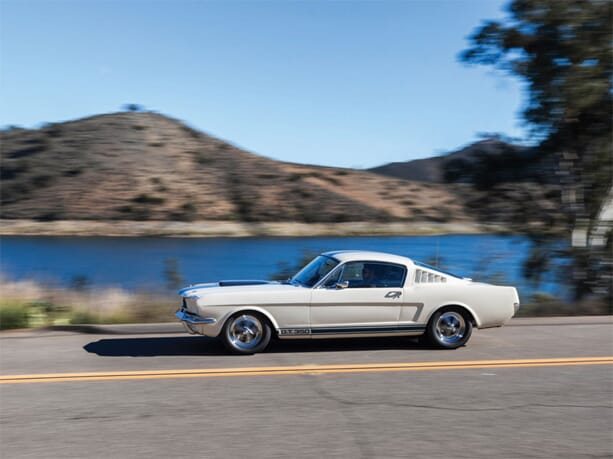 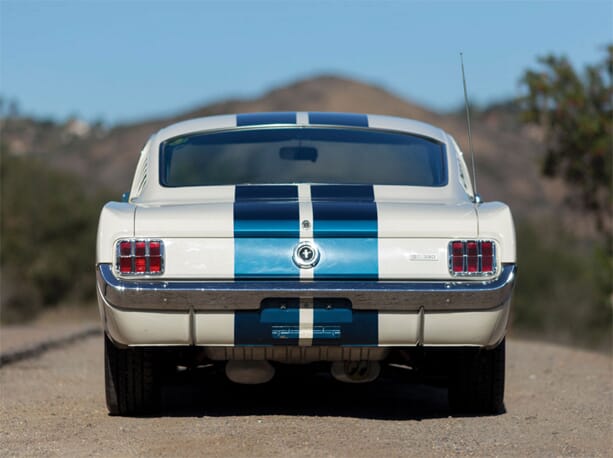 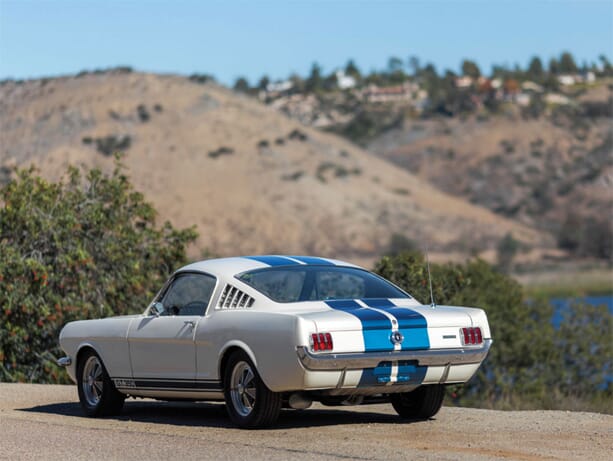 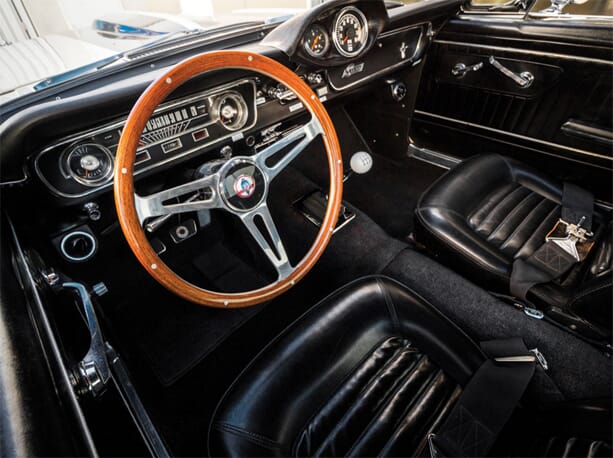