Despite being in constant battle with its younger sibling, the DB5, the Aston Martin DB6 remains one of the world’s best ever grand tourers.

Premiered at the 1965 London Motor Show, the DB6 was developed as an ‘evolutionary approach’ to the DB5, and although everyone holds preference for one or the other, they should both be enjoyed for what they are; two of the finest British cars ever made.

Nevertheless, the DB6 was created to improve the DB5. Retaining much of its predecessor’s appeal, the DB6 also reacted to the concerns over the beleaguered nature of the earlier model. Aston Martin added an extra 3.75 inches to the wheelbase, allowing the roofline to be raised by a further inch. What is more, rear suspension was also shortened, seats were changed for increased comfort and support and an elongated fastback design permitted more headroom. The adjustments improved the DB6; making it a more refined and elegant grand tourer than the previous DB5.

Cosmetic changes, is of course where the division in opinion arises, with the DB6 installed with a split ‘quarter bumper’ on the front and rear to relax the design of the car. Appearing more lucid and sharp, the DB6 was complete with opening front vent windows and rear quarter lights inspired by the DB4GT Zagato.

This spectacular DB6 remains in pristine condition as it heads up to auction via RM Sotheby’s Arizona series on the 28th-29th January 2016. The highly desirable left-hand-drive model has been lovingly reconditioned inside and out; receiving a bare-metal Goodwood Green repaint in 2004. Complete with diamond-patterned tan leather upholstery and green tip piping, this DB6 is brimmed with subtle touches of luxury. However, this particular car also boasts a rich racing history, having competed in numerous race meets worldwide, including the Wheels of Britain and the 2015 Copperstate 1000.

With a racing pedigree to appease the spectacular aesthetic, this 1966 Aston Martin DB6 remains one of the finest cars existence. For more auction information, head over to the RM Sotheby’s website. 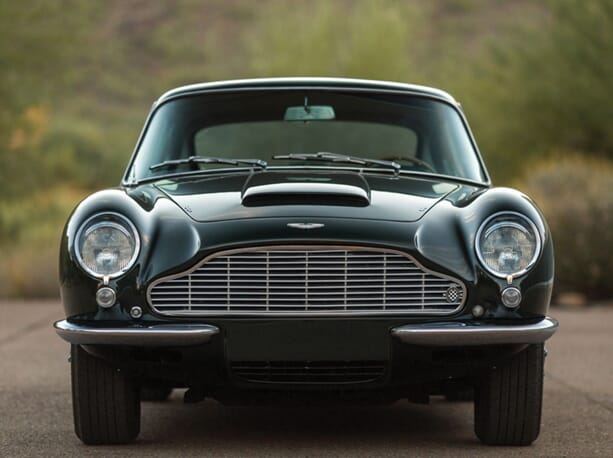 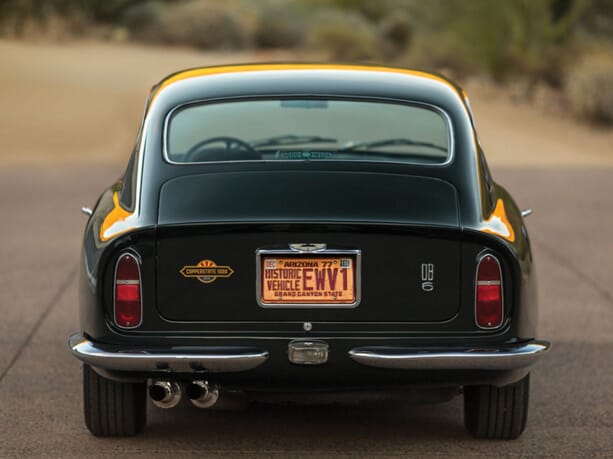 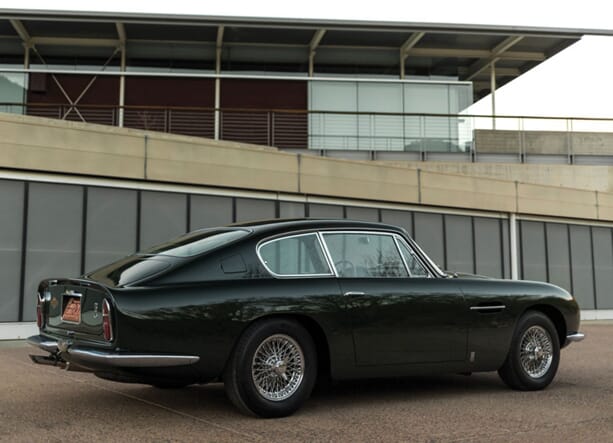 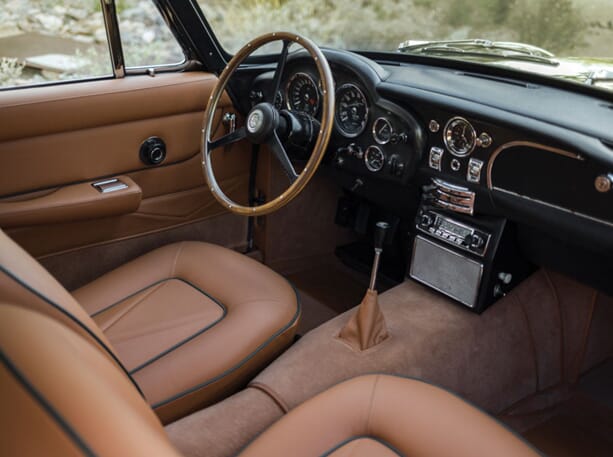 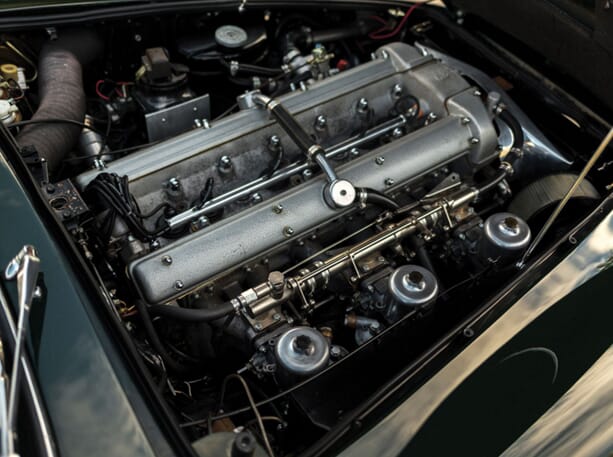