Born as a natural successor to the ‘Grosser’ 770, the Mercedes-Benz 600 Sedan debuted at the Frankfurt Auto Show in 1963 and surpassed expectation; earning a reputation as an all-new, sleeker and stylish sibling to the 770.

With evolution comes expectation, and the 600 Sedan did not disappoint; representing state-of-the-art automotive engineering in every department. The newcomer concealed an exclusive overhead camshaft, a fuel-injected 6.3-litre V8 engine, air suspension with ride control, power assisted steering and central locking. What is more, the Sedan was built to a short-wheelbase saloon, designed to comfortably transport nine passengers in long-wheelbase limousine form; which made the 600 Sedan extremely popular with heads of state and other individuals in positions of power.

Despite the overriding preference for comfort and support, the 600 was endowed with powerful performance; reaching 60mph in a little under 10 seconds alongside a top speed exceeding 125mph.

This specific 1966 600 Sedan rolls up to auction via RM Sotheby’s anticipated Paris auction series on 3rd February 2016, alongside the 1963 Buick Riviera. Sold as new in early 1966, this particular Sedan was ordered, by its first owner, with a host of improvements including single seats, air conditioning, heat absorbing windscreen and side glass. Completing the authenticity of the model, the Sedan is presented in its original medium blue exterior with complimenting petrol blue interior, alongside full service documentation, books and tools.

Formerly a statement of luxury and wealth, the 600 Sedan is an undisputed highlight in Mercedes-Benz formidable 20th production series. A legendary automobile. 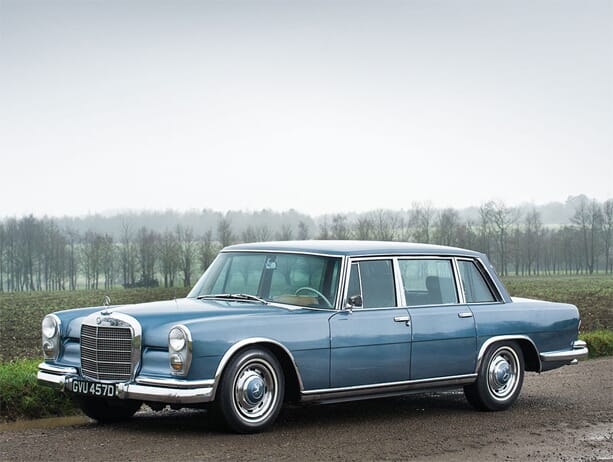 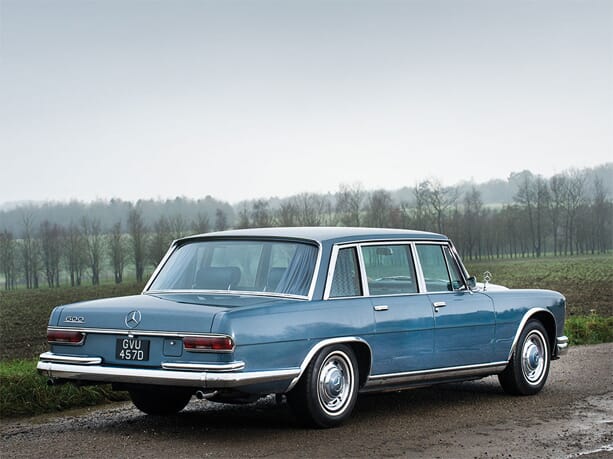 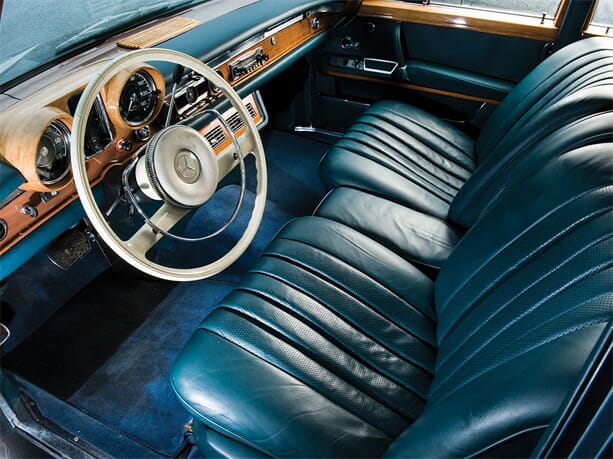 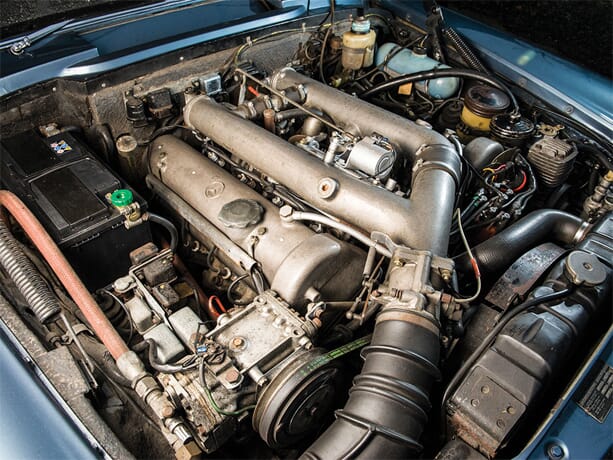