Muscling in on the big three battle against the Ford and the Chrysler, the Chevelle was Chevrolet’s entry in the heated muscle car battle of the 1960’s.

Serving to overpower its competition, a highly tuned 375 horsepower V8 Chevelle became one of General Motor’s most popular and successful cars after its debut in 1964.

On appearance, the styling of the Chevrolet Chevelle SS is archetypal of classic late-60s American Muscle cars- with the Coca-Cola bottle inspired side profile revered as one of the best looking exteriors- eclipsing that of even the Ford Mustang.

Still adorned in the original tuxedo-black paintjob with racing red stripes completing the iconic aesthetic, the Chevelle SS captures the excitement and personality of the original model and updates it with modern mechanisms to beautifully entwine the best of both worlds.

The interior is also widely regarded to be as impressive as any SS in existence. Featuring Strato bucket seats, centre console and soft-ray tinted windshield the interior is complete in sleek all-black leather upholstery for a touch of luxury amongst the raw, imitable power of the Chevelle.

Now one of the most exemplary Chevrolet Chevelle SS’s in existence, it is expected to earn between $55,000 and $65,000 USD when it rolls up to auction at the Auctions America Hilton Head Island event on the 31st of October 2015.

As stout and impressive as it was the day it was originally conceived, this Chevrolet Chevelle SS is ready to be enjoyed; be it on the showcasing plinths of car exhibits worldwide or accelerating through your favourite streets. 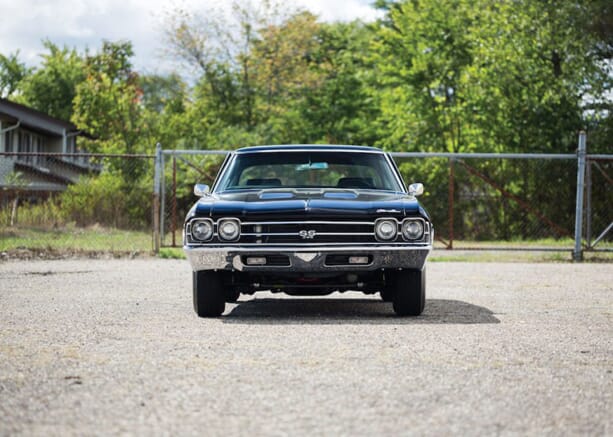 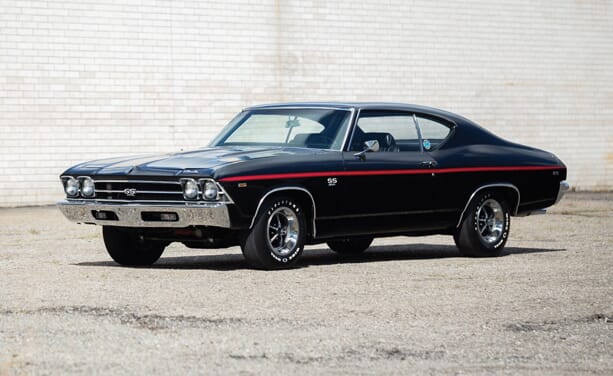 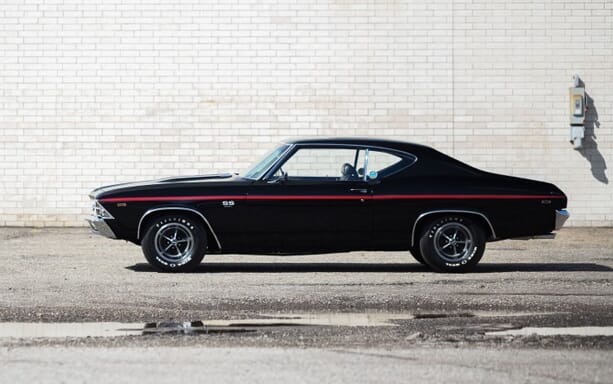 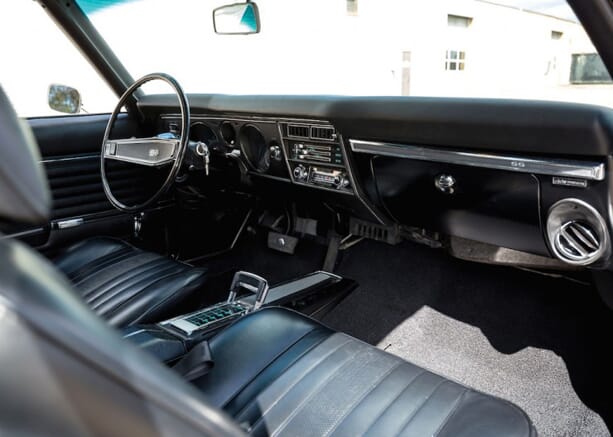 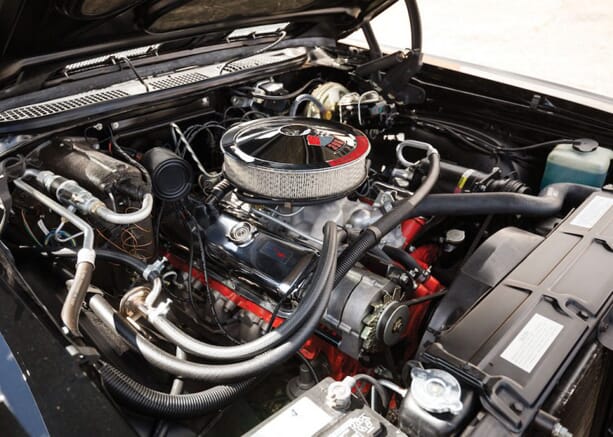