Illustrating the harmonious relationship of Ferrari and motorsports.

This Ferrari 365 GTB4 N.A.R.T was born out of a mistake; a fruitful and celebratory one at that, though. To give some context, racing at the time of the 365's conception was hotly contested  between Porsche and Ferrari. With both battling for the top spot in the market, it prompted the birth of a plethora of 5- litre race cars - all capable of reaching breakneck speeds in spectacularly short times.

In 1969 Luigi Chinetti had his own Ferrari Daytona prototype, but it was made so close to the deadline of  Le Mans that he had to drive it across the Alps himself. However it was unable to compete in the iconic race meet due to it crashing during the practice runs prior to the event. Undeterred, Chinetti hunted down a road version of the Daytona. The car was modified in a very short space of time; so short, that the car went straight out the box and on to the race grid, with no time for practice. Chinetti’s son, Luigi ‘Coco’ Chinetti Jr, drove the 365 alongside co-driver Bob Grossman.

Throughout the night the car powered along and was cushioned by its heavy chassis. The next day when the race ended, the final results showed a strong  5th place finish for the car which came in a whole 8 laps ahead of the GT cars designed with greater time and money than that of the Ferrari.

The N.A.R.T’s decision to pit the Daytona against the heavyweights of the racetrack set forward a precedent for Ferrari, which even Enzo himself took notice of. Fast forward to 1971, when 3 Ferrari Daytona’s entered the Le Mans and dominated the top ten again, with the cars finishing from 5th to 9th.

The car steeped in racing pedigree and history rolls up to auction via Keno Brother’s 'Rolling Sculpture' auction on the 19th November 2015. It's a definite must have for any Ferrari or motor sport devotee. 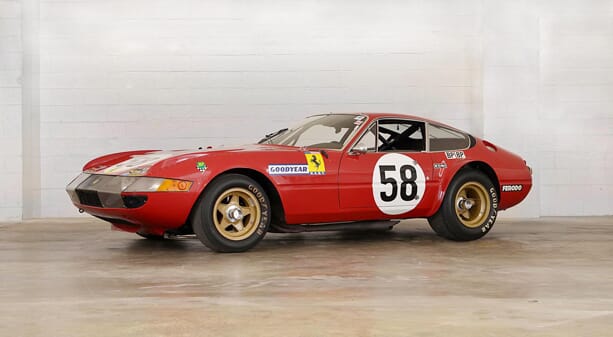 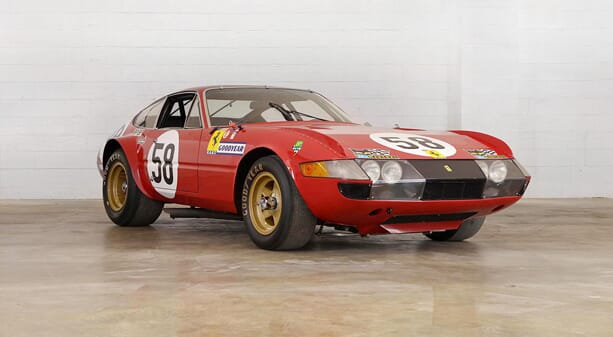 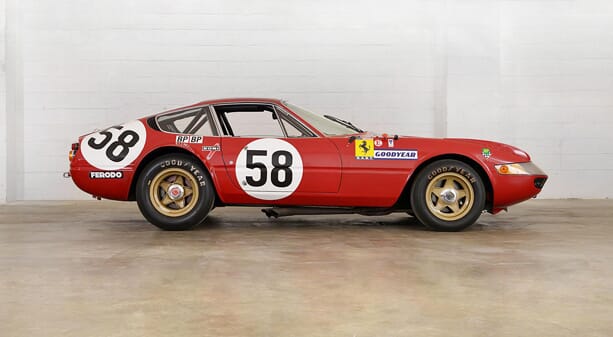 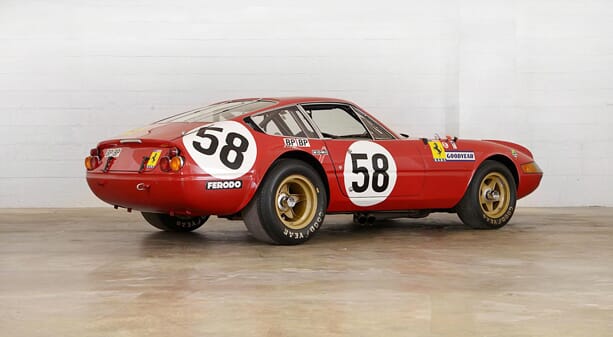 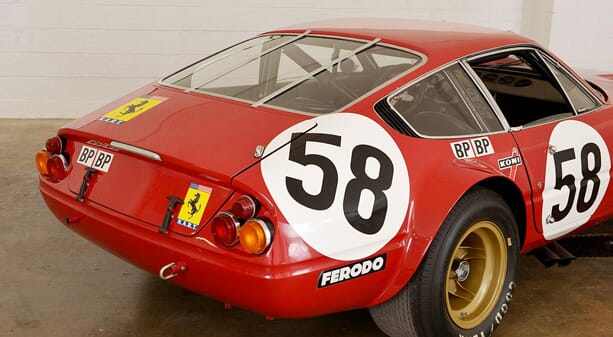 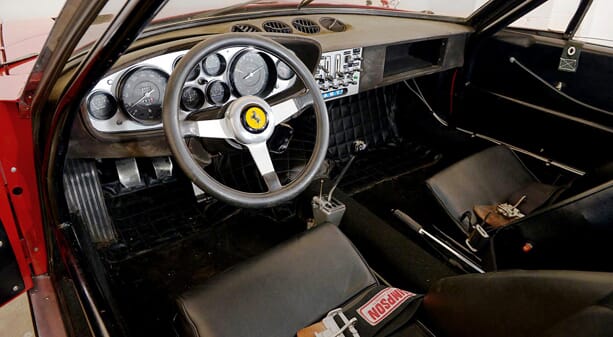 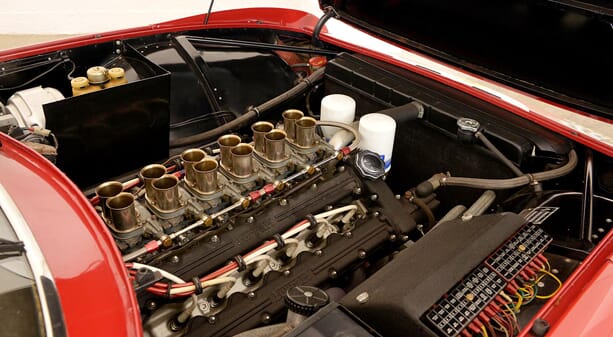